As we were expecting, favorable conditions for severe weather outbreak verified across the Midwest yesterday afternoon an evening hours, Saturday March 28th. Several tornadoes have been reported across Iowa, Arkansas, and Illinois, severe storms with damaging winds across the Tennessee valley. The city of Jonesboro in the northeast Arkansas state was hit by a destructive tornado, leaving at least 6 injured and significant damage across the city. 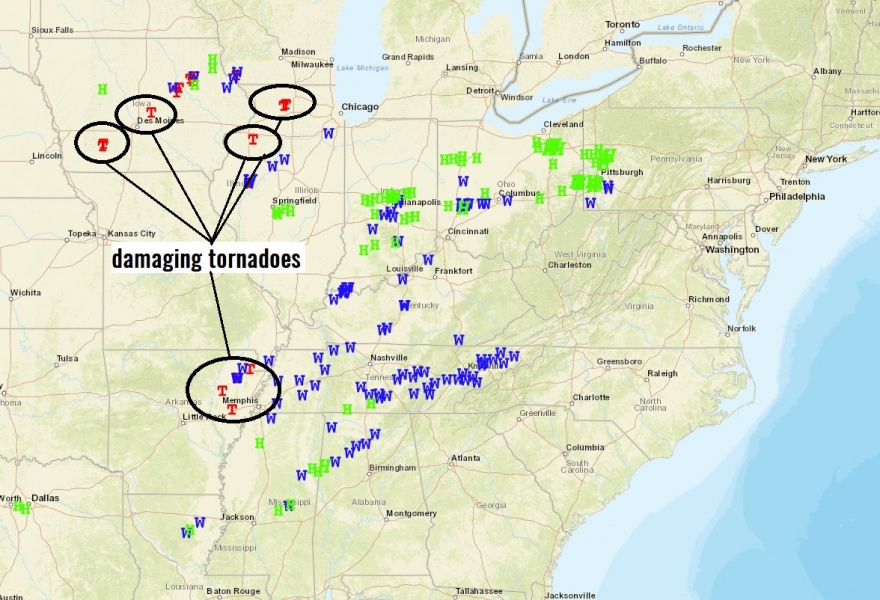 In Jonesboro, an airport, a shopping mall, and various local business buildings were badly damaged. Several cars on a freight train were knocked over, including numerous vehicles also overturned and pushed into ditches in the city. 6 people have been reported injured, fortunately, no loss of life has been reported so far.

Here are satellite and radar imagery of the Jonesboro, AR tornado and the general situation as seen from the satellite. Several severe storms can be seen ripping through northeast Arkansas and Iowa: 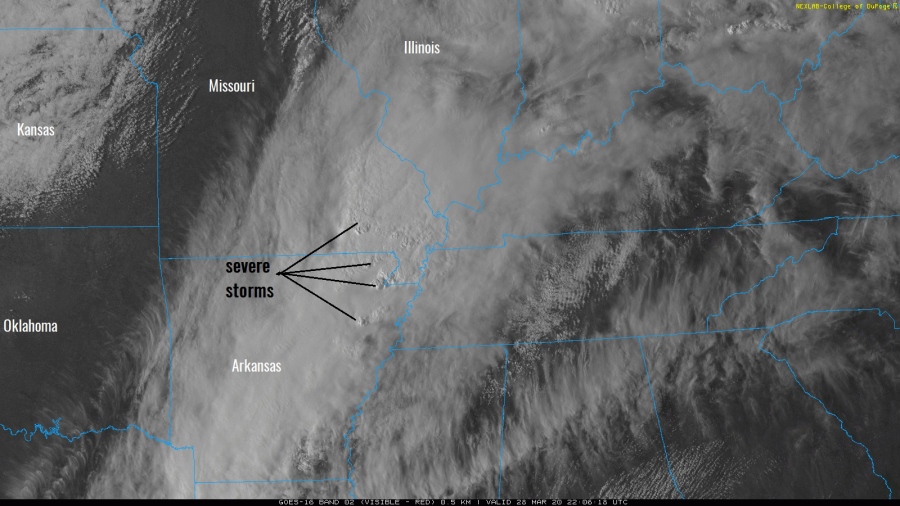 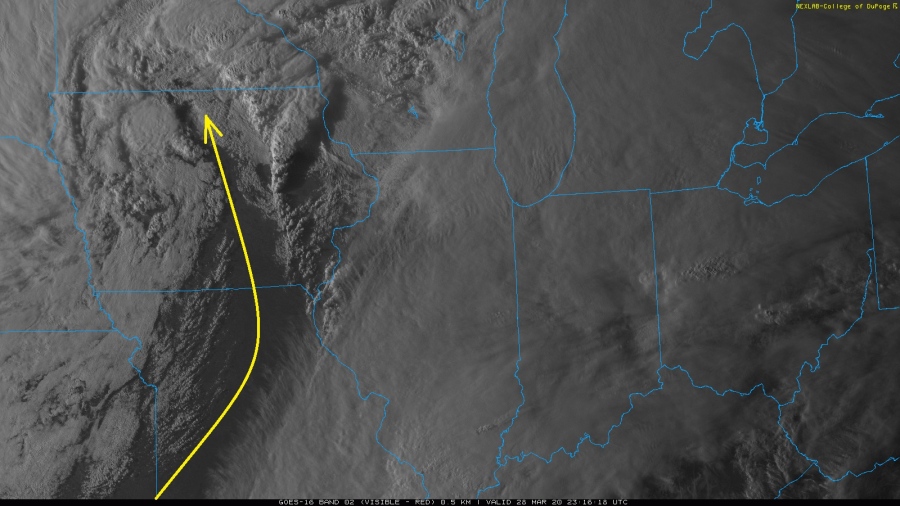 While storms to the south continue to have rotation and a #tornado threat, others develop farther north around the swirling core of the cyclone as the sun sets pic.twitter.com/agkshhKycj

1st report of the day of #tornado damage was with these low-topped cells #iawx pic.twitter.com/MQLfBTnzcd

Here are some of the most significant videos of the tornadoes, most of the footage is of the Jonesboro event:

This ladies and gentlemen is not a safe distance to be filming a #tornado in progress. This one s from #Jonesboro earlier today. pic.twitter.com/4urbC37zj7

Live video of the violent #tornado in Jonesboro. #arwx pic.twitter.com/pz9k5goKXD

🌪️ CAUGHT ON CAMERA: Watch as a #tornado moved through the #Jonesboro, #Arkansas area moments ago on this @myARDOT traffic camera. #ARwx 🌪️ pic.twitter.com/CTj6BLDAIT

A tornado has been very strong one, leaving a severe destruction across parts of Jonesboro:

Some of the tornado damage around Jonesboro, AR from the Snapchat stories map. Interesting way to view ground information FAST #arwx #tornado pic.twitter.com/RkutUWLJuD

Some of the first videos of damage in Jonesboro are being shared on social media. Bad situation. #arwx #tornado #jonesboro

VIDEO: Jonesboro AR – Footage of what used to be part of a car in the mall parking lot after a large violent #tornado went through the area! #arwx via snapmap @ReedTimmerAccu @spann @CherylScottWX pic.twitter.com/QRAL9PSyIG

The frontal system is now moving over the Great Lakes, but the severe threat will be less defined given the lack of moisture in the region. So some severe weather will remain possible across the portion of the upper Ohio Valley into the interior Mid-Atlantic. A SLGT risk has been issued for this afternoon and evening.