A prolonged rain has brought more than 550 mm of rain across parts of the East Fjords, Iceland, and cause a major disaster with damaging landslides in the town of Seyðisfjörður. The whole town was evacuated on Friday, being under a state of emergency due to landslide risk. Weather is improving as no more extreme rain is expected in the coming days.

On Dec 10th, we have been discussing the dangerous weather pattern developing over Iceland – a tremendous amount of orographic rain was expected across the eastern and southeastern parts of the country for the following 5-10 days.

The weather forecast has verified with the long-lasting heavy rain ongoing for days, causing a major disaster with damaging landslides over the town Seyðisfjörður* in eastern Iceland.

*Seyðisfjörður is a town and municipality in the Eastern Region of Iceland at the innermost point of the fjord of the same name. A road over Fjarðarheiði mountain pass connects Seyðisfjörður to the rest of Iceland; 27 kilometers to the ring road and Egilsstaðir. 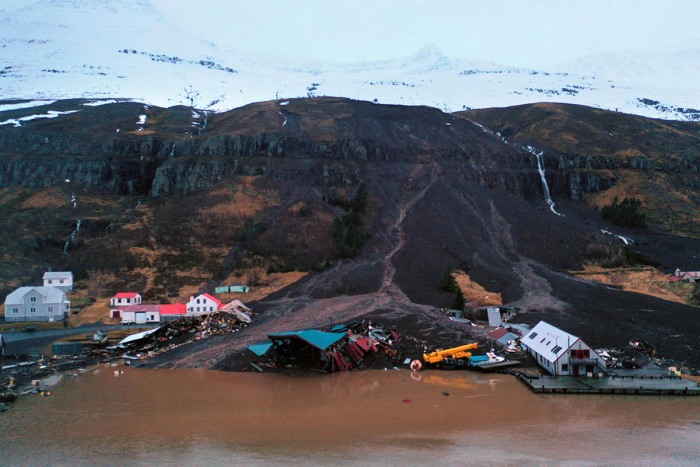 The town was evacuated on Friday this week after a landslide damaged at least ten residential houses. Only the first responders, meteorologists and an electrical repair team has been allowed to enter the town since Friday night, due to dangerous conditions underway.

The residents are staying with friends and family or at hotels in nearby communities since then. 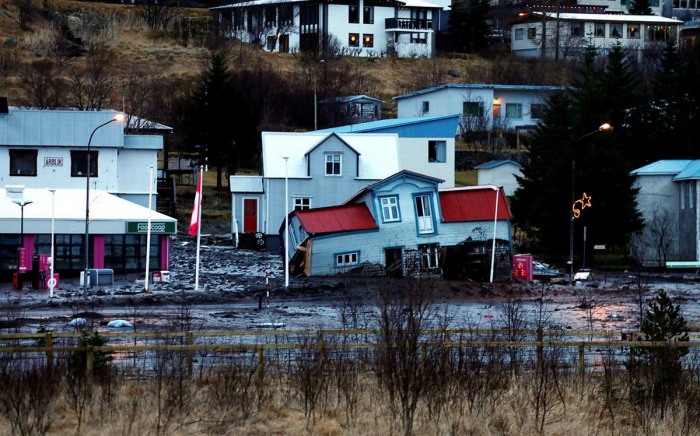 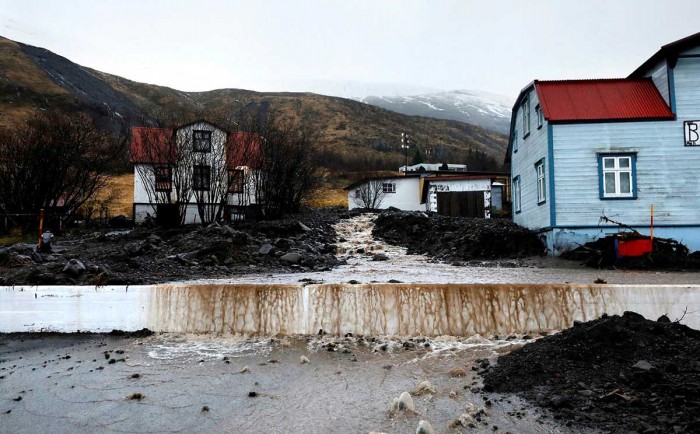 The upcoming weather pattern over the North Atlantic is not favorable for rainfall events in the region anymore, so it should improve. Attached below is a video animation of developing weather through the remainder of December:

The Icelandic Met Office climate specialist, Kristín Björg Ólafsdóttir, has reported that an extreme amount of precipitation (rainfall) was observed in the town of Seyðisfjörður this week. There was an outstanding 570 mm (22.44 inches) of rain over the 5-day period between December 14th and 18th, the highest amount of rain on record for Iceland!

By comparison, the average annual precipitation in the capital Reykjavík (located in the southwestern part of Iceland) is 860 mm (33.86 inches).

MAJOR LANDSLIDES FROM TUESDAY TO FRIDAY

On Friday afternoon, a large landslide occurred in Seyðisfjörður, the East Fjords, severely damaging at least ten homes. Fortunately, no injuries have been reported. A Department of Civil Protection and Emergency Management raised the alert to the state of emergency in the town. 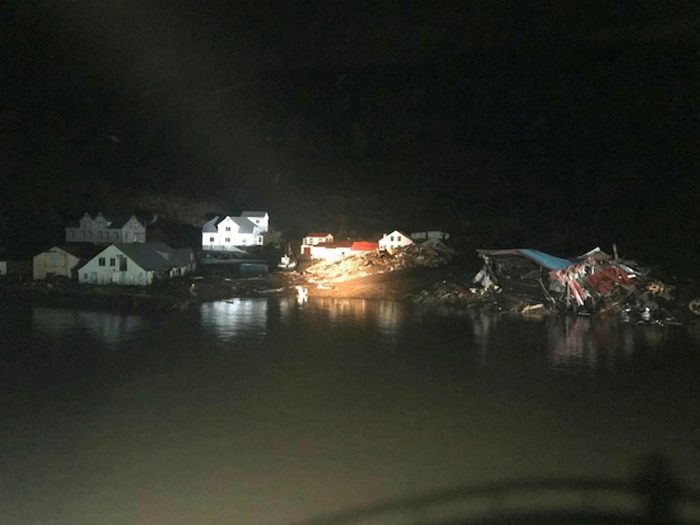 Through Friday night, the whole town was evacuated, as well as parts of the nearby town of Eskifjörður. More than 600 people live in Seyðisfjörður. Some residents were able to spend the night with friends and relatives in nearby communities, others at a hotel.

All traffic has been prohibited in Seyðisfjörður. An alert phase is still in effect in the town, due to the risk of additional landslides. 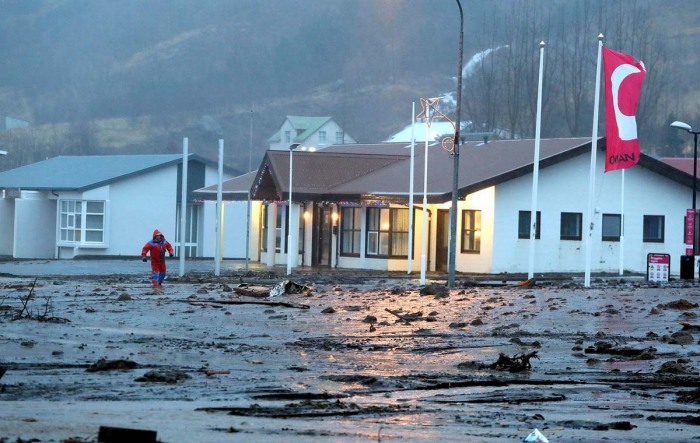 After a week of unseasonably excessive rainfall, several landslides have occurred in the town since Tuesday. The amount of rain has been beyond exceptional for the area, as a result of the prevailing southeasterly winds delivering high moisture from the Atlantic into the higher terrain on the East Fjords.

Completely soaked ground could not hold the water anymore, and several damaging landslides occurred. One of the landslides hit a wooden house, sweeping it off its foundation and carrying it for a distance of about 50 meters afterward. 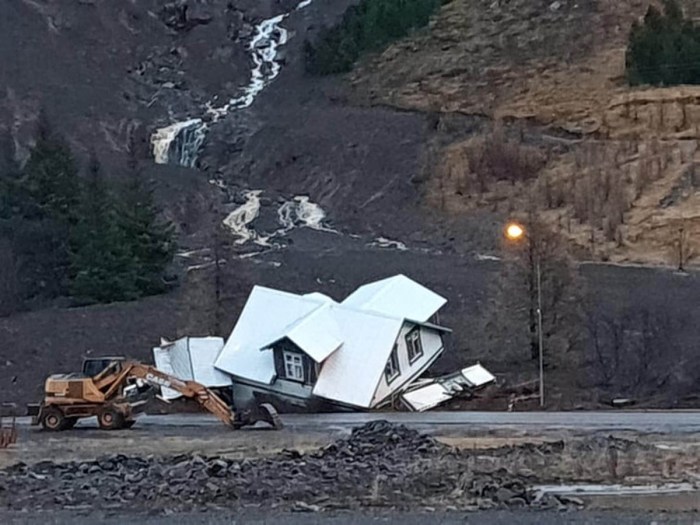 According to Chief Inspector Þórhallur Árnason, such continuous excessive rain only occurs once every 50 years. 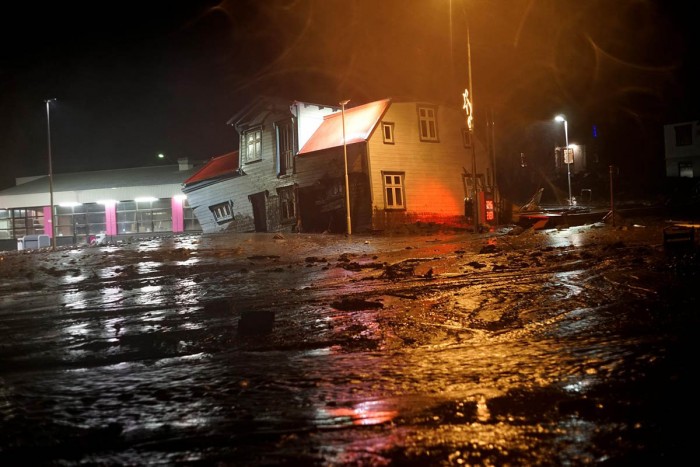 According to the Icelandic Met Office report on Sunday afternoon, Dec 10th:

Evacuation has been lifted in Eskifjörður, where houses were evacuated on Thursday. There was a lot of movement in two places in Oddsskarðsvegur, above the town, and cracks opened in the asphalt. The situation has been closely monitored since then and fixed points were measured yesterday and today, Sunday. There has been little movement since yesterday and there is no evidence that a large area has been in motion.

Therefore, there is no current risk of landslides following these movements. The situation in the area will continue to be monitored and measurements will be made regularly in the near future. 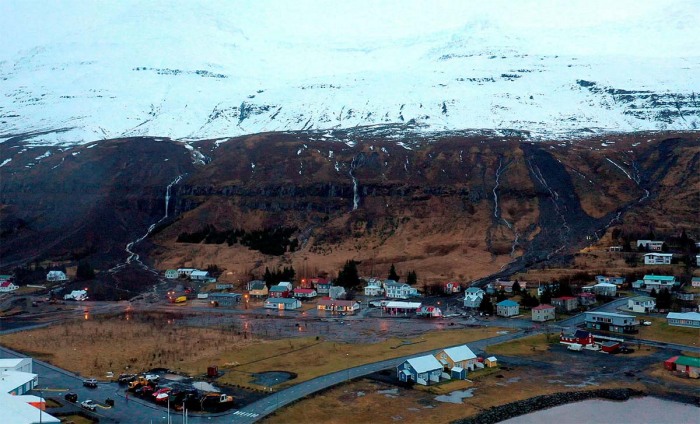 Surveillance experts from the Icelandic Meteorological Office, together with partners, have assessed the risk of further landslides in Seyðisfjörður. There is still a risk of landslides in certain areas and they will continue to be evacuated. Residents living outside those areas will be allowed to return. 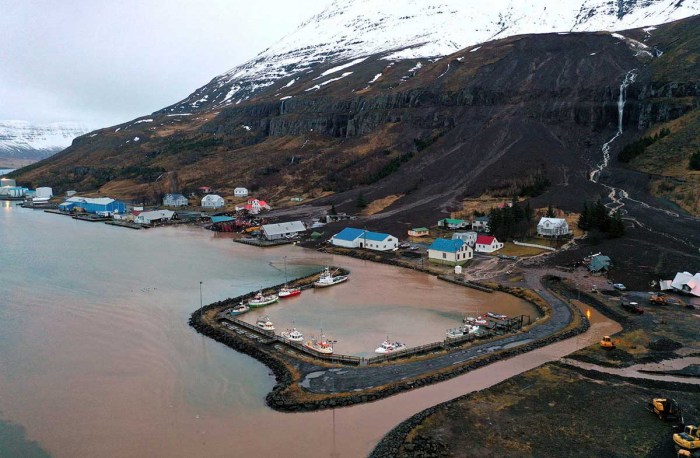 The Icelandic Met Office’s avalanche and landslide specialist noted, that more landslides cannot be ruled out in the coming days. An alert is still in effect for Seyðisfjörður due to the risk of landslides.

But there is improving weather coming up now, as the rainy periods have vanished. Finally.

NO EXTREME RAIN IS FORECAST AGAIN

According to the available weather models over Europe and the North Atlantic, the pattern change upcoming this Christmas week will be unfavorable for any prolonged rain period over Iceland. Especially over the East Fjords where the disaster happened. 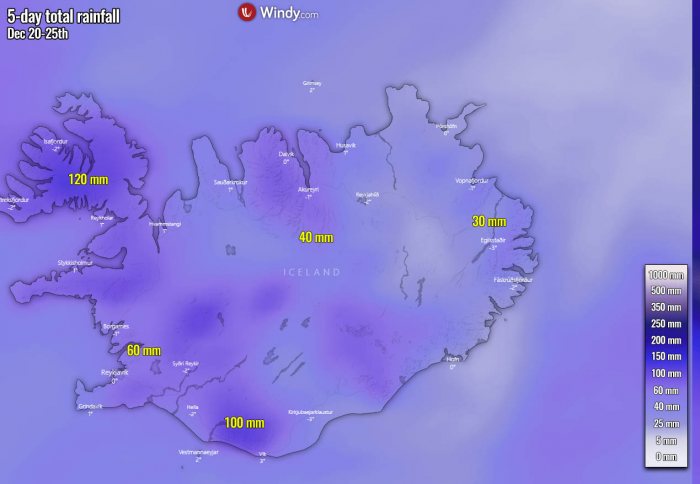 There is some rain coming up over the next 5 days, but it will be rather a small amount. Potentially around 30 mm of rain only over the region, so it should not worsen the ongoing situation in Seyðisfjörður or nearby towns.