As expected by most of the global and high-resolution models, ex-hurricane Leslie made intense landfall in western Portugal during the night October 13/14th. A sting jet most likely developed on its rear side (southwest quadrant of the storm) and resulted in extremely severe wind gusts up to almost 180 km/h.

Storm Leslie made landfall with top sustained winds of 70 mph (115 km/h), just 3 hours after being declared post-tropical. Leslie maintained hurricane status into the far Eastern Atlantic to a location where no hurricane had ever been observed: just 200 miles west of Portugal at 15 UTC, Oct 13th. At 18 UTC, Leslie arrived over the cold 20 °C Atlantic sea waters while the cold front on its northwest accelerated it. Leslie then became an intense extra-tropical storm.

Leslie then soon made the transition from tropical into an extra-tropical storm. It rapidly moved towards the coast of Portugal in the evening hours. Attached is the Infrared satellite animation of the storm nearing Portugal. 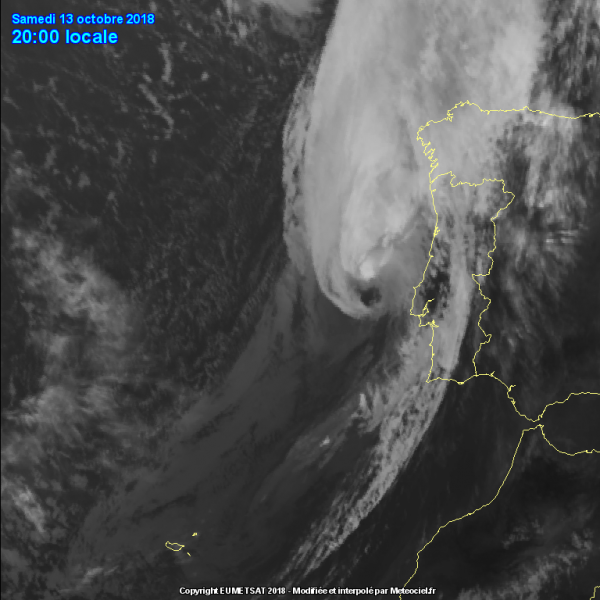 Radar image animation by the IPMA agency revealed a healthy developed sting jet signature just an hour prior to the landfall of Leslie near the city of Porto. A sting jet is a relatively localized jet of rapidly descending cold air inside a deep extratropical cyclone. It can bring wind gusts in excess of 150 km/h and cause extensive damage. 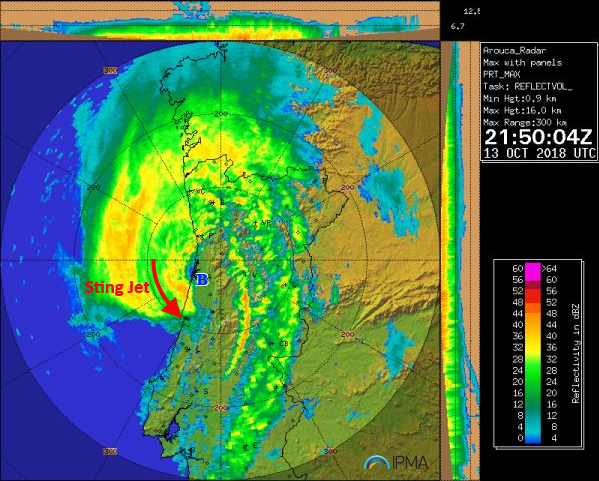 Here are the peak values recorded by the Meteorological Agency of Portugal – IPMA (www.IPMA.pt) during the late evening of October 13th: 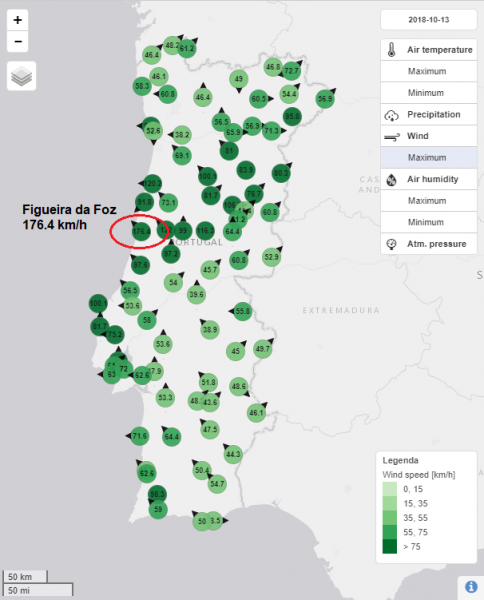 Extensive damage in the town of Figueira da Foz where peak gusts up to 176.4 km/h was reported, numerous uprooted trees, damaged roofs, and overturned trailers were reported!

Learn more about sting jets: What is a sting jet