Another interesting event coming for Iberian peninsula tonight and Monday morning. Remnants of the ex-hurricane Michael have re-organized again the past 24 hours into a new extra-tropical cyclone and are nearing the Bay of Biscay tonight. While weakening, the cyclone is expected to hit NW Spain tomorrow morning and bring some rain and gusty winds into the region.

Evening IR satellite image of ex-Michael approaching NW Iberian peninsula. Remnants of extra-tropical storm Leslie are visible over eastern half of Spain as well, resulting in excessive rainfall with severe storms along the cold front. Below is also a 500 mb chart analysis as 12 UTC today: both systems are easily visible as a short-wave troughs. 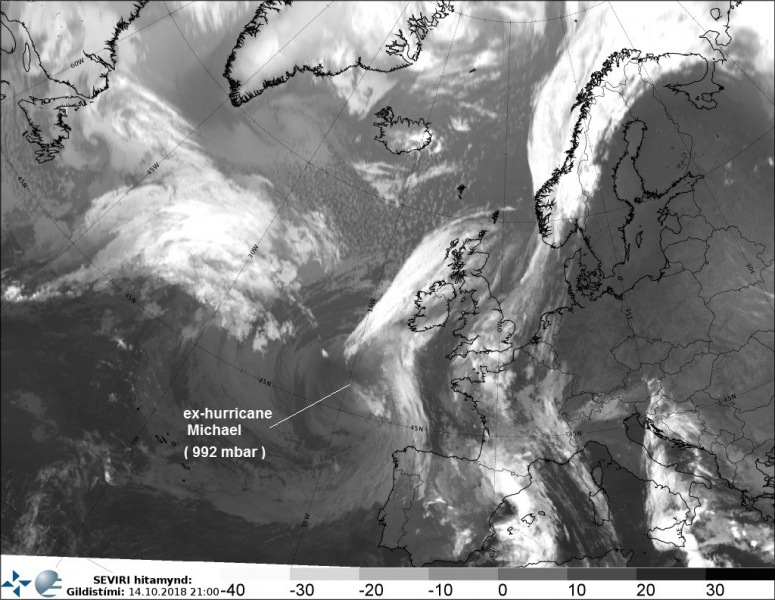 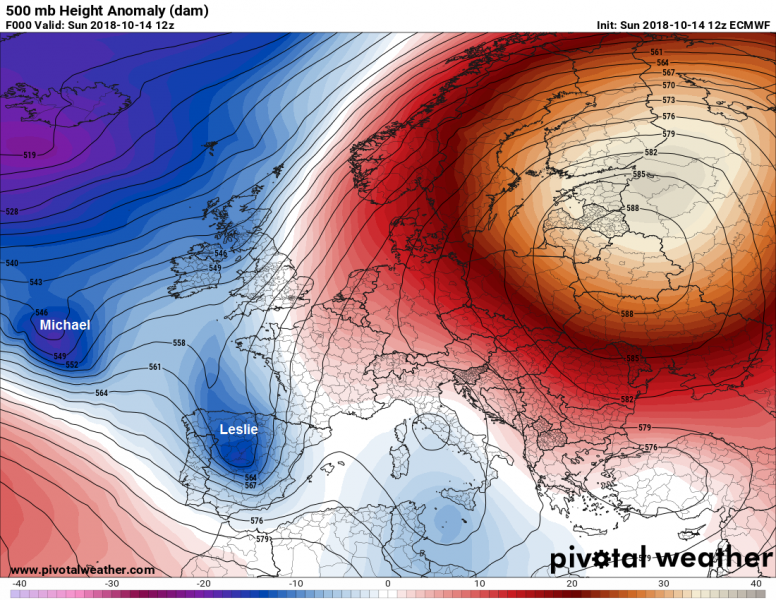 Surface analysis reveals the central pressure around 992 mbar this evening, while Michael was even deeper (around 982 mbar) earlier today further west and has been weakening since then. 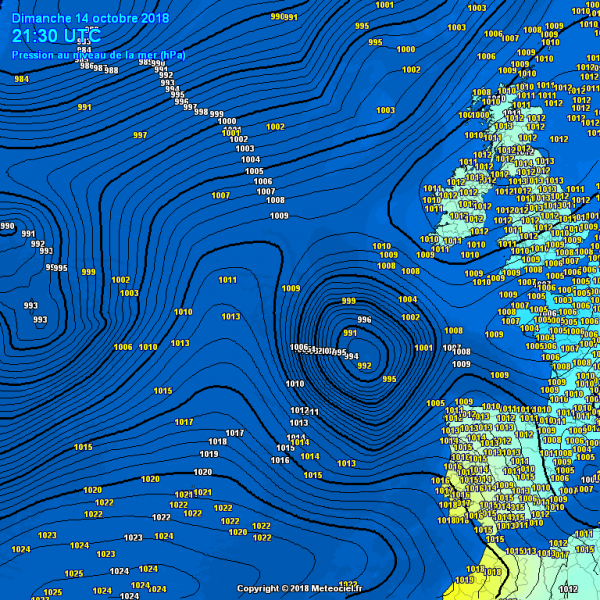 6-hour sequence of wind gusts associated with ex-Michael for tonight and tomorrow morning, Monday Oct 15th. Impact of the cyclone is expected through the morning hours while landfall seems to be in late morning into Galicia region, NW Spain. Some gusts could reach 70-90 km/h. 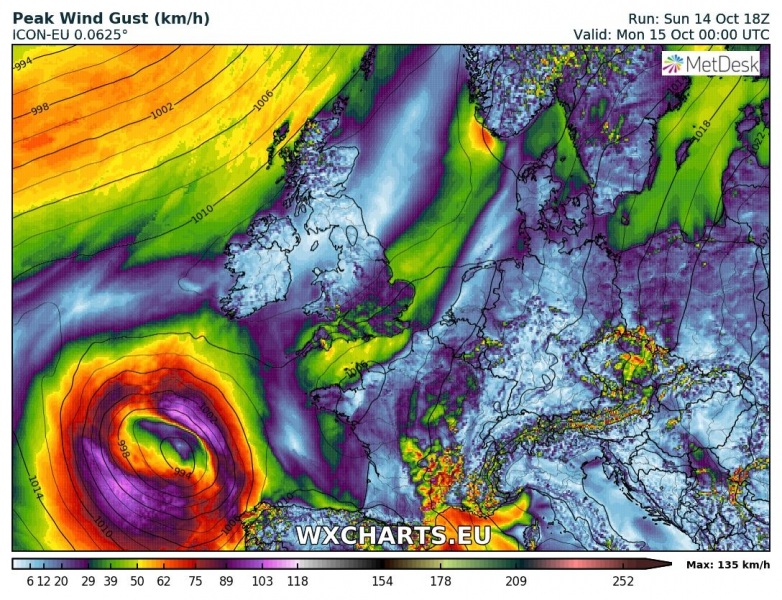 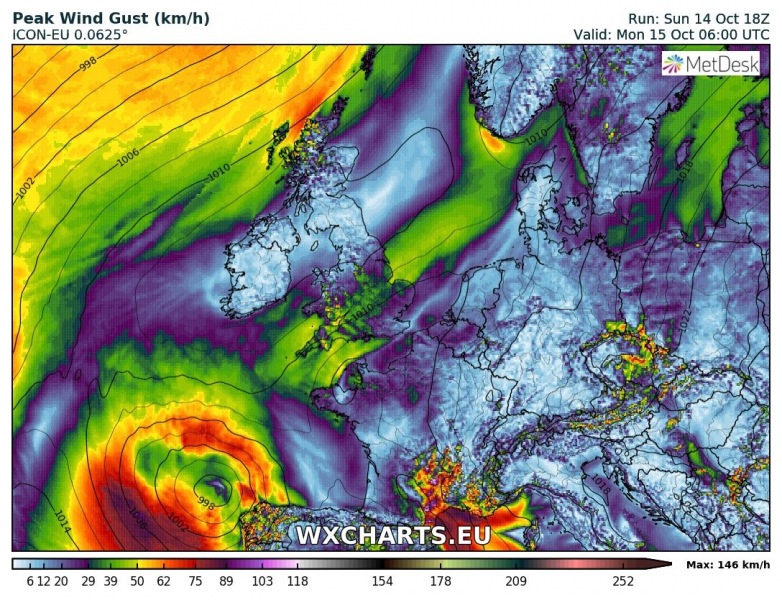 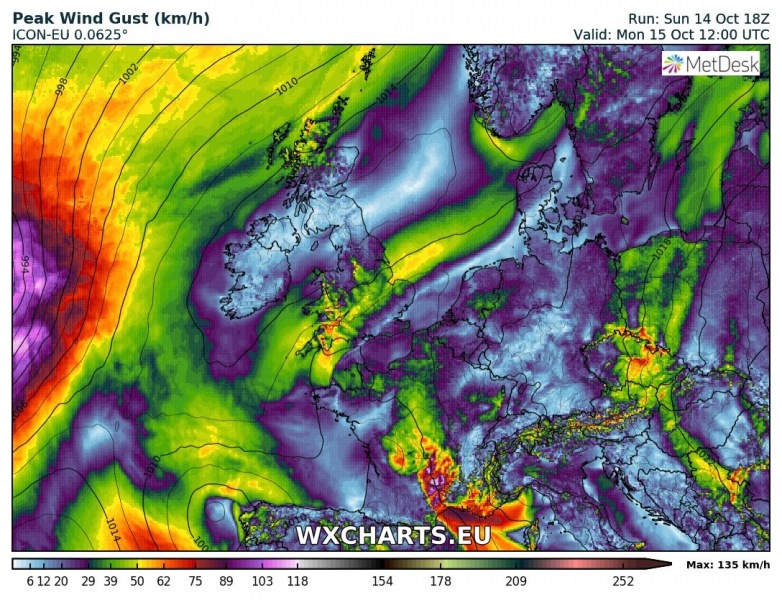 Stay tuned for updates in the morning.