Reports of major damage to airplanes during the July 27 Istanbul, Turkey severe hailstorm have sparked some vivid discussions about the authenticity of these reports. Indeed, several airplanes landing at Istanbul Atatürk Airport were damaged by the hailstorm, with damage localized to the nose and windshield. The most severe case was the Atlas Global Airbus A320 which had visibility reduced to zero due to windshield damage – the airplane landed safely with all passengers on board unharmed. 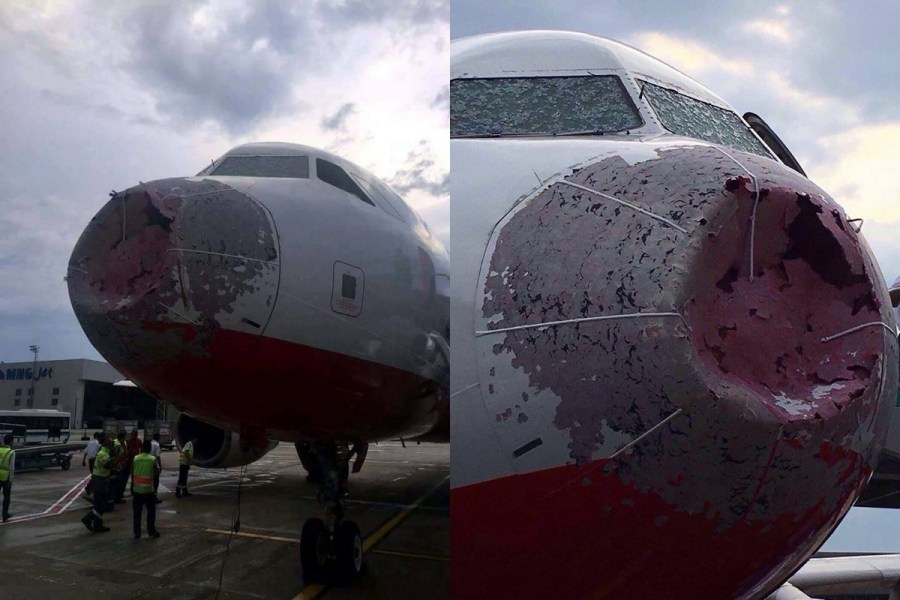 As reported in detail, Istanbul was hit by a severe supercell thunderstorm in the afternoon of July 27. The storm produced an intense hailstorm with hail up to 9 cm (4″) in diameter. 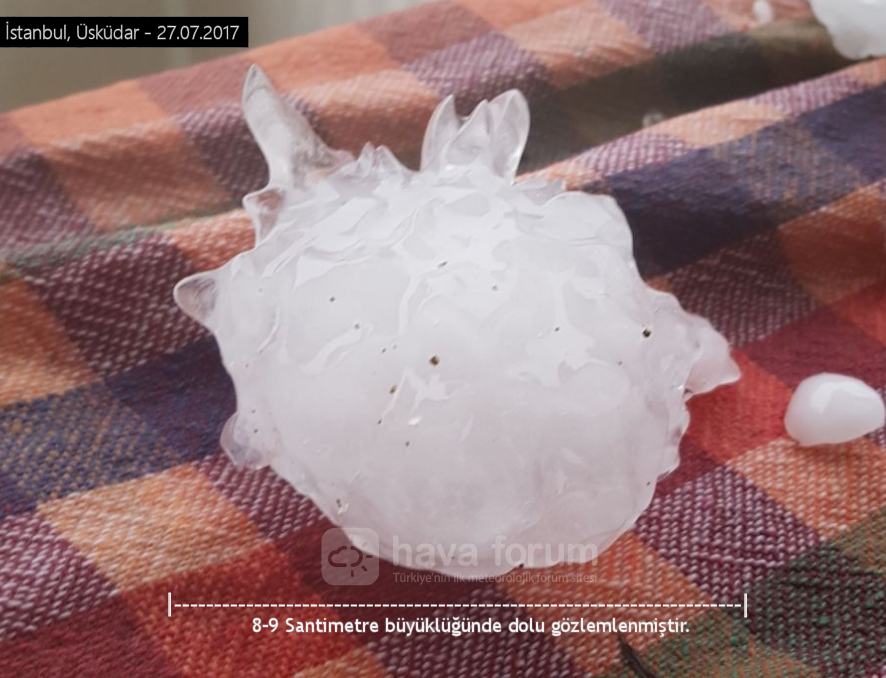 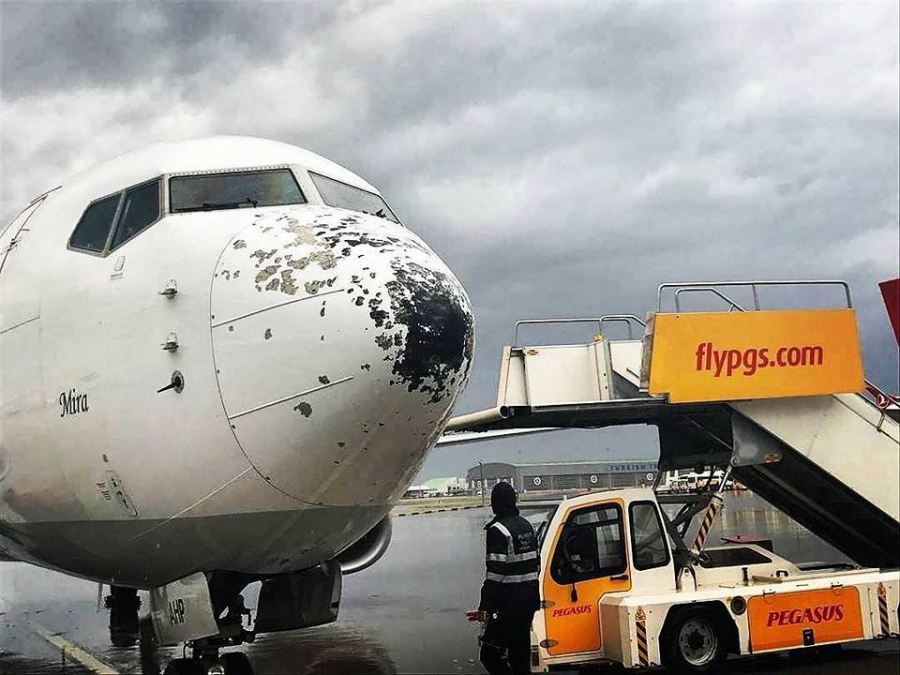 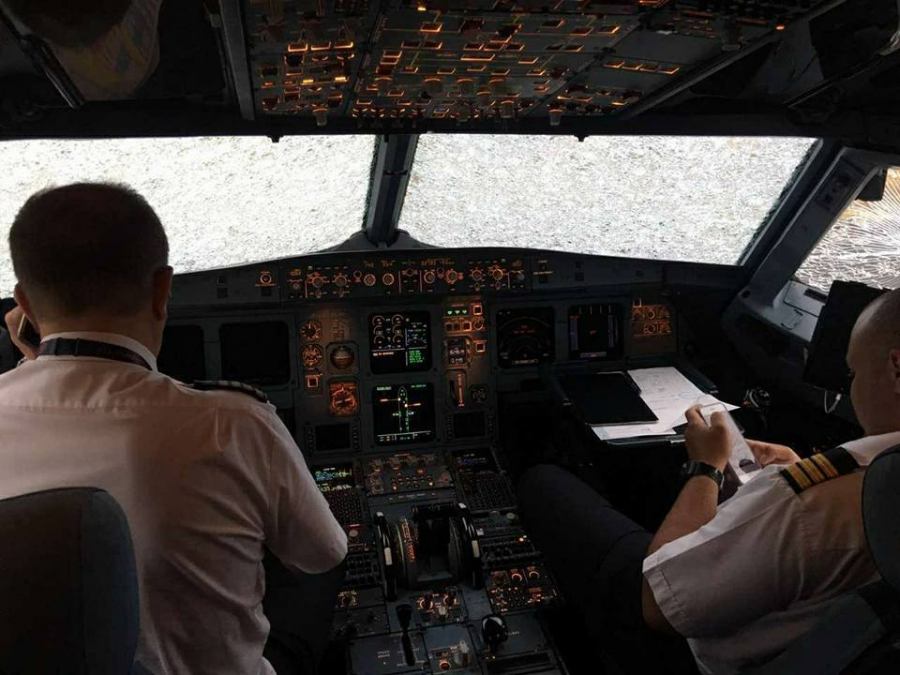 This is the view from the Atlas Global A320 cockpit – shattered wind shield, zero visibility. Photo: Oleg Lungul. 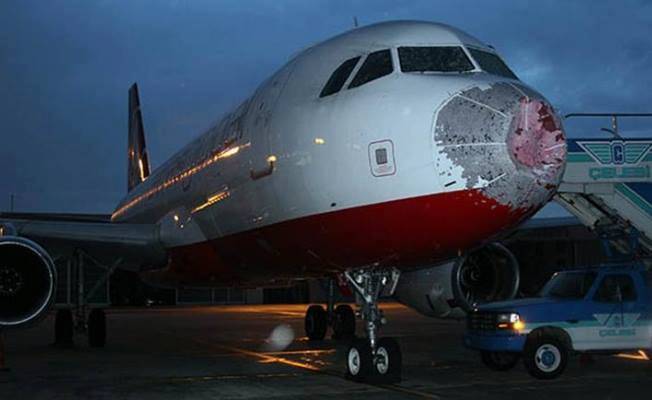 Why is damage localized to the nose cone (radome) and windshield

The nose of an airliner contains the aeroplane’s weather radar. Unlike the rest of the fuselage and wings it is not made from metal (aluminum). The nose cone must be made from a material that is transparent to radar (microwaves), which rules out metal. Radome materials include fiberglass, quartz, honeycomb and foam cores and various resins, less resistant to damage than the metal fuselage. Aircraft windshield glass is multi-layer laminated glass, similar to bullet-proof glass in cars.

Also, in response to many comments on the color of the damaged radome on the Atlas Global A320 – radomes do not rust.