The final stage for one of the most intense heat wave across western and northern Europe in the past decades, has resulted in a historic day for southern Finland yesterday, July 28th. Several stations shattered their all-time heat records and peaked at almost +34 °C.

Such pattern resulted from the strong upper ridge (which brought an unprecentended hear across France and Benelux last week) expanding into northern Europe and the Arctic region, while much cooler weather developed across west-central Europe under a large trough/low pushed from the N Atlantic. 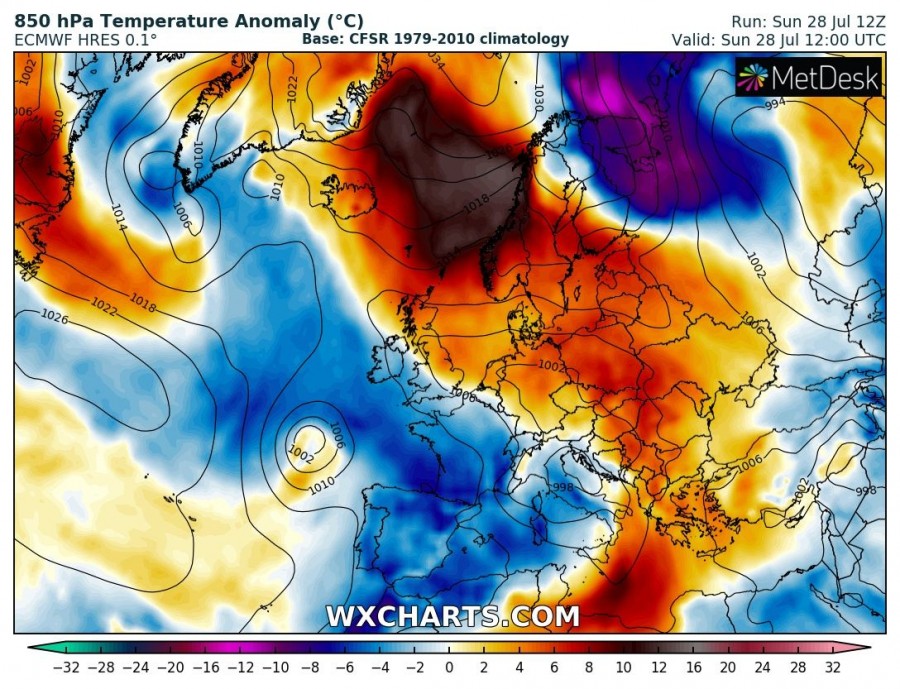 The capital Helsinki Kaisaniemi station peaked at +33.2 °C, breaking the previous record of +31.6 °C (88.9 °F) that was observed in July 1945. Station is operating since 1844. All-time records have also been shattered in Kaisaniemi, Kaarina, Salo, Lohja, Ahvenanmaa and some other towns. 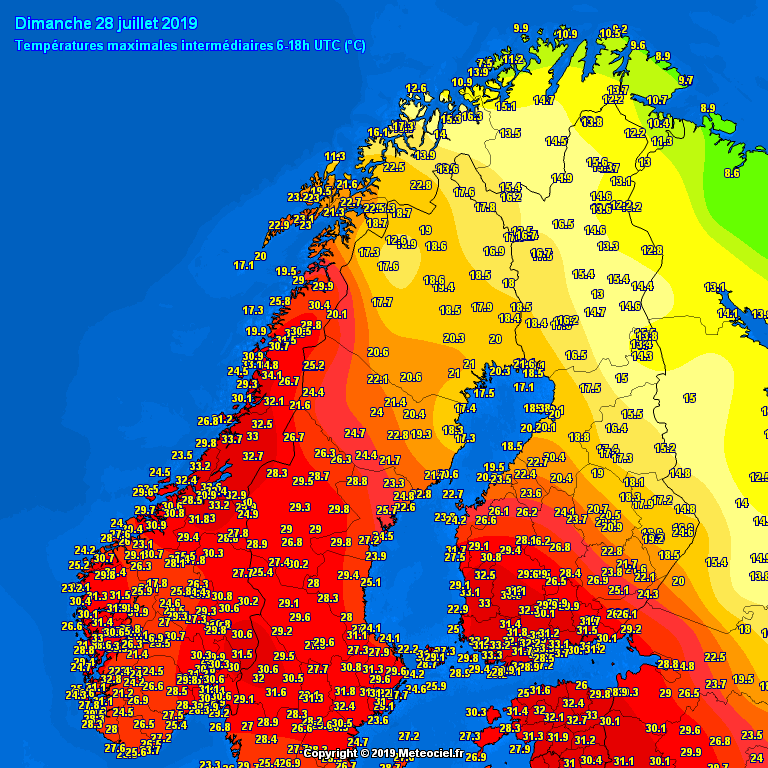 Hot day was also across parts of Sweden and Norway. Below are the Top 15 METAR / SYNOP official stations with the highest temperatures across Scandinavia yesterday, July 28th:

In the coming days, much colder airmass will develop over northern Scandinavia (Fennoscandia) in the wake of the very deep cyclone over NW Russia, delivering very cold airmass from the Arctic region towards ENE Europe.

Across the southern Finland where heat records were broken yesterday, the temperature of below +10 °C will develop tomorrow, Tuesday July 30th, morning. Even colder weather will result across Lapland, locally morning frost will be possible. 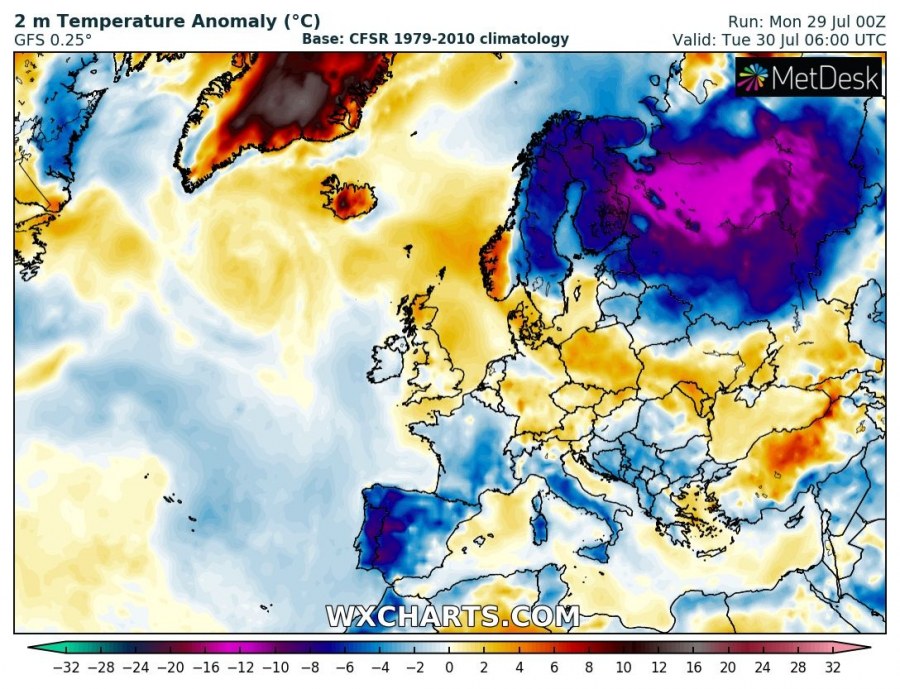 Stay tuned for additional updates on the coming cold outbreak across the ENE Europe this week!