A very large and deep trough develops over the western Europe, together with a large deep cyclone across the British Isles and Ireland. The cyclone moves across south Ireland towards Wales and across central England into the North Sea. To its south, severe windstorm is likely to develop dangerous weather conditions. 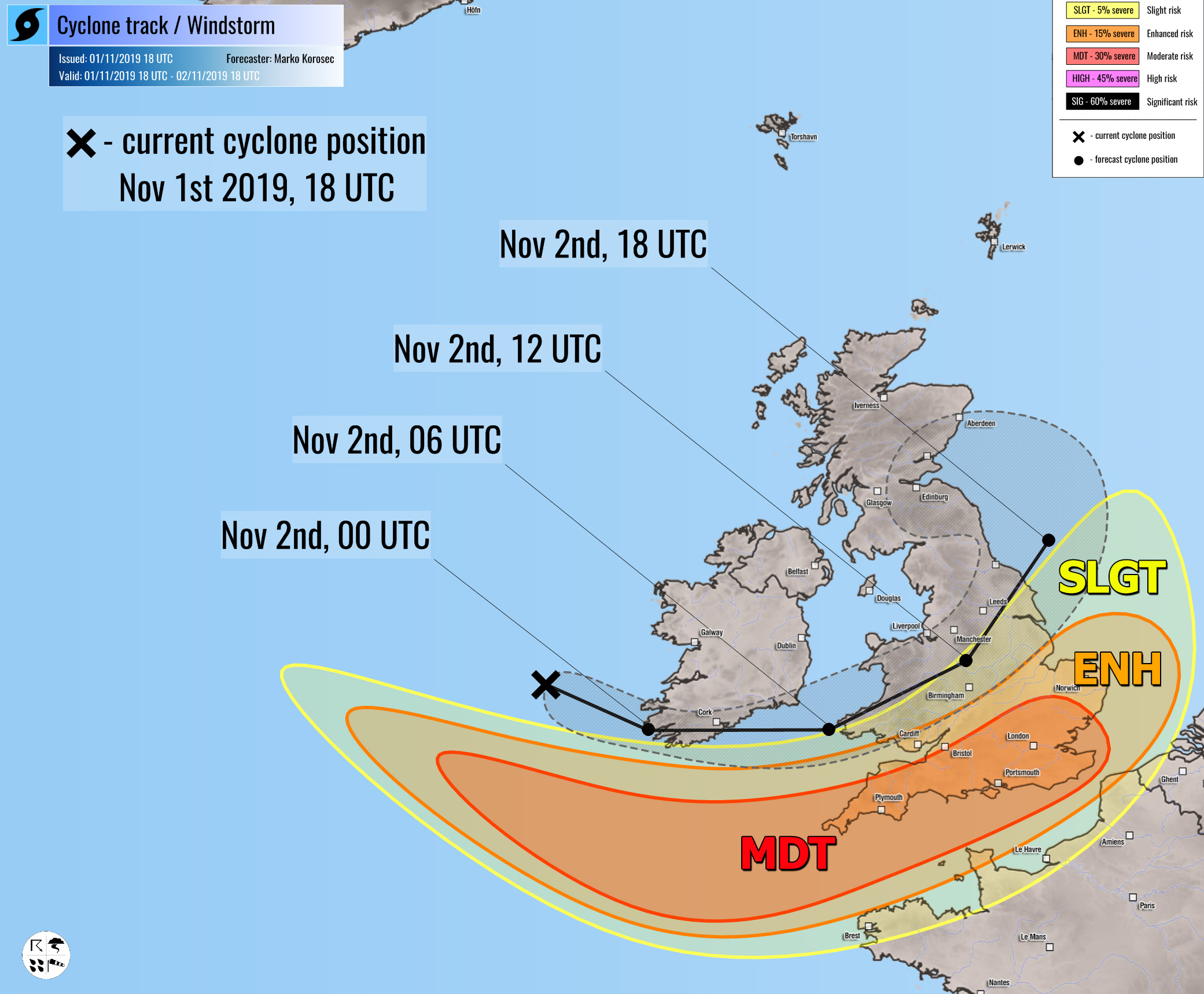 MDT risk has been issued for southern England into the English Channel with threat for severe to extremely severe winds with gusts in excess of 120-130 km/h (75-80 mph). Dangerous and damaging winds are likely to develop just south of cyclone’s center – the approximate timing of the cyclone position is marked on the map above. The associated windstorm will move from west to east tonight. Additionally, high waves are also likely along the coasts of South West England and across the English Channel.

Severe windstorm will push into S England, English Channel and Benelux tonight, another one pushes into W France tomorrow night