Two potentially dangerous and severe windstorms are shaping up on the models this weekend. A large cyclone over the western Europe should produce one windstorm across the south England and the English Channel tonight through tomorrow morning while another windstorm pushes into western France during the night to Sunday. Both windstorms should result in high waves along its path (e.g. South West England and WSW France).

Associated with the sharp pattern flip, a very large and deep trough develops over the western Europe, together with a large deep cyclone across the British Isles and Ireland. An additional secondary low forms along the cyclone’s southern flank and rapidly moves across the Bay of Biscay into France. 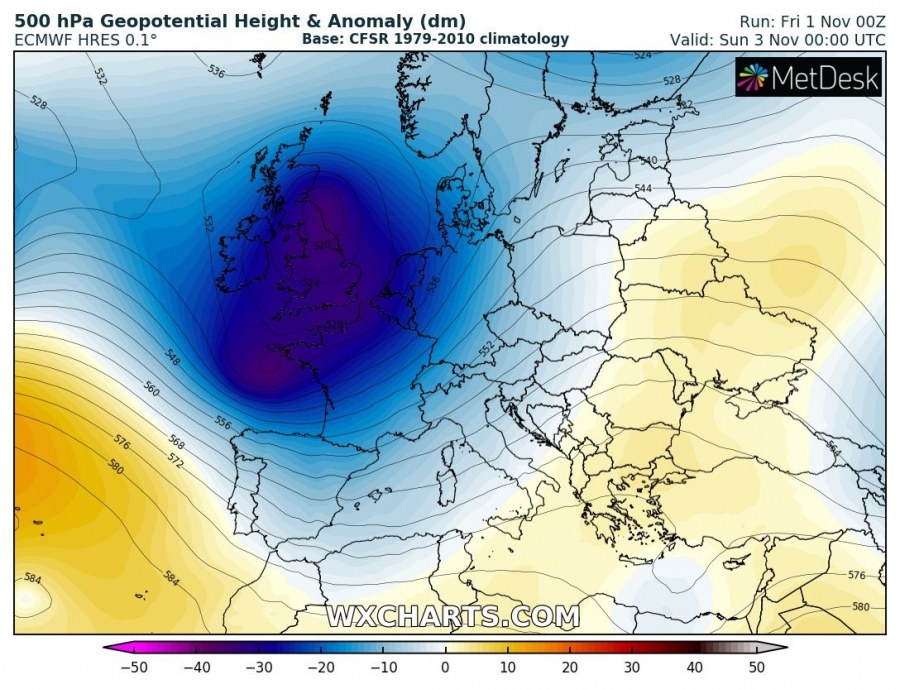 The first deep cyclone develops along the southern Ireland and travel across Wales and central England further northeast. On its southern flank, a well-defined wind maximum develops towards the South West England and spread ENE across the English Channel and surroundings through Saturday morning. There is an increasing potential for a severe windstorm delivering severe to extremely severe winds in excess of 130 km/h, resulting in major waves along the coast of South West England. 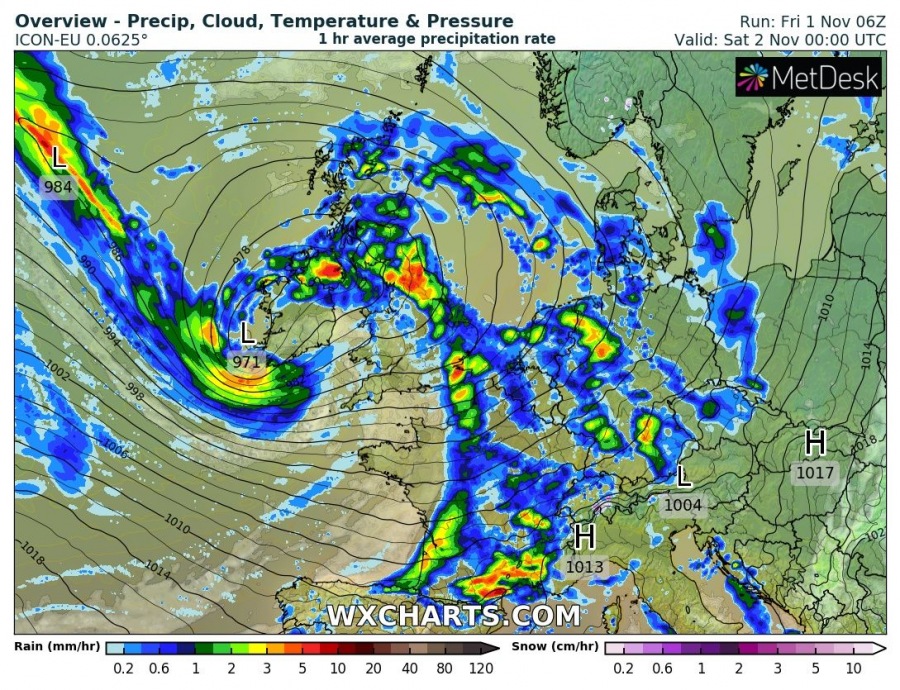 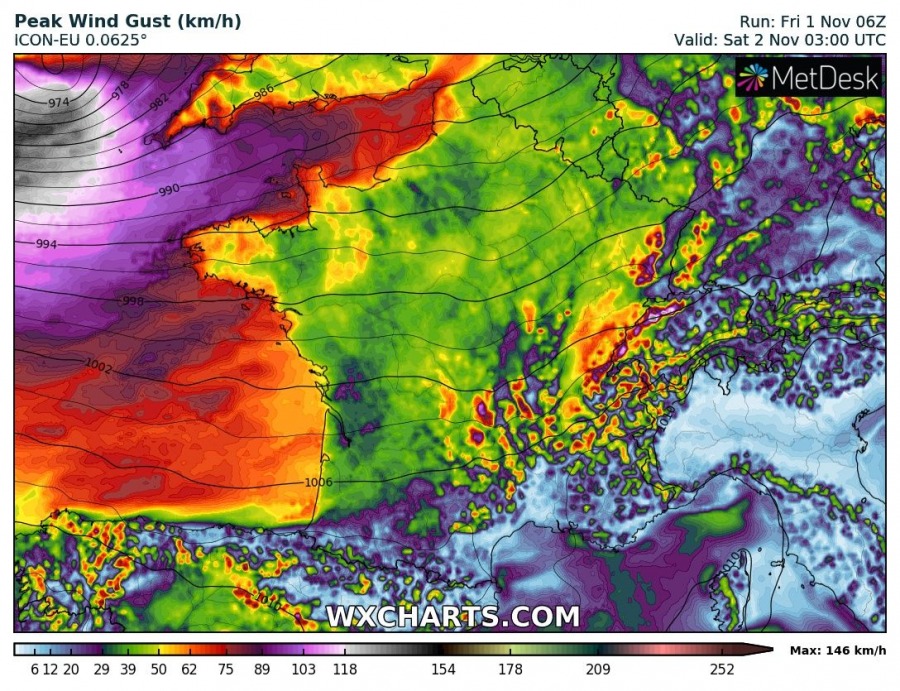 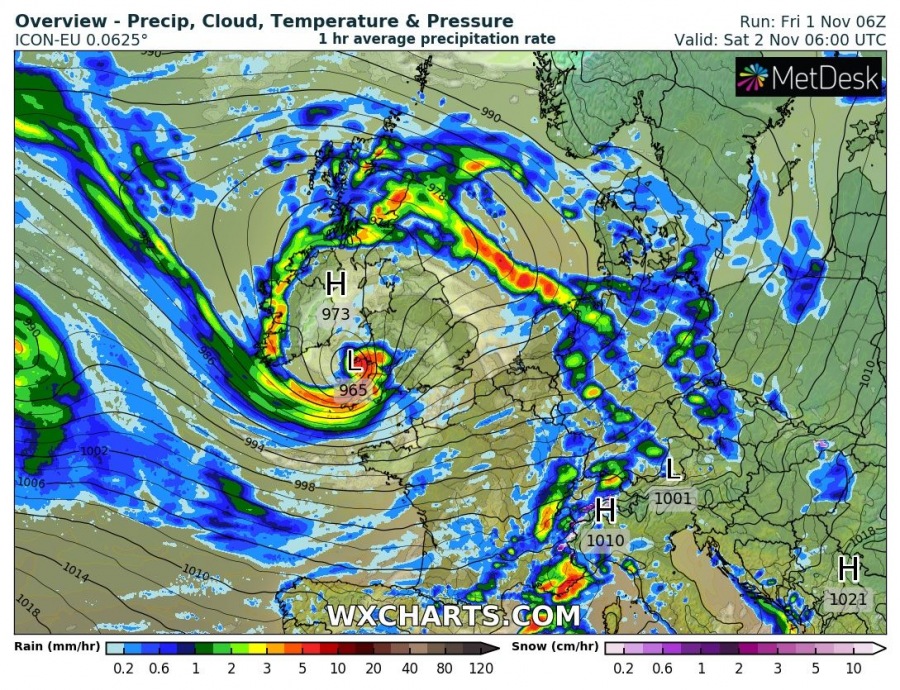 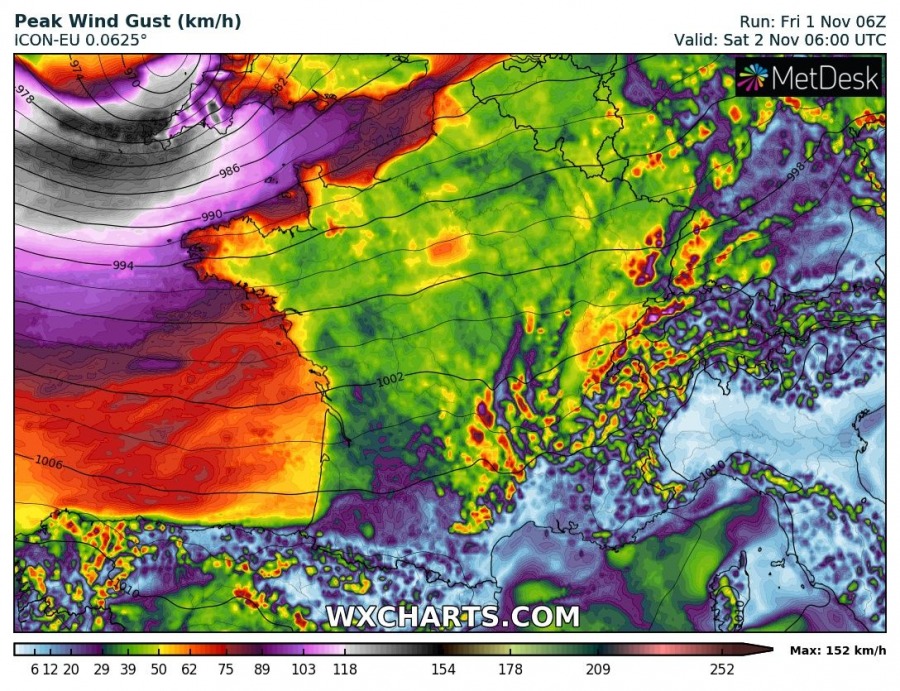 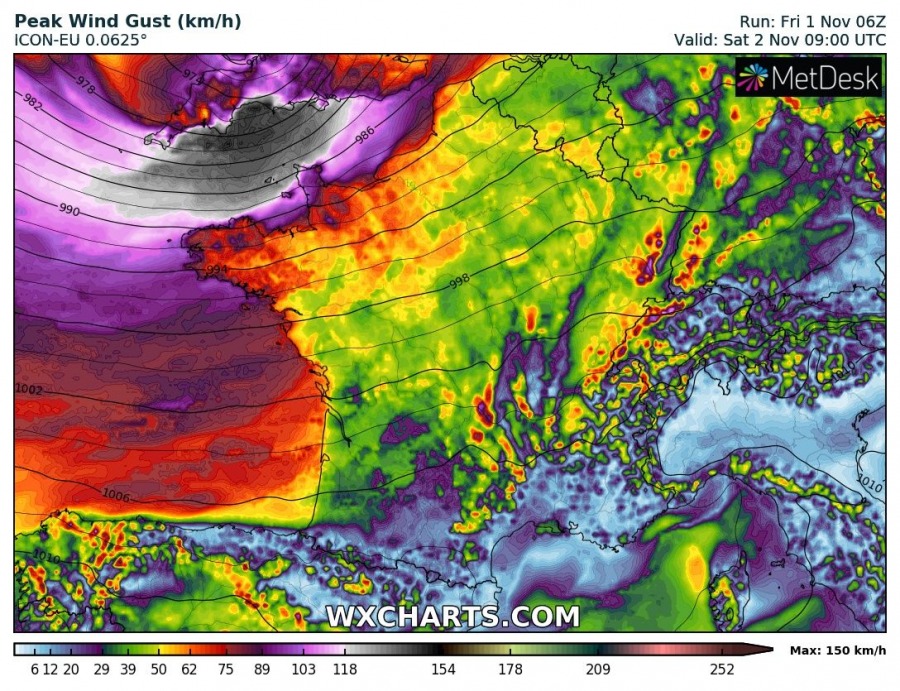 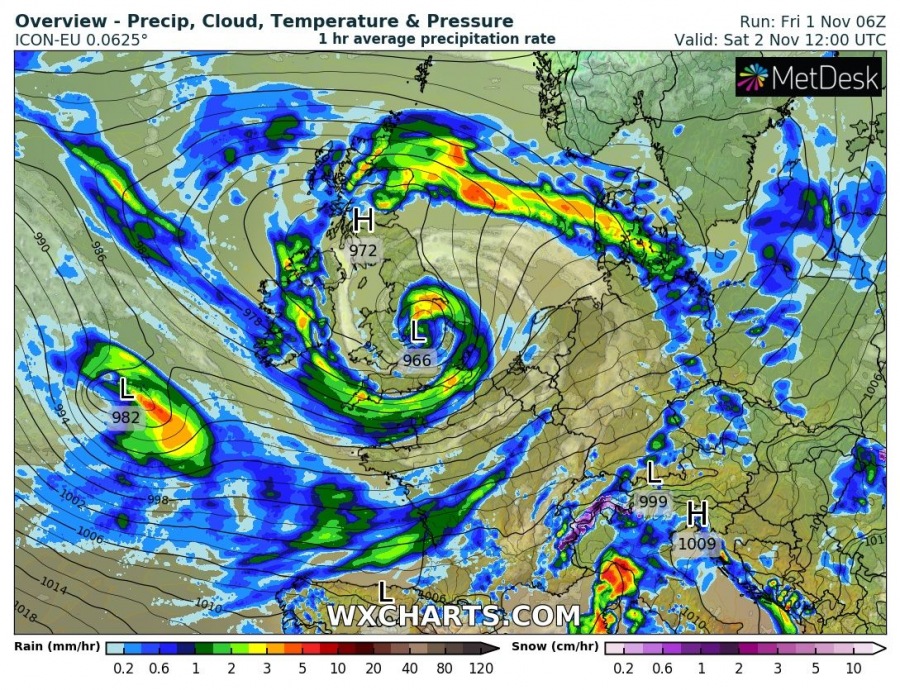 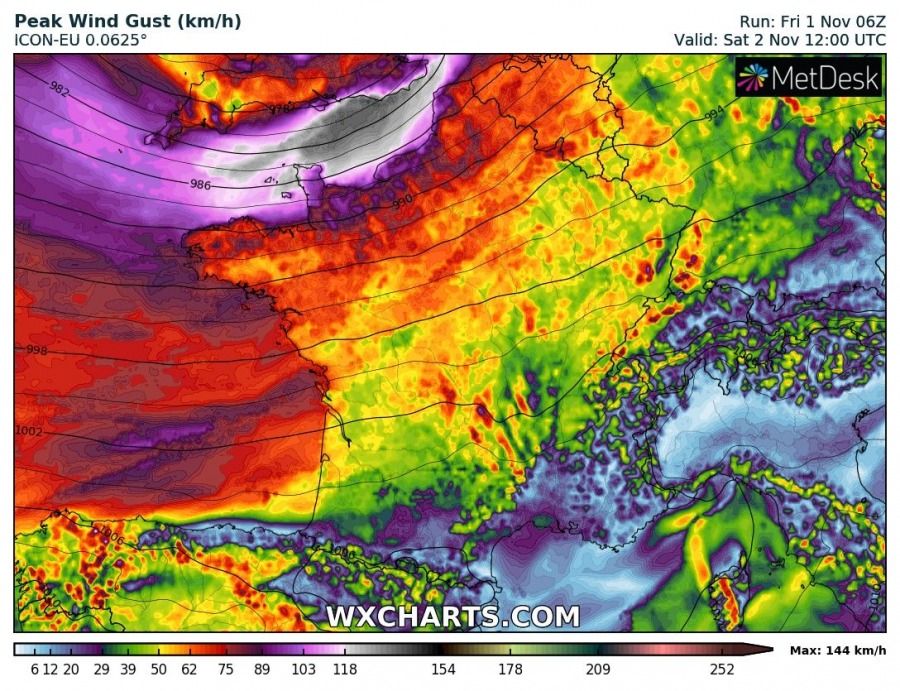 A secondary Lee cyclogenesis takes places south of the main large cyclone, developing over the Bay of Biscay. It rapidly pushes towards France tomorrow evening (Nov 2nd) and develop another intense windstorm into the coastal areas. Models are in fairly good agreement peak gusts in excess of 120-150 km/h could result near the coast of WSW France. 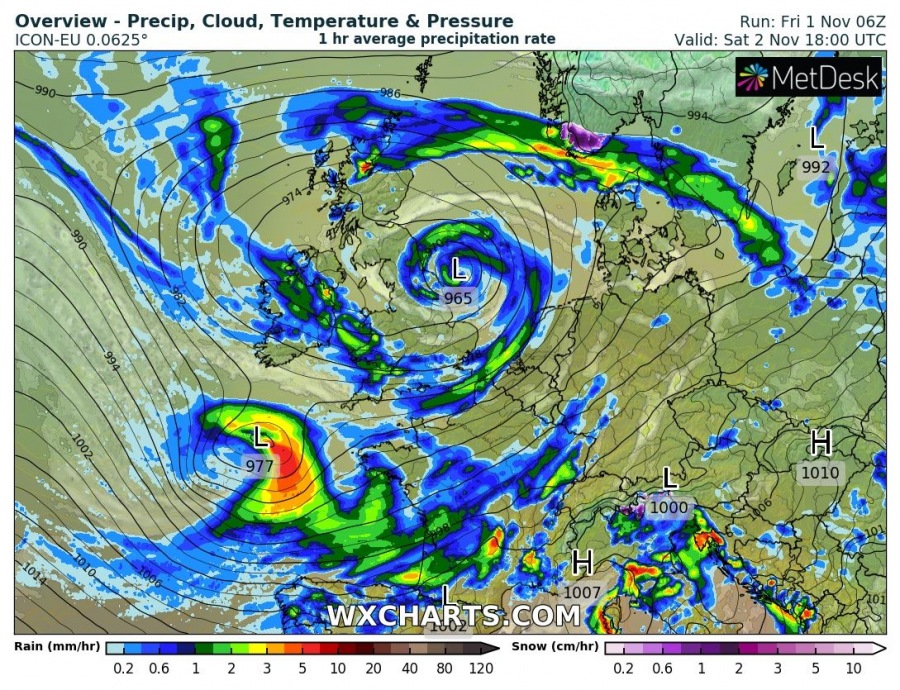 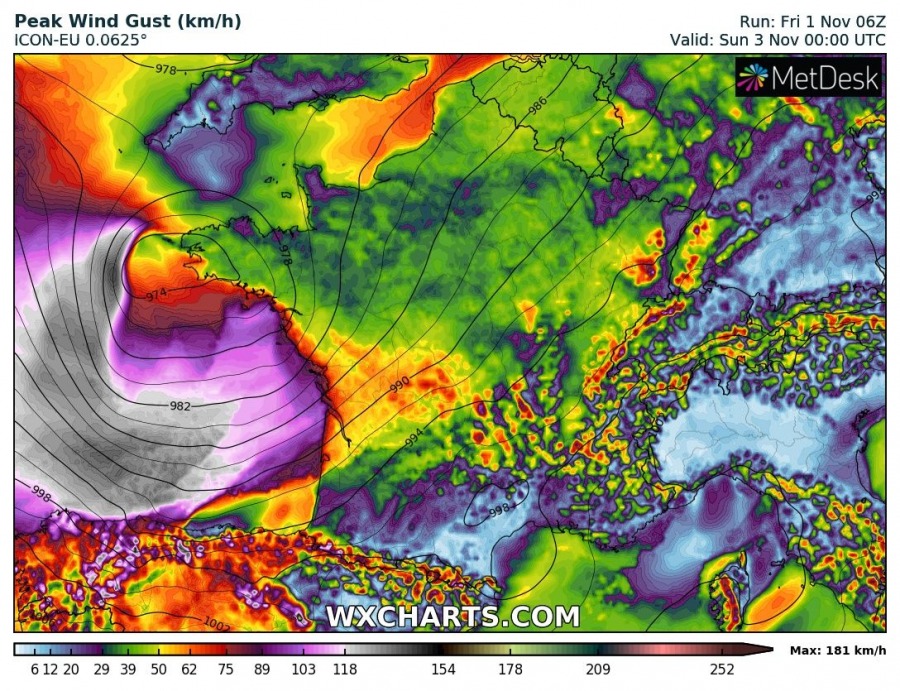 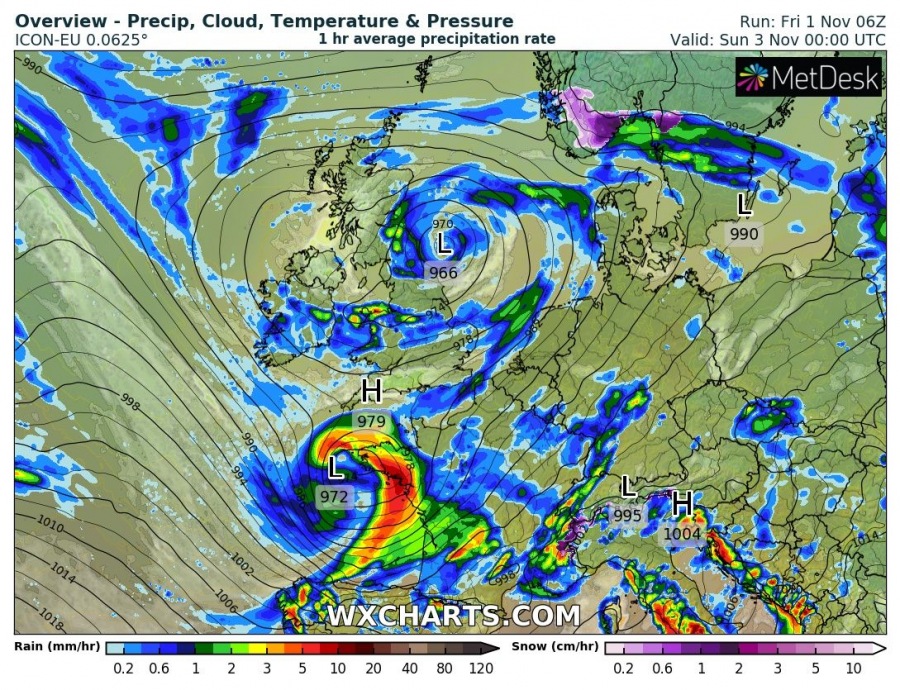 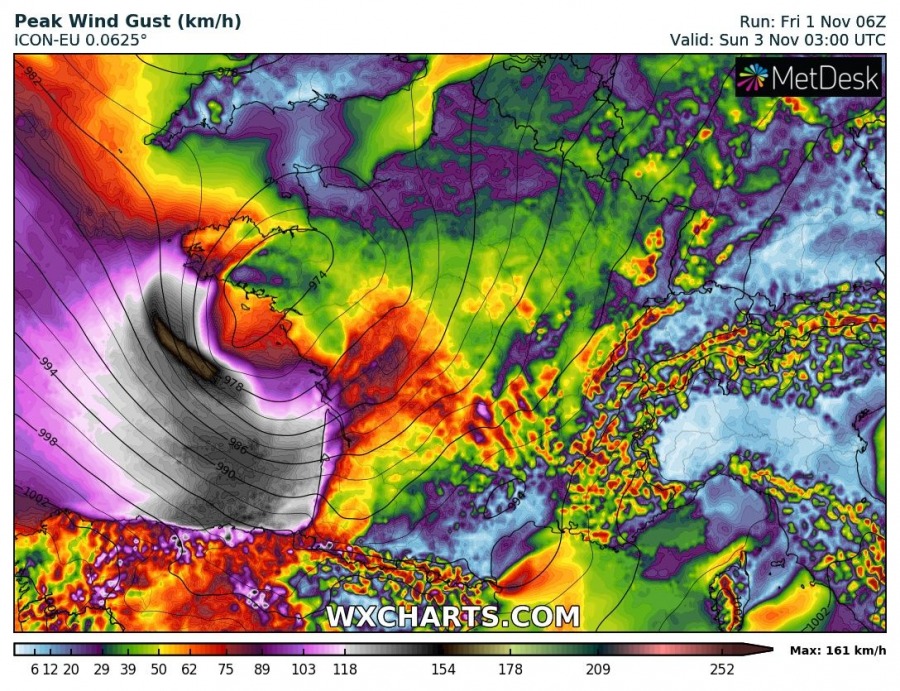 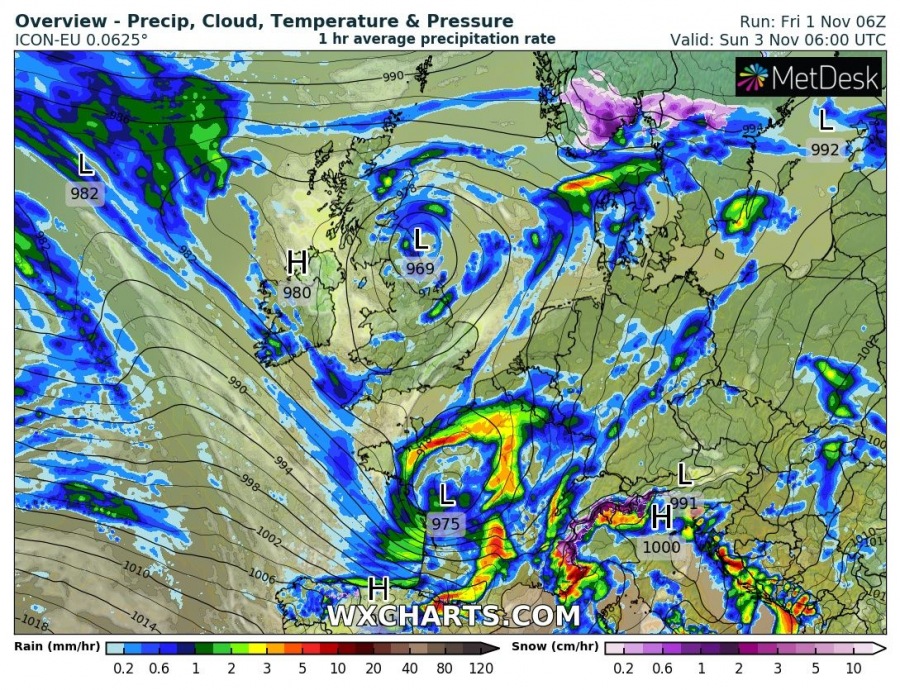 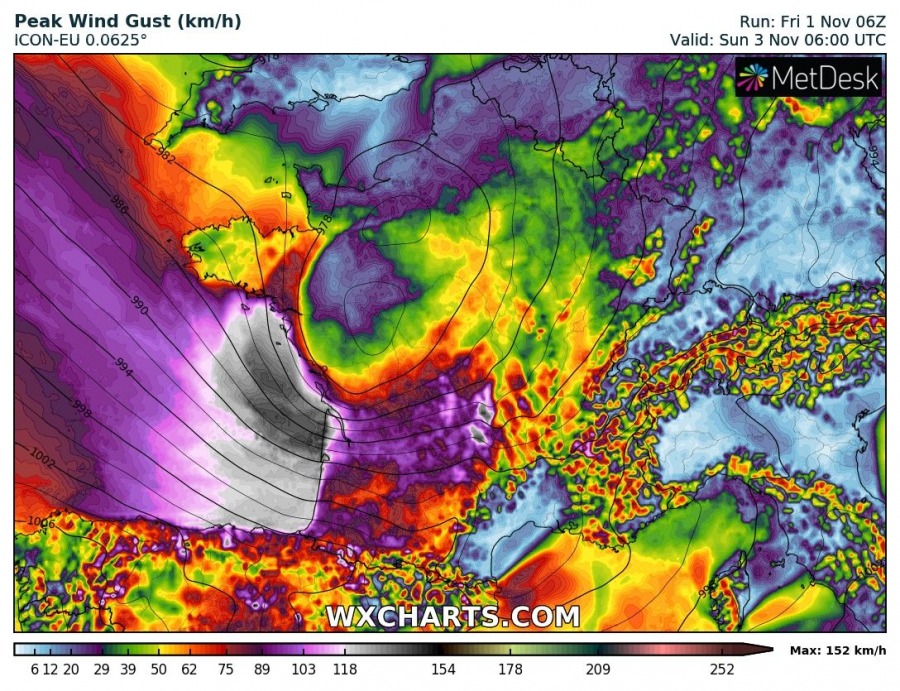 Here is an overview of the peak gusts based on ARPEGE, ICON-EU and AROME models. They all agree the resulting severe wind gusts with both systems will meet extremely severe criteria in some places, exceeding 130 km/h. Especially across S England and English Channel. Severe to extremely severe winds are also possible across the coastal N France, coast of Benelux and coastal N Spain. 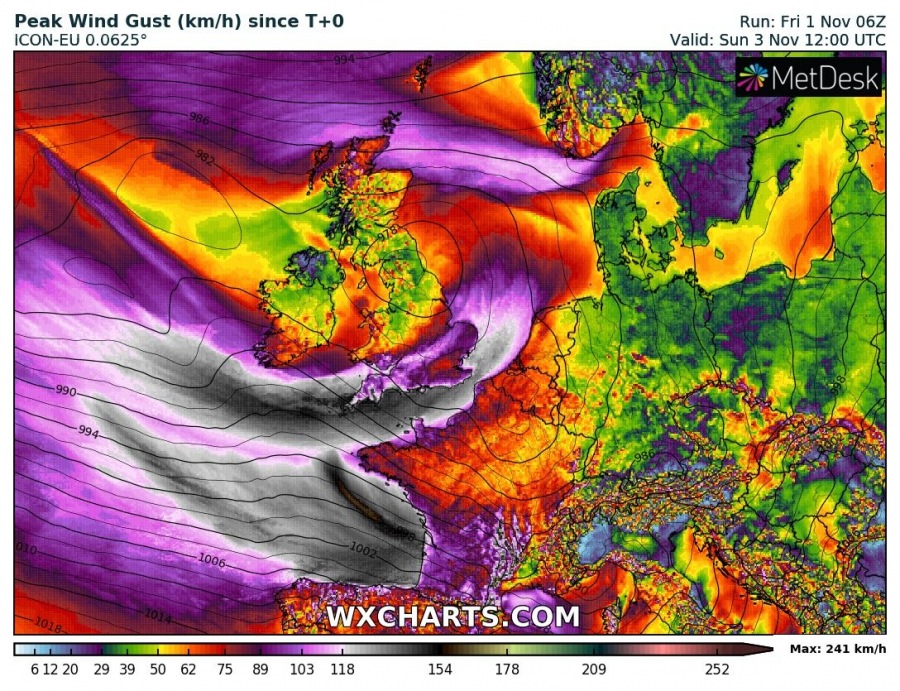 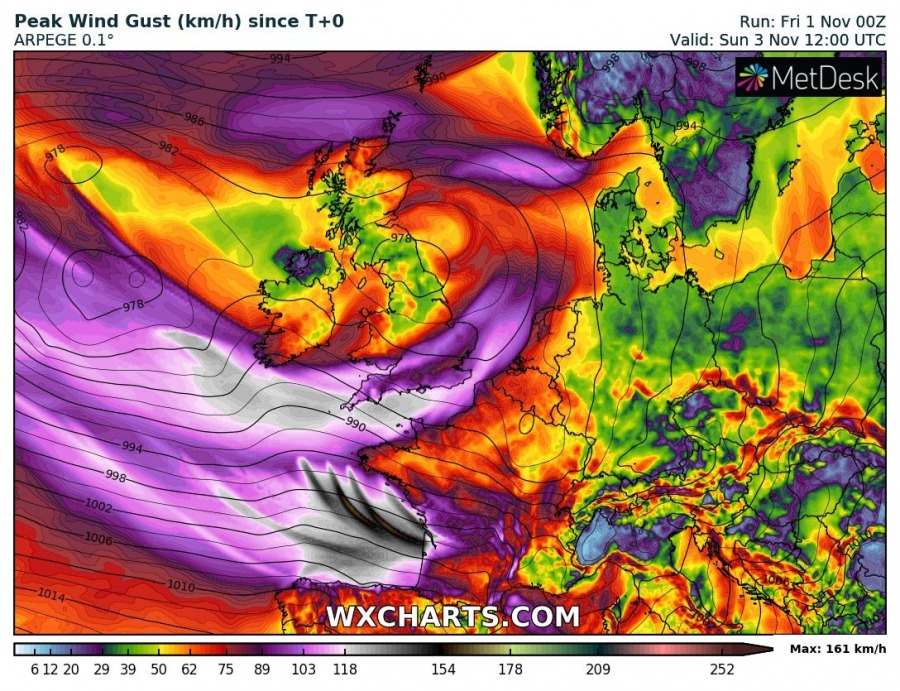 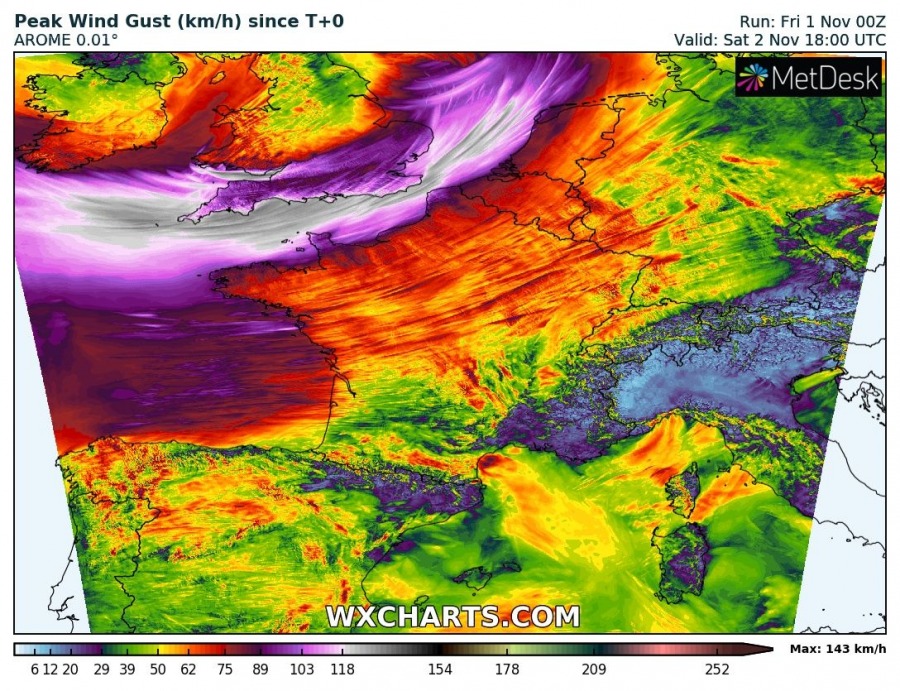 Stay alert for dangerous weather conditions this weekend – winds could be damaging in some areas!