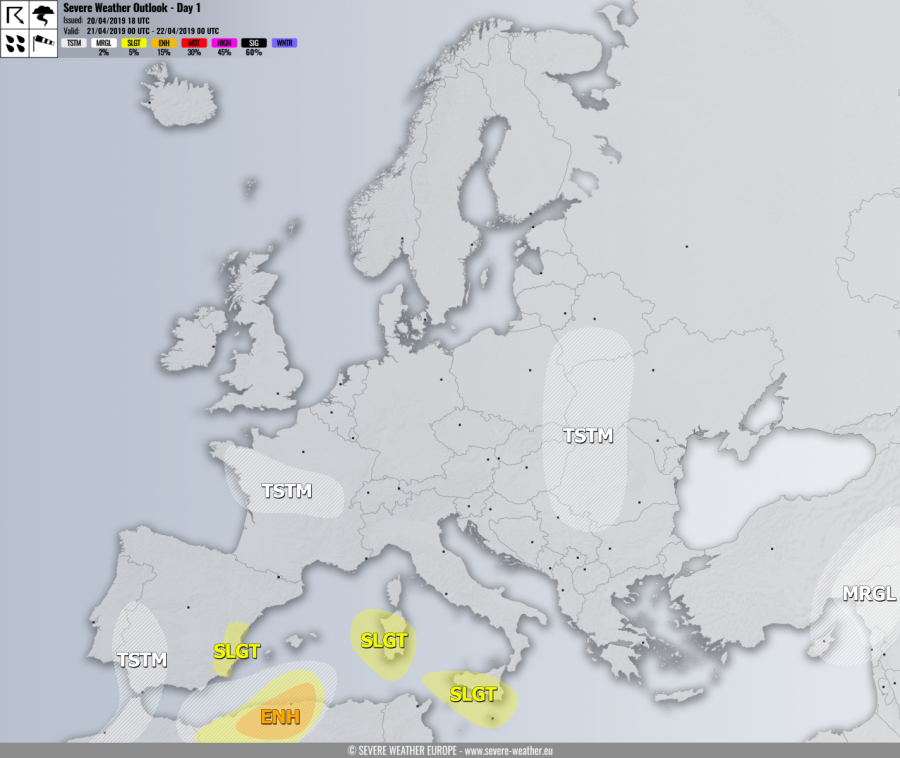 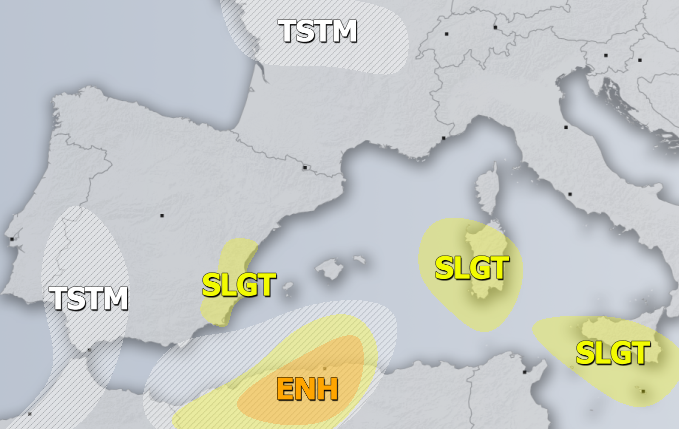 ENH / SLGT risks have been issued for N Algeria into SW Mediterranean with threat for severe storms, capable of producing large hail, severe winds and torrential rainfall. A good overlap of strong shear and moderate instability should support well-organized storms through the afternoon and evening hours.

SLGT risk has been issued for E Spain with threat for excessive rainfall. Persistent strong easterly flow should bring another day of heavy rainfall with high sums and enhanced flooding threat.

SLGT risk has been issued for Sardinia and Sicily with threat for severe non-convective winds, locally in excess of 100 km/h.

MRGL risk has been issued for SE Turkey and Syria with isolated threat for severe storms, capable of producing severe winds, marginal hail and torrential rainfall.

Persistent rainfall for parts of SE Spain in the next 48-72 hours!

«Next Post Hurricane Michael now officially upgraded to Category 5!
UPDATE on the massive Saharan dust event for western, central and southern Europe: from UK and France to Poland and Greece! Previous Post»