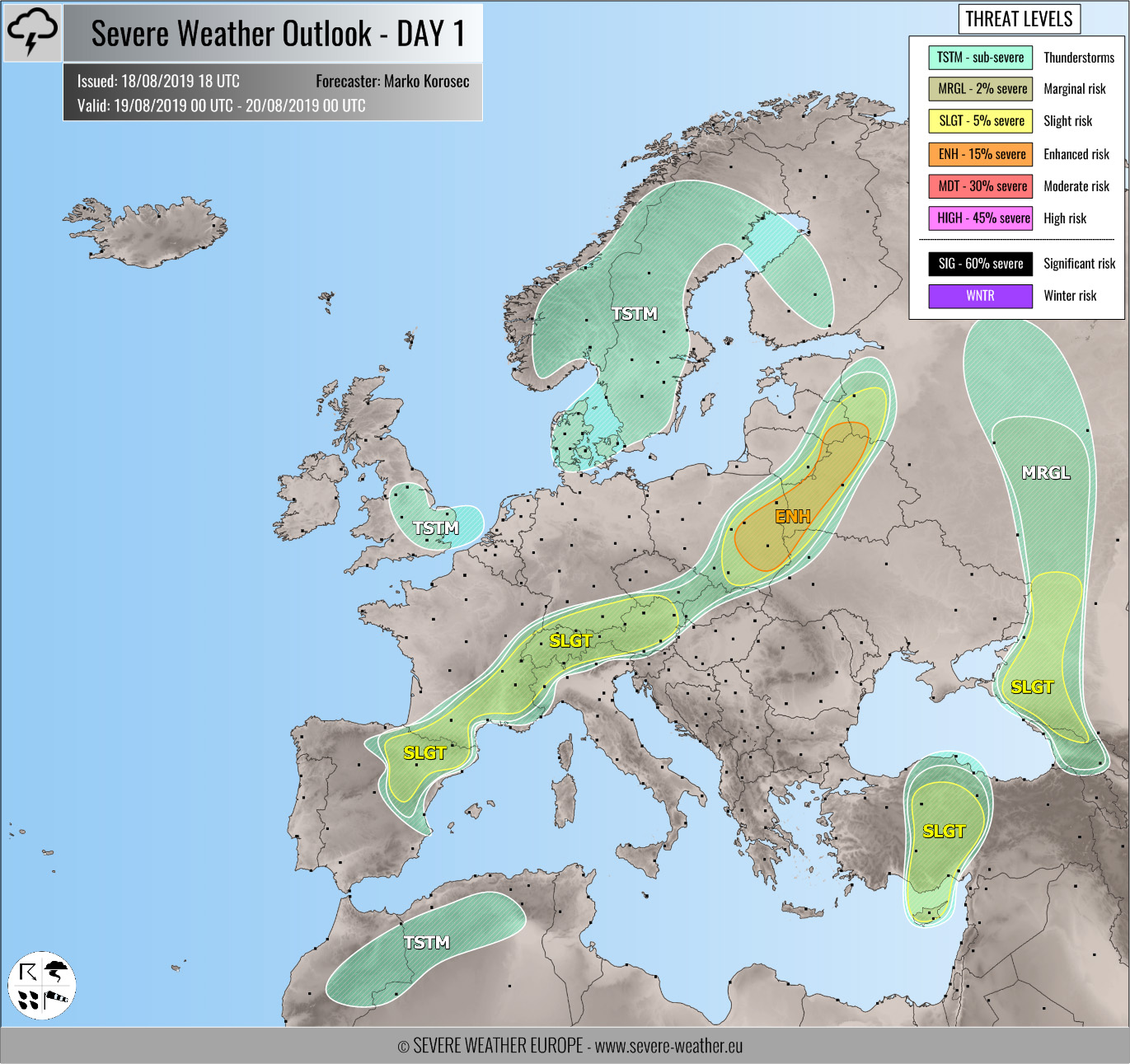 A large long-wave trough is dominating WSW Europe while ridging persists across east, south and central Europe. In between, a surface frontal zone extends from NE Iberia across the Alps into the Baltic countries. An upper low remains over Turkey. 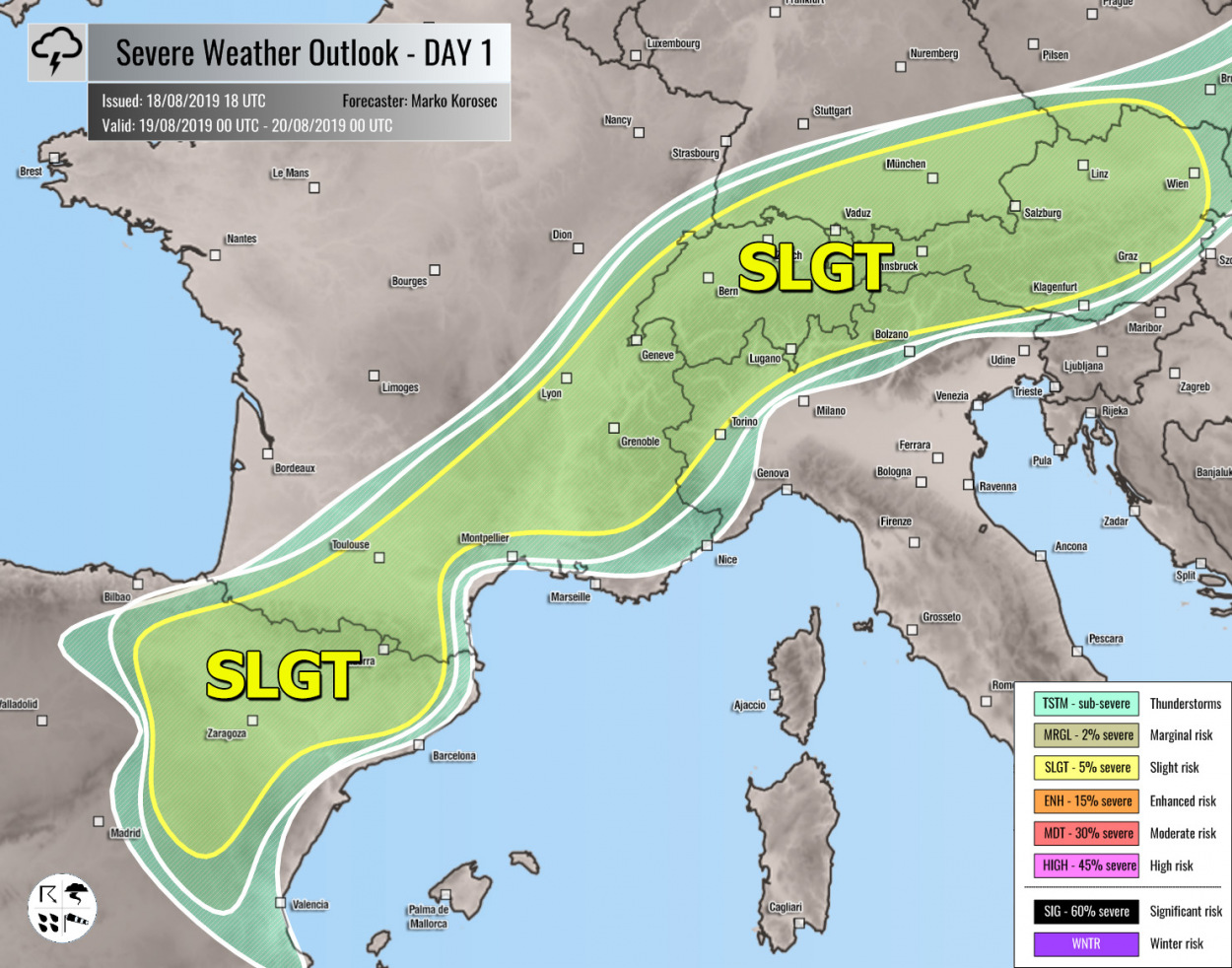 SLGT risk has been issued for NE Spain across S France, Switzerland into S Germany and Austria with threat for severe storms, capable of producing severe winds, large hail and torrential rainfall. Isolated to scattered organized storms including supercells are expected to develop by mid/late-afternoon and spread northeast towards the evening hours within moderate sheared and unstable airmass. Storms will cluster into a MCS or two over the Alps through the evening and night hours. 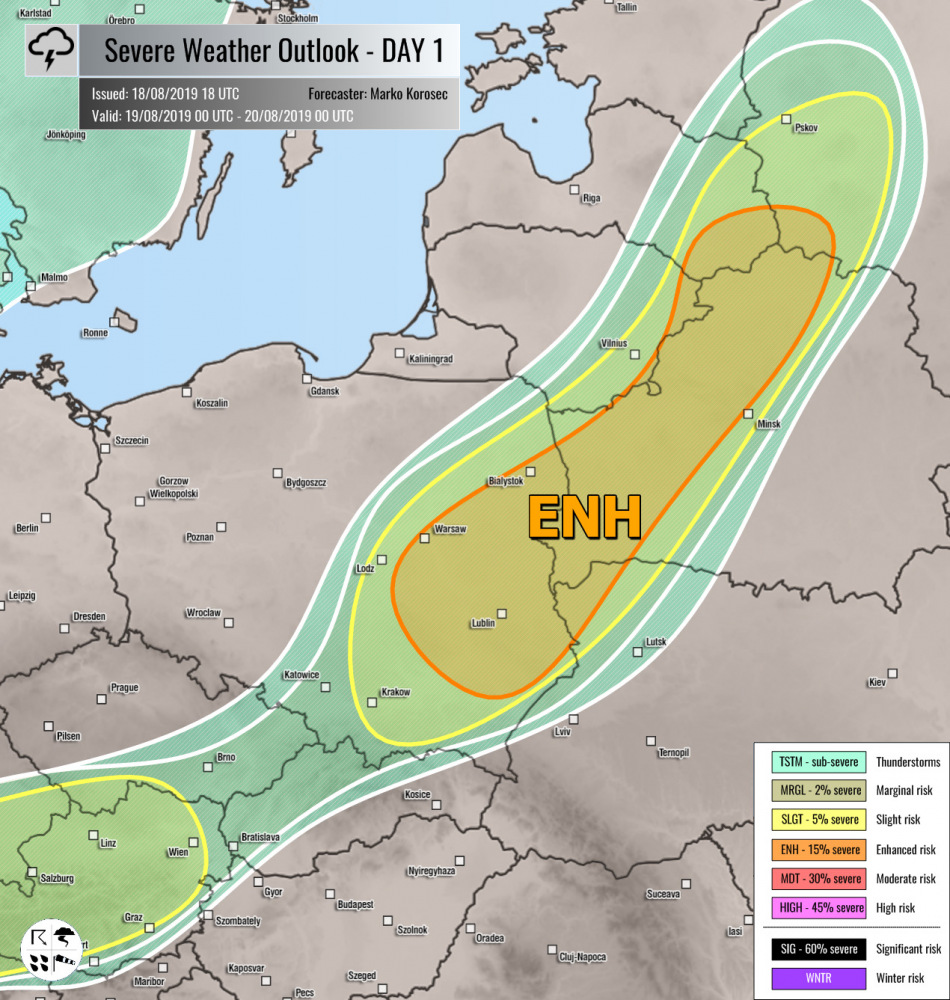 ENH / SLGT risks have been issued for E Poland into W/N Belarus, NW Ukraine and S Baltic countries with threat for severe storms, capable of producing severe winds, large hail and torrential rainfall with flash floods. Rather robust activity seems possible with organized severe storms, including supercells with large hail and damaging winds threat. Storms will merge into an MCS while moving into Russia through the evening hours. 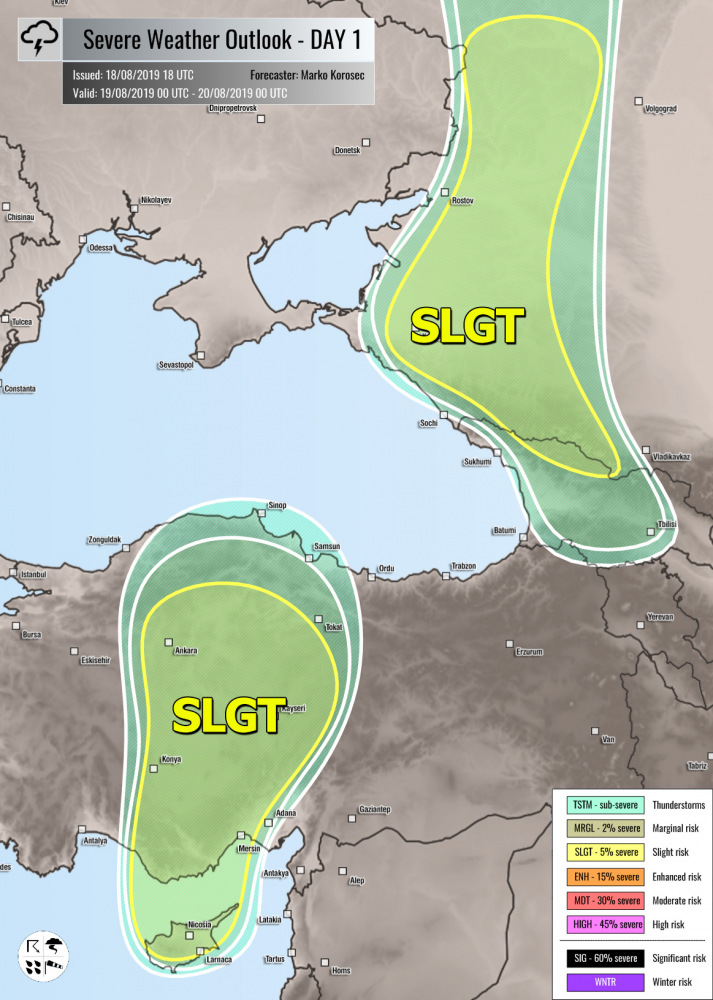 SLGT risks have been issued for N Georgia into SW Russia and central Turkey into Cyprus with threat for isolated severe storms, capable of producing severe winds, large hail and torrential rainfall.