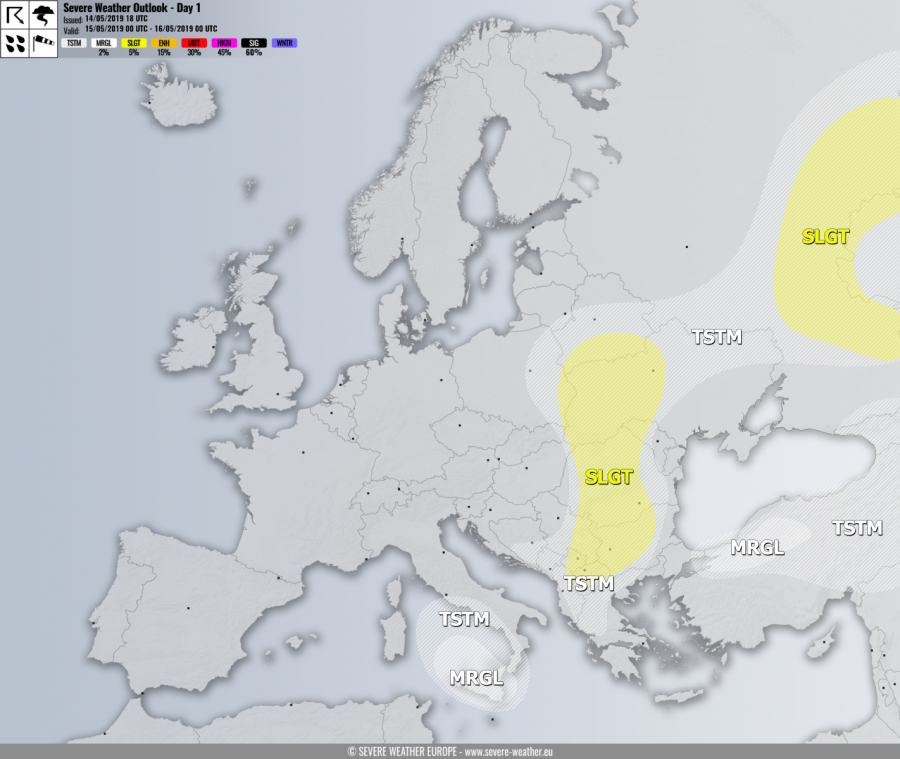 A large deep upper low is centered over the N Mediterranean, while the upper ridge over W Europe expands into N Europe and Arctic region. Upper ridge also intensifies over Turkey and Black sea. 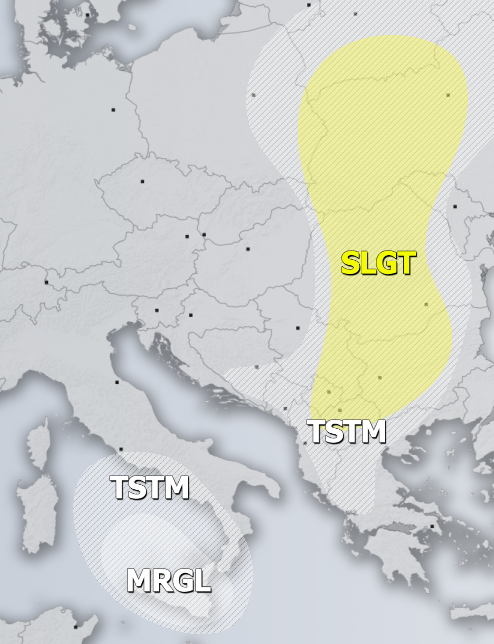 SLGT risk has been issued for W Russia with threat for severe storms, capable of producing severe winds, torrential rainfall and large hail.

MRGL risks have been issued for Tyrrhenian sea into S Italy and NW Turkey with isolated threat for severe storms, capable of producing strong to severe winds, marginal hail and torrential rainfall.

Share on TwitterShare on RedditShare on FacebookShare on PinterestShare on WhatsApp
Thunderstorms far inside the Arctic circle - May 12th, 2019!
← Previous
Mid 30s across Portugal and Spain again on Tuesday, heat wave across parts of Iberian peninsula continues, May 13-16th
Next →
Comments are closed.