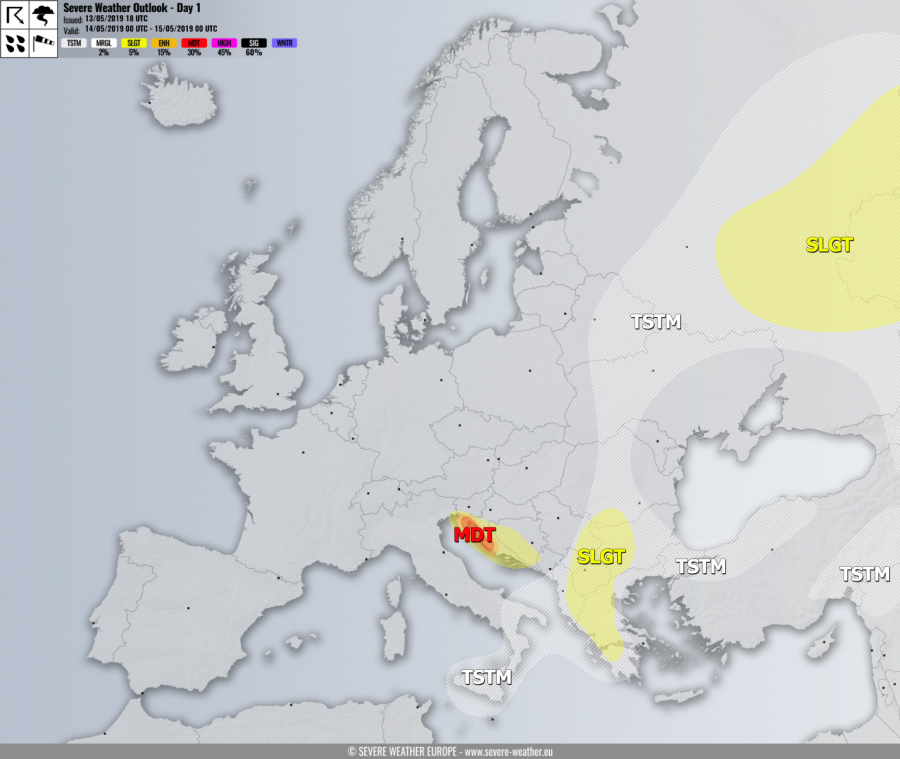 A large deep upper low is centered over the Mediterranean and the W Balkan peninsula while strong upper ridges remain over Russia and over W Europe. 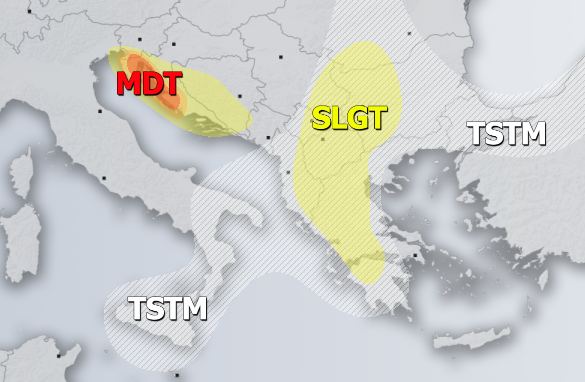 MDT / ENH risks have been issued for the NE Adriatic region with threat for severe to extremely severe downslope winds, locally in excess of 120-140 km/h. Peak gusts at the most exposed areas over Kvarner region could again exceed 150 km/h!

SLGT risk has been issued for areas surrounding the MDT / ENH risk across the NE Adriatic region and W Balkan with threat for severe winds in excess of 90 km/h. W Bosnia is expected to get more rain for more local flooding. 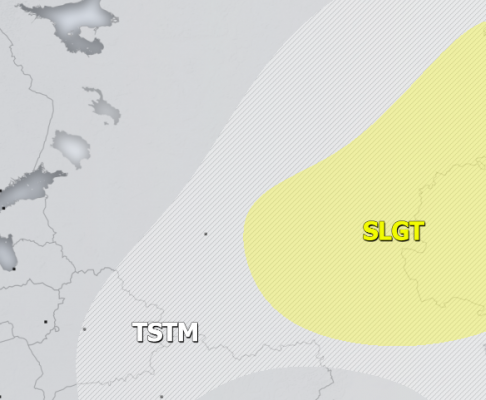 SLGT risk has been issued for WNW Russia with threat for severe storms, capable of producing severe winds, torrential rainfall and large hail.