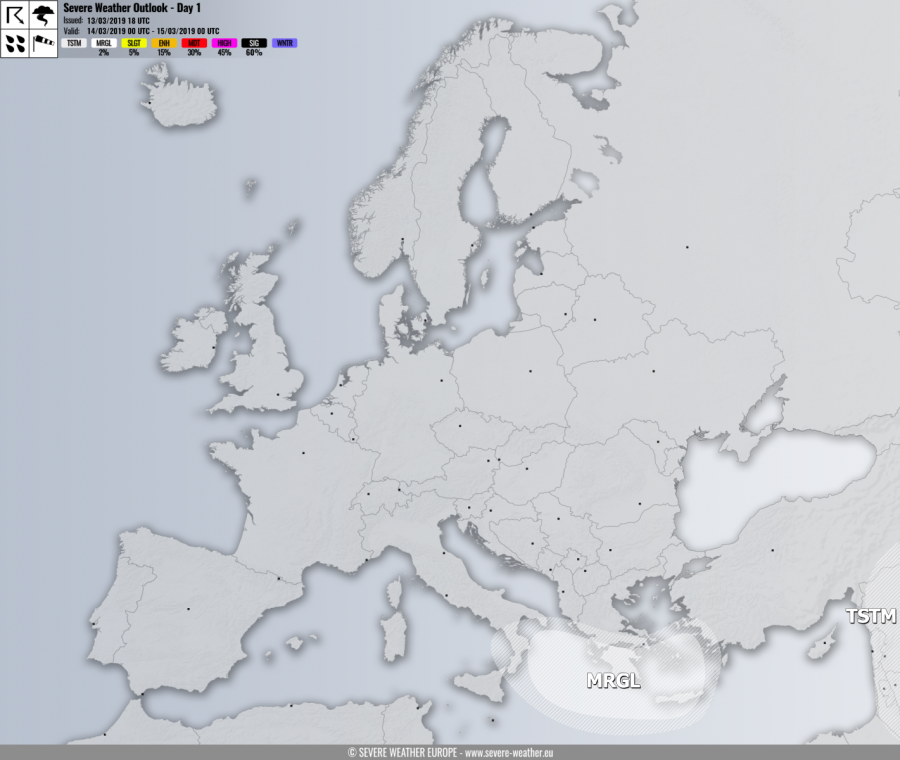 Upper ridge dominates the Azoric region while deep long-wave trough remains over the northern Europe. Several short-waves are pushed on its southern flank, one across the North Sea, one across the southern Mediterreanean / Greece and another wave is ejecting Middle East.

TSTM risk areas have been placed where convective storms are most likely.