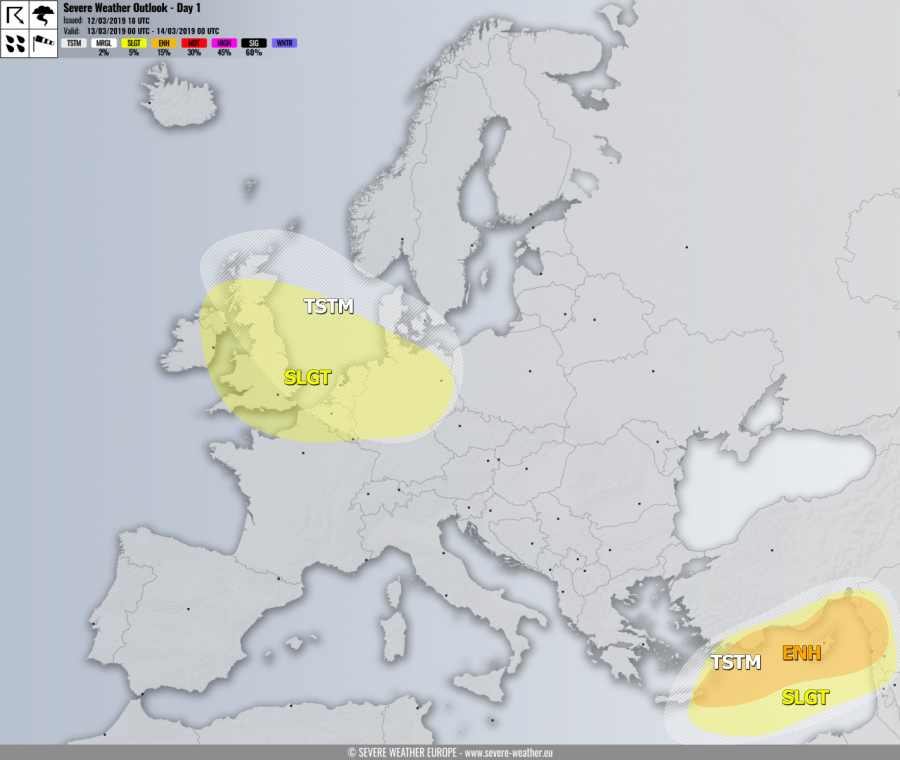 SLGT risk has been issued for parts of British Isles, Ireland, North Sea, Benelux and northern Germany with threat for severe winds, locally in excess of 100 km/h. Cold maritime airmass from the north Atlantic cyclone should bring unstable airmass into parts of western Europe where parts of Scotland, England and Wales could also experience enhanced threat for severe convective winds.

ENH / SLGT risks have been issued for the southeast Mediterranean into southern Turkey and Middle East with threat for severe storms capable of producing severe winds, heavy rainfall, large hail and tornadoes. Moderate instability overlaped with strong shear should support organized severe storms along and just ahead of a cold front moving east with time.