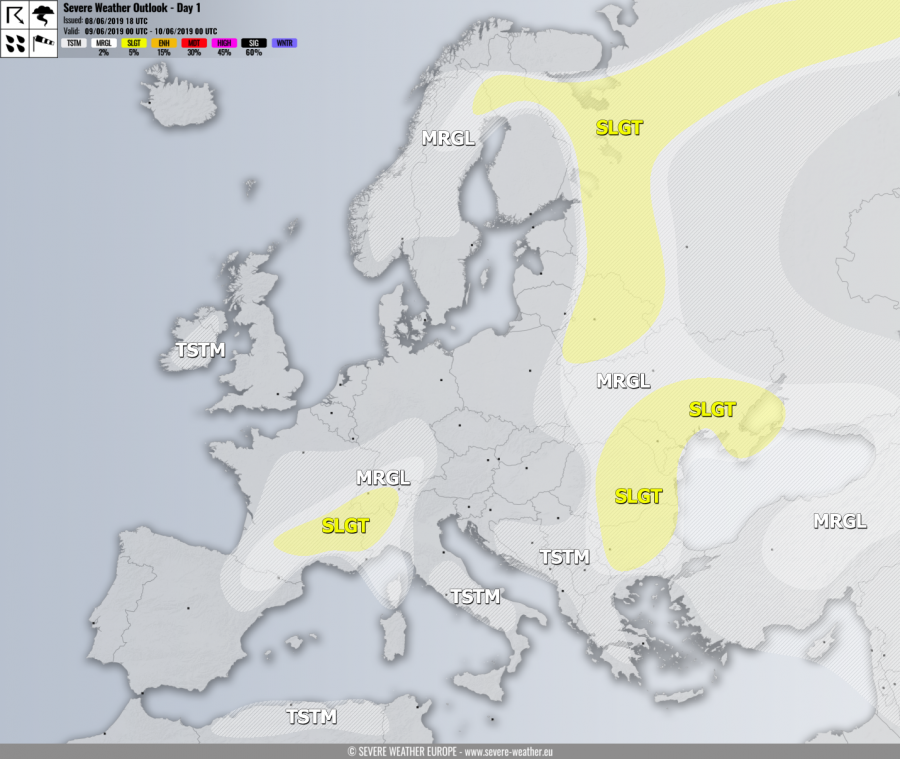 A large upper trough / low persists across WSW Europe while an upper ridge dominates S-CNTRL and ENE Europe. An upper low is located over E Mediterranean and Egypt. At the surface, a diffuse frontal zone extends from Scandinavia SW-wards towards the N Balkans.

SLGT risk has been issued for parts of Romania, Bulgaria, Moldova and S Ukraine with threat for severe storms, capable of producing torrential / excessive rainfall and large hail. Rather widespread slow-moving storms are expected, locally with flash floods and hail accumulation threat.

SLGT risk has been issued for SSE France into NW Italy and S Switzerland with threat for isolated severe storms, capable of producing torrential / excessive rainfall and marginal hail.

MRGL risks have been issued for areas surrounding the SLGT risks where the more isolated threat for severe storms exist. Marginal hail, strong to severe winds and heavy rainfall could result from the stronger cells.