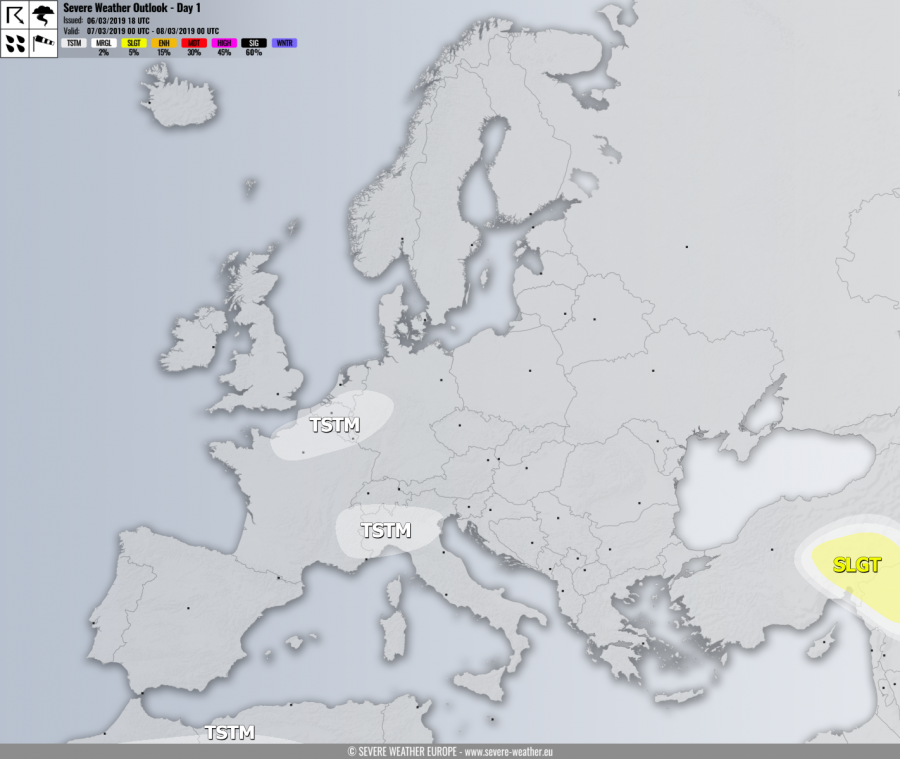 The Atlantic deep trough moves into the western Europe while an upper ridge is located across the southern Europe and Balkan peninsula. A short-wave trough ejects Turkey towards the Middle East. At surface, a cold front moves across central Europe.

SLGT/MRGL risks has been issued for SE Turkey into Middle East where some severe storms with threat for marginal hail, torrential rainfall and severe winds are possible. Quite strong shear overlaps with marginal instability and should support organized storms.

TSTM risk areas have been placed where convective storms are most likely to occur.