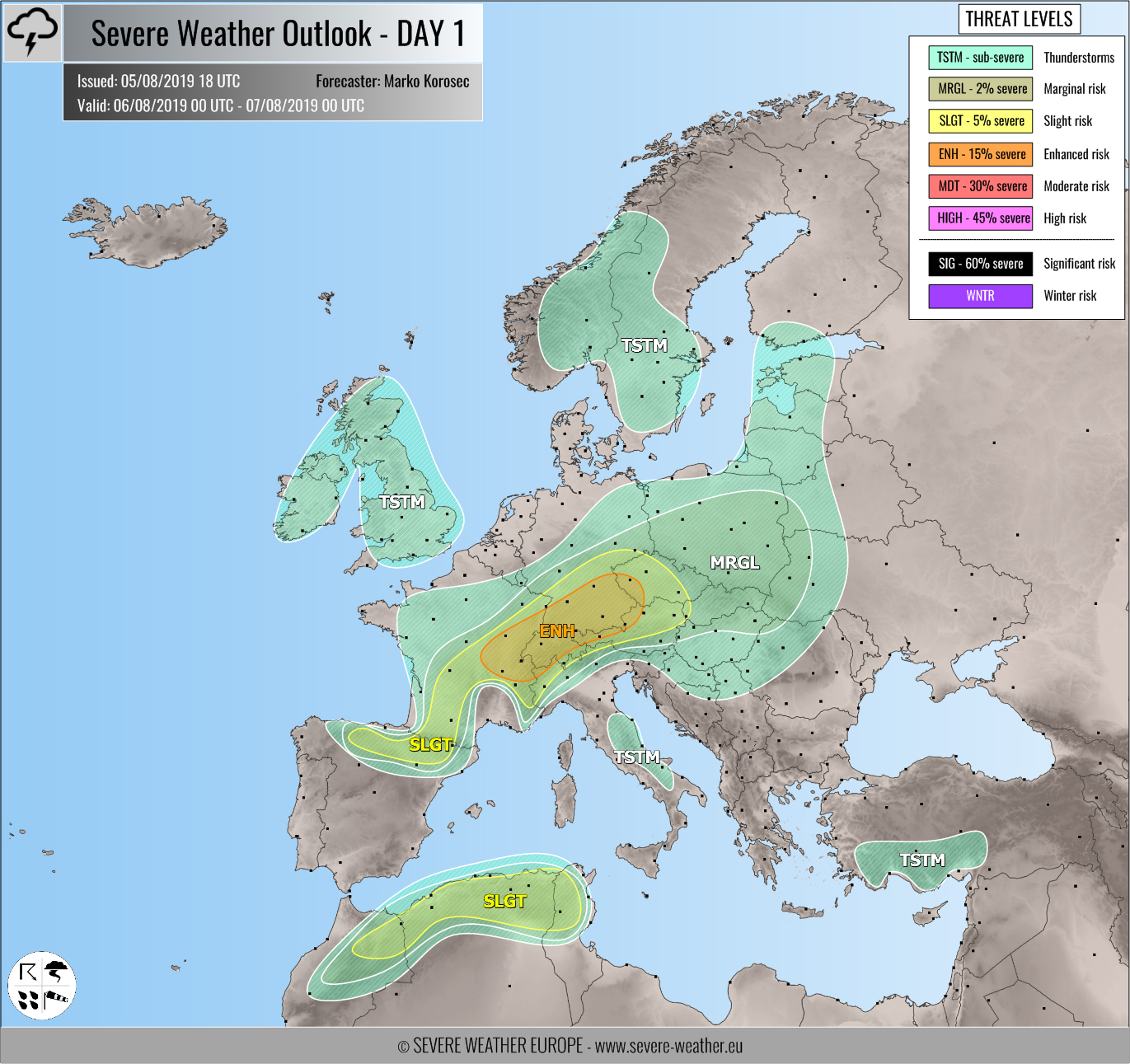 A long-wave trough across the N Atlantic and W Europe gradually move east with a short-wave across France and Benelux. Ridging persists across Mediterranean and the Balkans while deep upper low remains over NW Russia.

ENH risk has been issued for E France, Switzerland, S Germany into N Austria and SW Czechia with threat for severe storms, capable of producing severe winds, torrential rainfall and large hail. Discrete organized storms including supercells are expected to develop by the mid afternoon from E France eastwards when forcing associated with short-wave arrives and initiate storms within strongly unstable and sheared environment. Large hail and severe winds are possible with the strongest cells while moving across S Germany towards Czechia and N Austria. 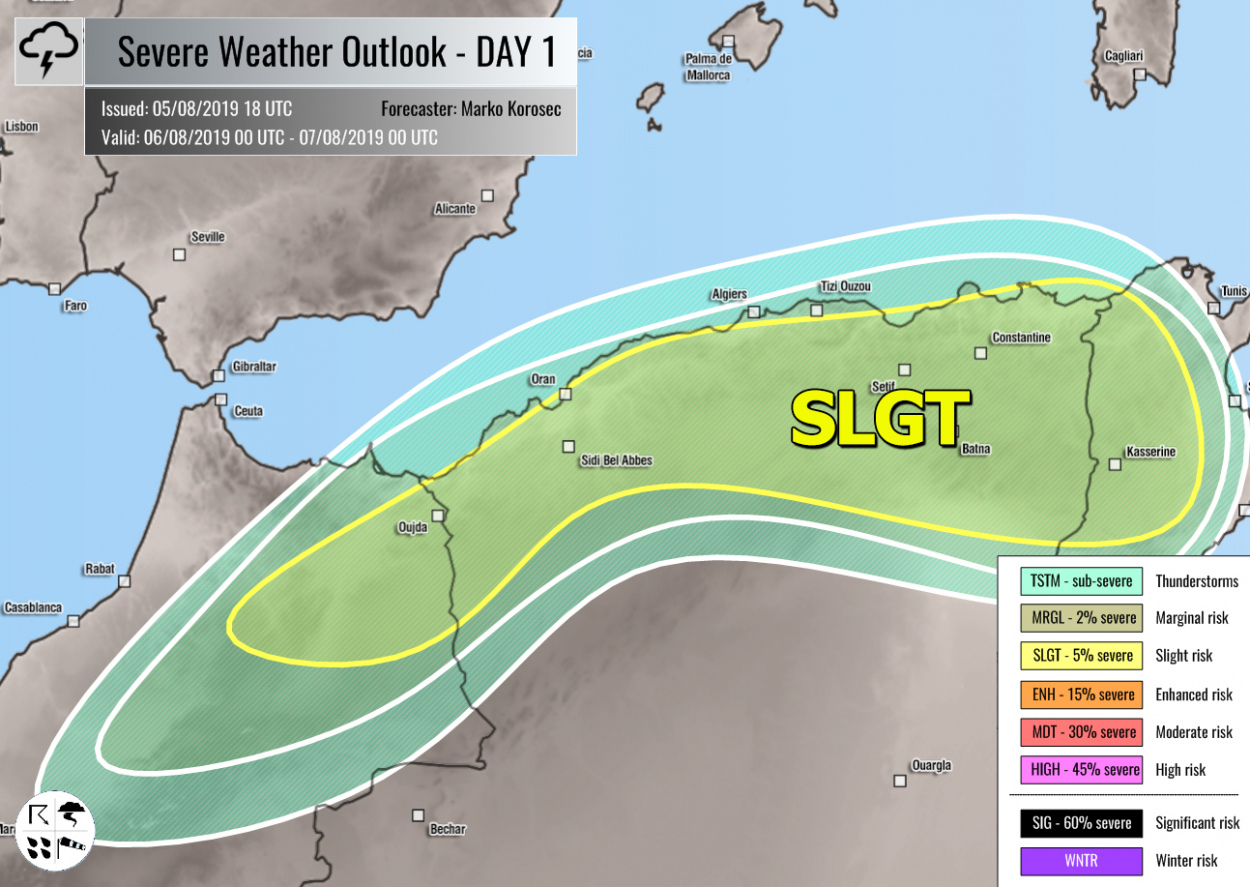 SLGT risk has been issued for NE Morocco across N Algeria into N Tunisia with threat for severe storms, capable of producing severe winds, large to very large hail and torrential rainfall. Supercells are again expected to develop under strong instability and shear over the region and could locally result in very large hail and severe winds.