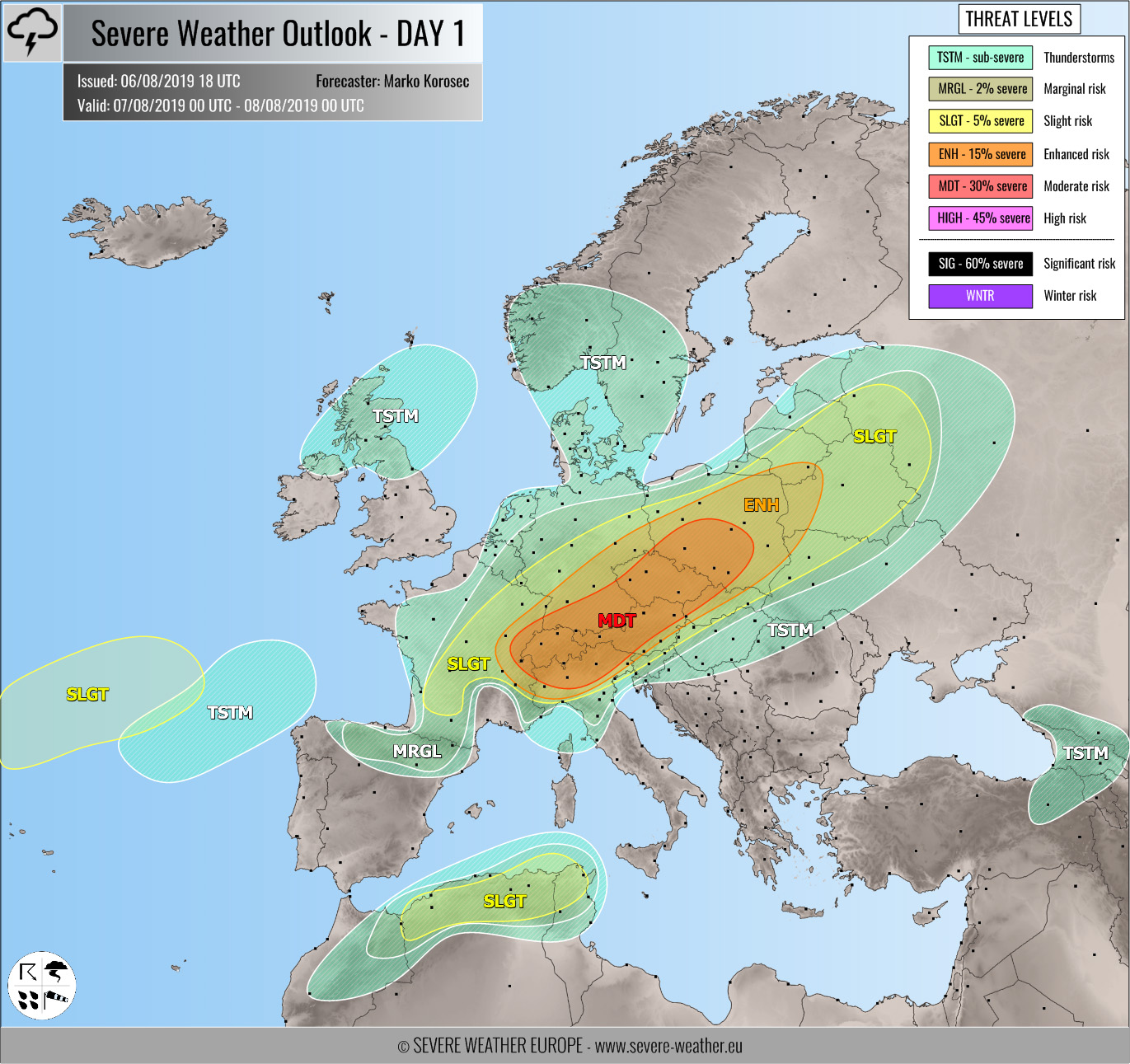 Europe is dominated by large long-wave trough with a pronounced short-wave across central Europe. A deep low is developing N of Azores and moving towards the Bay of Biscay. Ridge persists across the Mediterranean and the Balkans. 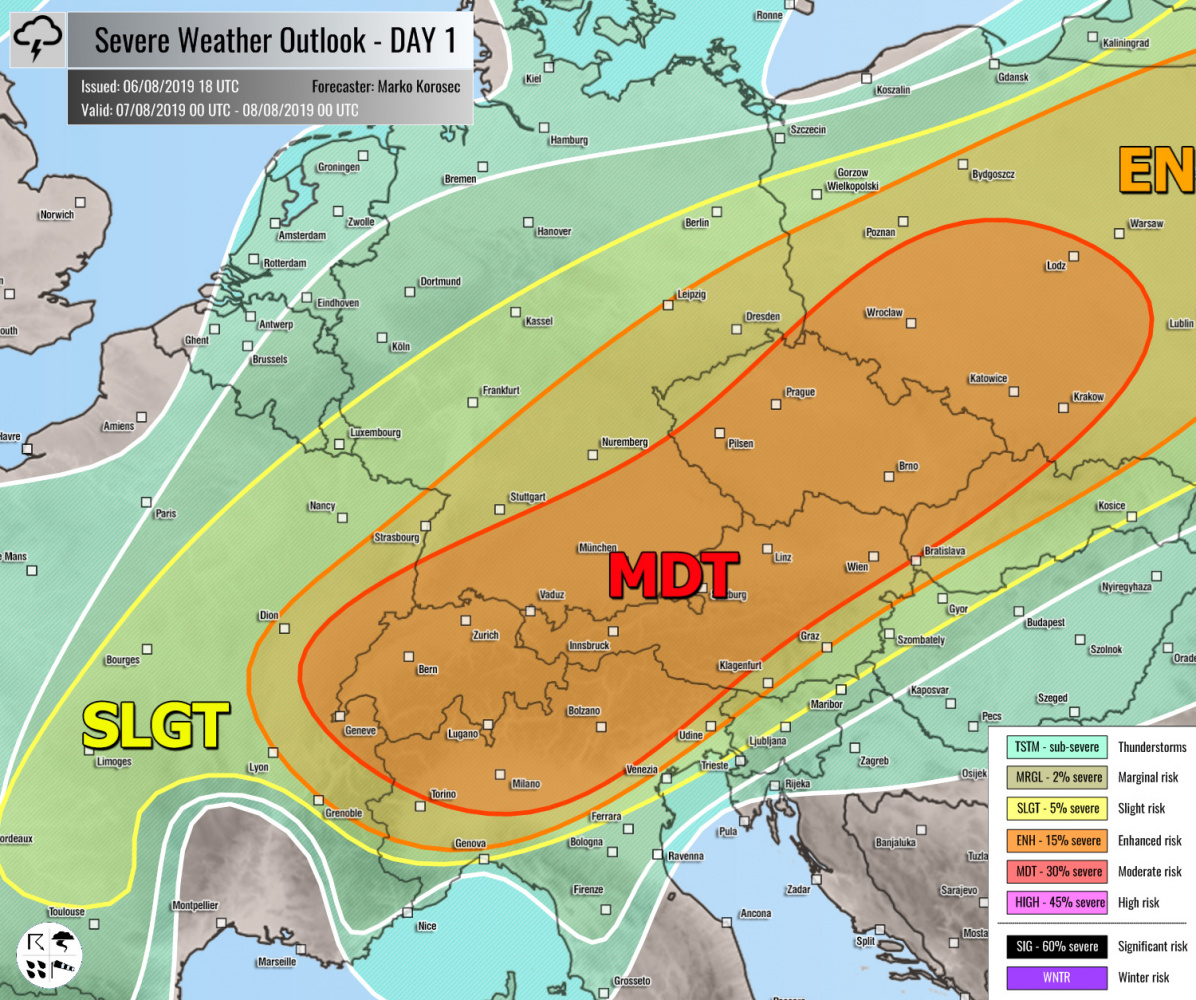 MDT risk has been issued for E France, Switzerland, N Italy, Austria, S Germany into the Czechia, NW Slovakia and SW Poland with threat for severe storms, capable of producing large to very large hail, severe winds and torrential / excessive rainfall. Scattered supercells are expected to develop by early afternoon, fueled by moderate to strong (N Mediterranean) instability within moderately strong shear and helicity. Storms will tend to cluster into a bigger system towards the evening hours and will continue into the night hours as a MCS or two seems possible over the Alps and towards SW Poland.

ENG / SLGT risks have been issued for areas surrounding the MDT risk including E-CNTRL France, central Germany, N Slovenia, Slovakia, Poland into Belarus, Baltic region and W Russia with more isolated threat for severe storms capable of producing severe winds, torrential rainfall and large hail. Risks have been extended east and south due to the likelihood of MCS activity overnight.

SLGT risk has been issued for N Algeria into N Tunisia with threat for severe storms, capable of producing severe winds, large to very large hail and torrential rainfall. Isolated supercells are again expected to develop under strong instability and shear over the region and could locally result in very large hail and severe winds.

SLGT risk has been issued for parts of N Atlantic with threat for severe winds in excess of 90 km/h, associated with the deepening cyclone on its way towards the Bay of Biscay.