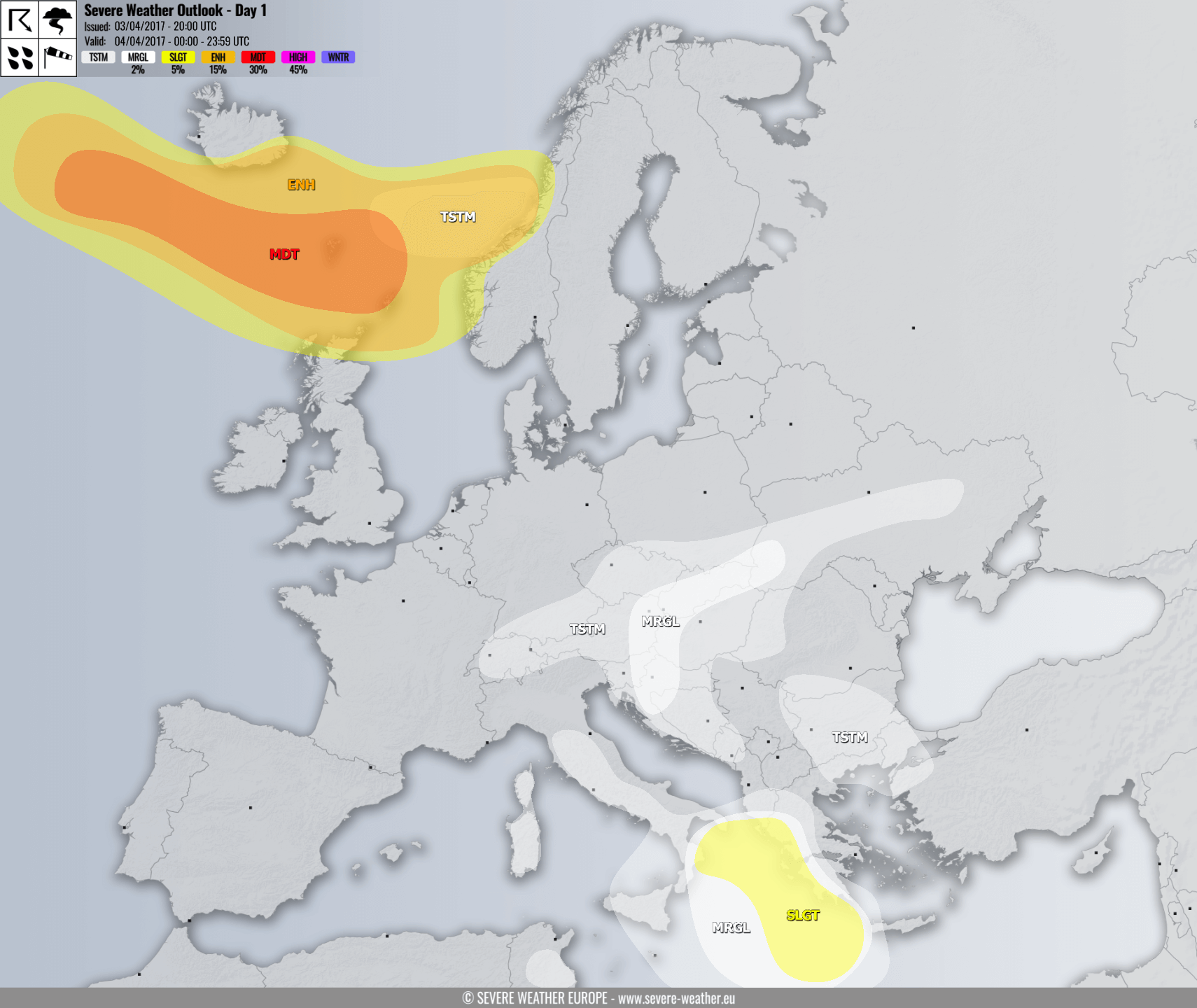 An upper ridge across W & E Europe is expanding into central Europe and Mediterranean as a large upper low over S Mediterranean weakens. Deep trough pushes a cyclone from N Atlantic towards SW Scandinavia.

A MDT risk has been issued for N Atlantic and across Faroe Islands with threat for severe to extremely severe winds in excess of 140 km/h. A powerful wind storm will be crossing the area from the WNW.

ENH/SLGT risks have been issued for N Atlantic and SSE Iceland towards SW Scandinavia and N British Isles with threat for severe winds, locally in excess of 120 km/h. Some graupel showers with convectively enhanced severe winds are possible across S Norwegian sea.

SLGT/MRGL risks have been issued for parts of S Italy, Ionian sea and SW Greece with threat for severe storms, capable of producing severe winds, large hail, excessive & torrential rainfall as well as some tornado threat.

A MRGL risk has been issued across N Balkan peninsula across W Hungary and E Austria towards Slovakia and W Ukraine with threat for some isolated threat for severe storms, main threats will be marginally large hail and strong to severe winds, as well as torrential rainfall due to slow moving storms.

TSTM areas have been placed where some storms are expected, but should remain sub-severe. 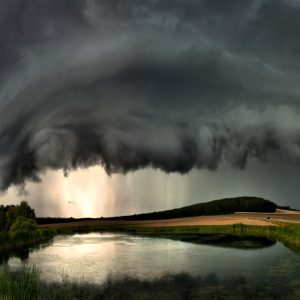