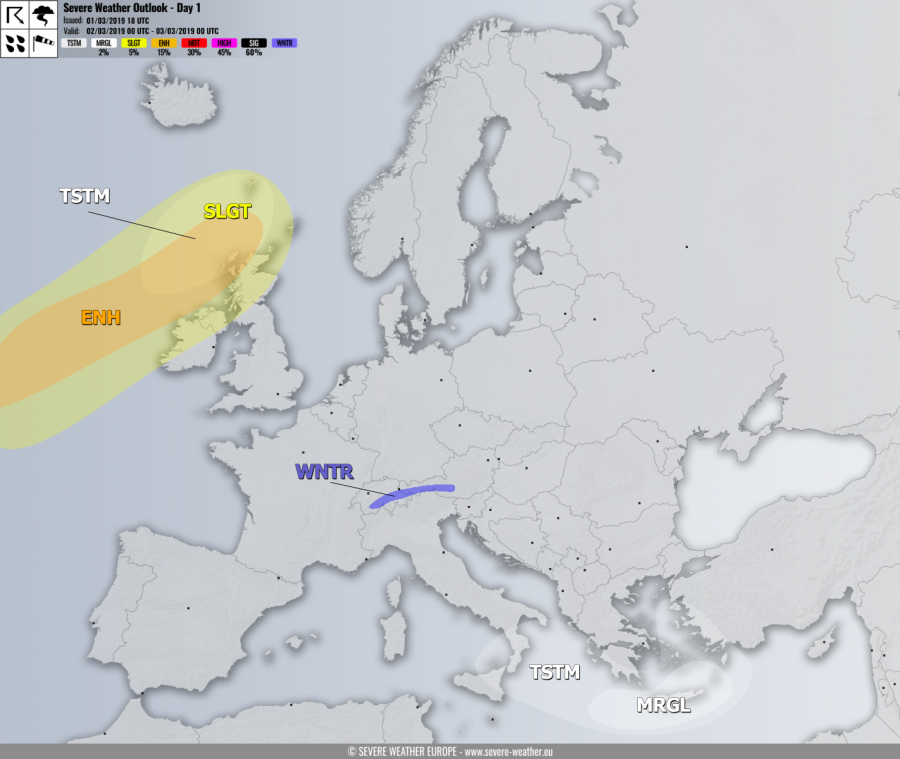 The upper ridge across western Europe weakens as deep trough pushes from the N Atlantic. At surface, an intense cyclone moves across Northern Ireland and Scotland. Another short-wave trough is moving from the central into eastern Mediterranean with a shallow cyclone over Greece.

MRGL risk has been issued for parts of the eastern Mediterranean along Crete Island where some enhanced threat for better organized storms is possible. Marginal hail and strong to severe winds could occur.

WNTR risk has been issued for the NNW Alps where more than 50 cm of fresh snow is likely in the high mountains across SE Switzerland and W Austria due to strong Stau effect snowfall with the northwesterly flow.

TSTM risk area has been placed where storms are most likely to develop.