After the deep cyclone across the Northern Ireland and Scotland tomorrow, another deep cyclone is expected to cross the British Isles and Ireland on Sunday. It will likely bring intense rainfall and severe to extremely severe winds for SE Ireland, parts of England and Wales on Sunday. Snow will also be possible in some areas.

The pattern supporting this evolution is characterized by a deep trough moving into western Europe from the north Atlantic and a deep cyclone develops on its southern flank. 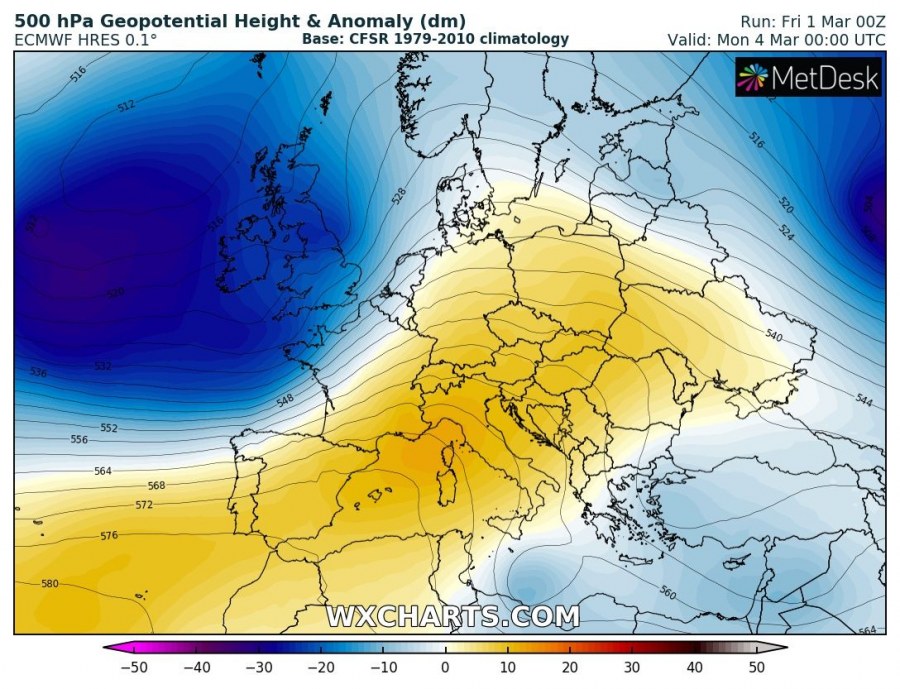 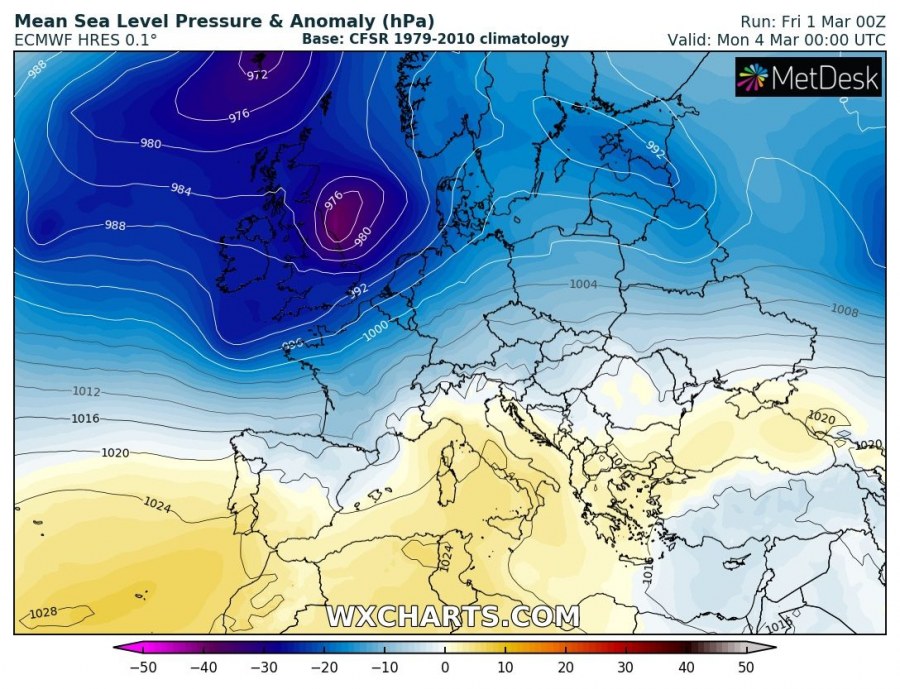 6-hour sequence of the deep cyclone track across the British Isles and Ireland. Cyclone nears Ireland on Sunday afternoon and then pushes east across Wales and S Scotland towards the North Sea. Severe to extremely severe wind gusts up to 150 km/h are possible! Once the low is east of Ireland, cold advection in its wake could support some snowfall across Ireland as well. 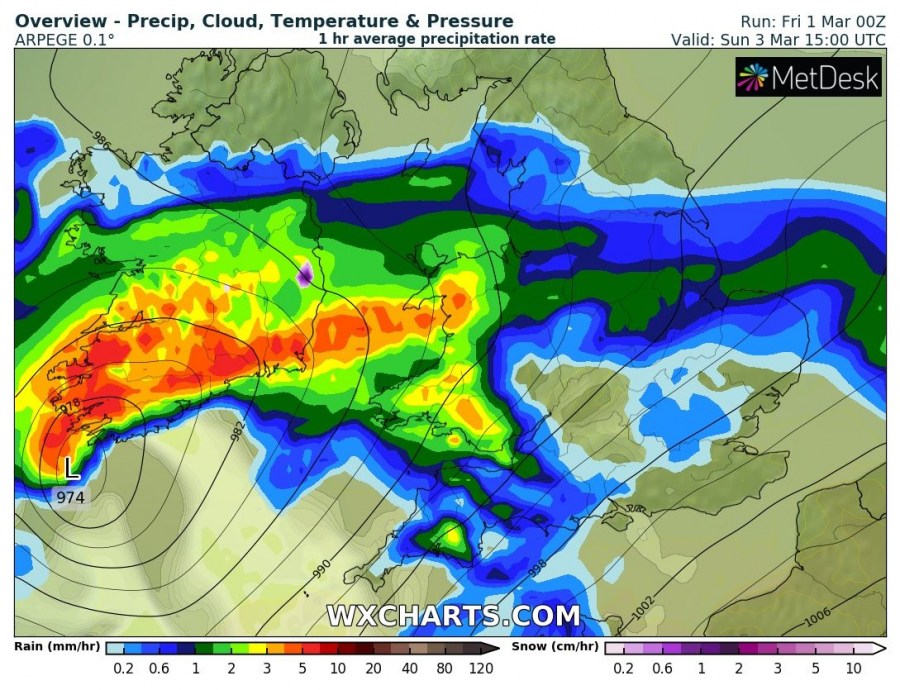 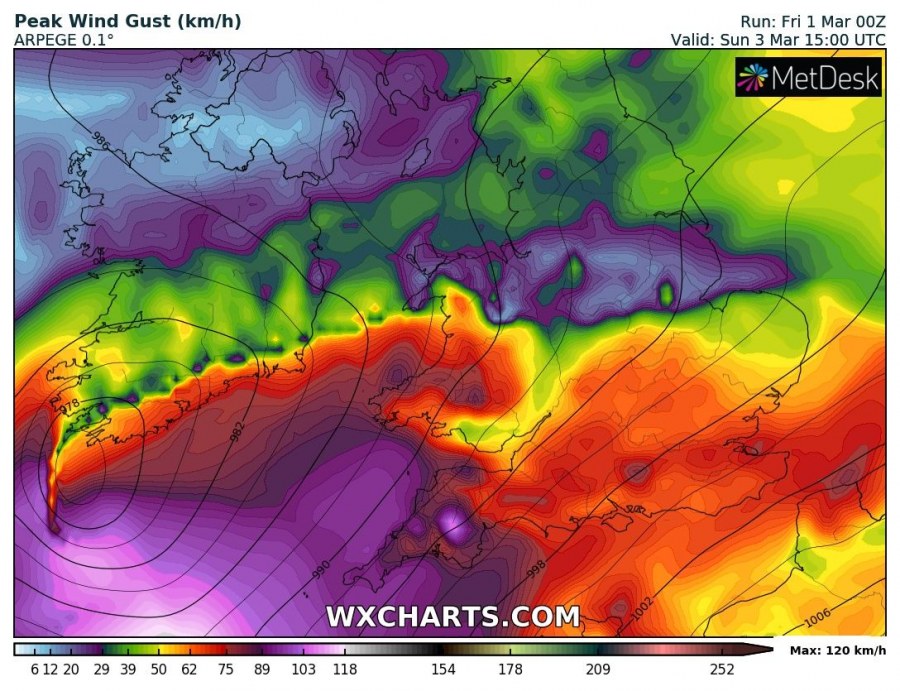 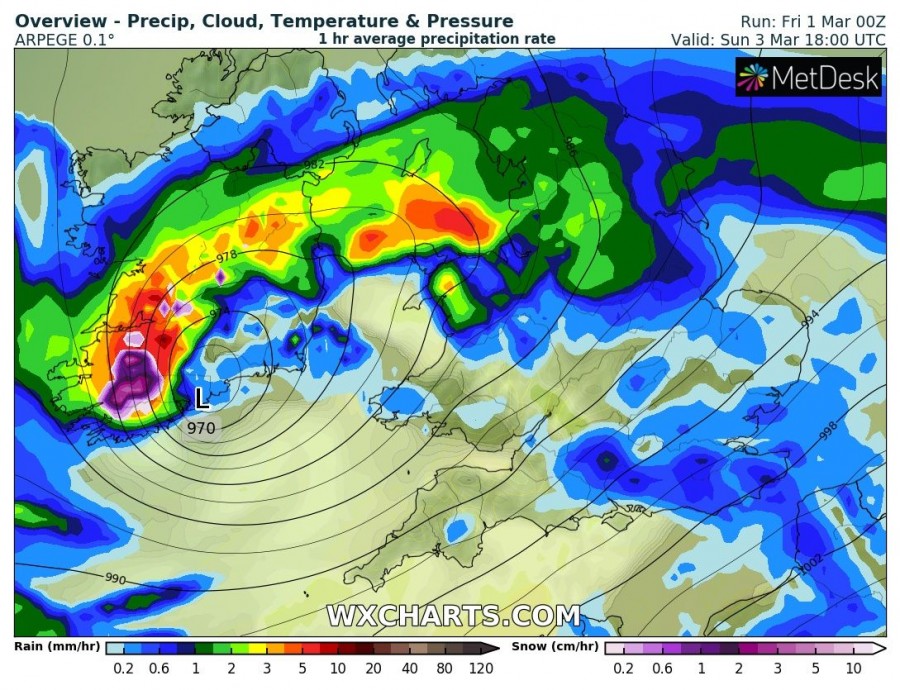 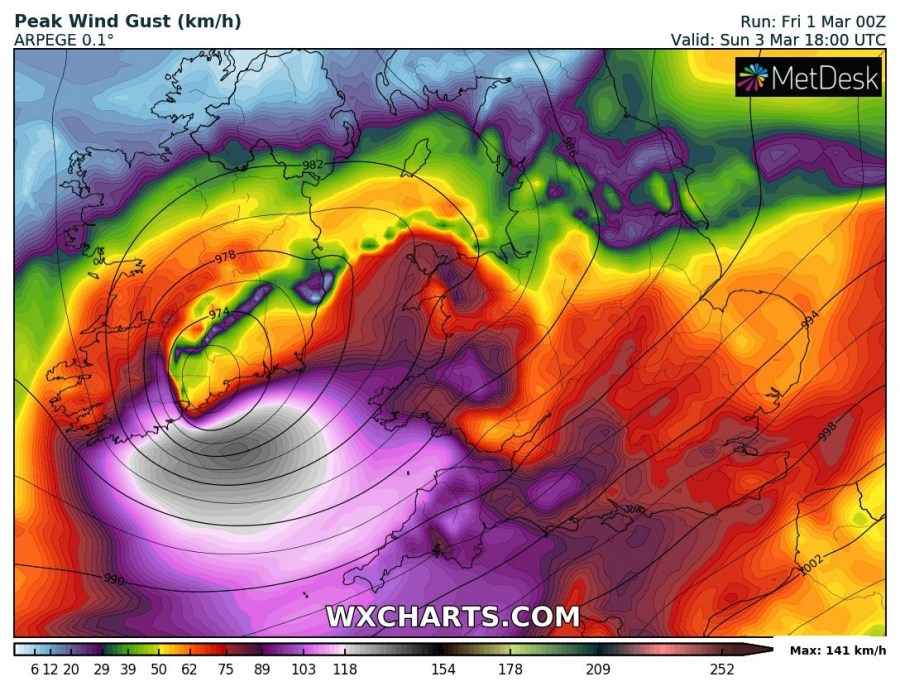 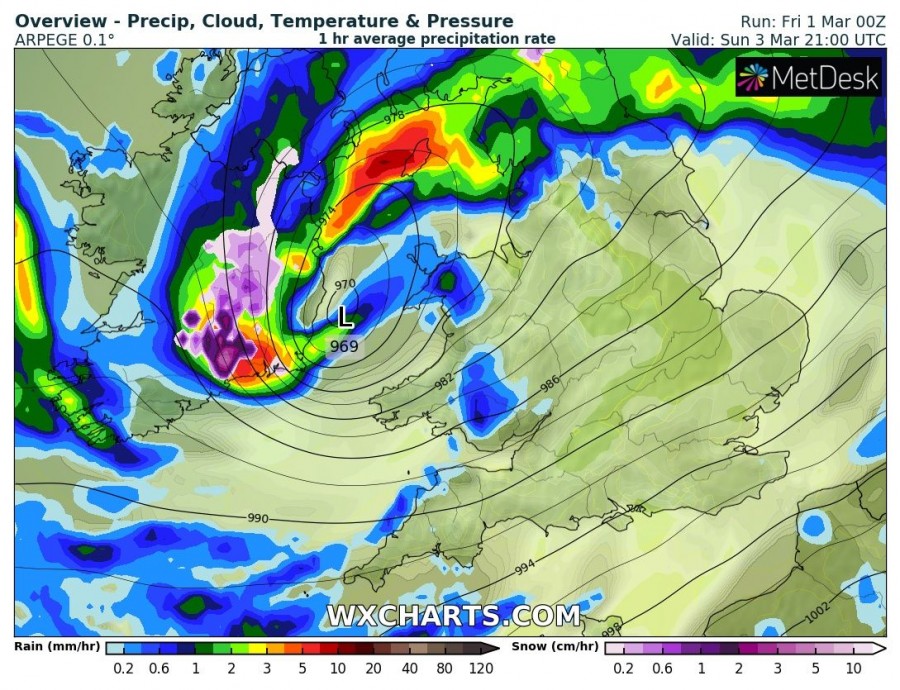 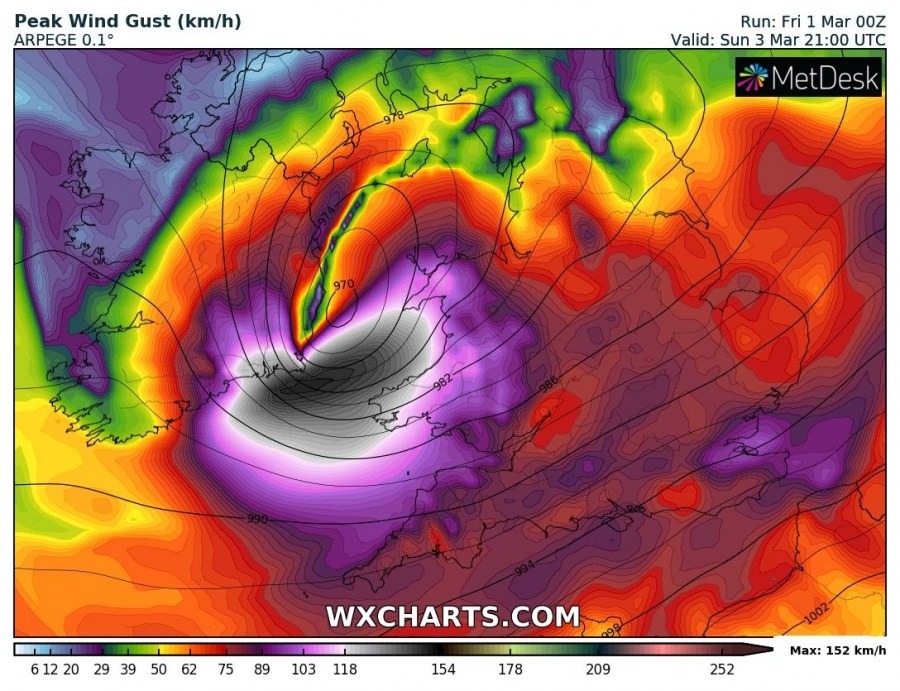 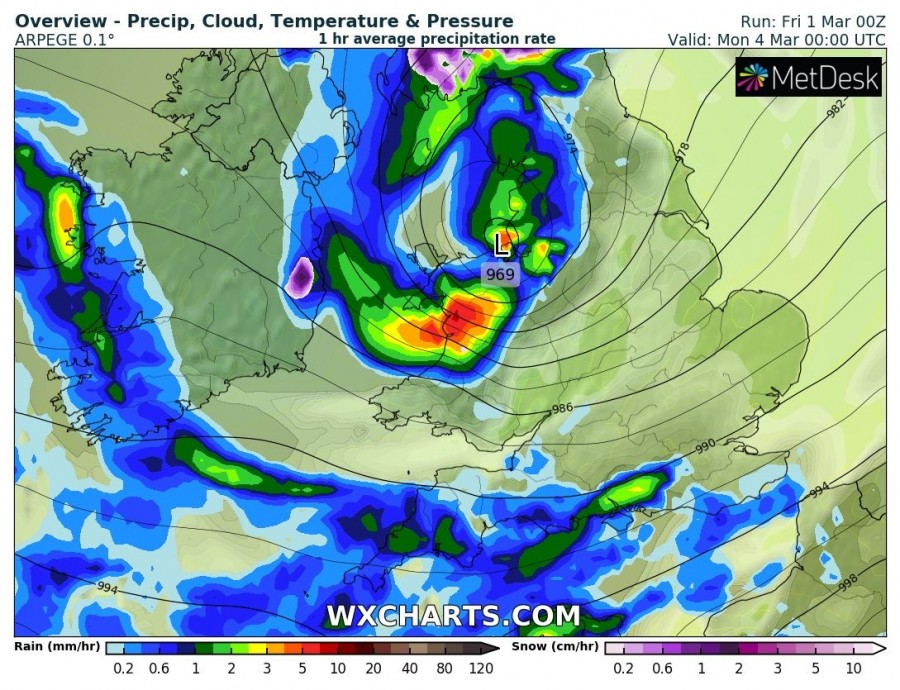 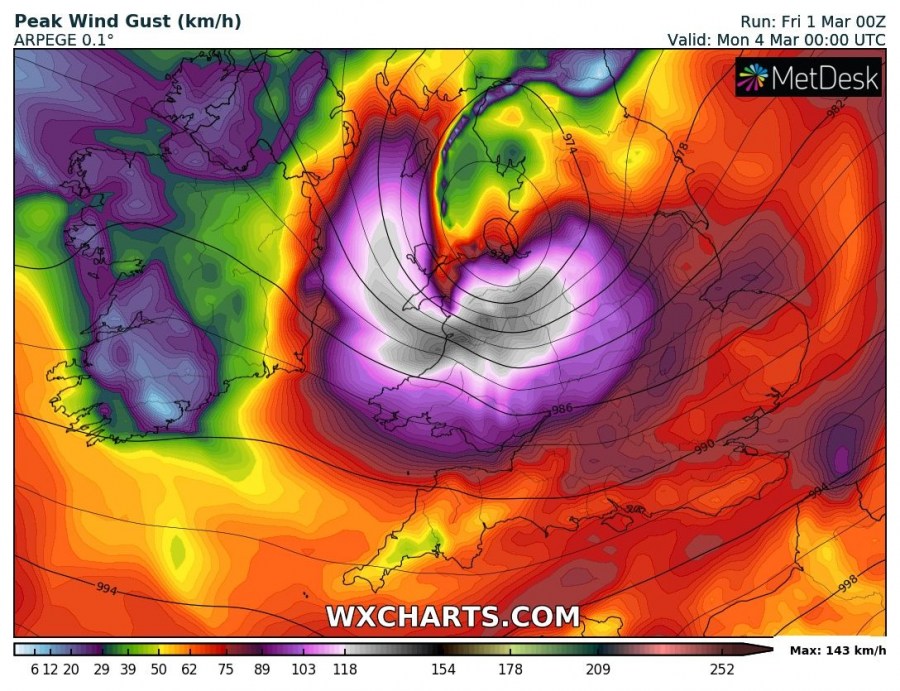 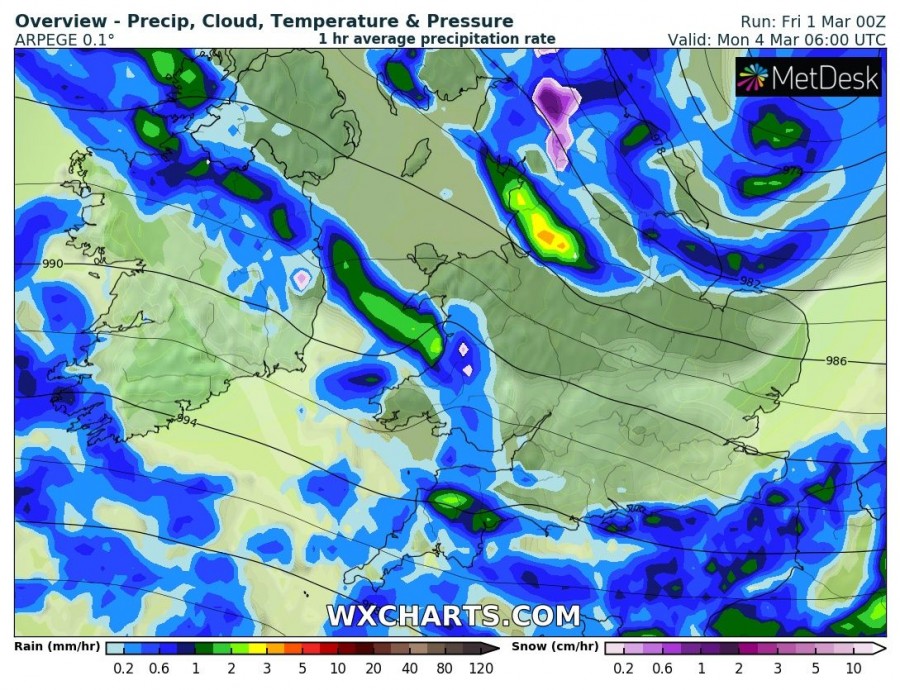 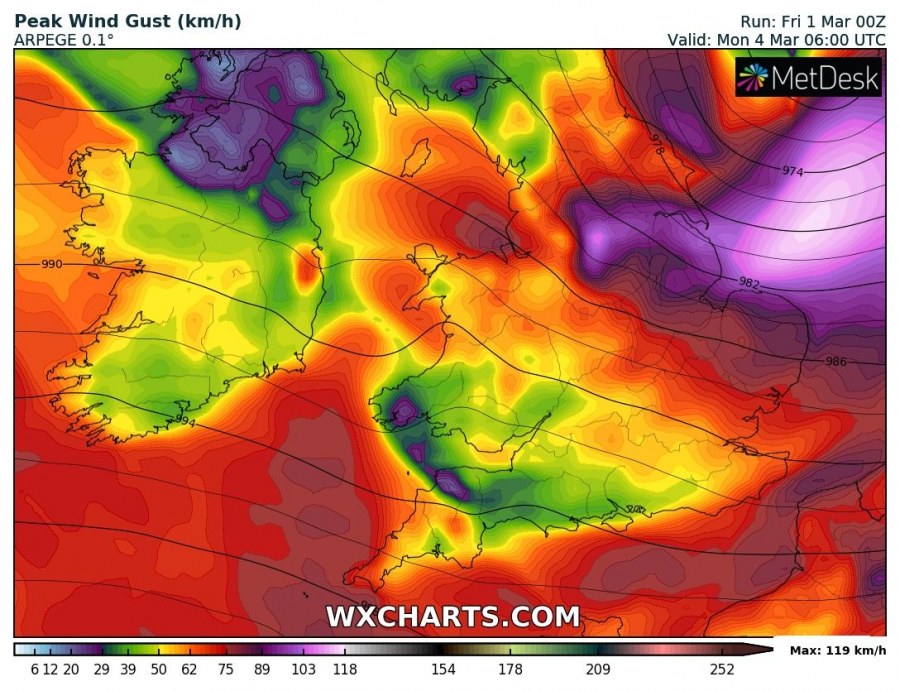 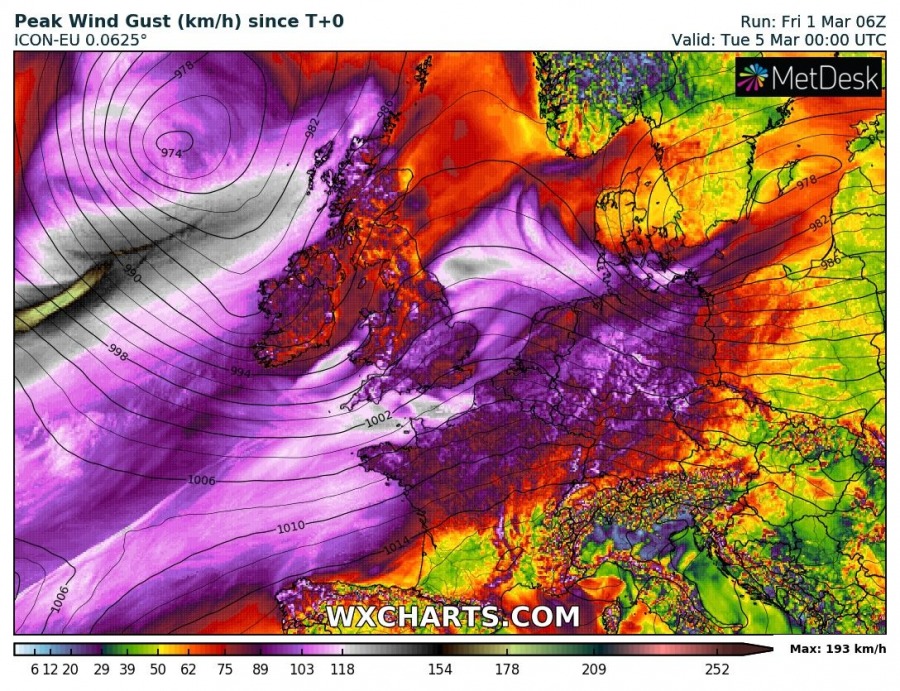 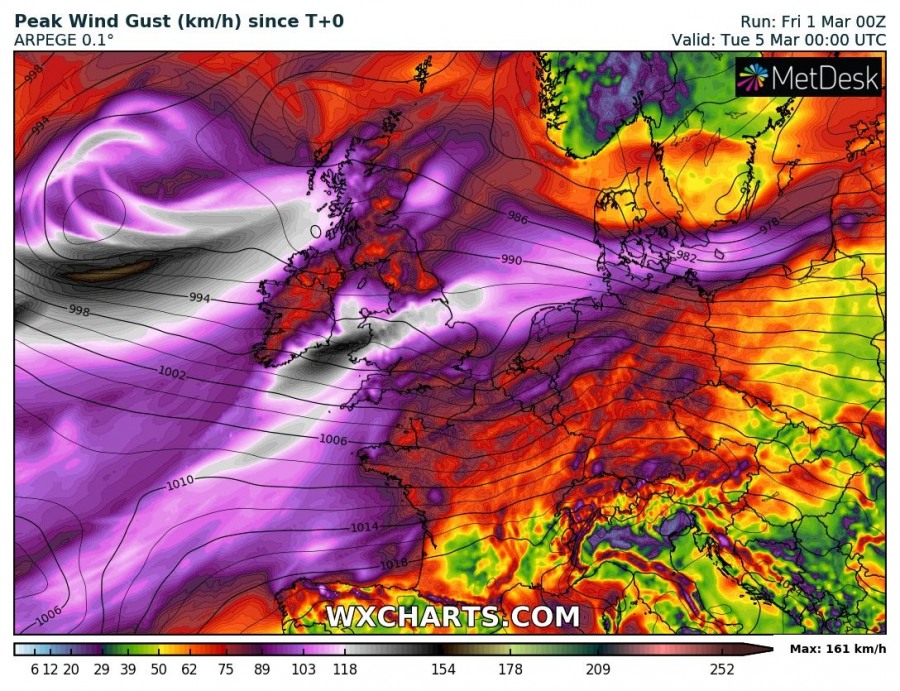 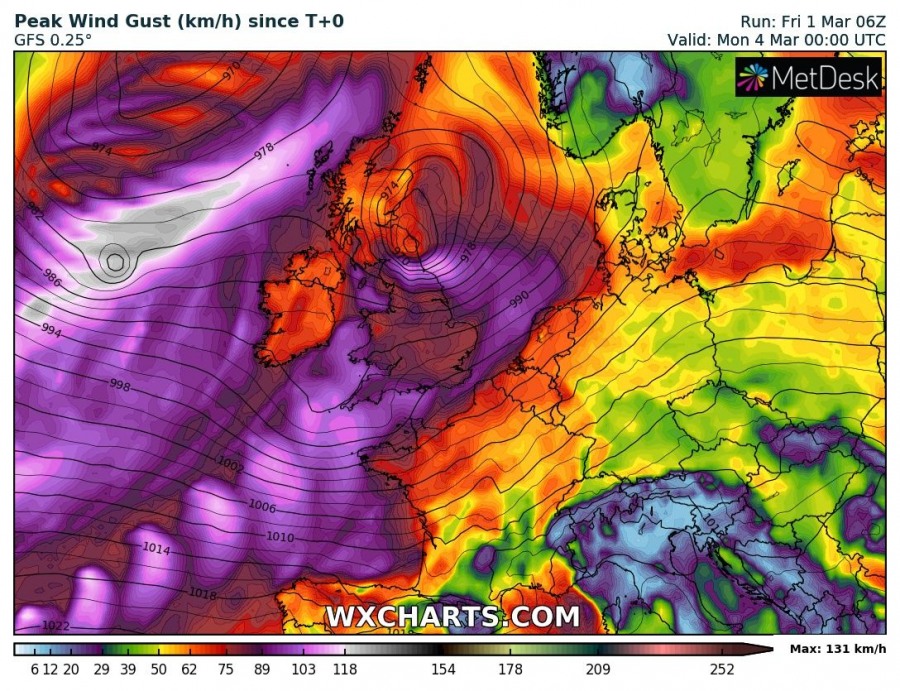 Some fresh snow is likely across the Scottish Higlands (up to 10 cm possibly) and also across parts of Ireland. 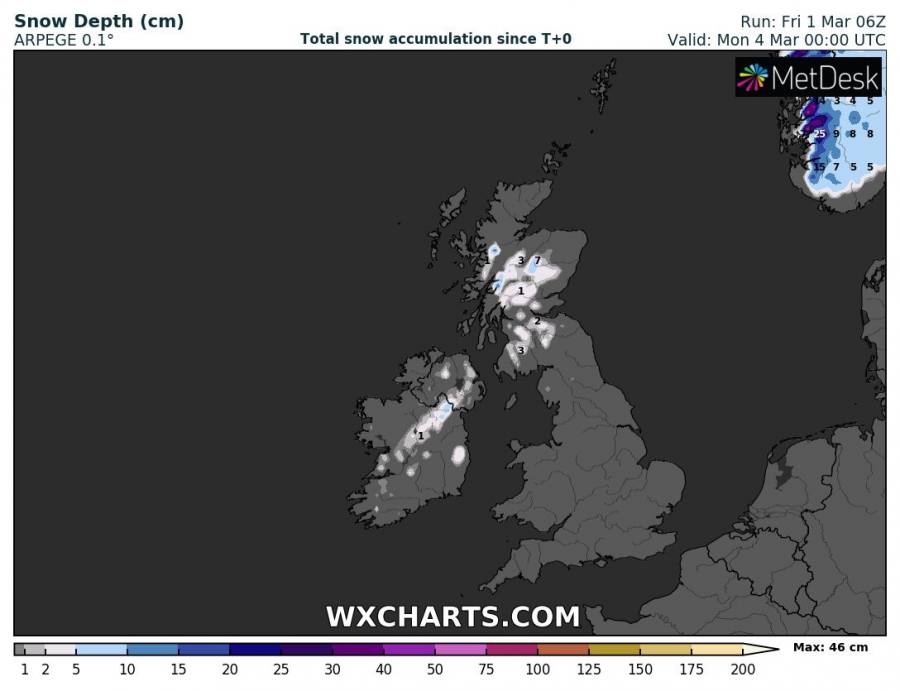 Stay alert for dangerous conditions through the whole weekend as both days will be affected by two cyclones – see below.