Cyclone Ophelia is moving northeastward, affecting parts of the UK and Ireland with storm force winds. It is gradually weakening.

Peak winds of post-tropical cyclone Ophelia have now shifted over the northern and central part of the British Isles, peak gusts of up to 145 km/h reported in Scotland, 136 km/h in Wales. 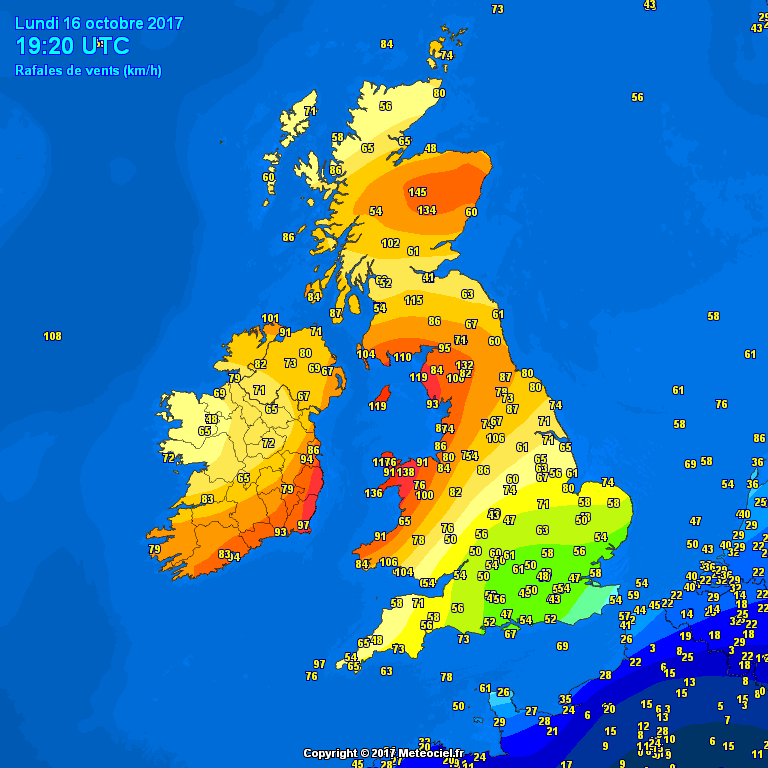 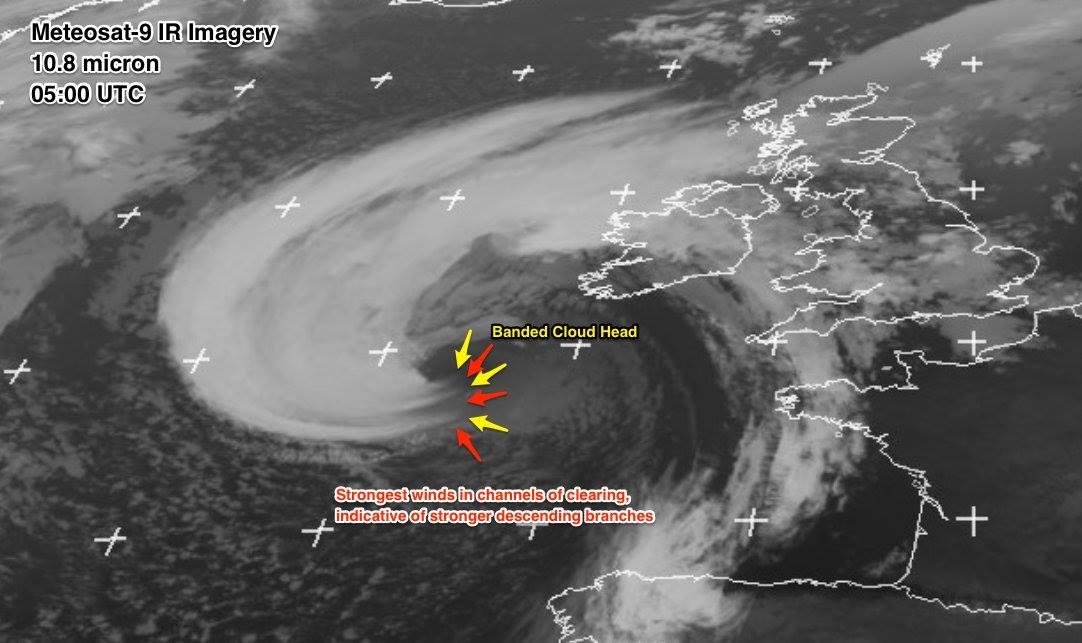