The eastern Mediterranean, in particular Crete island, is under extreme effects of warm southerly winds pushing enormous amounts of Saharan dust – and hot air – northwards. The island is nearly choking in dust. 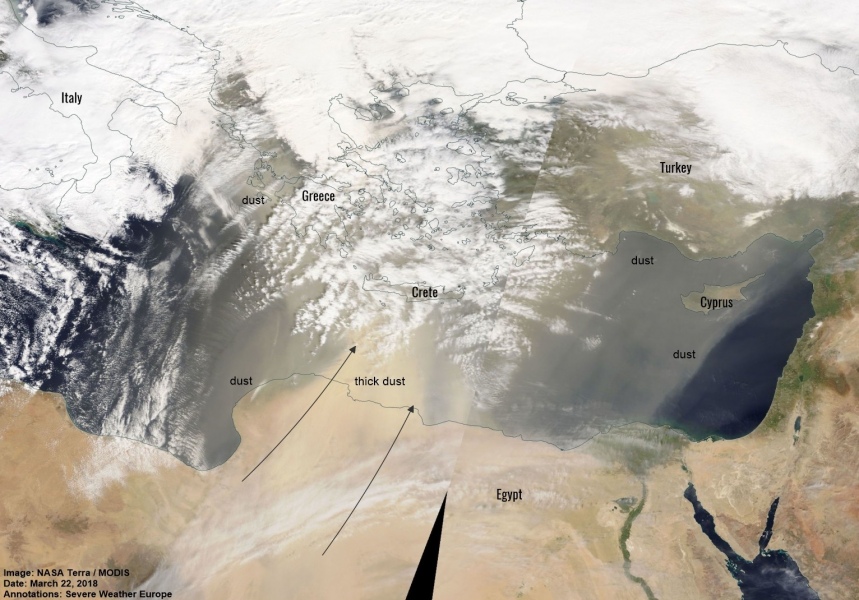 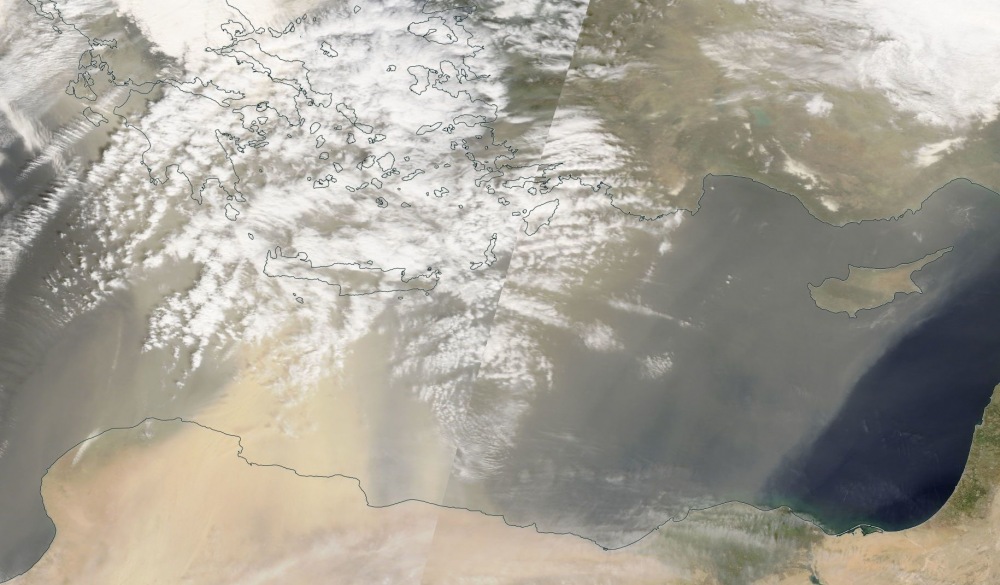 Satellite images reveal a rare sight, as the dust moving towards Crete island is so thick that the surface of Mediterranean sea is not visible below it. There are large amounts of dust also moving across western and central Greece, the Aegean region, much of Turkey and across the eastern Mediterranean, as far east as Cyprus.

Temperatures on Crete island have been warm throughout the day: the air from the south is very warm, and there is additional warming due to Foehn effect on the mountainous relief of the island. Temperatures reached 29 °C at Falasarna weather station in Chania between 5 and 6 am. This is about 20 °C warmer than a typical morning at this time.

Reports by our readers and webcam images show the air is thick with Saharan dust. Around Chania the dust is reportedly mixing with smoke from local wildfires. 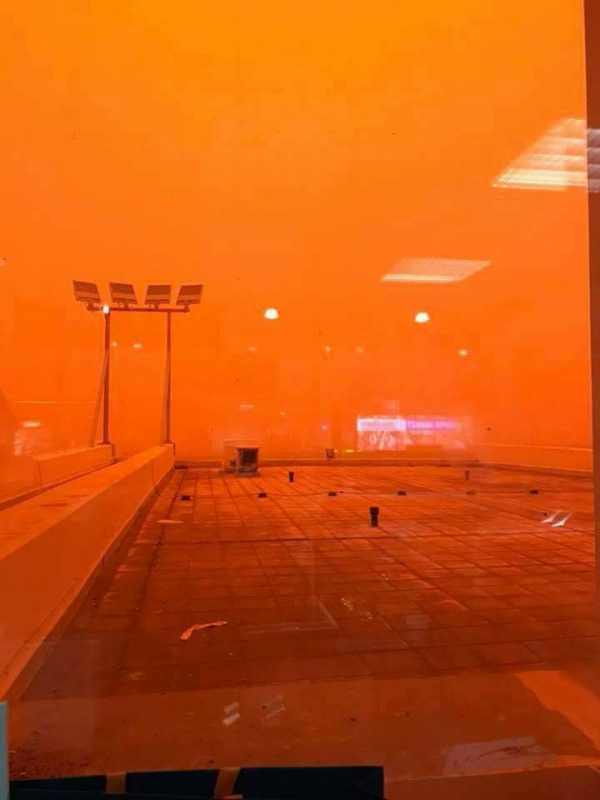 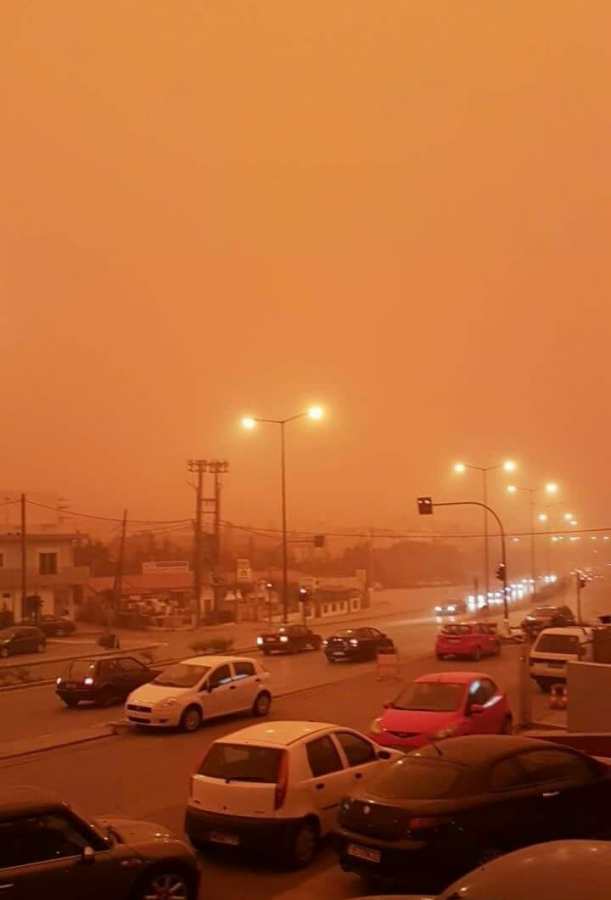 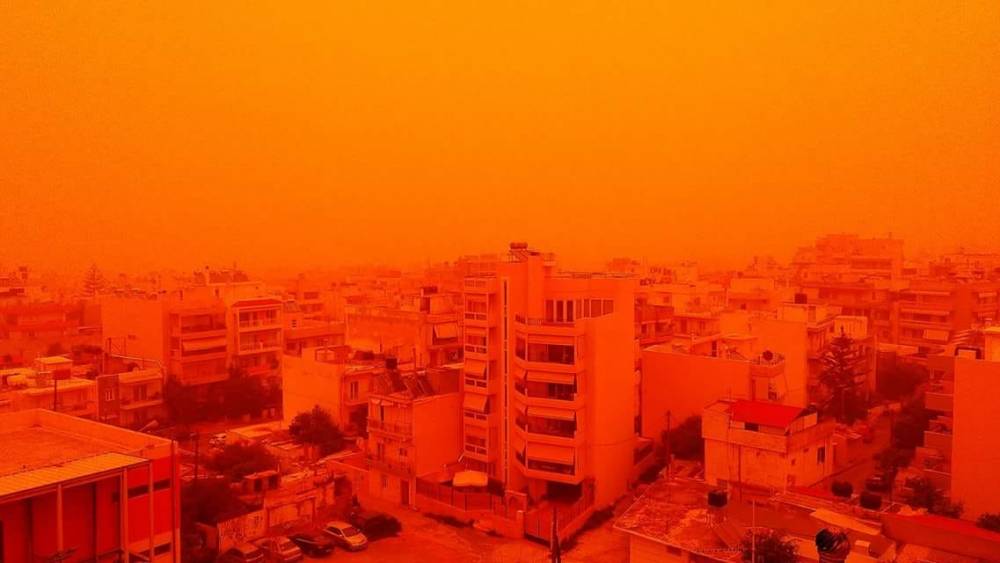 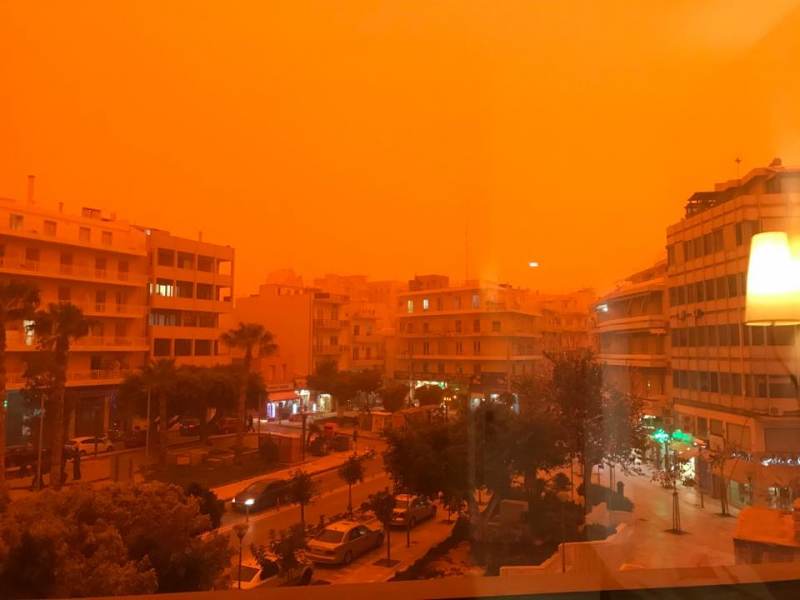 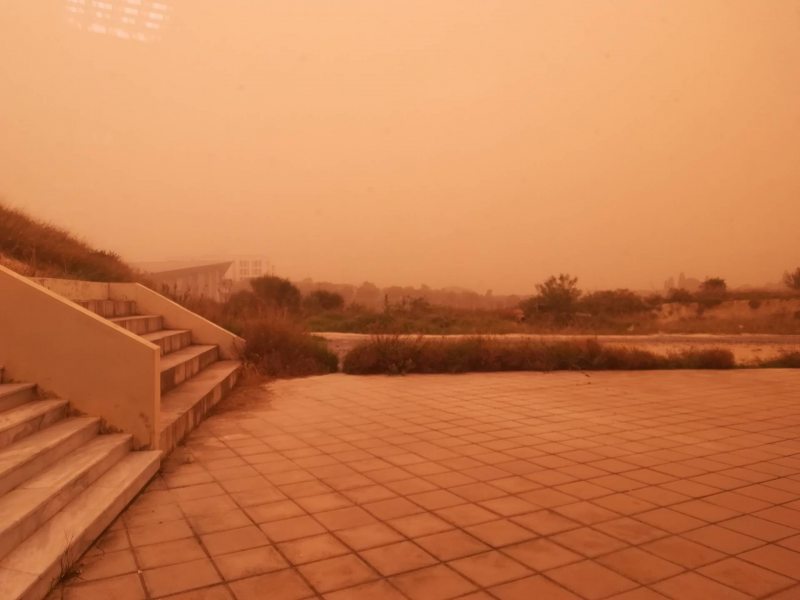 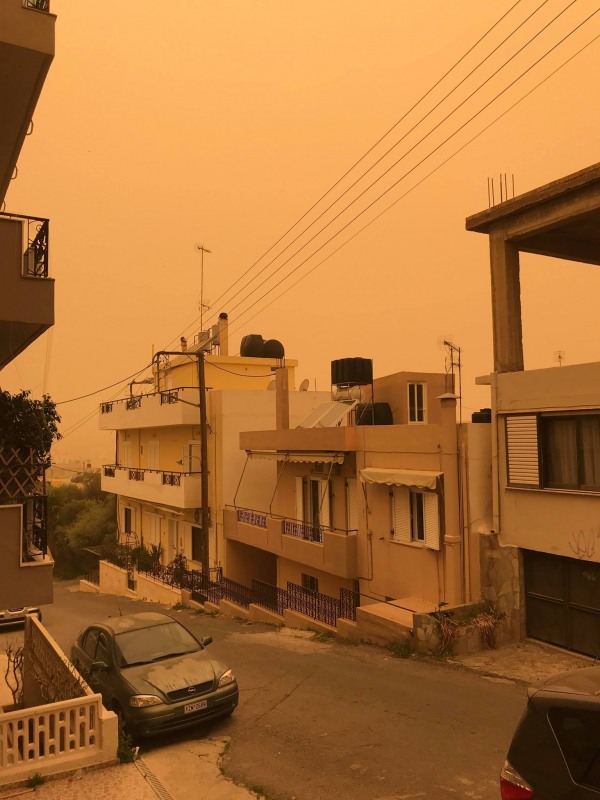 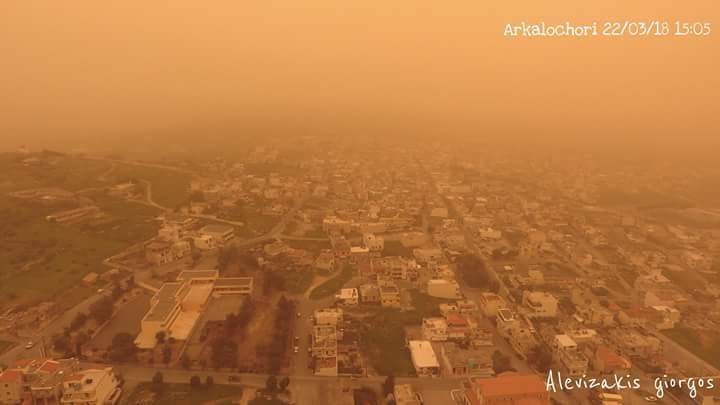 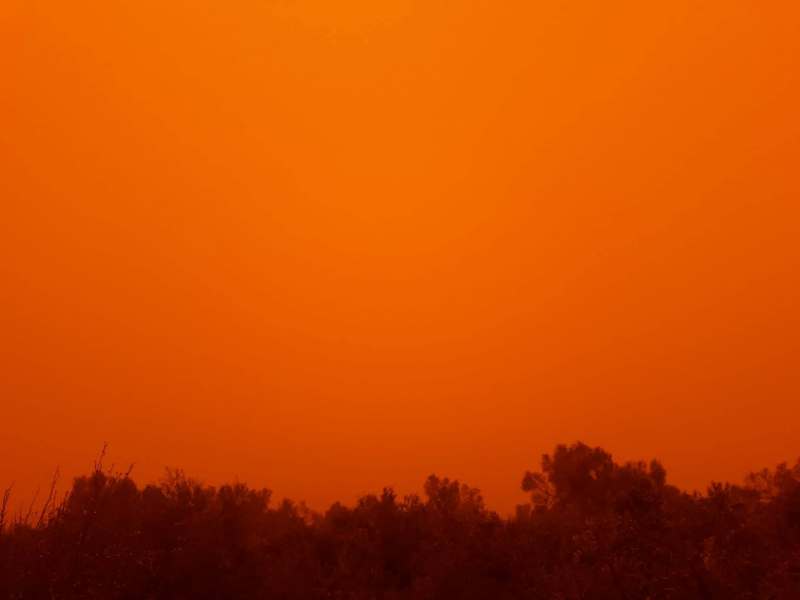 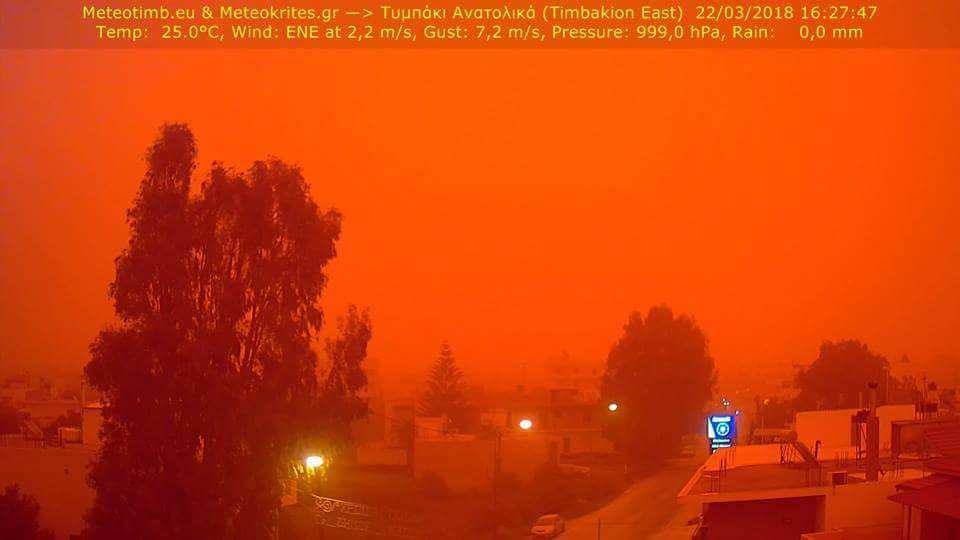 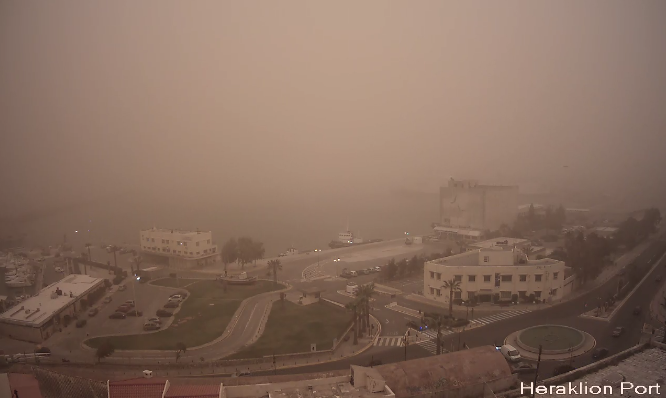 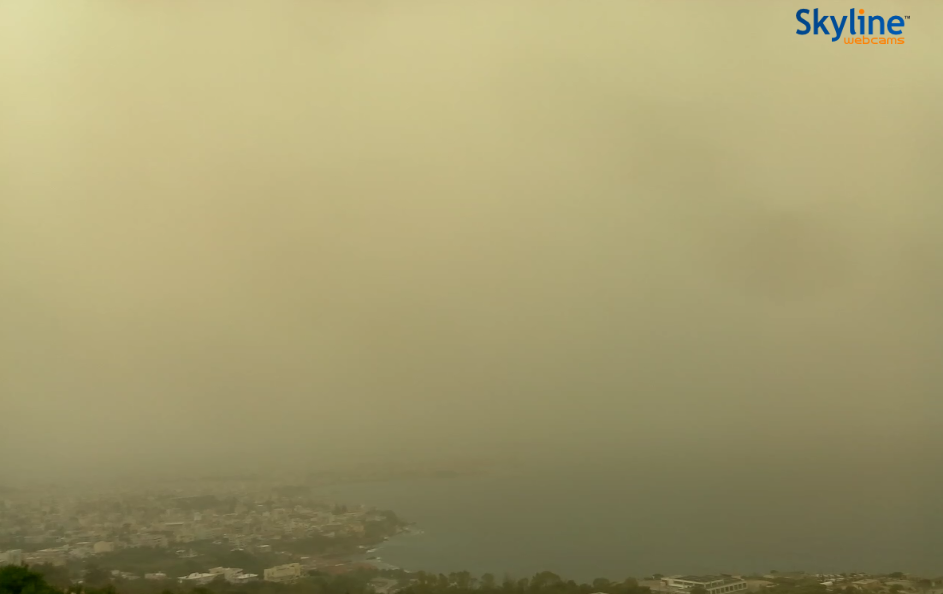 Outlook for today and tomorrow

Dust concentrations across the entire region will remain very high today and tomorrow. Some dust will also be advected into E-SE Europe, as far north as Hungary. Looking at longer term trends, more intense waves of Saharan dust may be expected in the same region in the next 5-6 days. Stay tuned for updates! 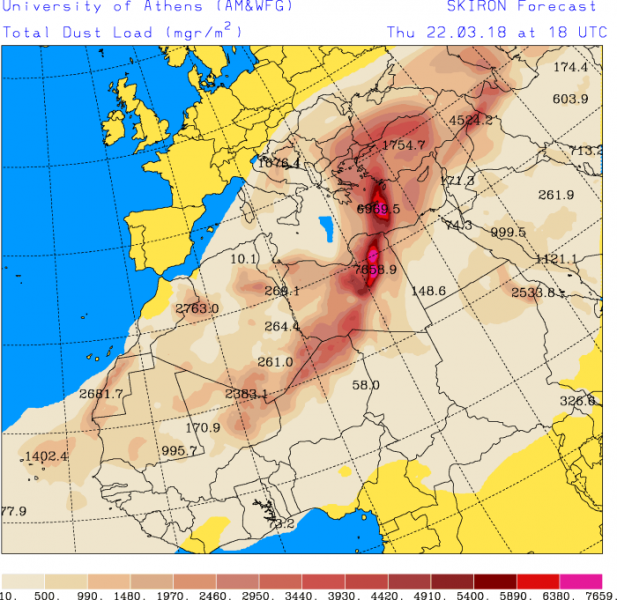 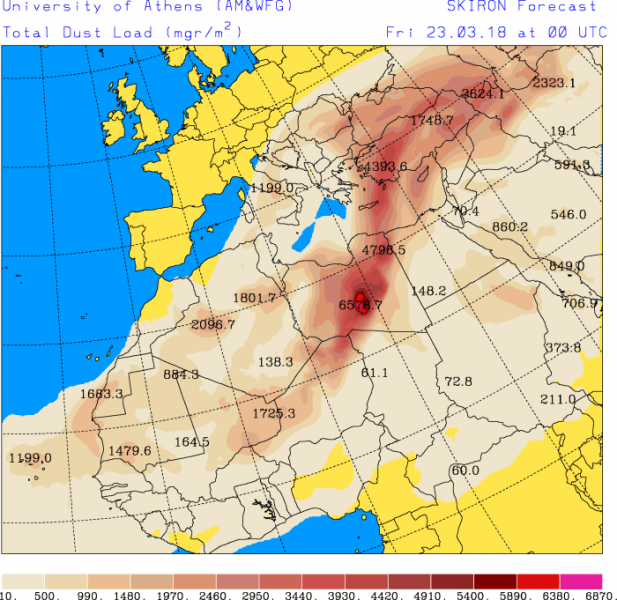 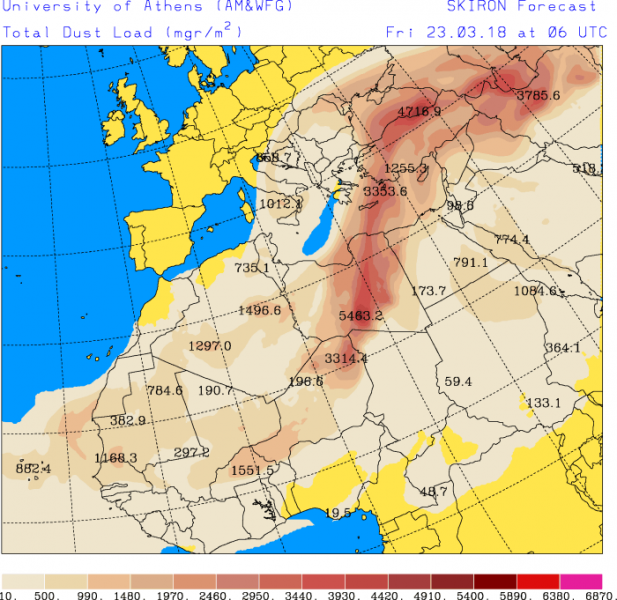 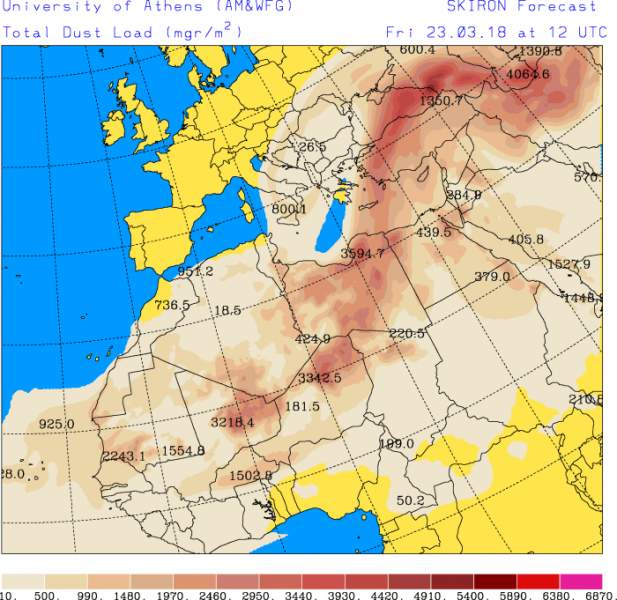