As expected, a surface low associated with the cold blast pushing across the US in the past several days produced blizzard conditions across North Dakota (USA) and Manitoba (Canada). Dangerous conditions, with intense snowfall and severe windchill hit much of both states. Winds gusting into 60-80 km/h range have been reported over much of the region. Temperatures have dropped down to -9 °C in south Manitoba and -3 °C in North Dakota, with windchill pushing into double digit negatives. 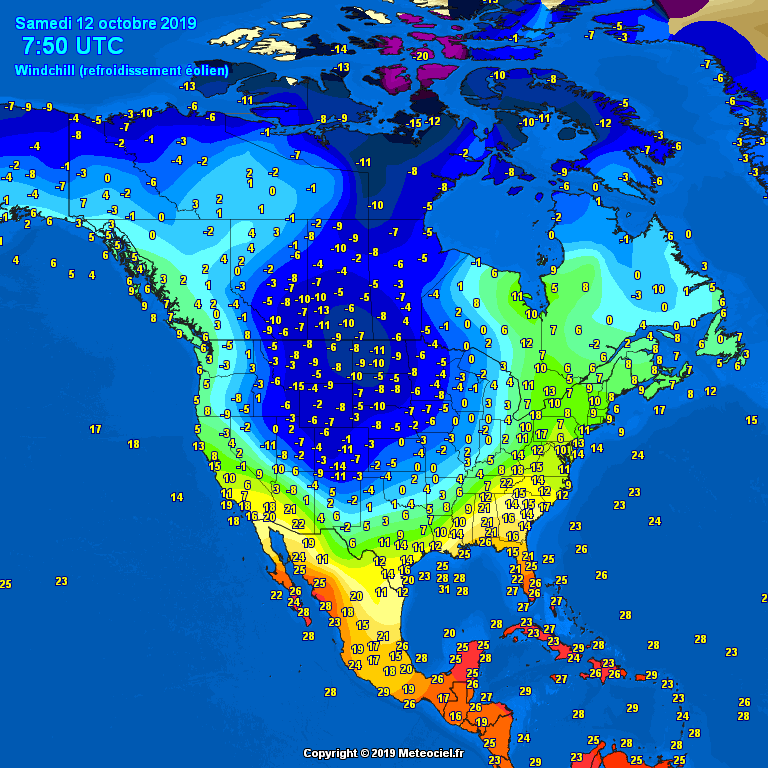 NOAA GOES East satellite imagery showing the surface low over the northern Great plains. This system has produced heavy snowfall and blizzard conditions over the region. Also note subtropical storm Melissa to the right over the Atlantic. 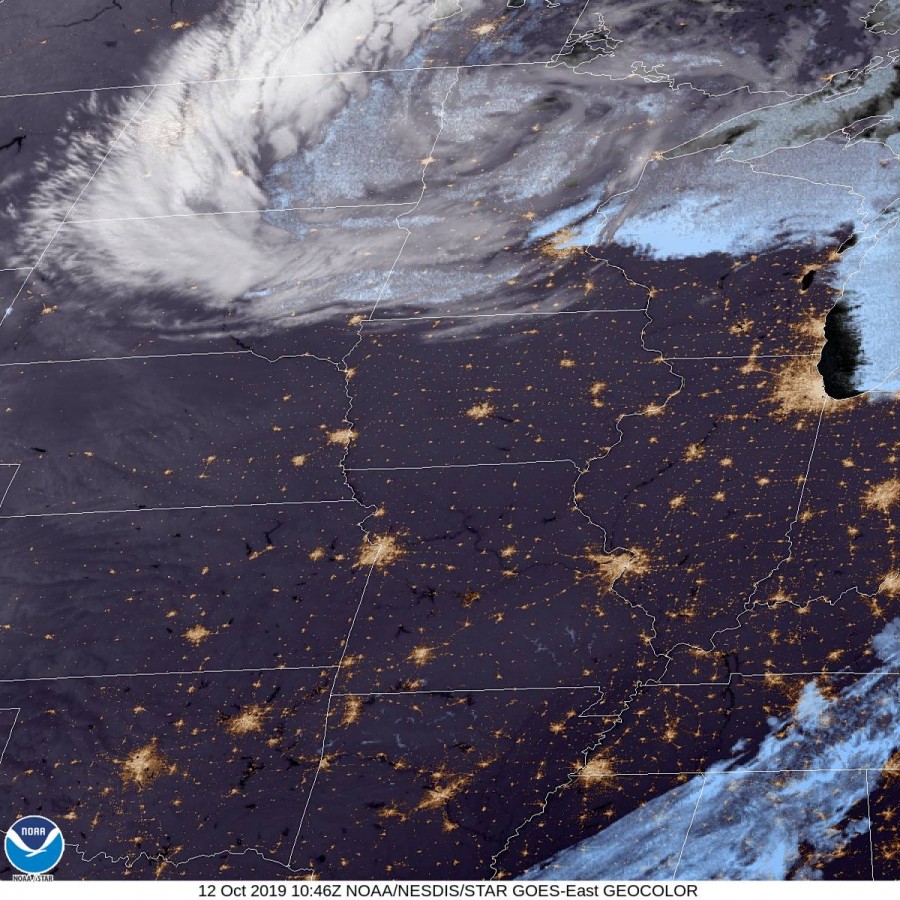 Whiteout, blizzard and ground blizzard conditions have been reported in many locations in North Dakota and Manitoba. See some reports below: