Typhoon Hagibis is making landfall in Shizouka prefecture and will be moving further inland, across the Kanto region, including the Tokyo metro area. Severe winds, including at least one wedge tornado, torrential rainfall, major flooding and intense waves are reported. 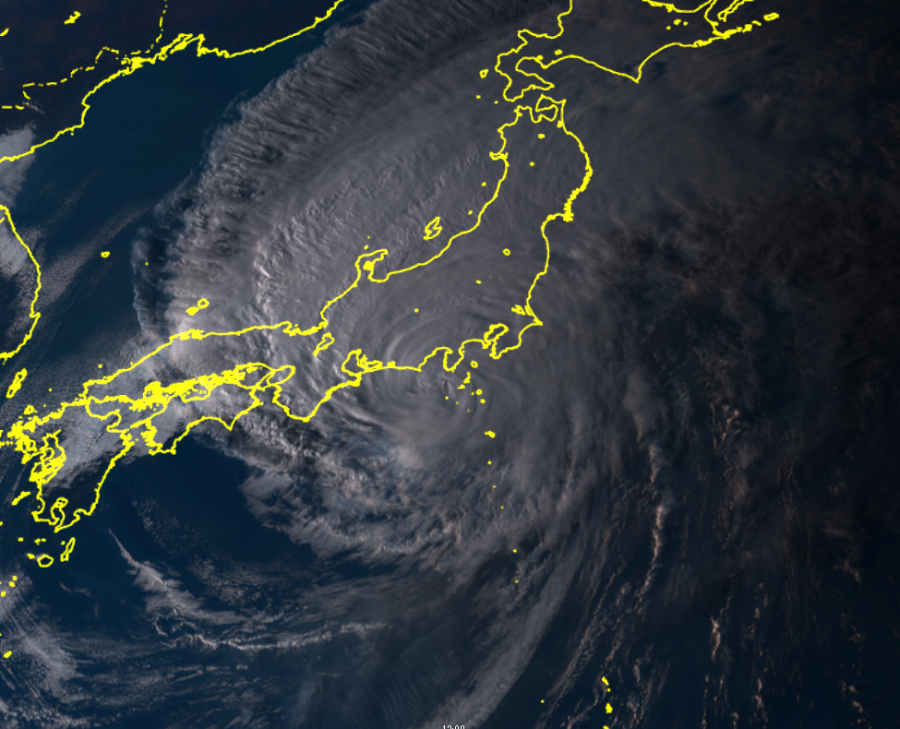 As of 6h UTC on Saturday typhoon Hagibis is an equivalent-CAT2 system with 157 km/h sustained winds (per JWTC). and will likely weakend below tropical storm strength threshold and become an extratropical storm by early on Sunday. 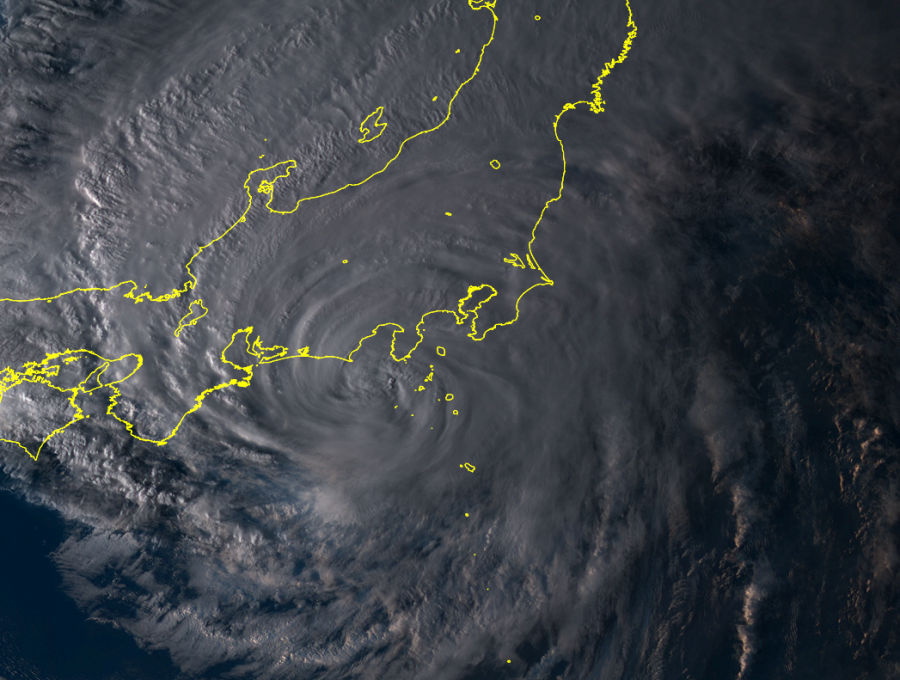 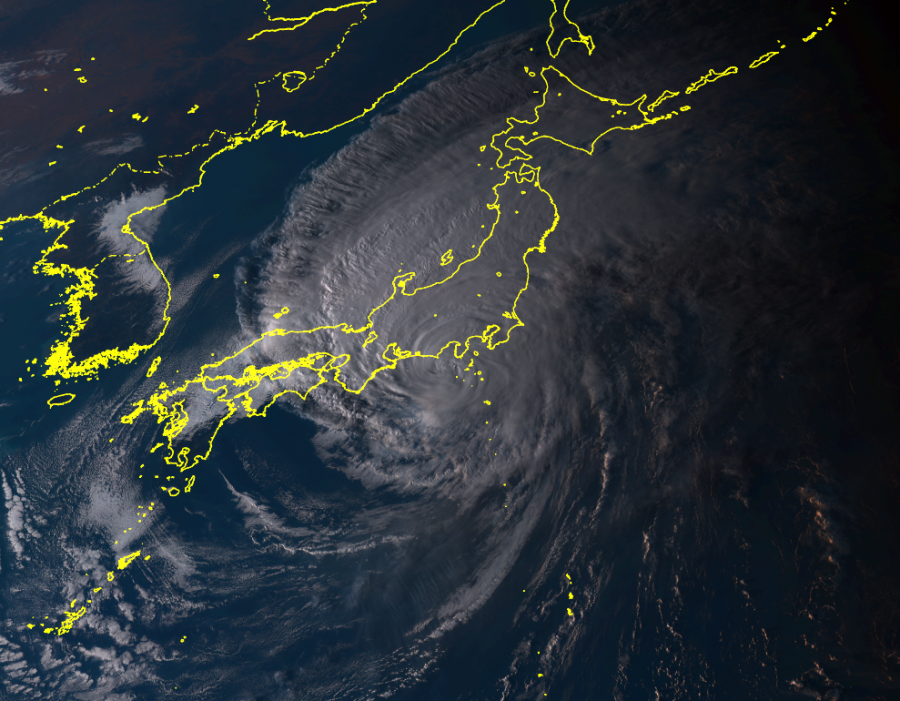 Hagibis is affecting south-southwest Japan as it makes landfall. Even ahead of the landfall severe winds, major rainfall and major waves were reported. A large, powerful wedge tornado hit Chiba prefecture, on a storm in the outer bands of typhoon Hagibis.

Very significant damage by the tornado is reported, it is quite possible that this will be the worst wind damage from typhoon Hagibis (barring the possibility of another strong tornado in the outer bands).

Major waves are pounding the coast: