The Perseid meteor shower is ramping up towards peak activity on Tuesday morning. We take a look at general viewing conditions across Europe.

The night before the peak, August 11/12th, will see most favourable weather for Perseid viewing in southeastern Europe and parts of southern and eastern Europe. Expect mostly clear skies there, although many areas will see hazy skies due to high humidity. Find elevated observing spots, if possible. Expect fair to poor conditions across parts of central and western Europe, with occasional partly clear skies, except along the frontal system running from Spain to Poland. Also poor conditions in northern Europe.

The 92% full Moon will set just before 3 am (for locations around 45 °N). Expect good viewing conditions from about 2 am until dawn. 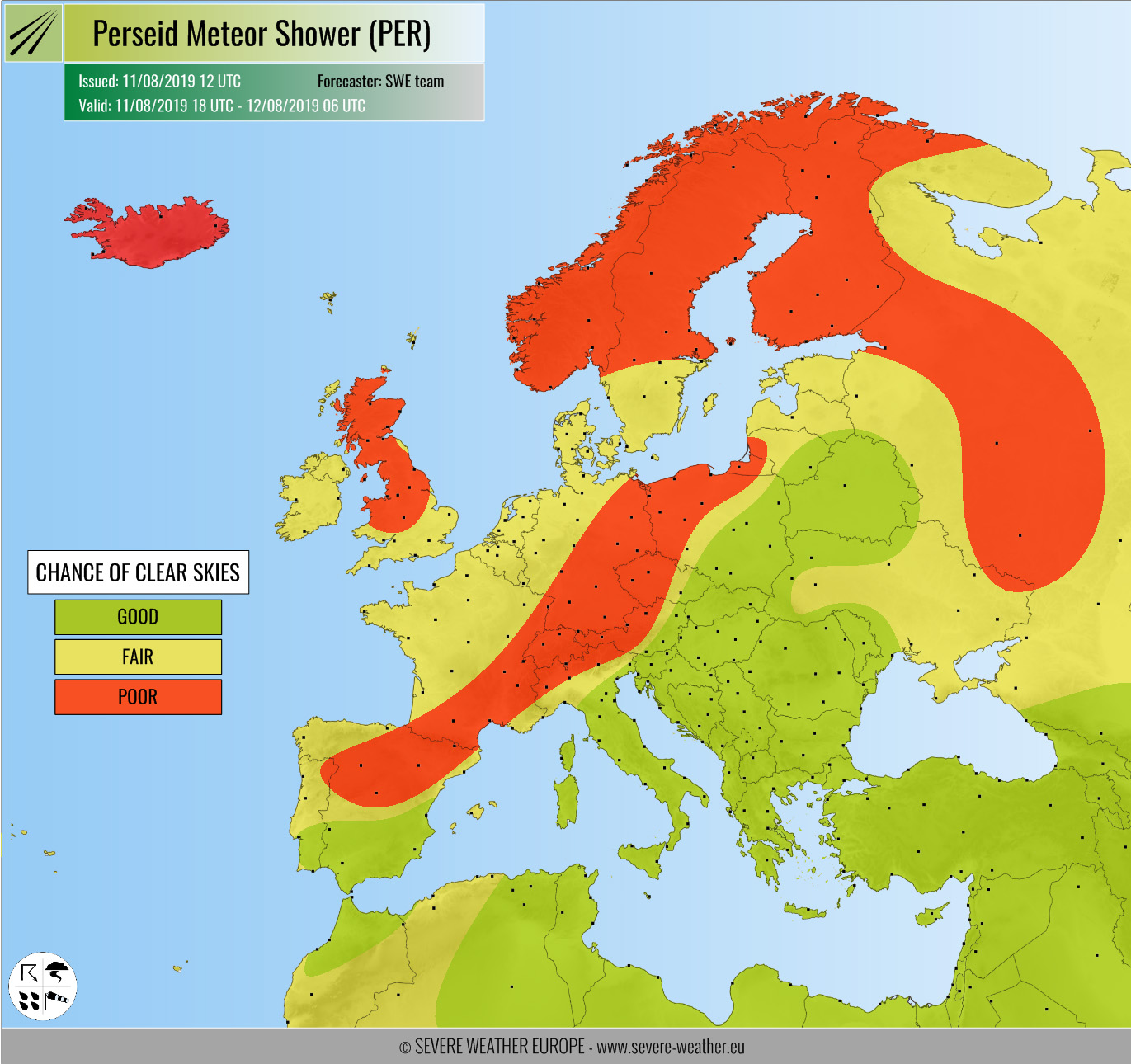 Roughly similar pattern, with the nearly stationary frontal pattern persisting diagonally across the continent from the Iberian peninsula across central Europe into eastern and northern Europe. Expect good viewing conditions in southeastern Europe.

The nearly full Moon will set just after 3:30 am (for locations around 45 °N). Expect good viewing conditions from about 3 am until dawn.