Here come the Perseids! You can see a beautiful celestial fireworks show in the next couple of nights – if you know when and where to look. Here is how.

The Perseids are small dust particles, crumbs of comet 109P/Swift-Tuttle, burning up as they hit our atmosphere at 59 km/s. They are one of the most regular and reliable meteor showers, peaking in mid-August of every year. So reliable, they used to be know as tears of St Lawrence. 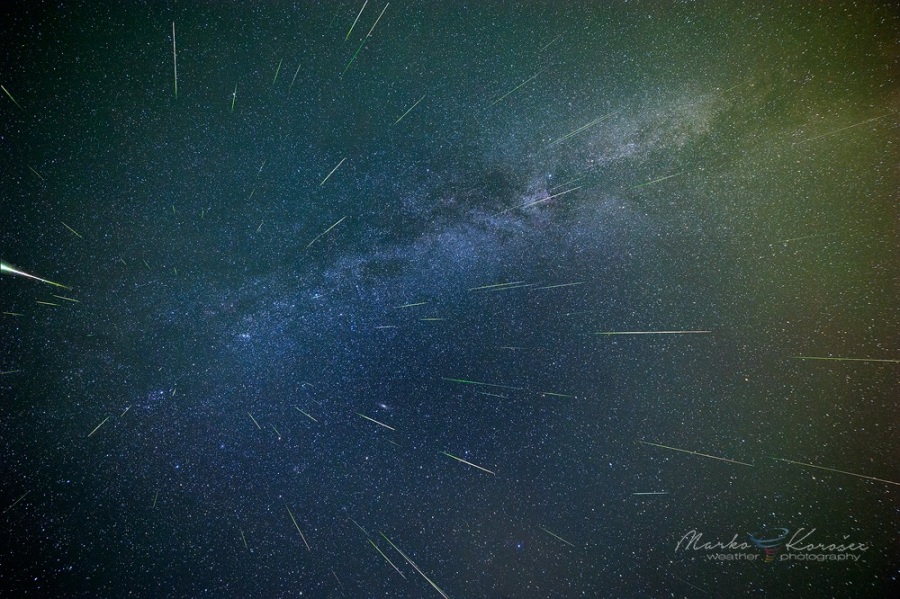 Numerous Perseids radiate from the constellation Perseus in this photo by Marko Korošec. Note the bright fireball on the left!

The Perseids are a superb meteor shower – active from mid July to late August, producing some of the best activity of any annual meteor shower during their peak on August 12/13th. The Perseids are also rich in bright, colorful meteors and fireballs. The show goes on high in the atmosphere, well above the regular weather, at altitudes of about 100 km – right at the edge of space. While they may seem to be close, Perseids appearing overhead will be about 100 km away, while those close to the horizon will be 500 km away, or more. An average bright Perseid is produced by a dust particle (called a meteoroid) only several millimeters across. The brightest Perseids often leave persistent trains, that are slowly twisted and contorted by high altitude winds. They can last several tens of seconds if you watch them with the naked eye, minutes if you use binoculars.

The best opportunities to see the Perseids will be on the peak night and one night before the peak. 2019 is not the best year for the Perseids, as the waxing gibbous Moon washes out the sky for much of the night, setting only in the early morning hours. 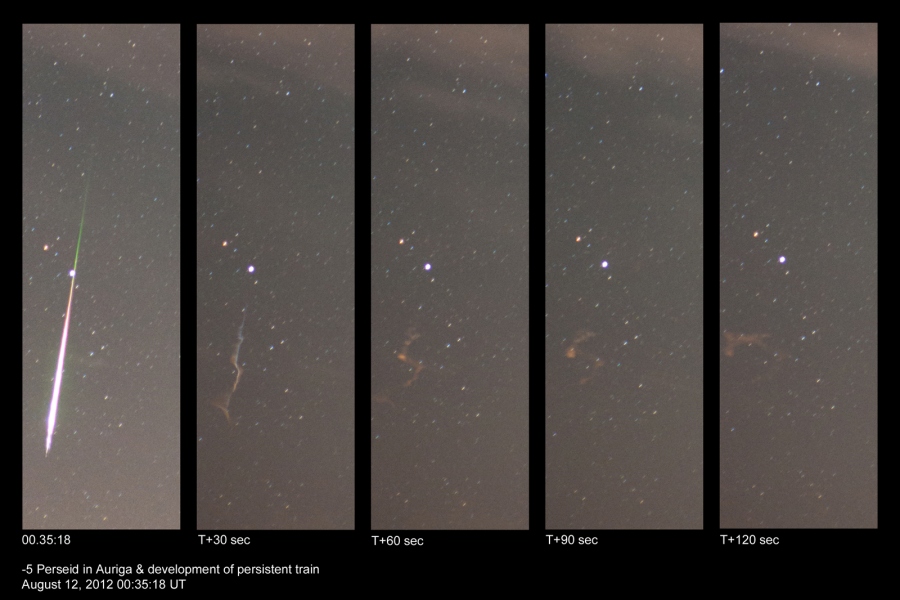 For observers at mid-northern latitudes the Moon sets at around 2:40 am in the morning of August 12th and around 3:30 am in the morning of August 13th (peak night). This leaves about an hour and a half of dark skies in the first night and less than one hour in the second night. This is the time window you need to aim for. You can begin about half an hour before the Moon sets and watch the sky darken as it sinks lower into the western sky. 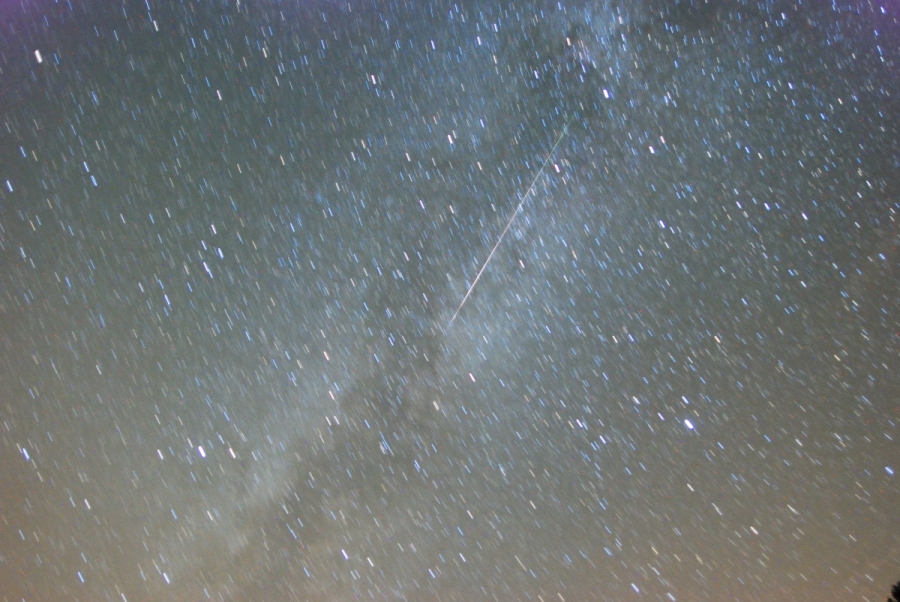 If you cannot observe in the evening hours you can also try in the evening. With the bright Moon in the sky the rates will be rather modest, about 5-15 Perseids per hour. Get to a spot with the clearest skies possible. If you can, get to a higher observing locations in the hills or mountains: the sky will be clearer and darker there, even with the Moon up. 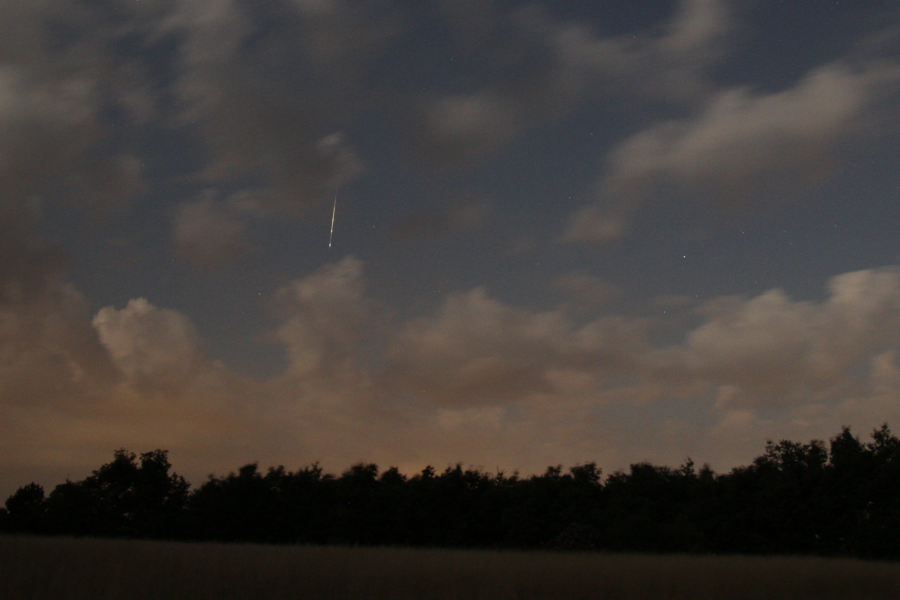 Other meteor showers will be active on Perseid peak night. Here is a typical Kappa Cygnid fireball, with numerous bright flares along its path. Taken under a Full Moon and partly cloudy skies, it shows it is possible to catch meteors even under far less than ideal conditions. Photo: Jure Atanackov.

Good luck with your Perseid observations!