Cyclone Brian has reached Ireland and the United Kingdom: peak winds up to 110-130 km/h are being reported. Details below. 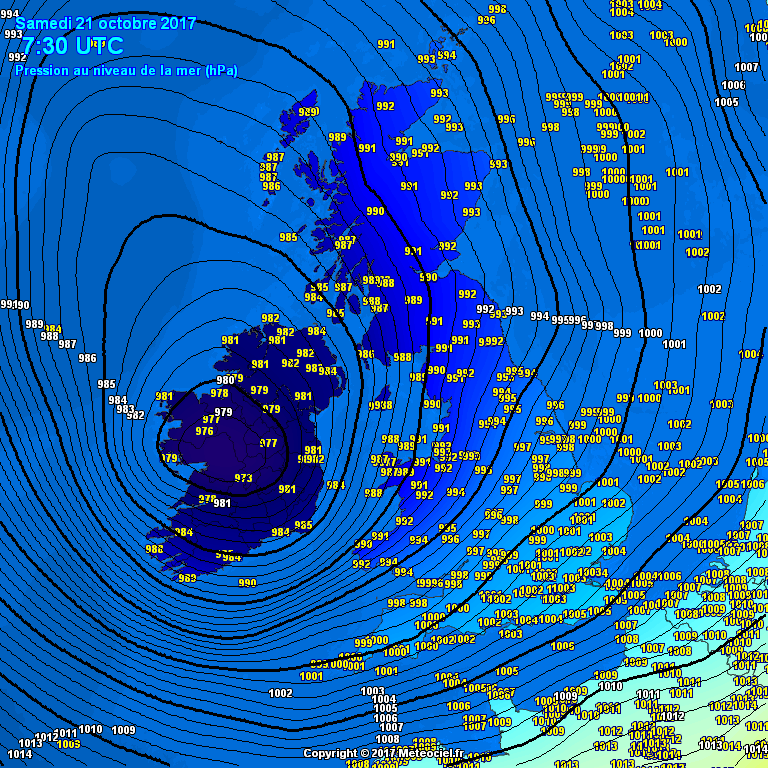 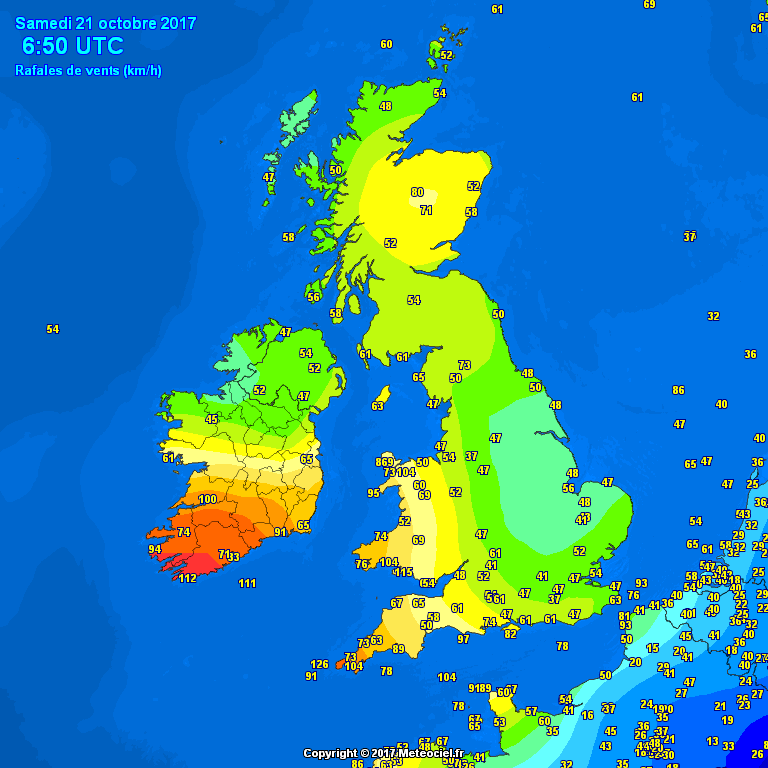 Peak wind gusts across Ireland and the UK in the early morning. Maps: Meteociel.fr.

The cyclone will move eastwards through the day, greadually filling and diminishing in strength. Nevertheless, peak winds of up to 100-120 km/h are still expected across the Celtic Sea, parts of Wales, Cornwall, Devon, Dorset, Hampshire and the Isle of Wight, possibly even further east as well as over the English Channel. 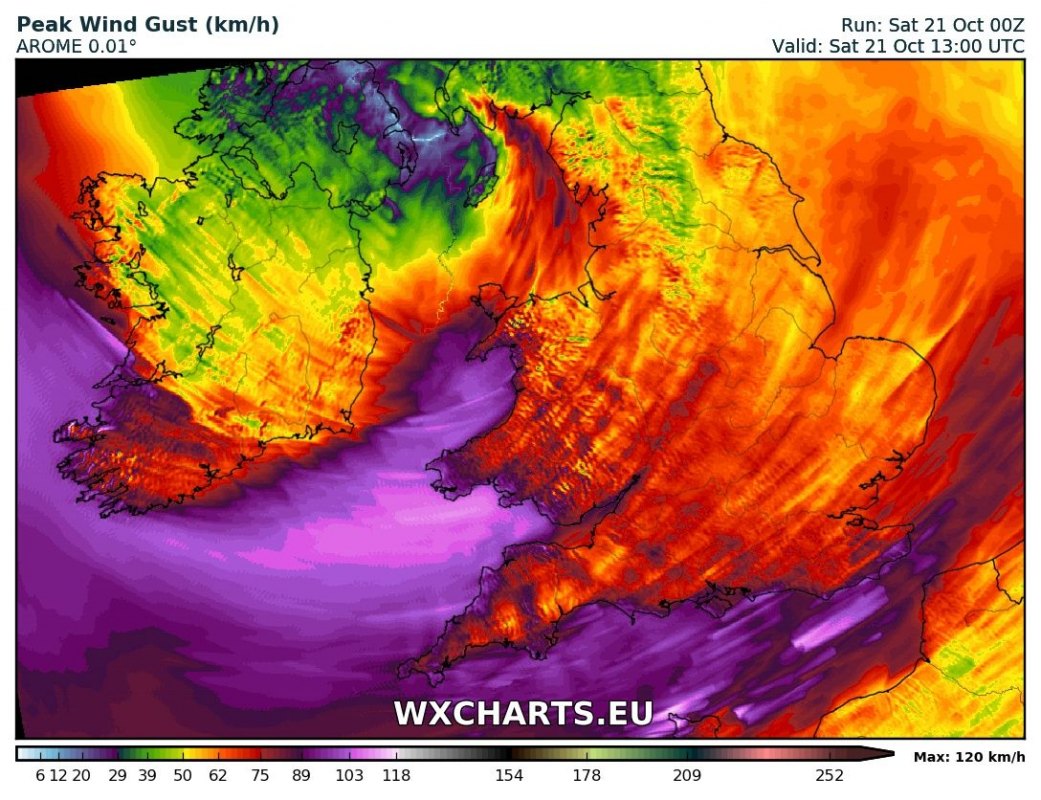 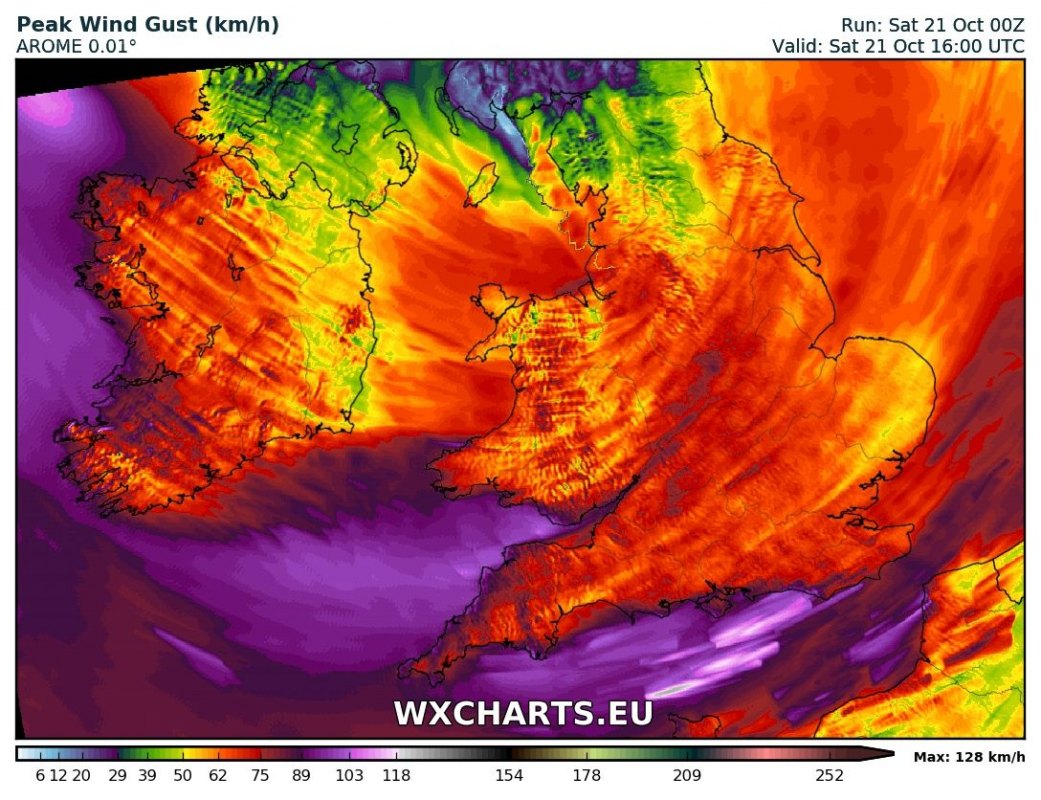 AROME model guidance for peak wind gusts across Ireland and the UK in the early afternoon. Maps: Wxcharts.eu.

Strong winds, gusting locally up to 110-130 km/h are also expected over parts of northern and western France, including Normandy, Brittany and Loire. 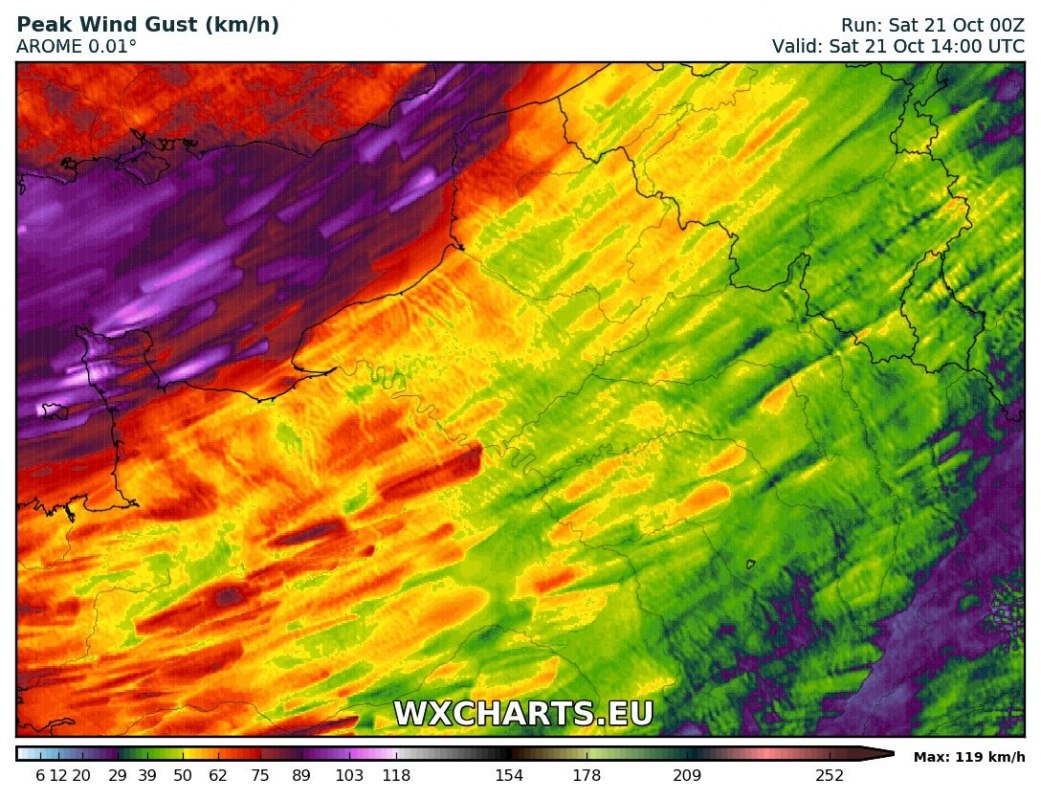 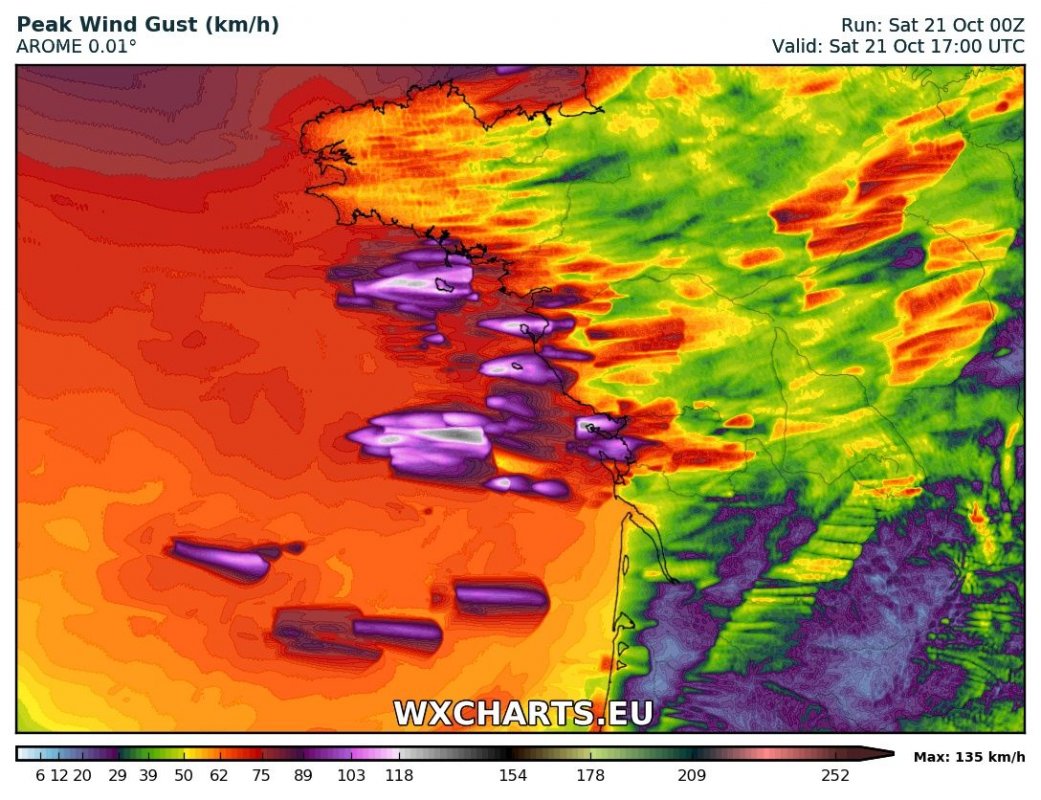 AROME model guidance for peak wind gusts across parts of northern and western France in the early afternoon. Maps: Wxcharts.eu.

Expect another update in the afternoon. 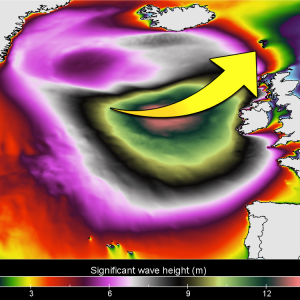 An exploding North Atlantic low will spread towards western Europe, the cold front will push into Ireland and the UK