A significant pattern change is foreseen on the models this week. Most of Europe will be dominated by an extensive upper ridge through the first days of the week. A very deep trough pushes from N Atlantic towards central Europe over the weekend and brings an outbreak of severe weather and much colder airmass behind the system. This will end the current very warm period over south-central Europe with a sharp cold front.

This week starts with a strengthening upper ridge over western Europe while a weak upper low with low geopotentials remains over the southern Mediterranean – a lot of convective activity with slow moving storms / clusters is expected, flash floods and waterspouts threat for southern Italy will continue. Another trough is pushed across N Europe and brings a much cooler airmass behind the cold front. 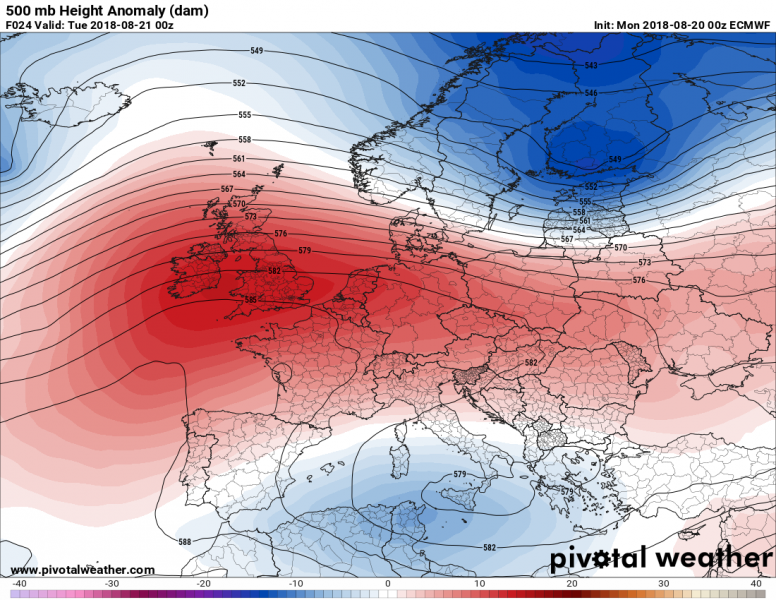 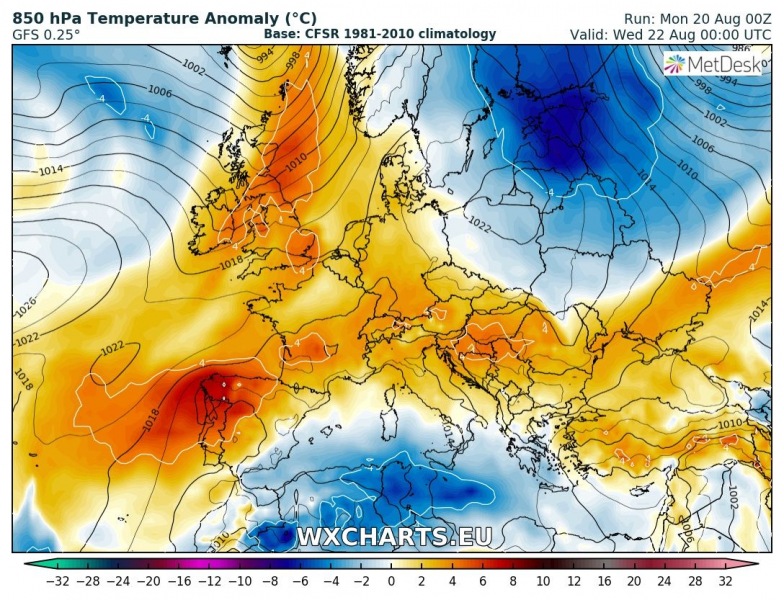 An upper ridge then gradually expands from western across central into eastern Europe, so the heat wave strengthens and expected to peak on Wednesday and Thursday. Below are the maximum temperature across France, Germany and Mediterranean, locally in excess of 35 °C.

The extensive ridge across a large part of Europe is then pushed further into NE Europe in response to the deepening N Atlantic trough. Low geopotentials remain over the far southern Mediterranean, so similar weather conditions as in the past days will remain – slow moving storms with flash floods and waterspouts threat. 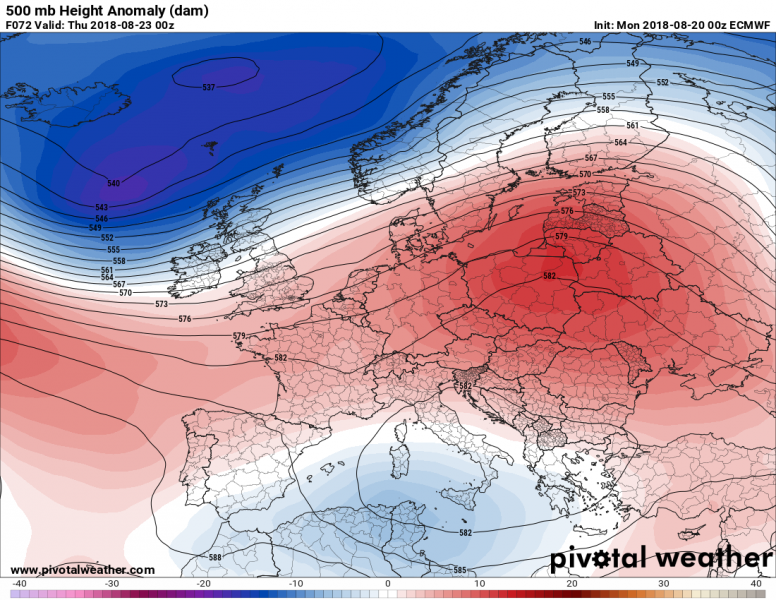 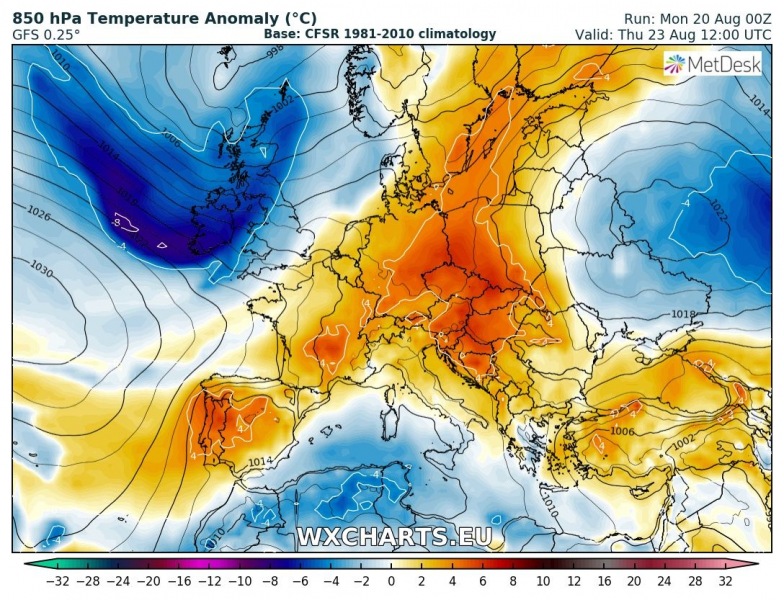 The trough over north-west Europe strengthens, while progressing towards central Europe, breaking up the extensive ridge. 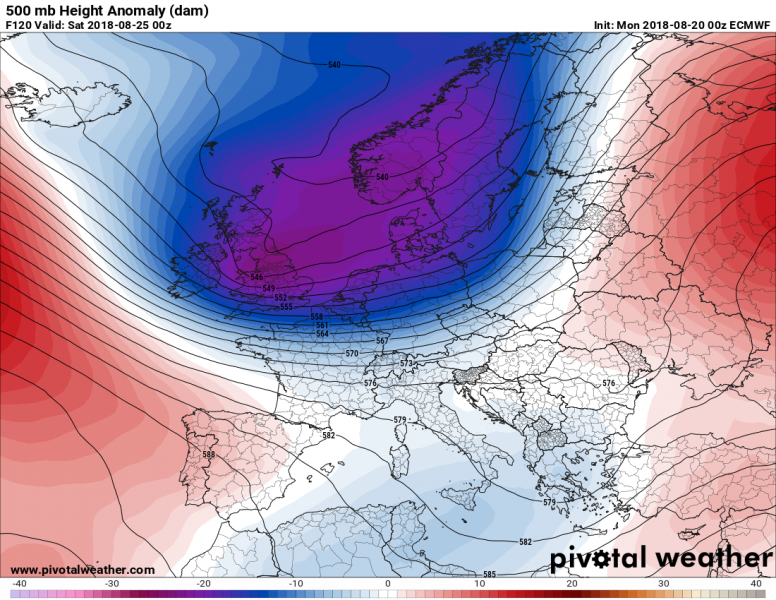 2m temperature anomaly map reveals a much cooler airmass pushed behind the front into western Europe, it remains very warm ahead of the front across east-central Europe.

A change in airmass can also be well seen on the instability map as a lot of CAPE will be available across the warm sector. Cold front extends from Baltic countries across central Poland, Czech Republic towards the western Alps. 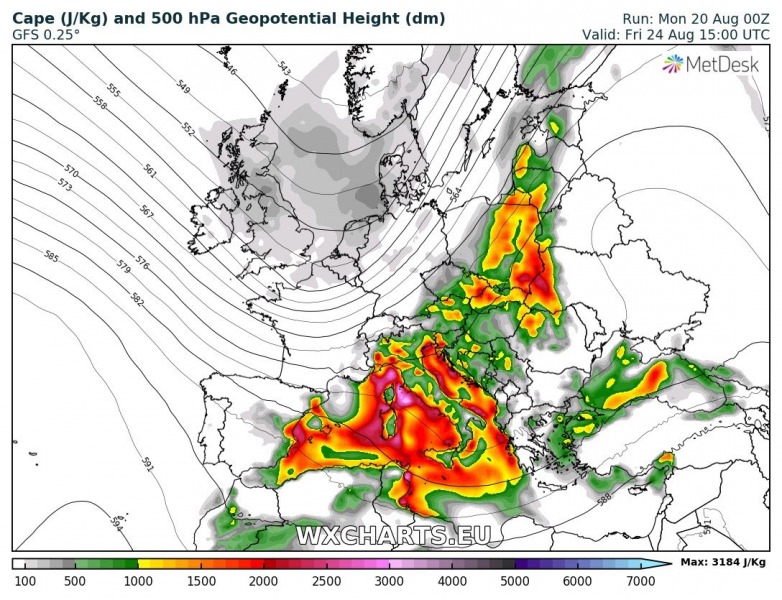 Deep-layer shear will be favorable for organized storms across the Alpine region and with strong to extreme instability in place, an outbreak of severe weather is increasingly likely for north Italy and Slovenia late Friday afternoon and overnight to Saturday. Supercells with large hail, severe winds and torrential rainfall with flash floods threat will be possible as high instability (2500-4000 J/kg) could build up due to the very moist airmass across the northern Adriatic sea. 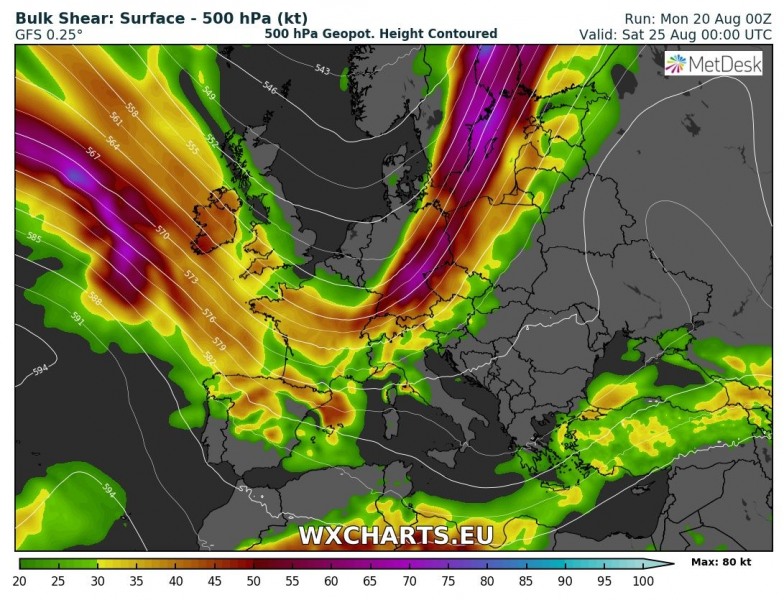 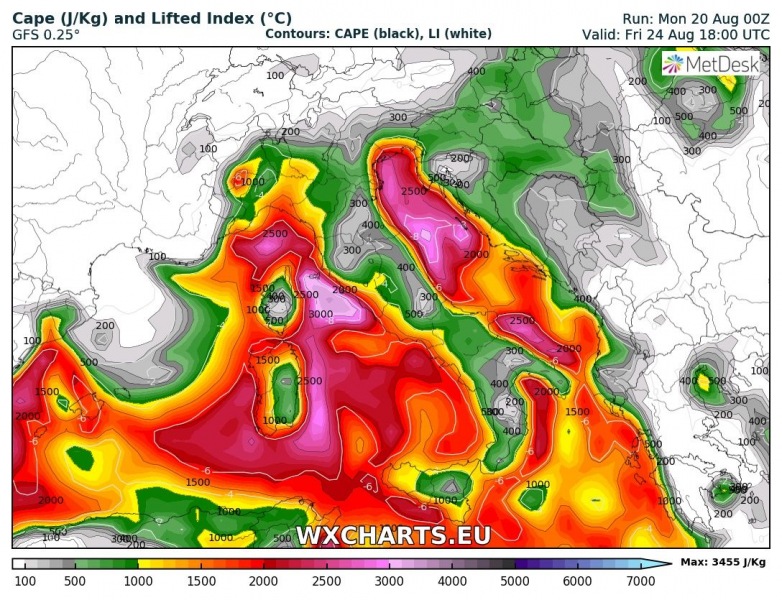 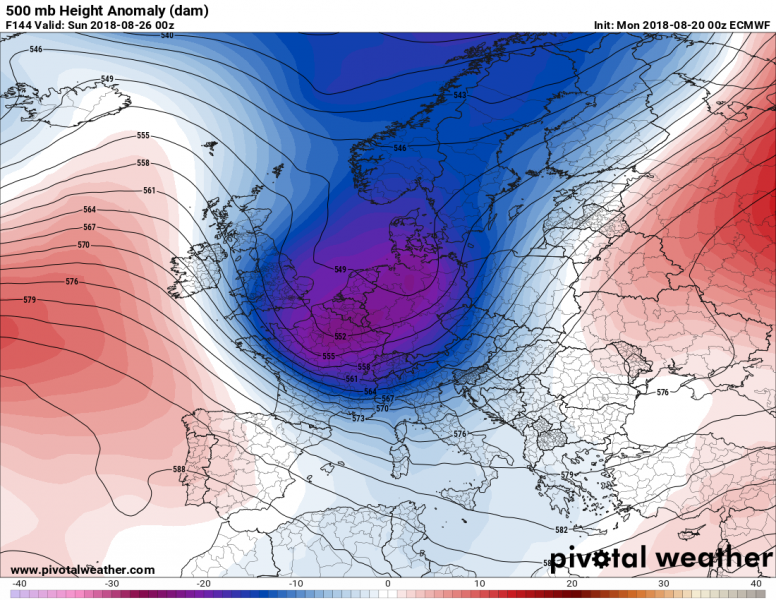 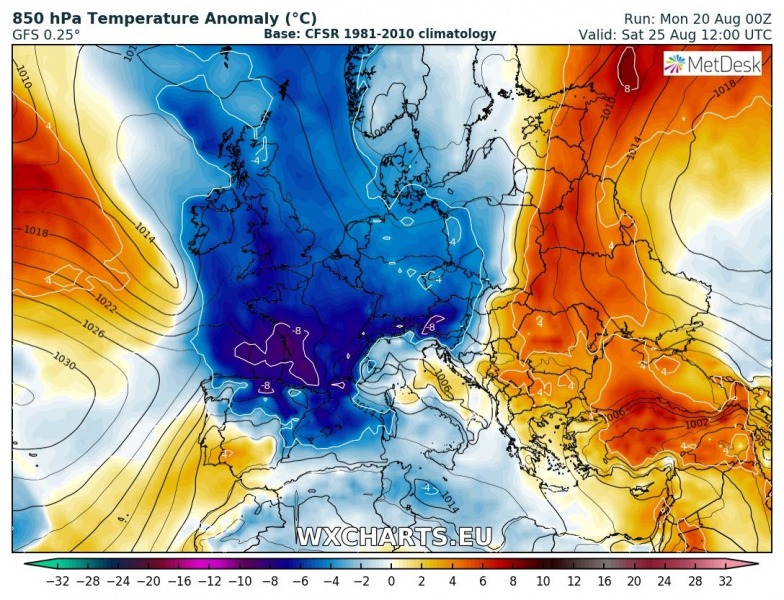 Deep-layer shear will be supportive of organized convection across the central Mediterranean, Adriatic sea and W Balkan peninsula – another outbreak seems likely over these regions. 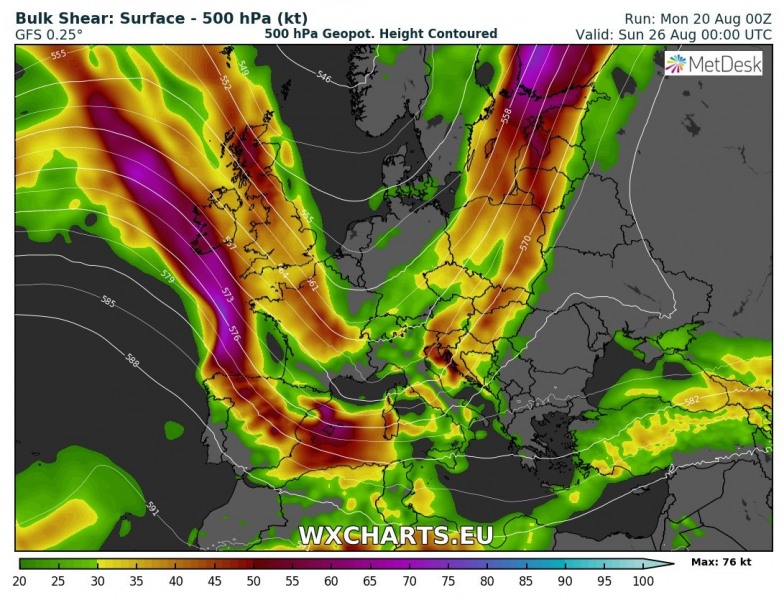 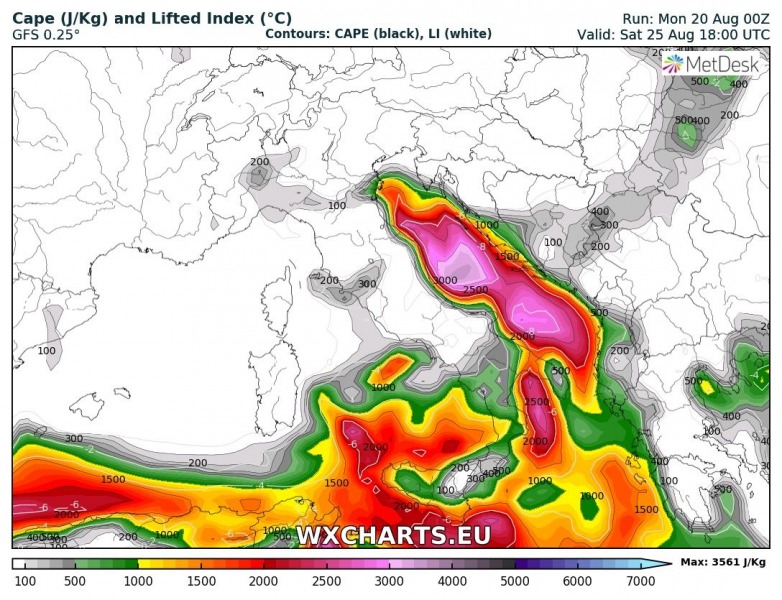 The deep trough transforms into a large upper low, pushed across the N Balkan peninsula: 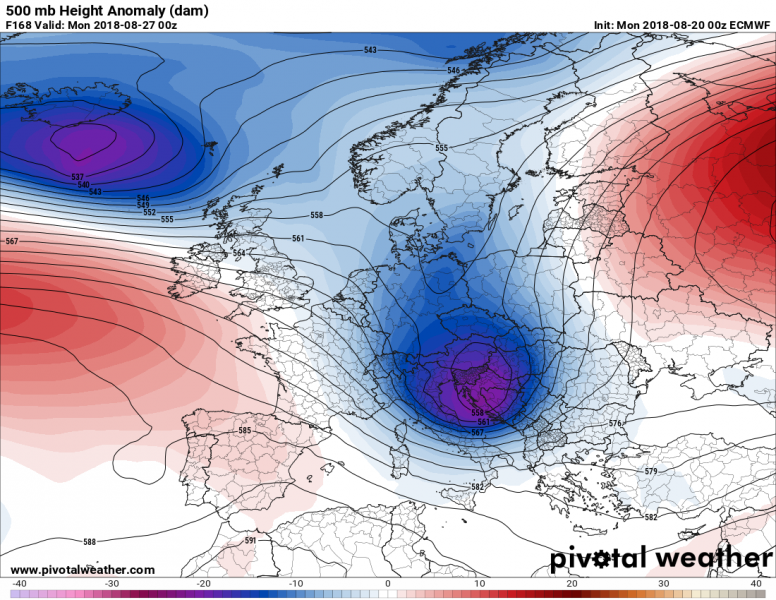 850 mb (1500 m above sea level) and 2 m temperature anomaly – a significant drop in temperatures across the NW Balkan peninsula, even 10 °C colder than average for this period. This combines with strong Bora winds along the NE Adriatic coast, gusts will locally be in excess of 100 km/h. A very cold day for N Italy, Austria, Slovenia and N Croatia. 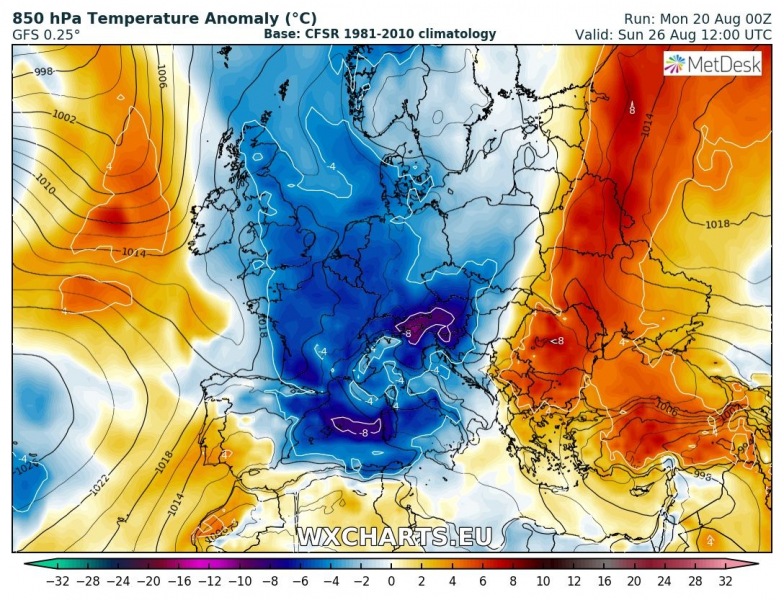 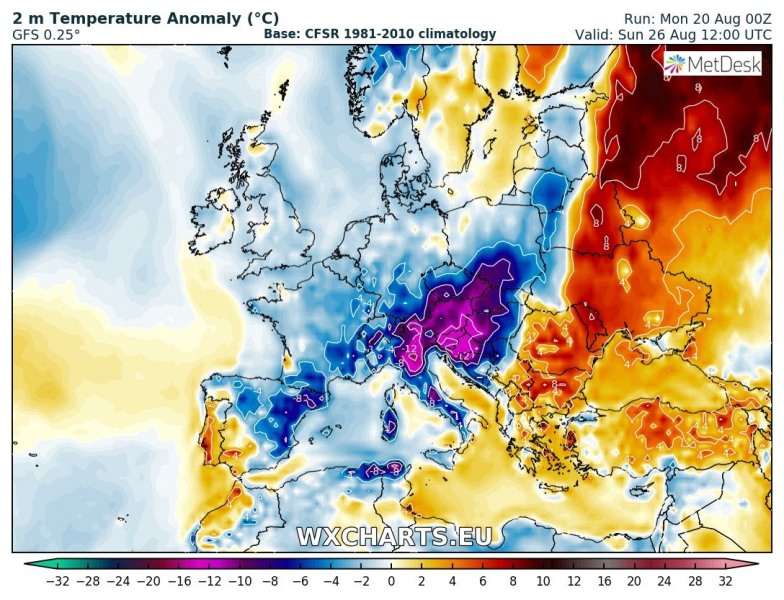 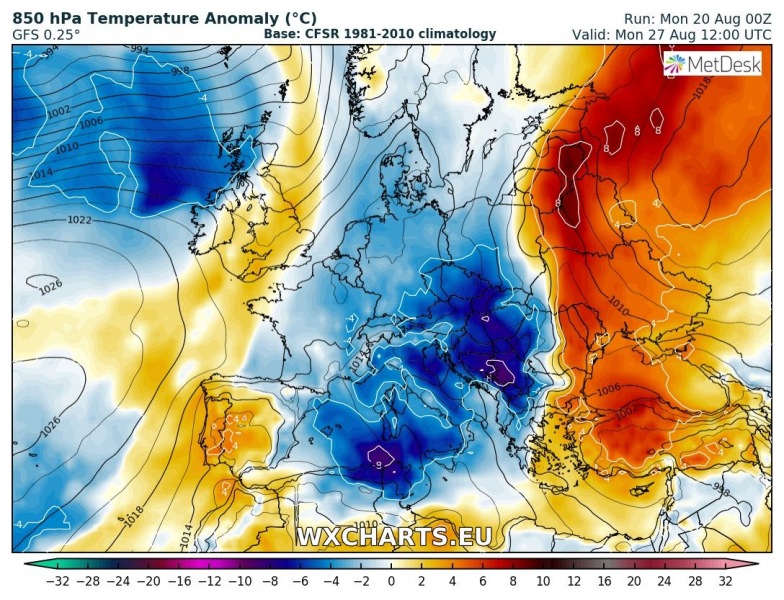 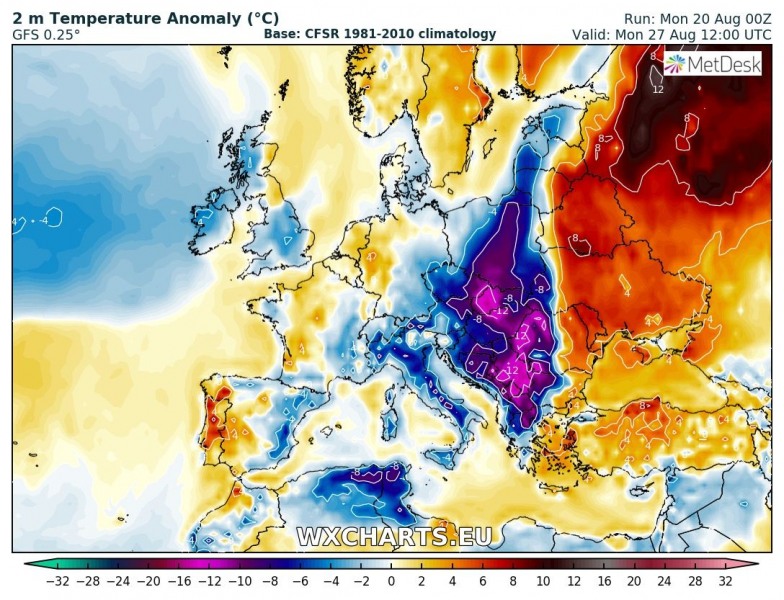 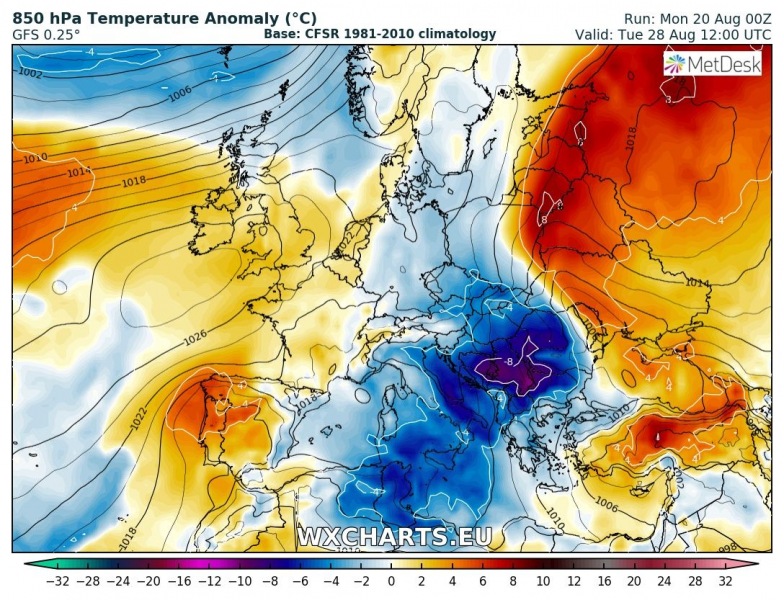 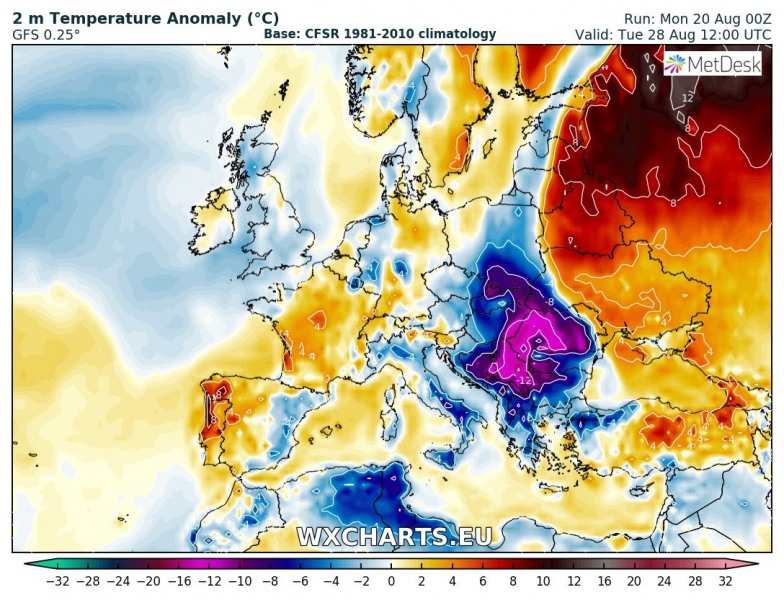 Here is an interesting comparison of the sharp cold front as it can be seen on the ensemble maps for some locations along its path: 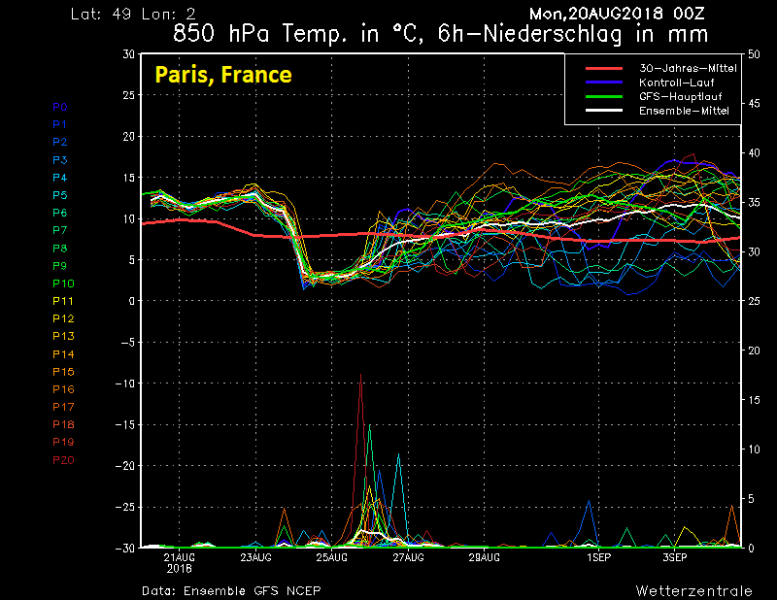 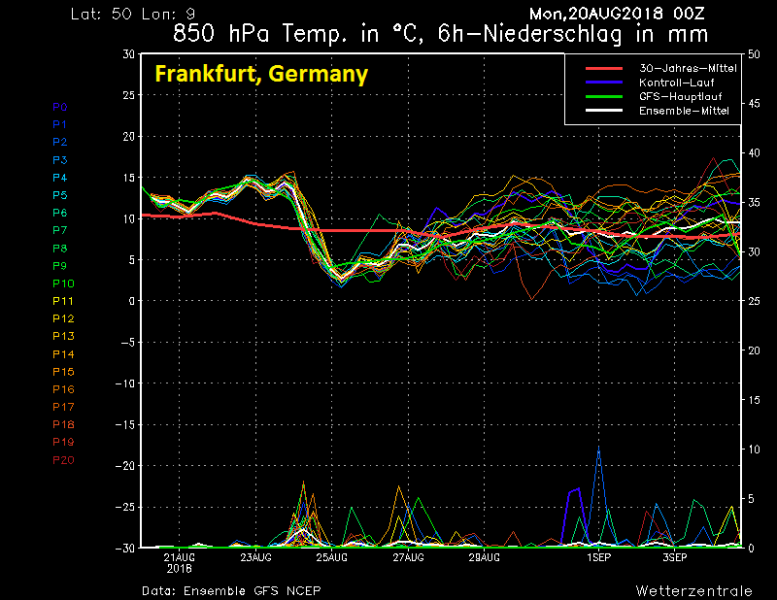 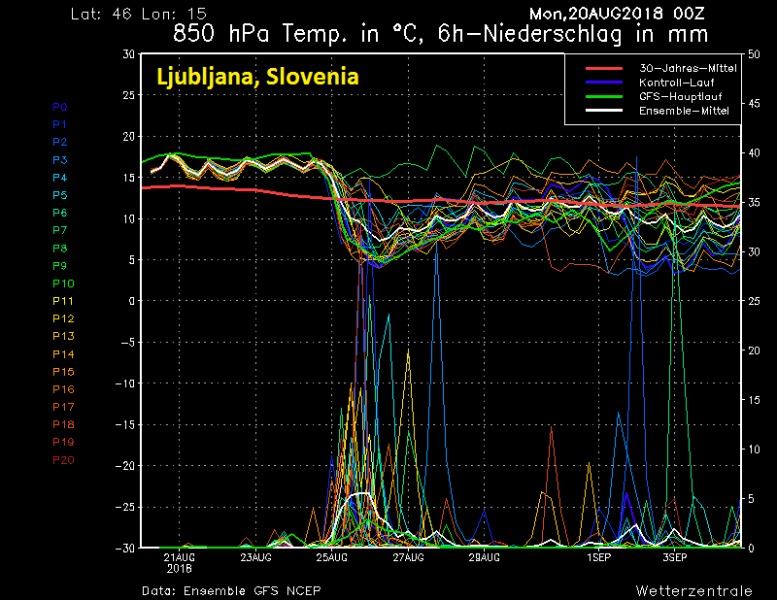 Total rainfall accumulation across the Alpine region until Tuesday, Aug 28th – impressive amounts locally, many areas likely to receive 100-200 mm of rain over the weekend! 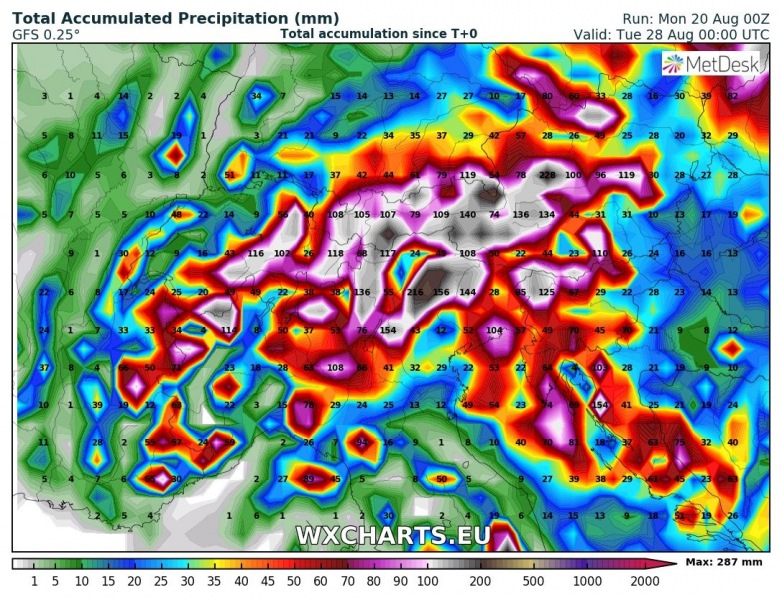 Stay tuned for further updates in the next days!