As we have discussed over the weekend – An unusual very warm period developed across east-central Europe this week – and the first very warm day was today, Dec 17th. Many areas have experienced unusually high afternoon temperatures for mid-December, many have reached upper 10s with peak temperatures locally even into 20-22 °C range!

Today’s maximum temperatures across Europe indicate it was very warm day across the Mediterranean, Balkan peninsula and France, but also quite warm in Benelux and along the SE Alps – up to +22 °C in Bosnia & Herzegovina, up to +20 °C in Greece, Italy and NE Spain, up to +19 °C in Romania and France and up to +16 °C in Belgium! A new maximum December’s temperature was apparently reached in Salzburg, Austria today, +20.6 °C! 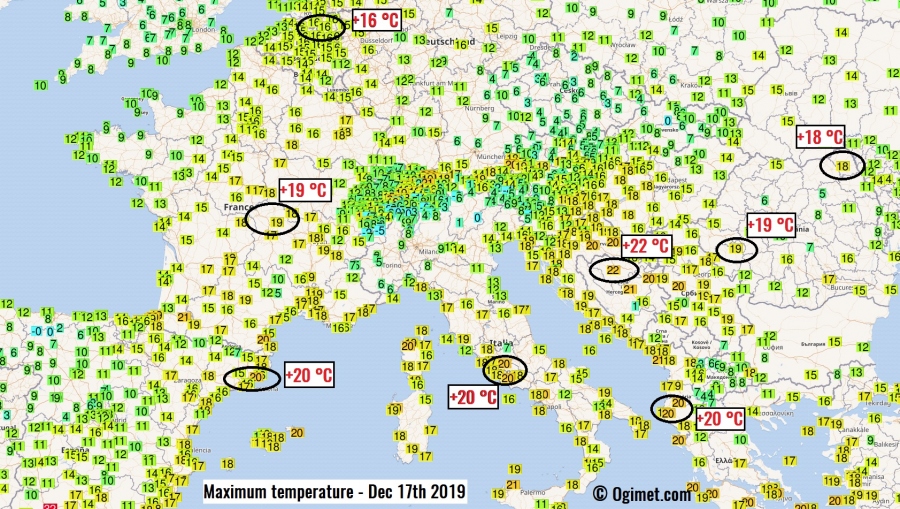 The pattern through mid this week supports an extensive upper ridge across ESE Europe while a very large trough / deep low develops over the North Atlantic. Powerful westerly winds rapidly translate a small core across southern Scandinavia on Wednesday. 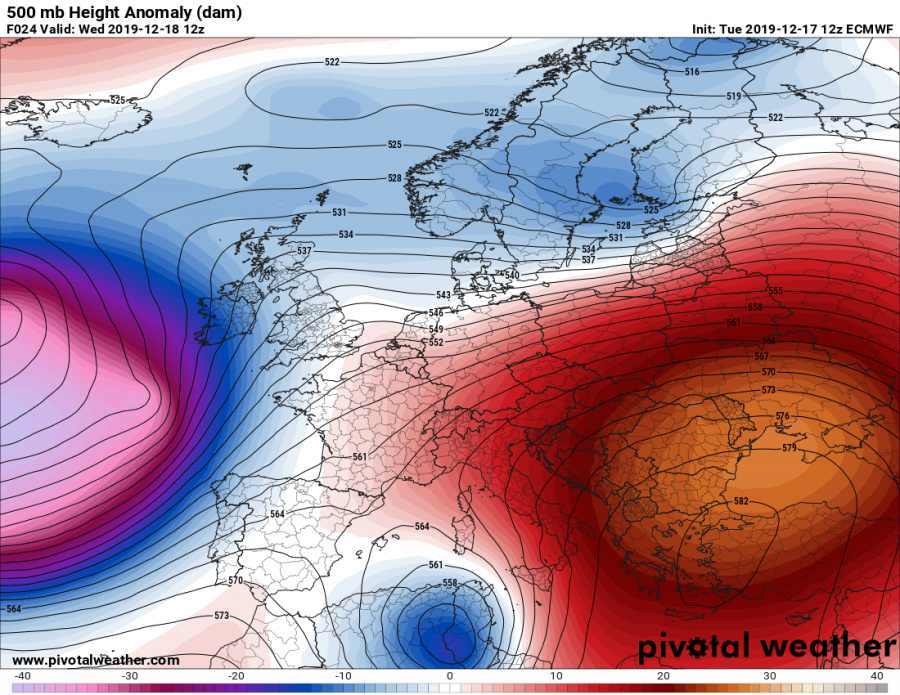 The peak of the warmth is expected through the next 36 hours, from tonight until Thursday morning. An extreme anomaly is expected across the eastern half of Europe, many areas will be under more than 14-16 °C higher temperatures than normal in the lowest levels – attached are 850 mbar temperature anomalies. 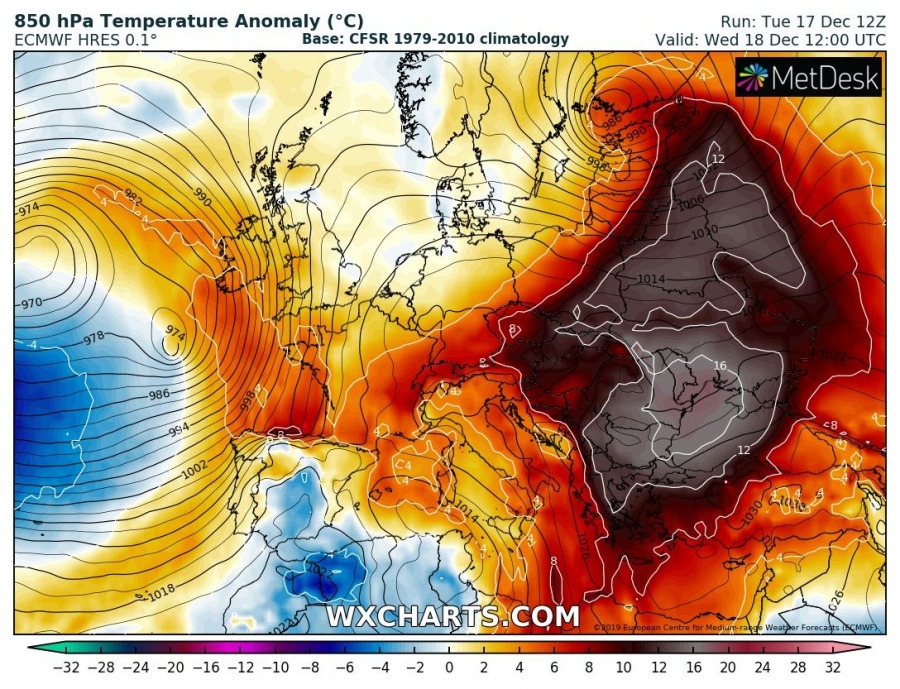 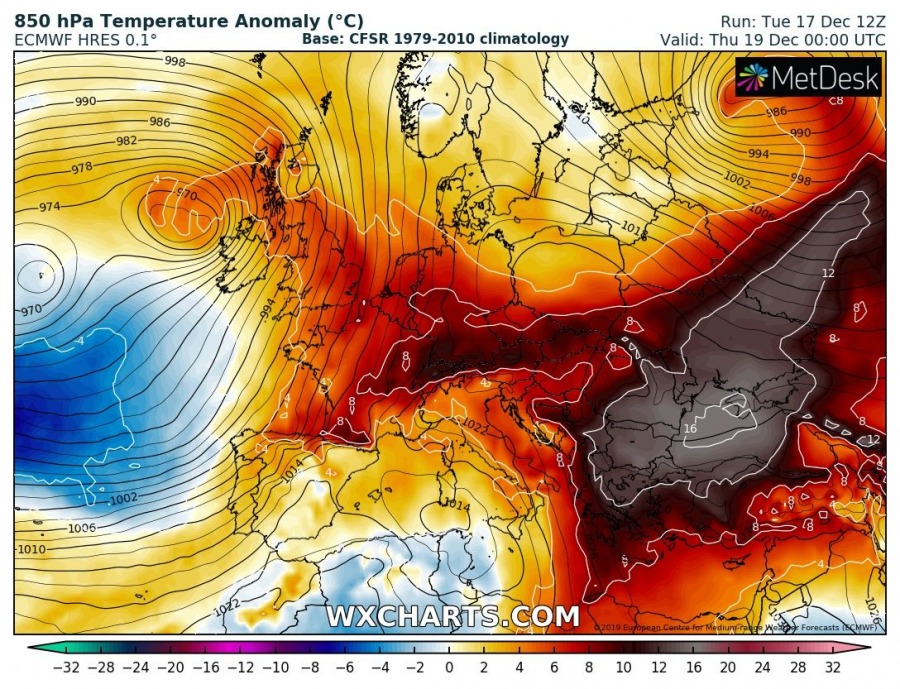 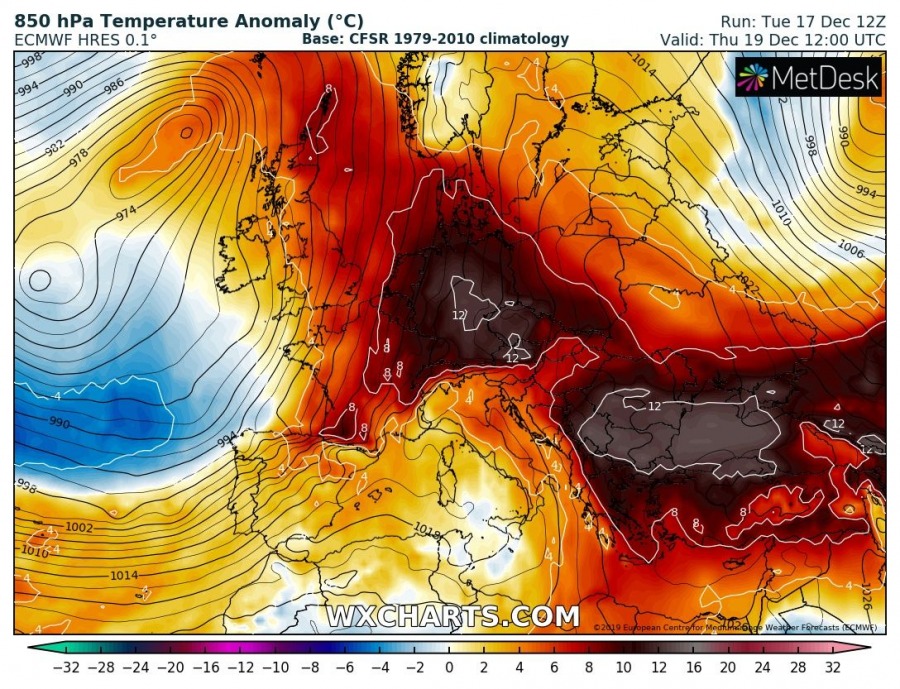 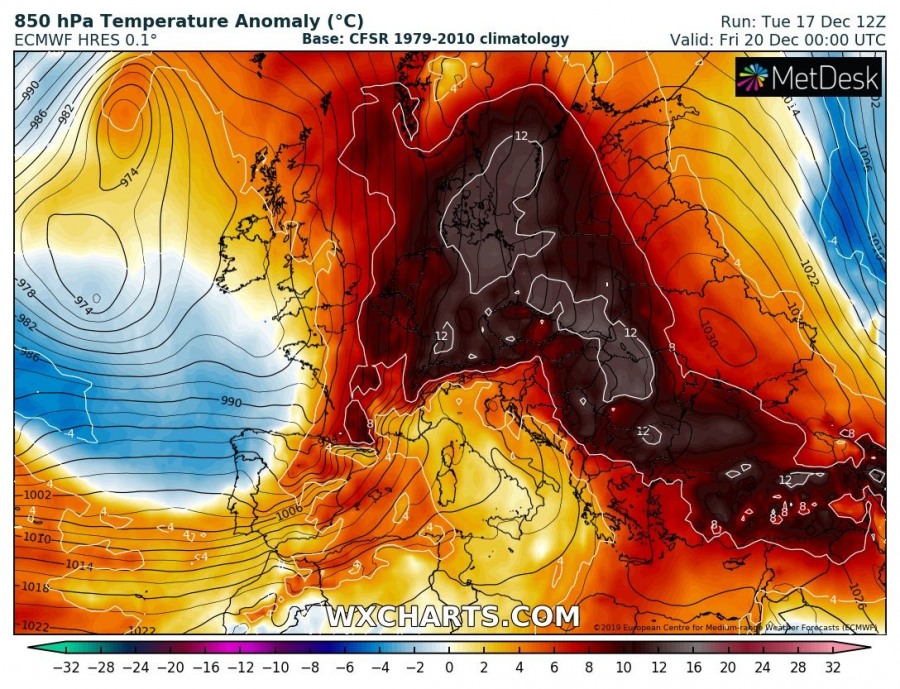 Peak afternoon temperatures should again climb into near 18-21 °C range both on Wednesday and Thursday, especially across the Balkan peninsula where local topography features will help with some foehn effects. Some lowlands across eastern Europe might remain trapped under thermal inversions for longer and therefore experiencing colder daily temperatures. 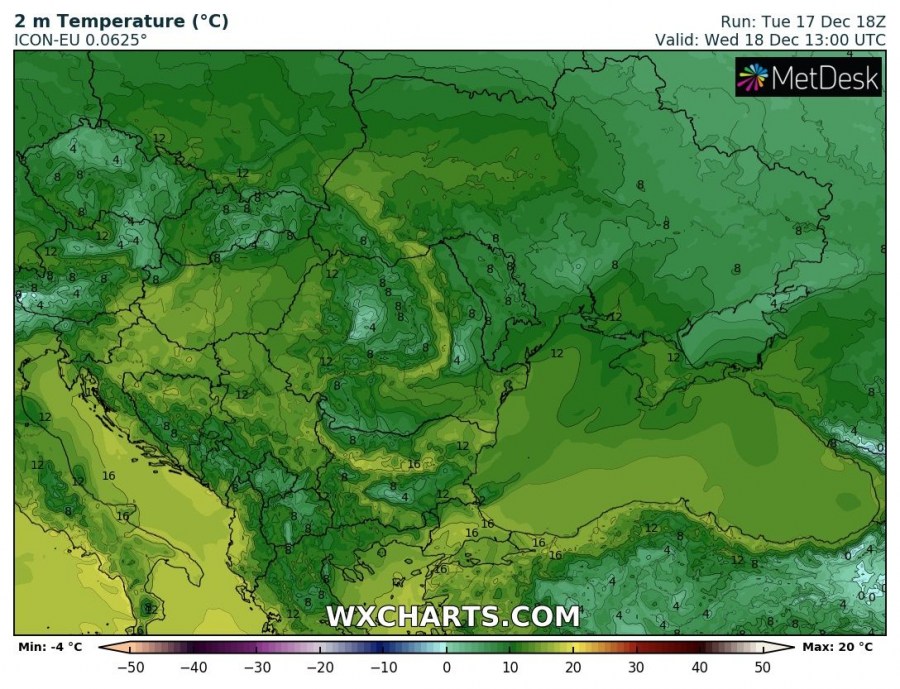 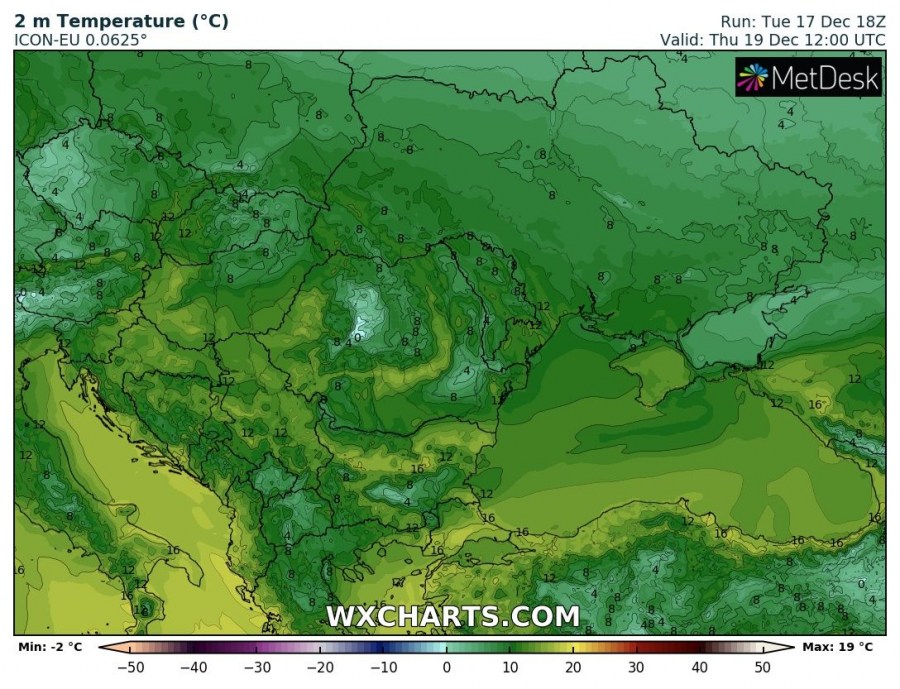