As the cutoff low that has persisted over the western Mediterranean rapidly moves northeast and fills, it pushes a wave of thick Saharan dust with it, reaching far into central, eastern and southeastern Europe. Meanwhile, a new long wave trough pushes from the Atlantic into the Iberian peninsula, forming a new big cutoff upper low. This system will push a new wave of Saharan dust into the western Mediterranean towards central Europe. 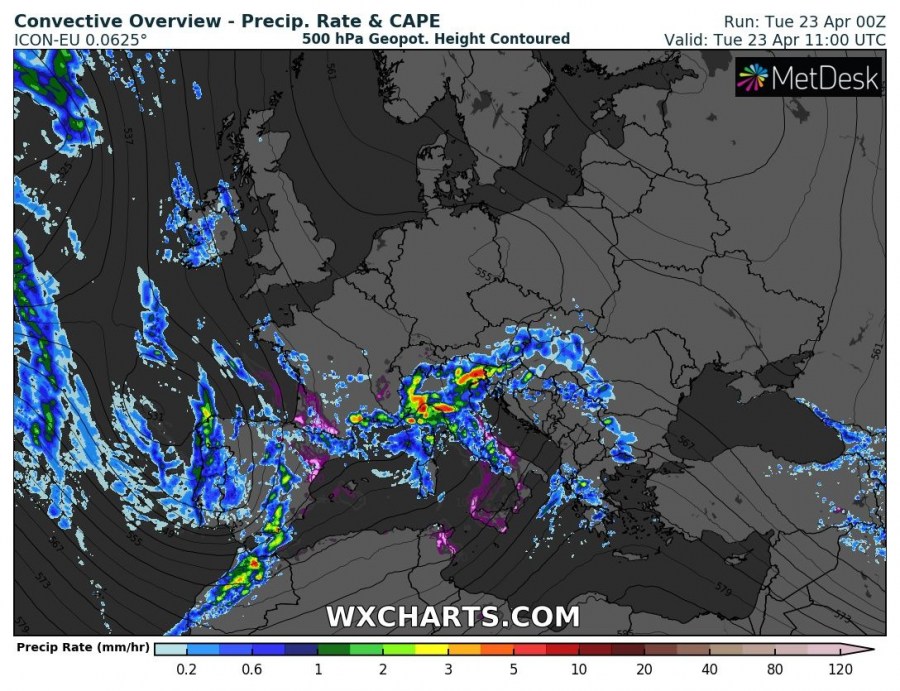 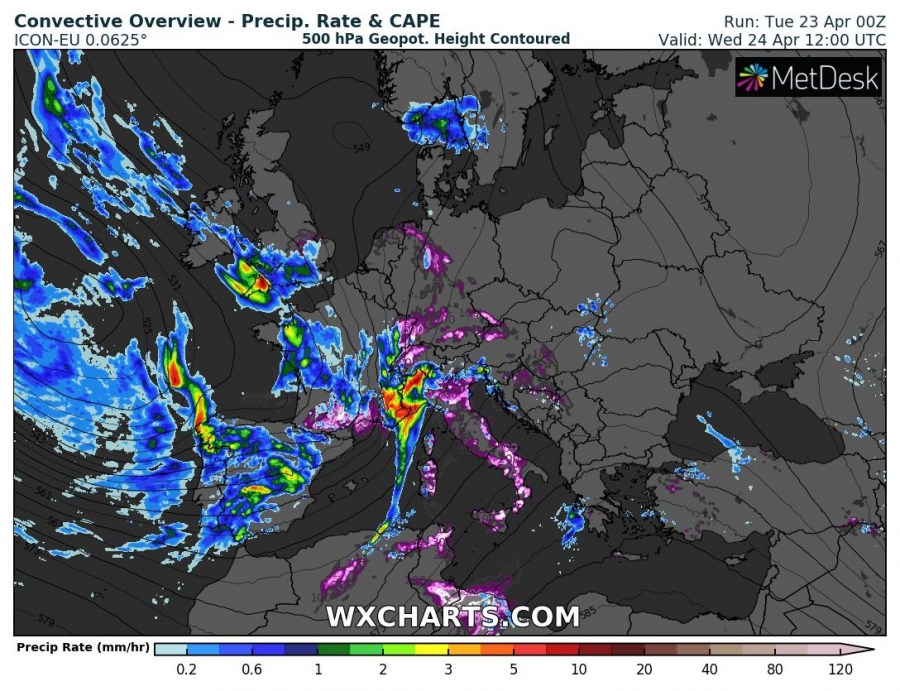 Particularly thick clouds of Saharan dust will be pushing across the Balearic Islands and NE Spain into France, Switzerland, Germany, BeNeLux and in particular the UK and Ireland. Thick Saharan dust will persist across the UK and Ireland for the entire day. Meanwhile, dust will also be pushing northeast and east across Italy and much of central and southeastern Europe, as far as southern Poland, western Ukraine, Romania, Bulgaria and western Turkey.

Expect very thick Saharan dust across the central Mediterranean region, including Malta, Albania and Greece, into western Turkey, reaching as far east as Cyprus by late in the day!

Meanwhile, Saharan dust will push far north into the Norwegian sea, reaching Iceland and even further north by the end of the day! 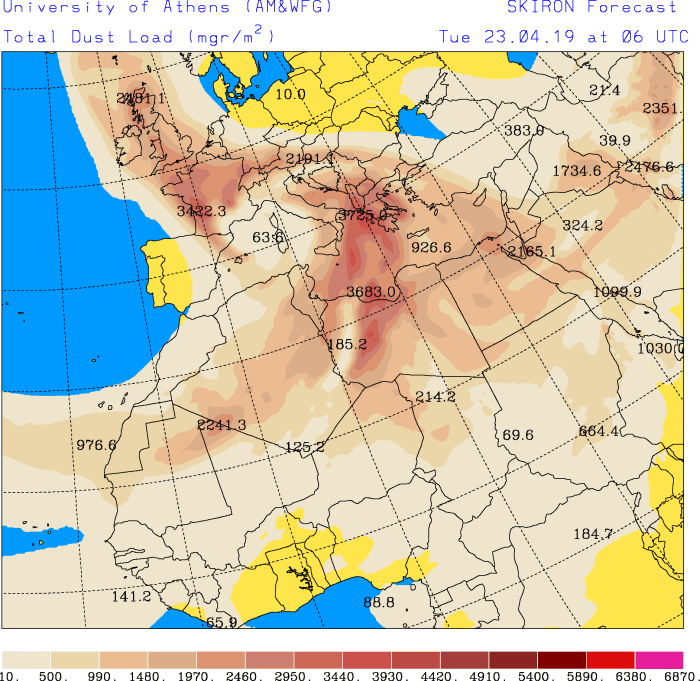 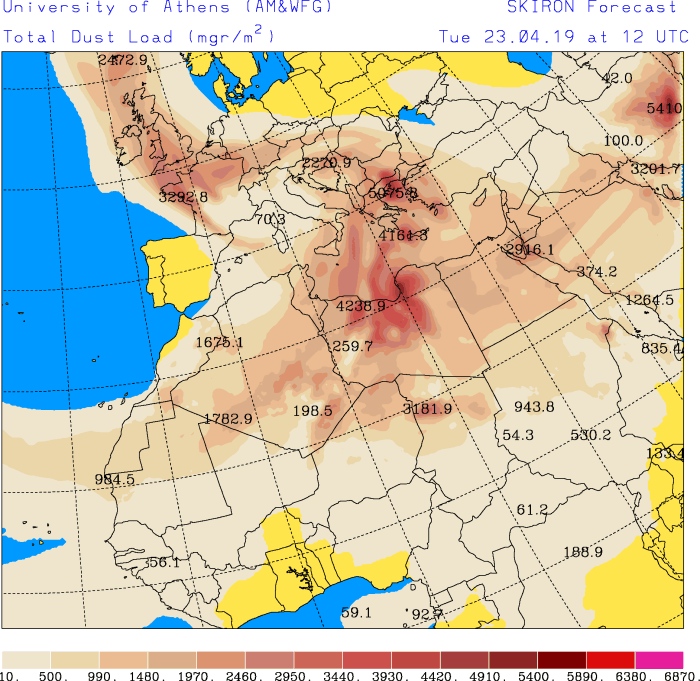 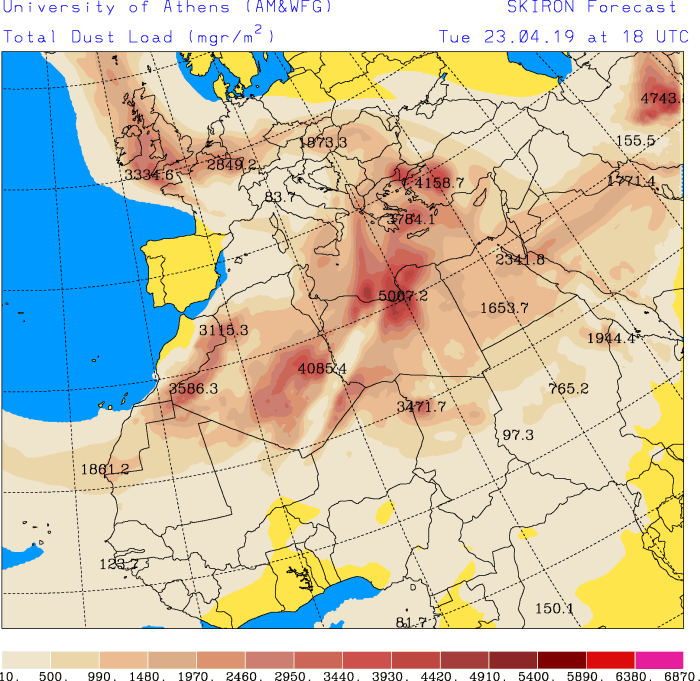 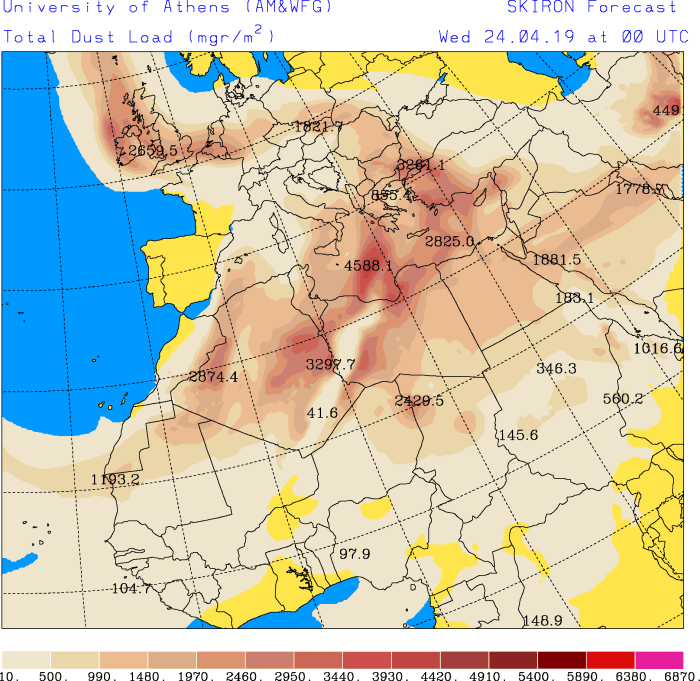 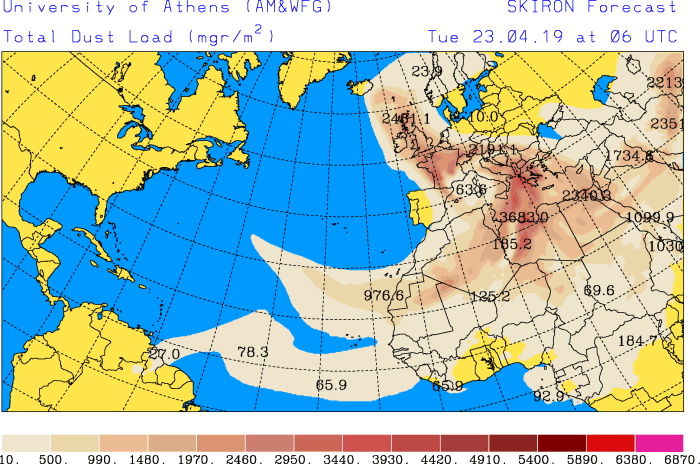 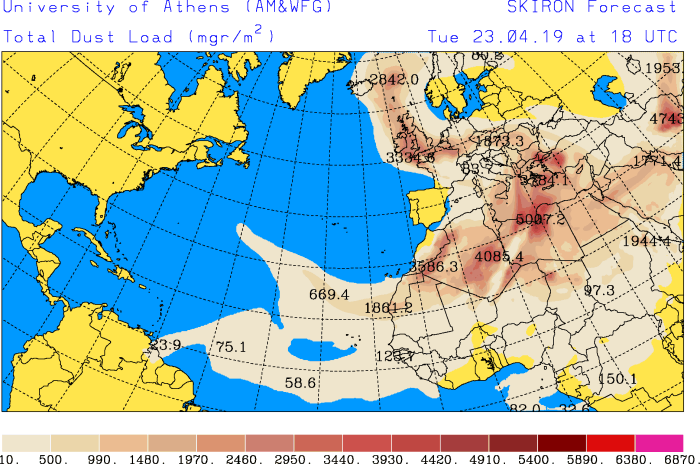 Dust will also push across central, eastern and southeastern Europe. Areas as far north as southern Norway, southern Sweden and the Baltic states will be reached by some Saharan dust. Meanwhile the largest dust loads will push across the central and eastern Mediterranean and eastern Europe: Greece, Cyprus, western and central Turkey and into Bulgaria, Romania and western Ukraine.

Meanwhile, the new cutoff low will push a new wave of dust across the western Mediterranean into central Europe, affecting the Balearic Islands, Corsica, Sardinia, Italy and into Switzerland, Austria, parts of Germany and BeNeLux. 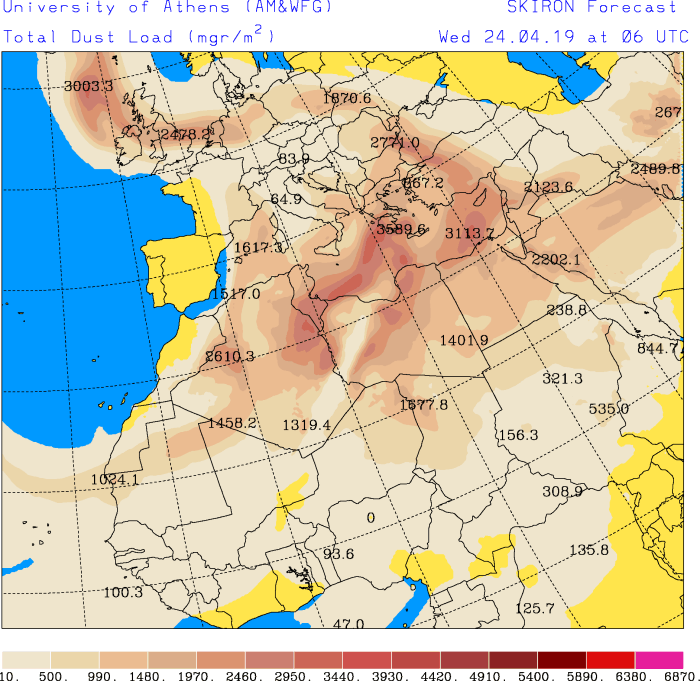 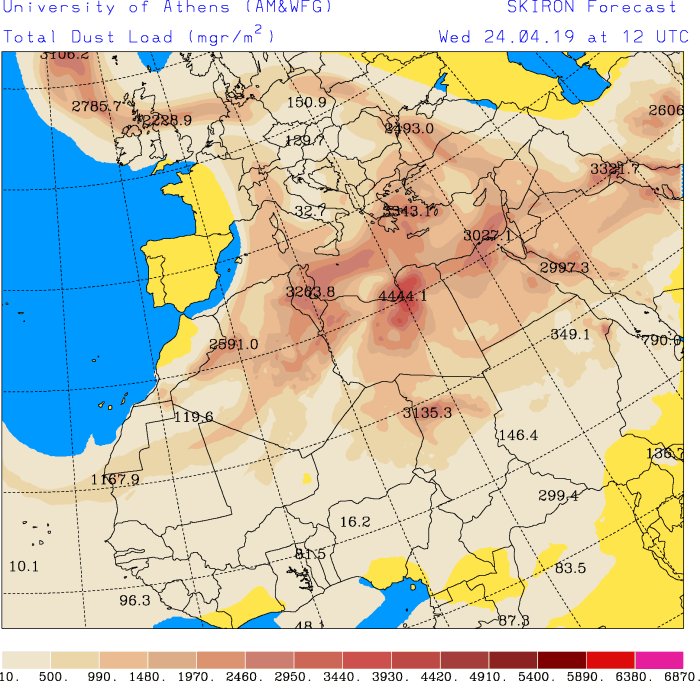 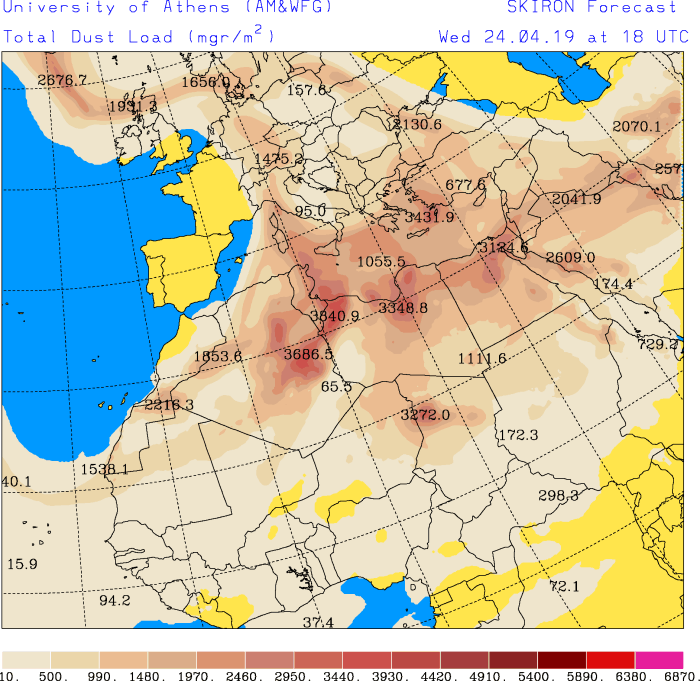 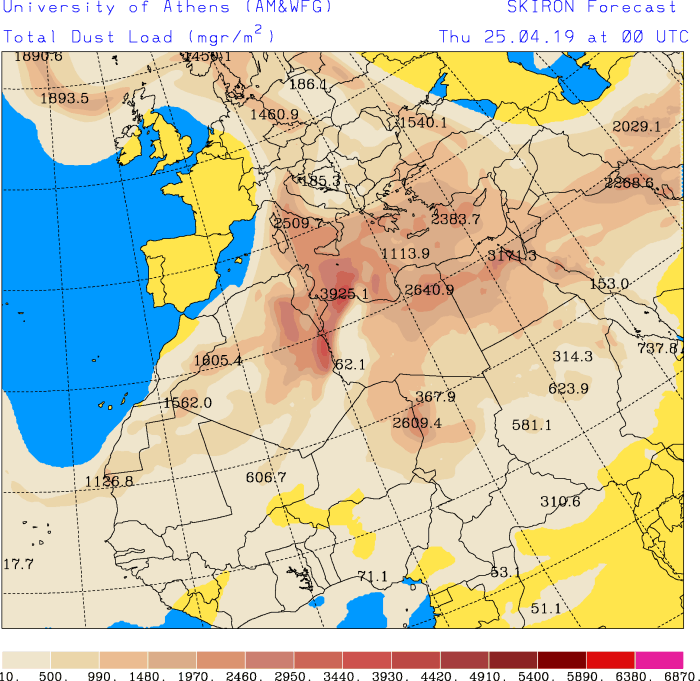 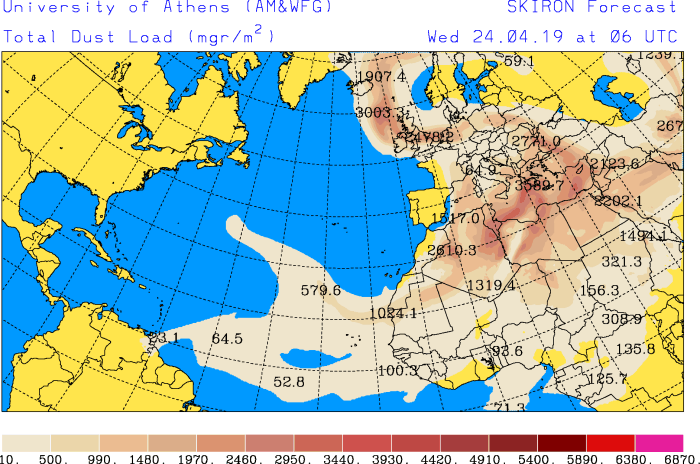 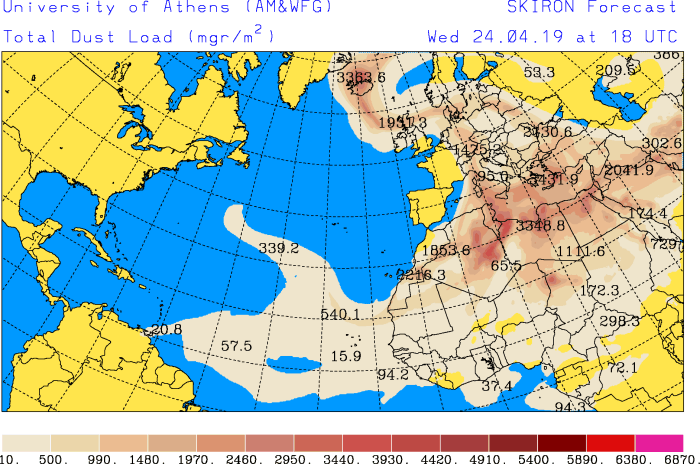