The cutoff low responsible for the big Saharan dust event is pushing northeast across the central and northern Mediterranean. It will also cause persistent combined convective and orographic rainfall along the southern Alpine flank in north Italy and northwest Slovenia, pushing precipitation into southern Switzerland as well. Totals in excess of 100 mm / 48h, locally over 200 mm / 48h are expected.

The highest amounts of rainfall are expected in northeastern Italy, in Veneto and Friuli regions, where most models consistently indicate up to ~200 mm of rainfall over the period. This zone also extends into northwest Slovenia. Also expect large amounts of precipitation, up to 100-150 mm also spreads across northwest Italy into south Switzerland. Higher elevations in this zone will likely see up to about 20-40 cm of snow, although over 50 cm is possible in some places.

Expect locally enhanced threat for flooding, although the threat will be diminished somewhat due to the drought ongoing in the area. 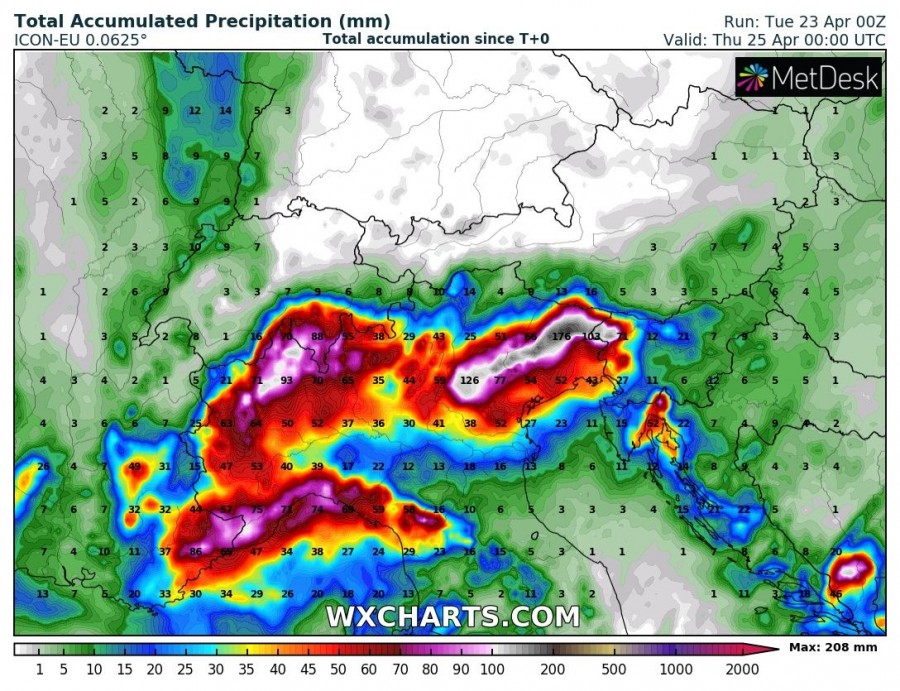 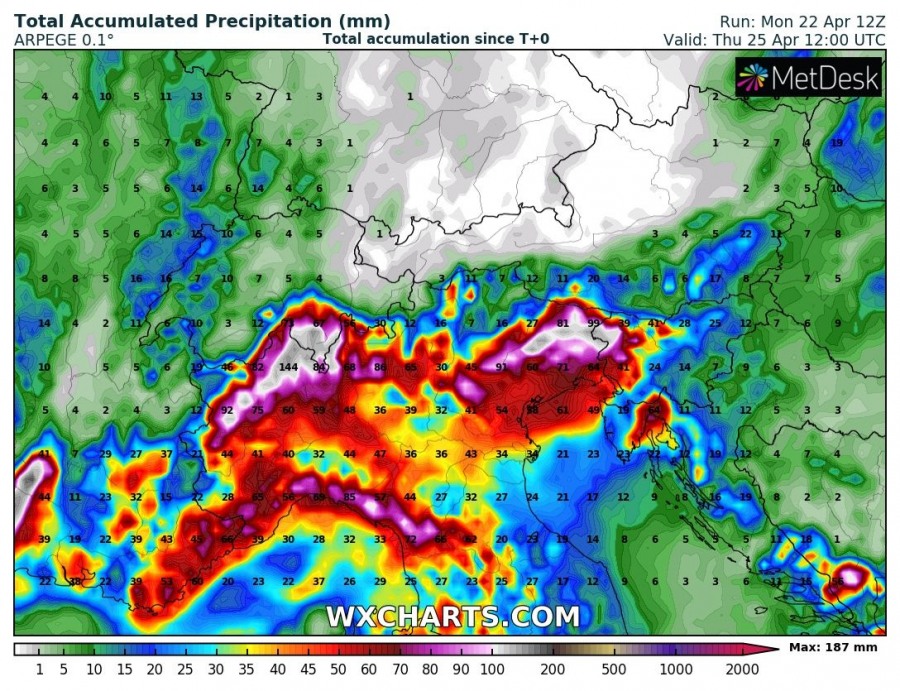 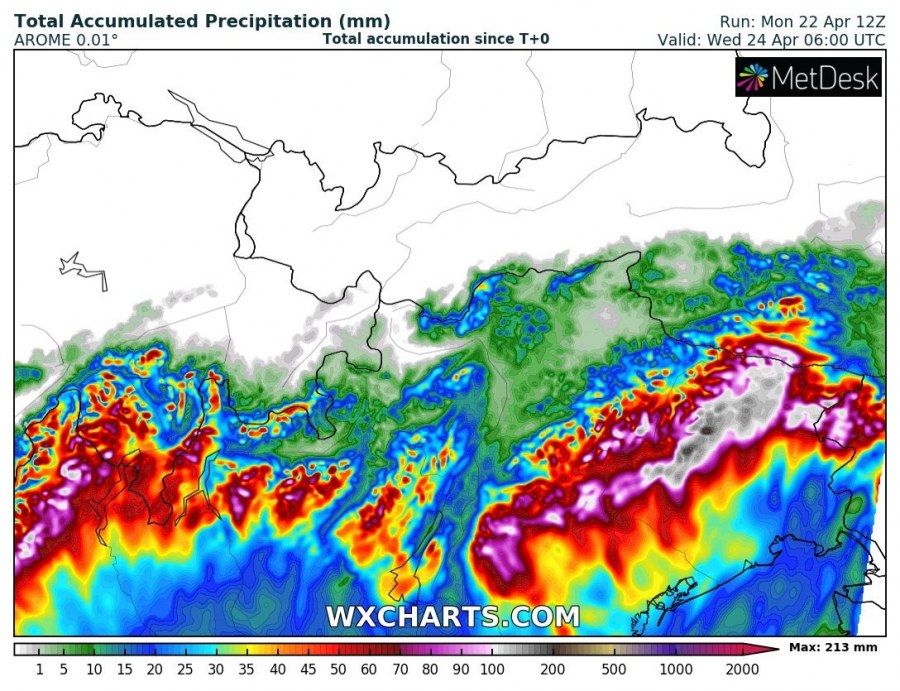 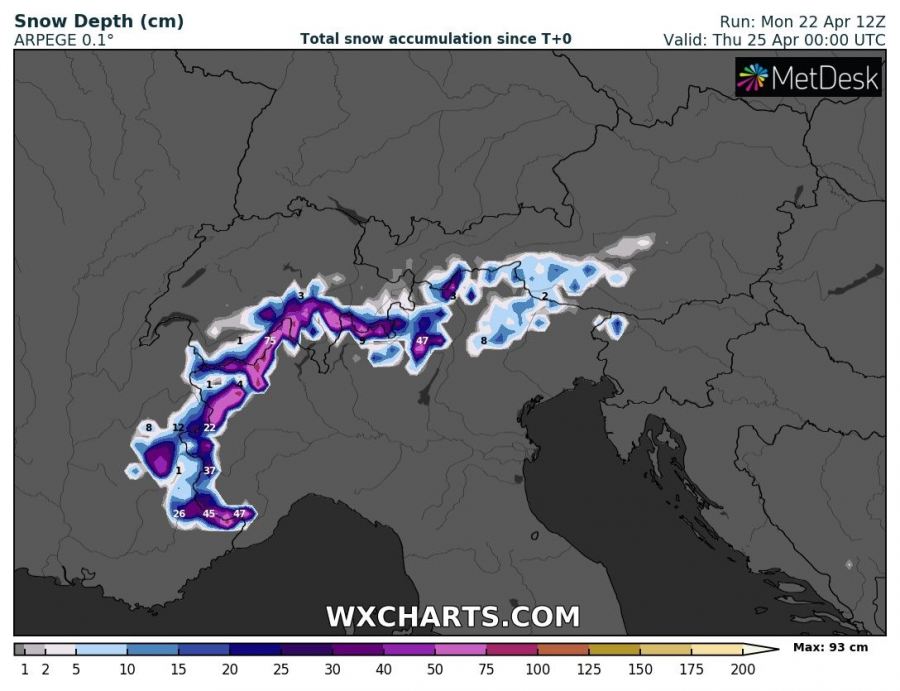