The ‘Greenland heat wave’ continues, with temperatures across the region up to 10-20 °C above long-term average for this period.

While the omega block has now mostly collapsed, its effects across NW Europe and Greenland remain. Very warm airmass is present over parts of Greenland and down south to Iceland, with 850 mbar temperatures up to 10-20 °C above (1979-2010) average for this period. Surface temperatures will be up to 10-20 °C warmer than long-term average. While impressive, temperatures across Greenland will still be mostly below freezing, except for coastal areas. 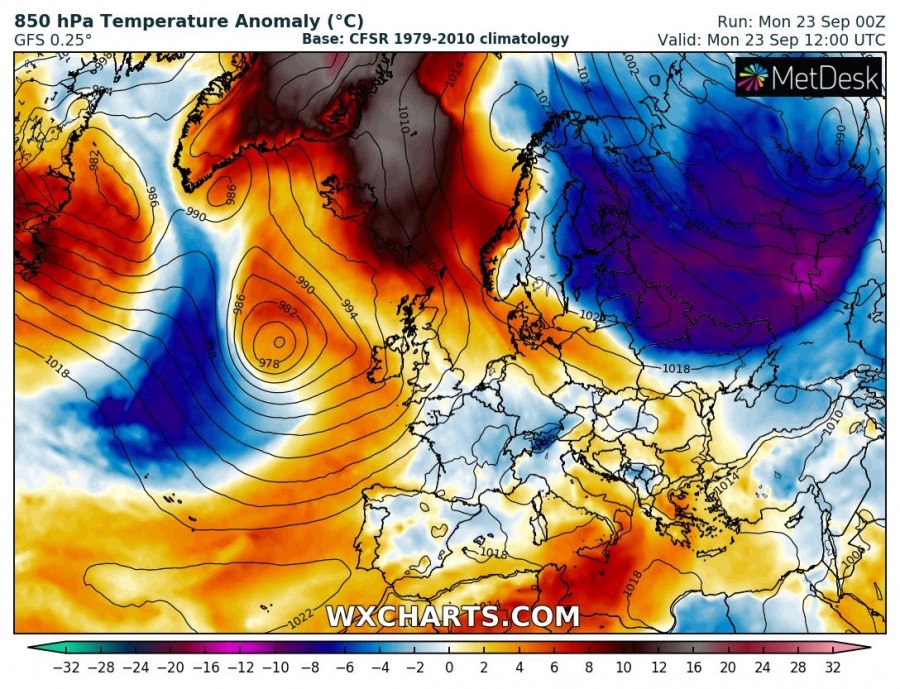 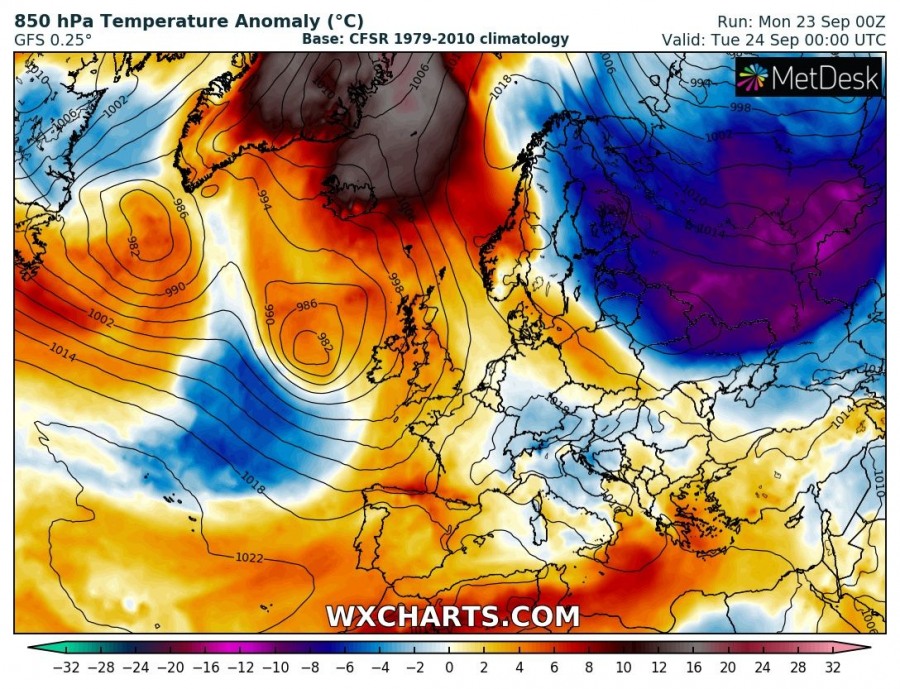 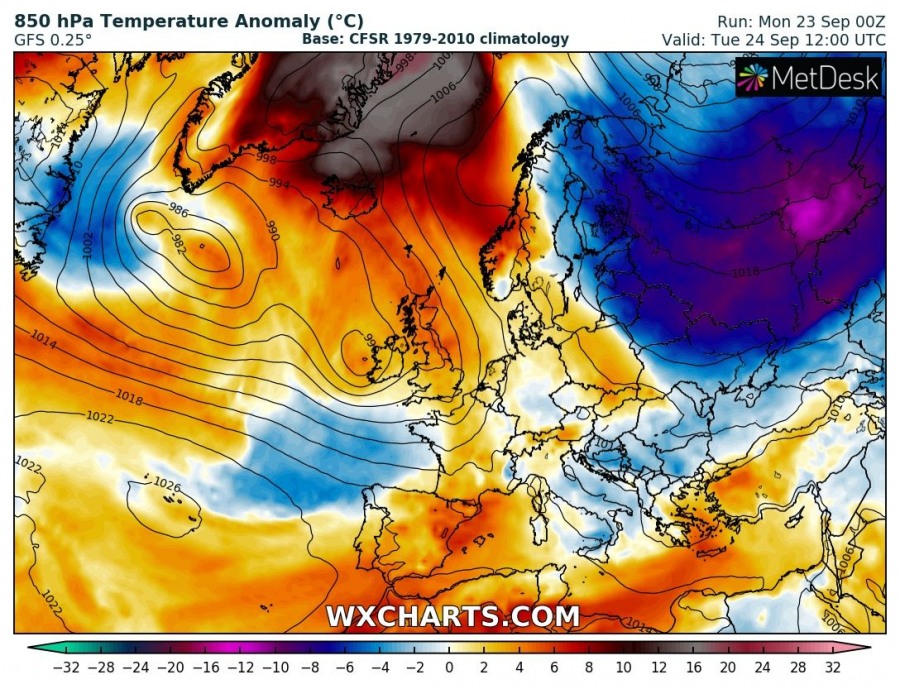 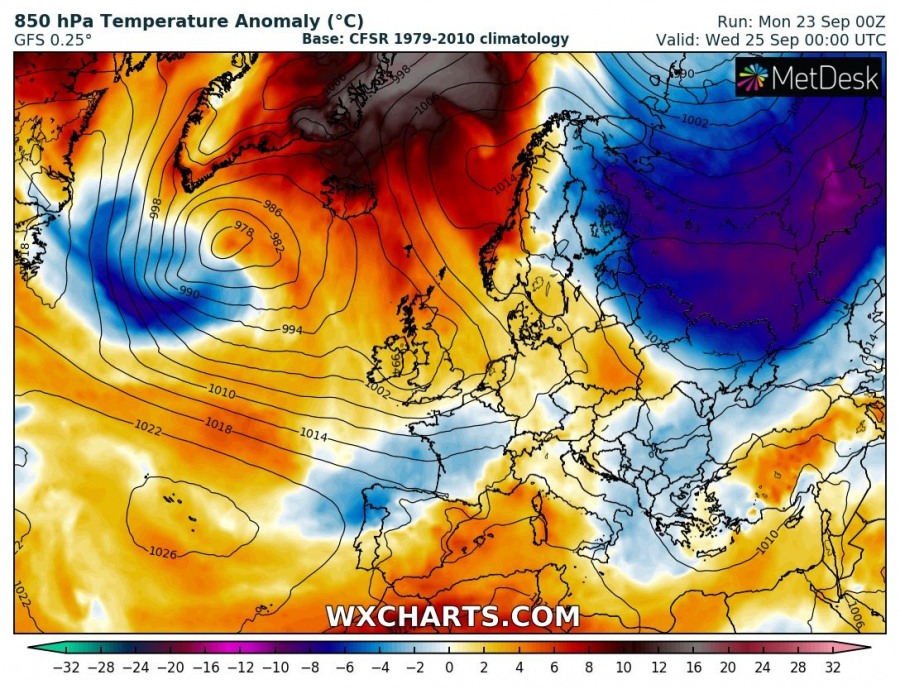 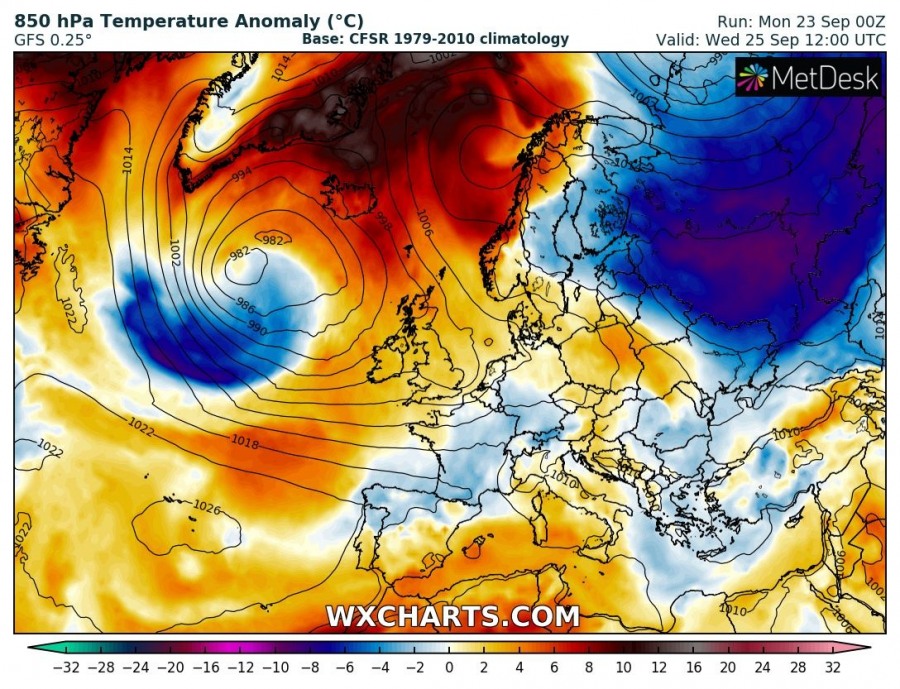 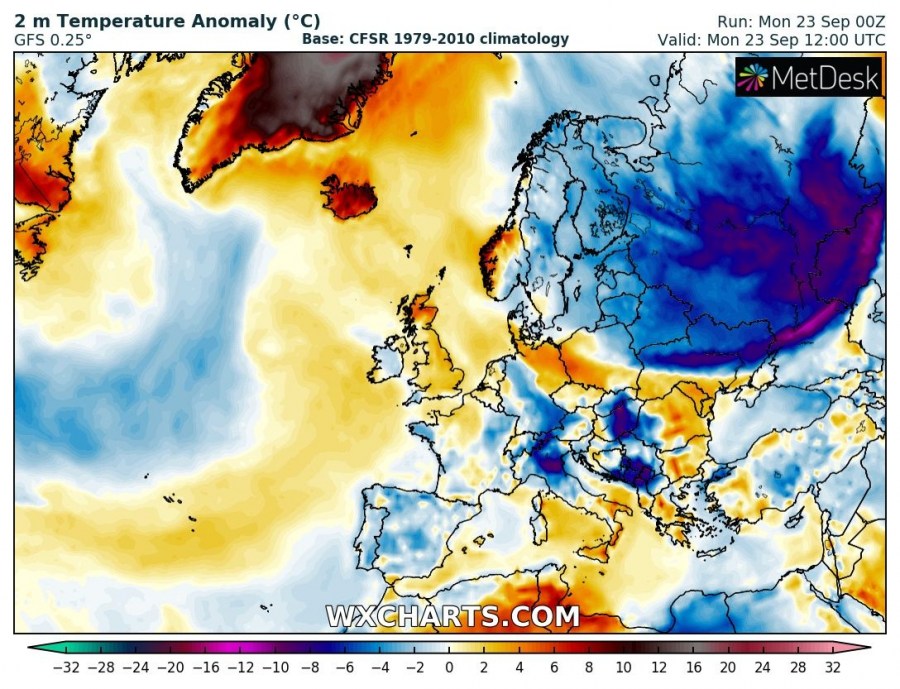 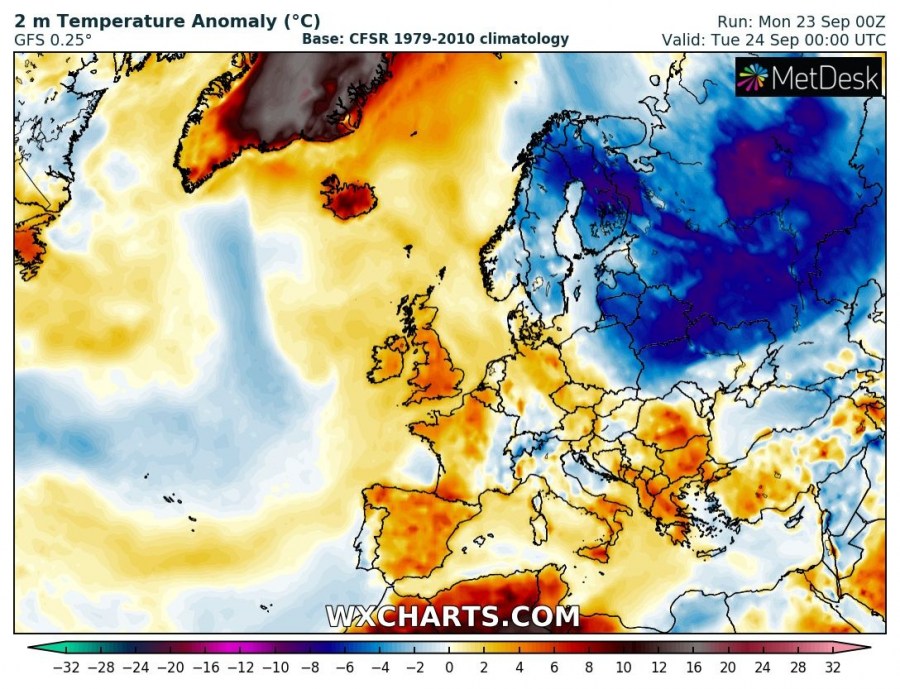 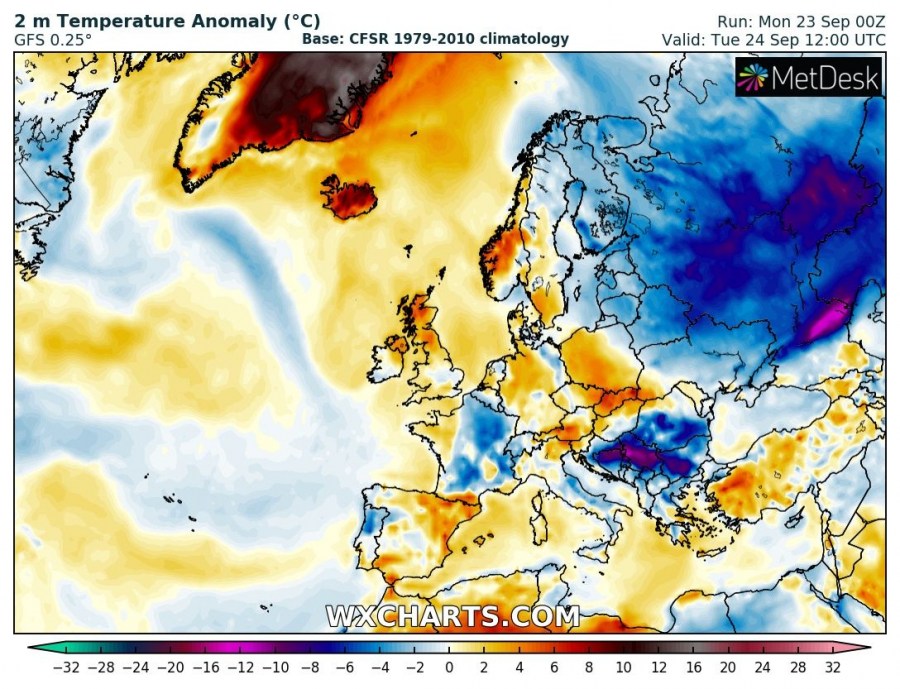 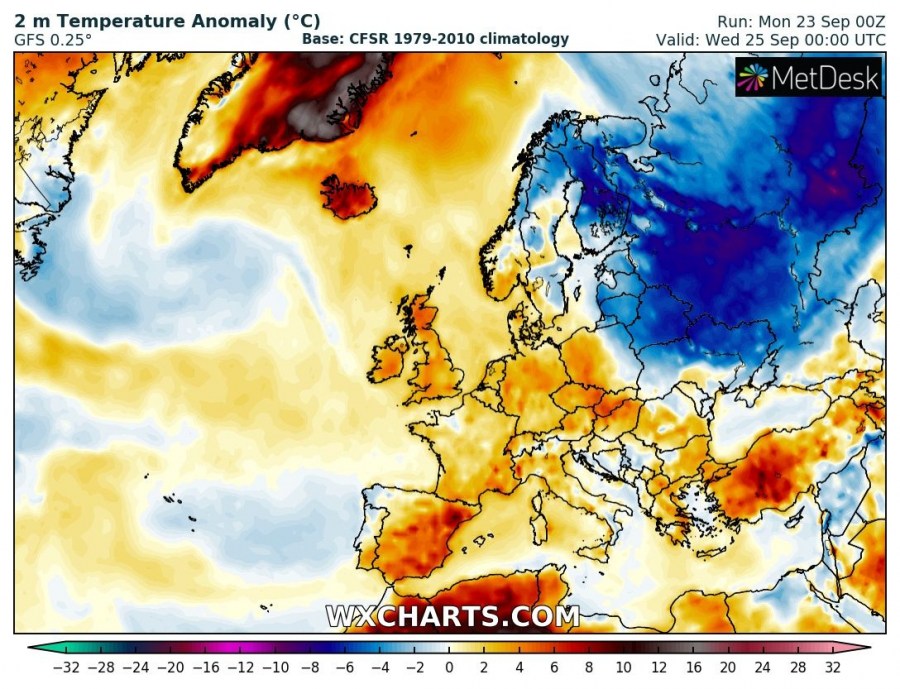 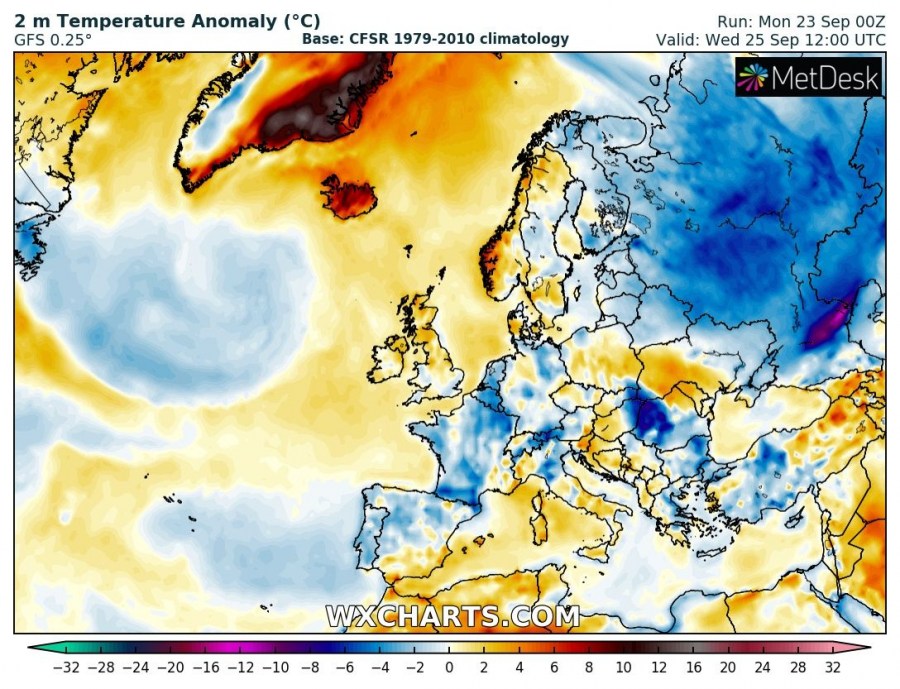 The abnormally warm weather across the region will persist until the middle of the week. A significant pattern change with a major outbreak of cold polar maritime airmass far south, potentially as far as the Mediterranean and north Africa is hinted at by the end of the week and early next week by both GFS and ECMWF. Still far away, we will be monitoring the pattern and posting updates.