The Mediterranean sea remains much warmer than average towards late September 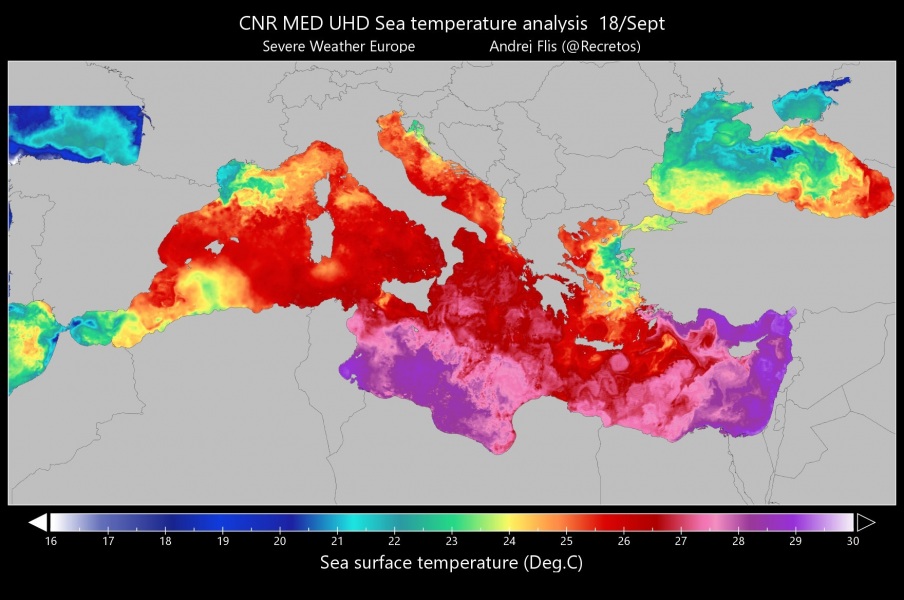