Mid October brings stable and unusually warm weather into much of our continent, while a statistically dynamic pattern maintains over the N Atlantic. Models are in good agreement the overall weekly pattern will deliver warm and mostly stable days for many, while a deep cyclone with potential windstorm is likely across the British Isles on Thursday. Colder weather with unsettled conditions is also likely over the Iberian peninsula.

A persisting upper ridge is dominating eastern and southern Europe while a long-wave trough is expanding across the north, west-southwest Europe and N Atlantic. Unusually warm weather continues across the large part of continental Europe with daily temperature more than 10 °C above normal, precisely across the Balkan peninsula and central Europe. 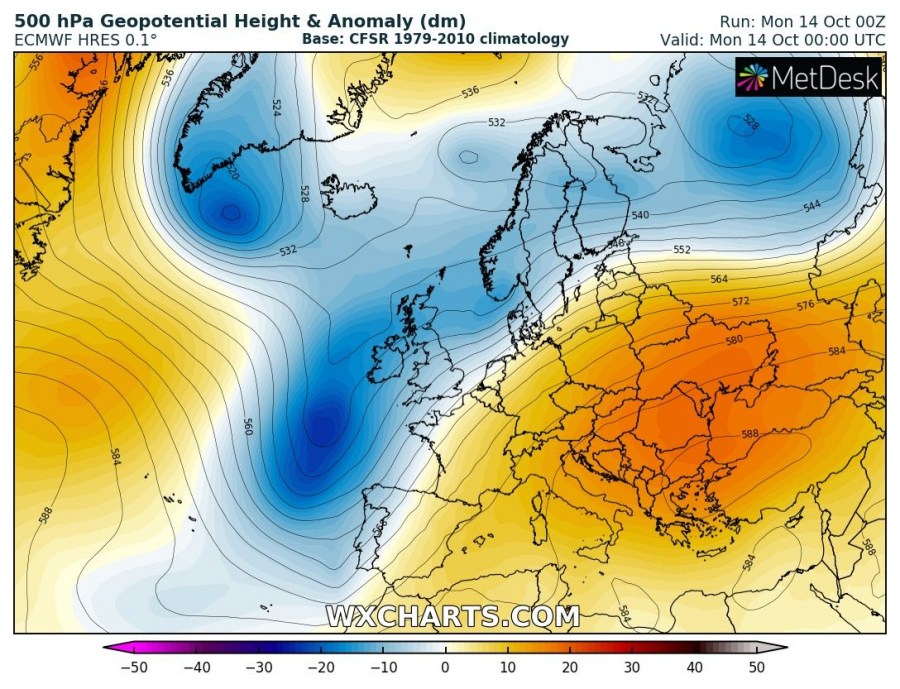 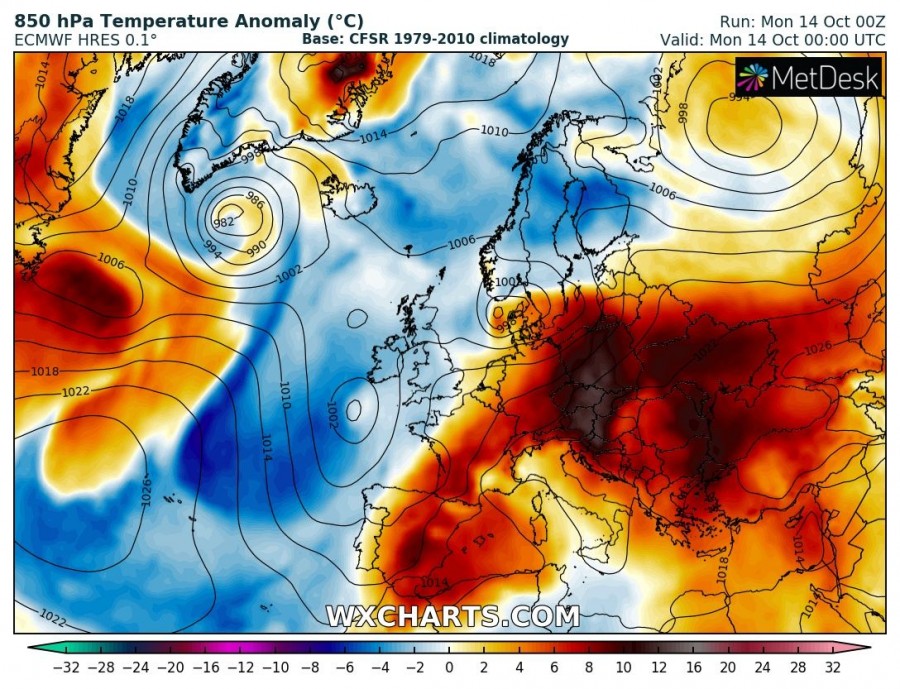 The upper ridge across south-central Europe begins gradually weakening while it remains strong across eastern Europe where very warm weather remains in place. To the west, a short-wave trough pushes into southwestern Europe and delivers cooler weather into the Iberian peninsula. A deep core develops SW of Iceland. 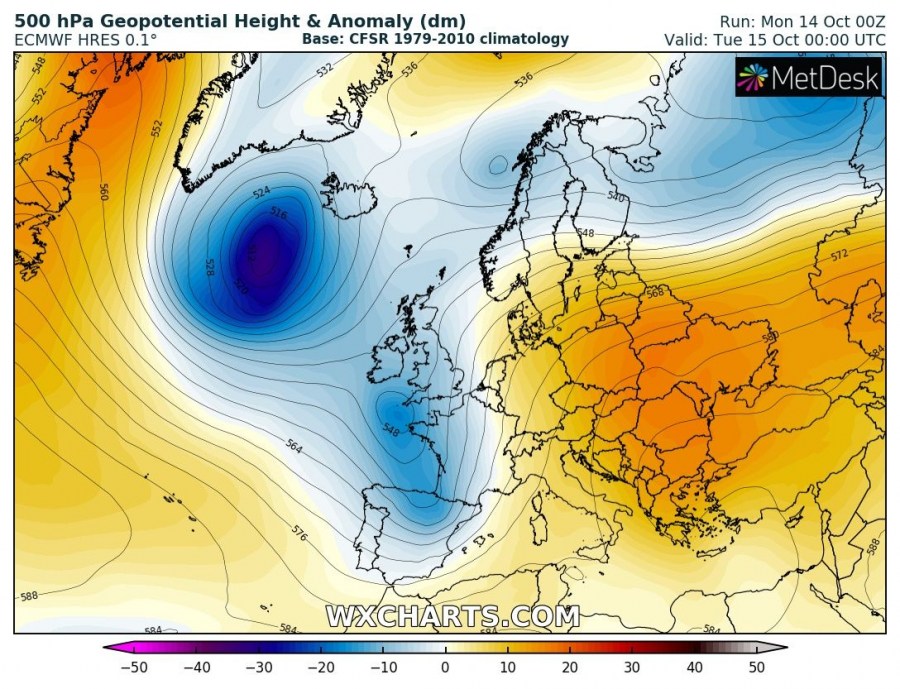 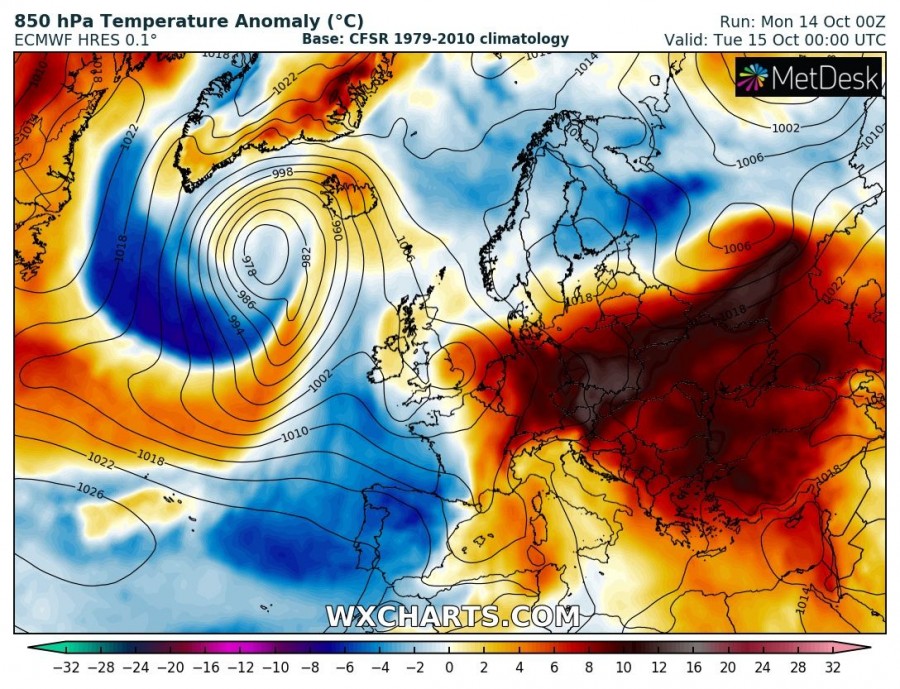 A deep trough / core intensifies S/SW of Iceland with a powerful wind field rounding the surface cyclone, effecting Iceland as well. A weakening short-wave pushes further east across central Europe. Strong ridge remains over eastern Europe and also expands into the southern Scandinavia. A strong warm advection spreads into the Baltic region with 850 mbar temperature anomaly close to 15 °C above normal there! 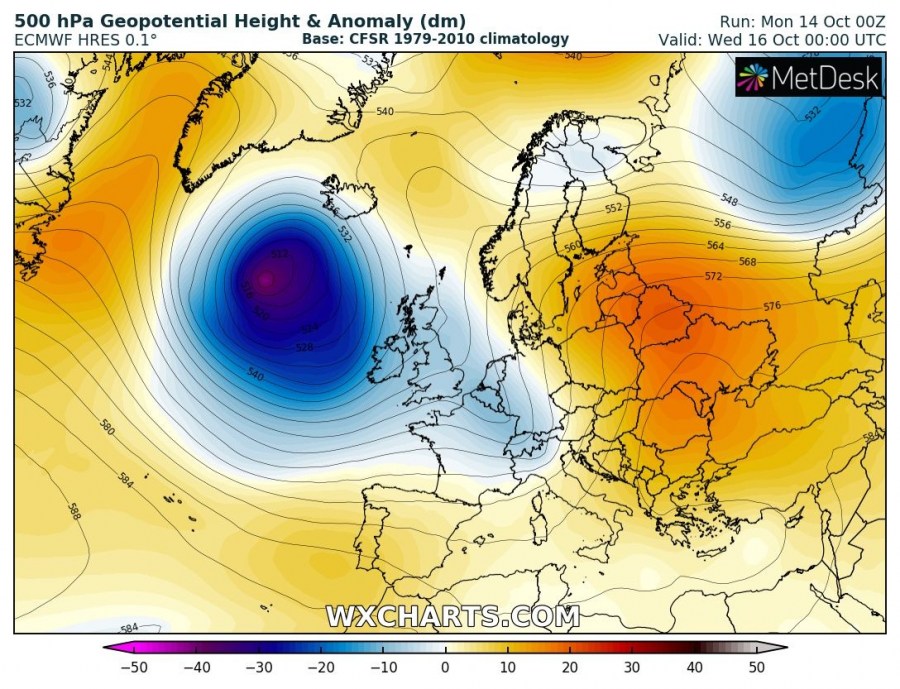 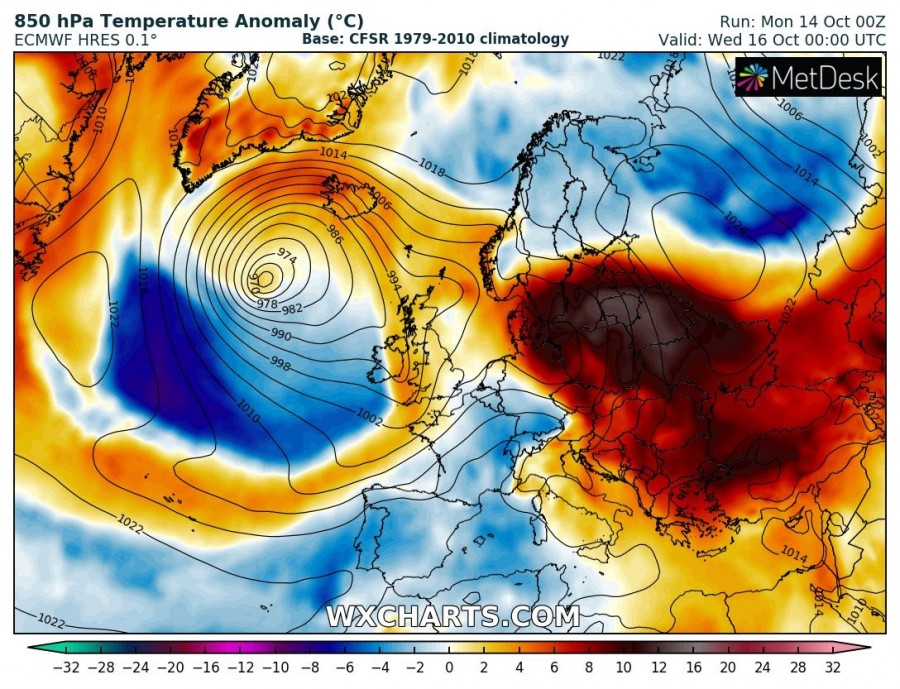 An upper ridge begins gradually weakening across eastern Europe, but the overall pattern supports ridging across our continent. A large deep trough / low over the N Atlantic approaches western Europe with a strong surface cyclone pushed into the UK and Ireland. A potentially strong windstorm could develop over Ireland. A small upper low advects across the Baltic region, resulting in the warmest airmass finally exiting into W Russia. 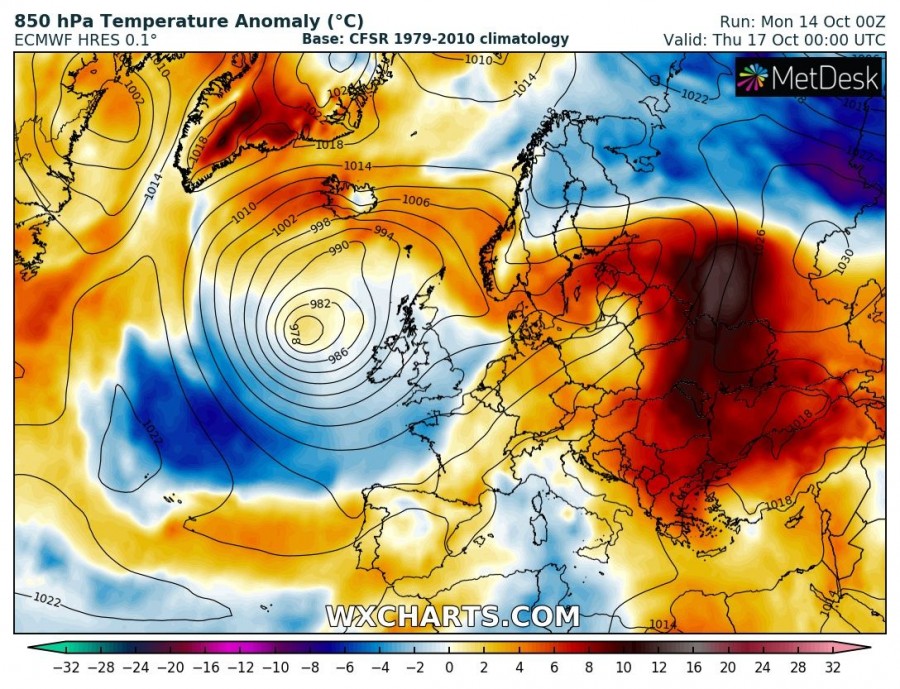 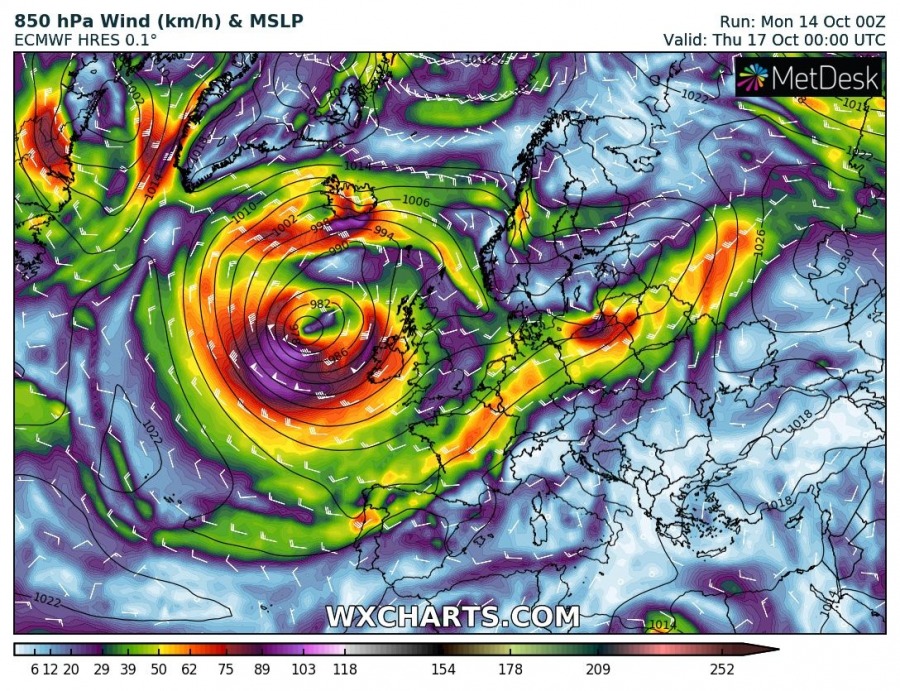 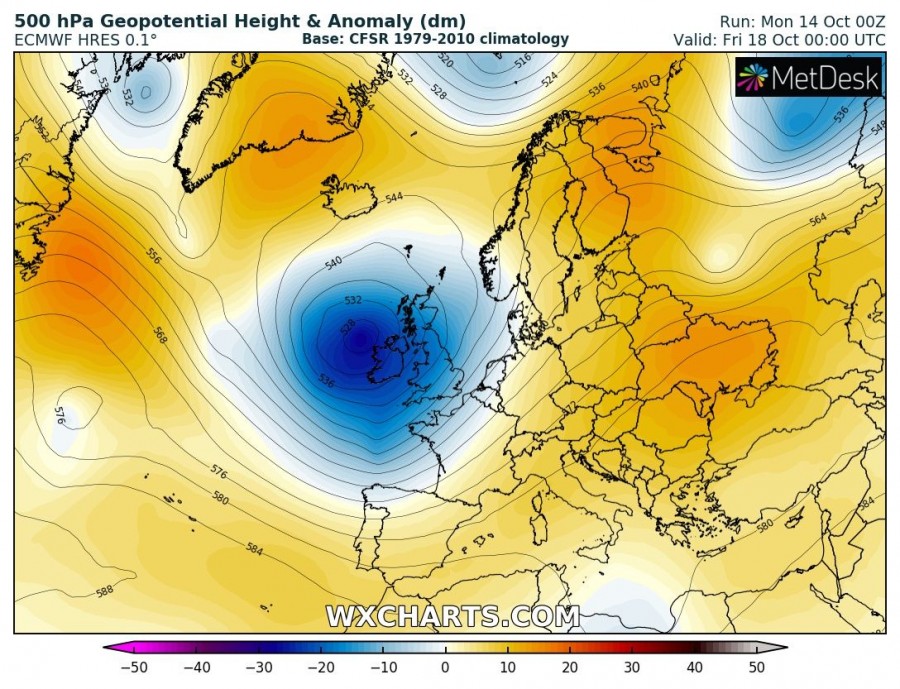 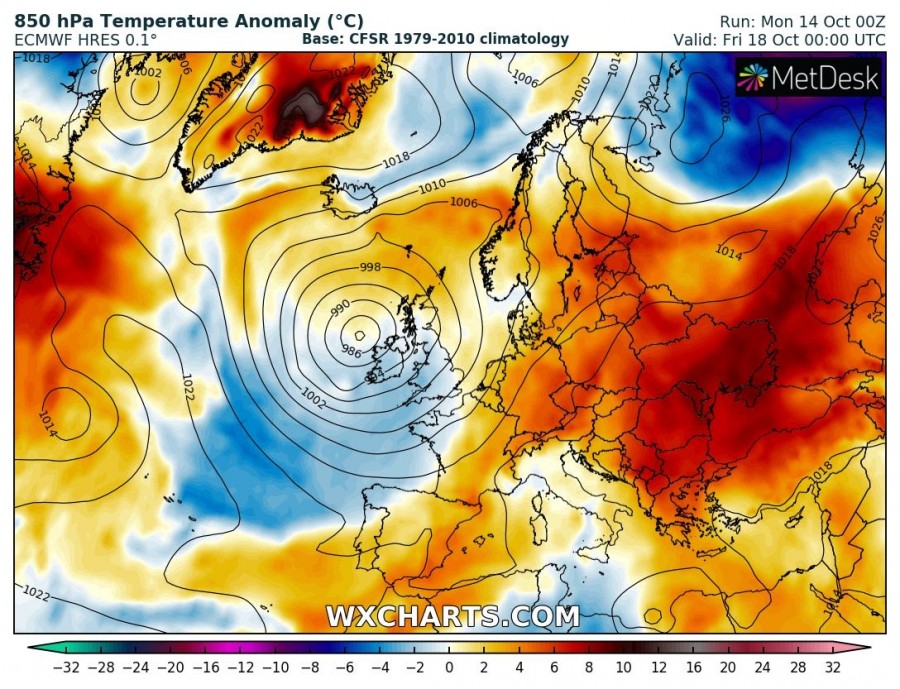 A large low over the W Europe expands into SW Europe as well, while ridging across the ENE Europe strengthens again. In between, strong southerly warm advection establishes from the Mediterranean northwards into central and eastern Europe. Moisture advection into the Alpine region also establishes the pattern for rainy periods. 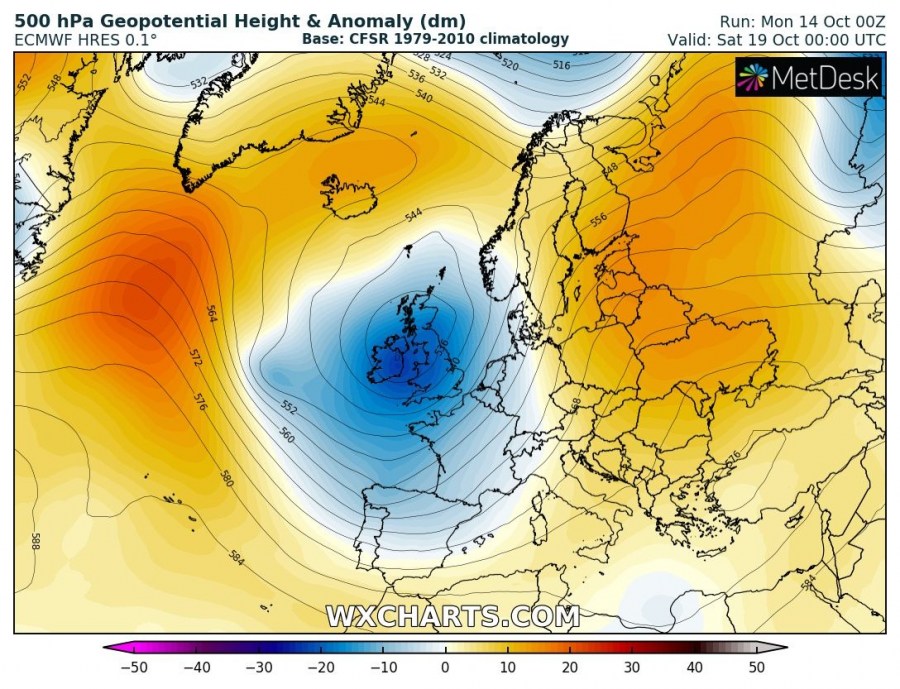 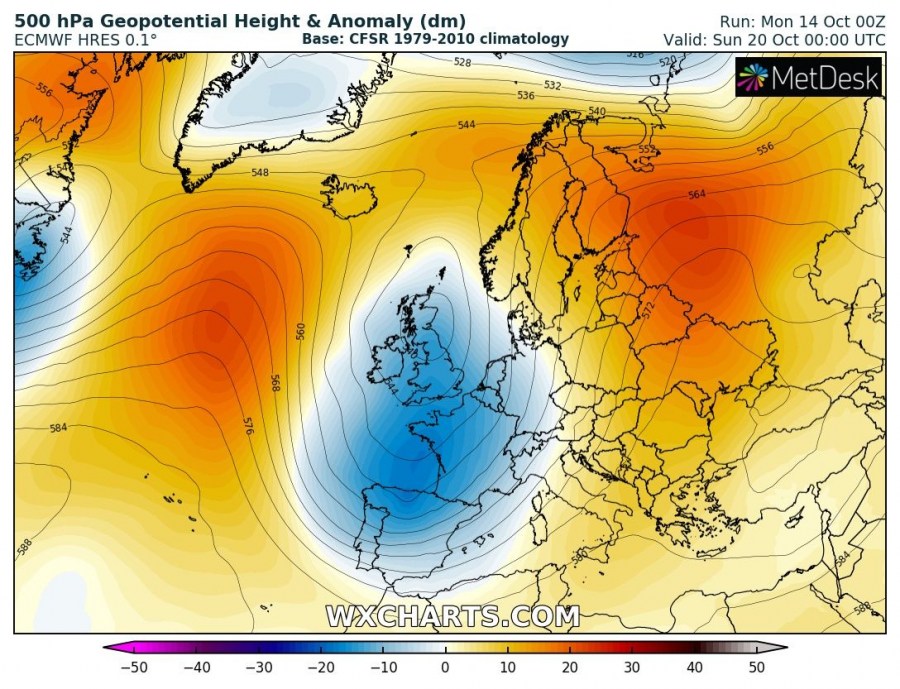 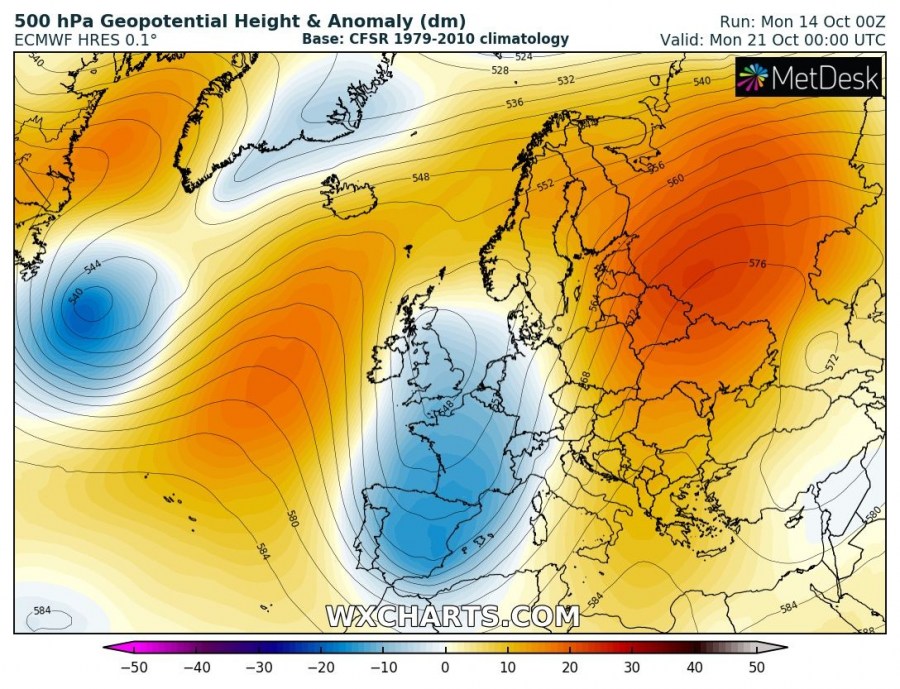 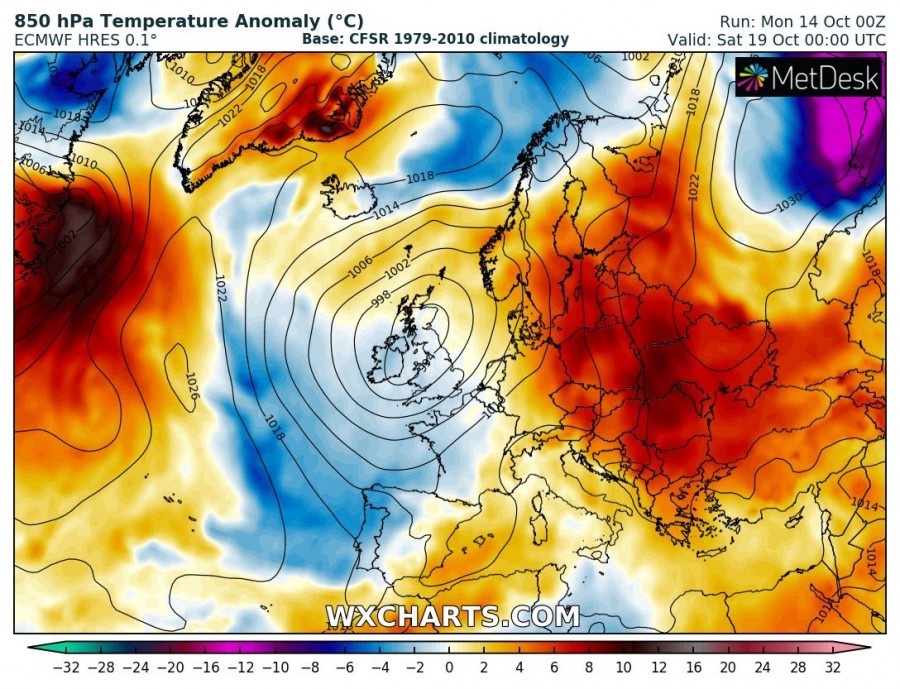 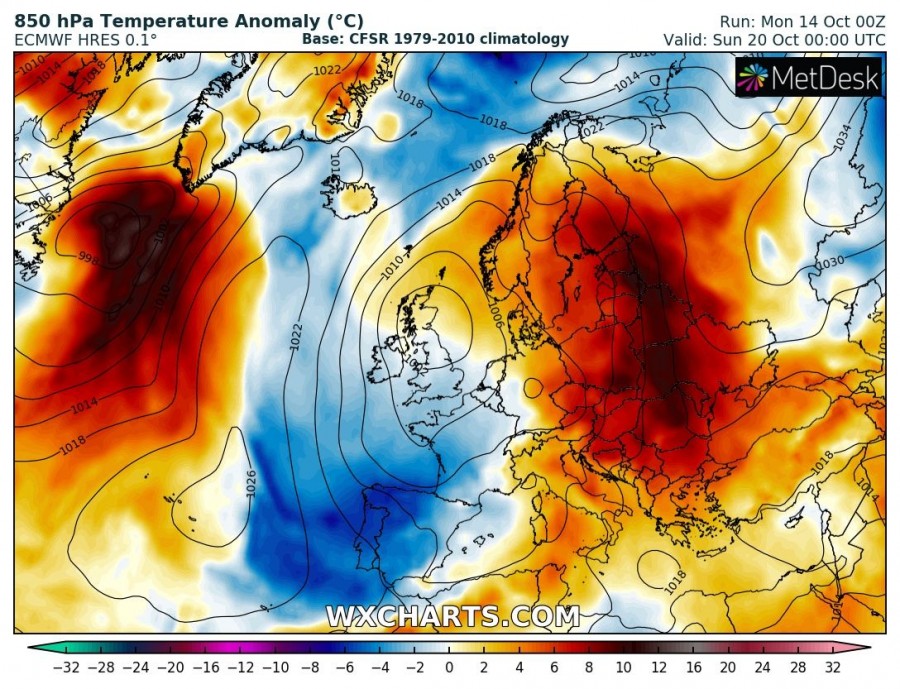 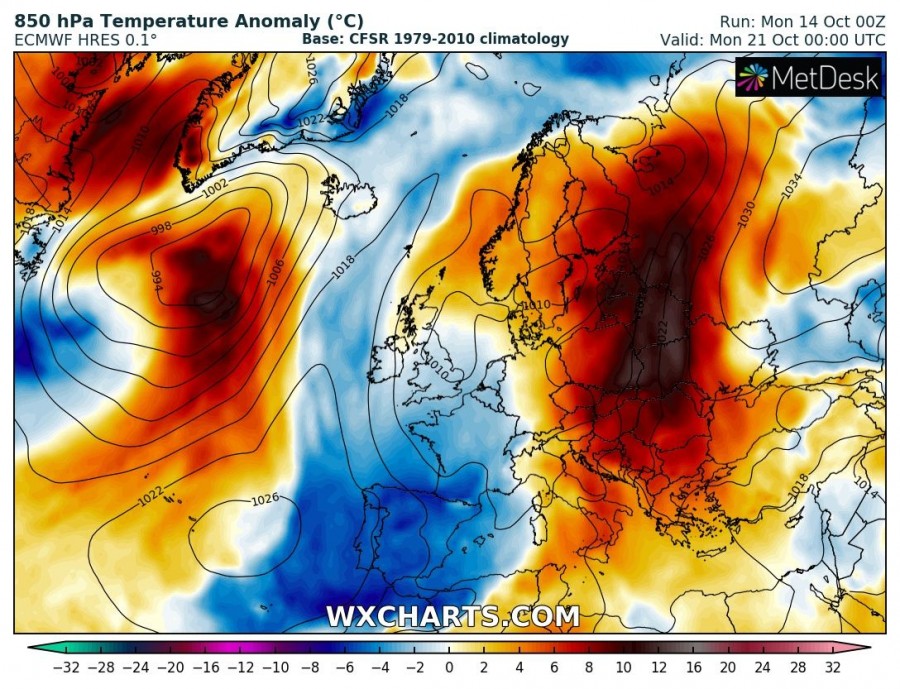 Stay tuned for further details on potential systems in the coming days!

«Next Post *Winter 2019/2020* Early look at the seasonal forecasts for the upcoming winter across the Northern Hemisphere!
A deep cyclone could develop a severe windstorm for Ireland on Thursday, Oct 17th Previous Post»