An upper low pushing across western Europe transforms into a long wave trough, moving over central Europe and the northern and central Mediterranean on Wednesday and Thursday. It will push as far south as the southern Mediterranean and north Africa on Thursday. It brings unsettled weather to the region with strong cold air advection from the north in its wake.

A Genoa surface low will have formed over the Ligurian sea by early on Wednesday, pushing southeast into the southern Adriatic by late on Thursday. It will be accompanied by thunderstorms, locally severe, and torrential rainfall. 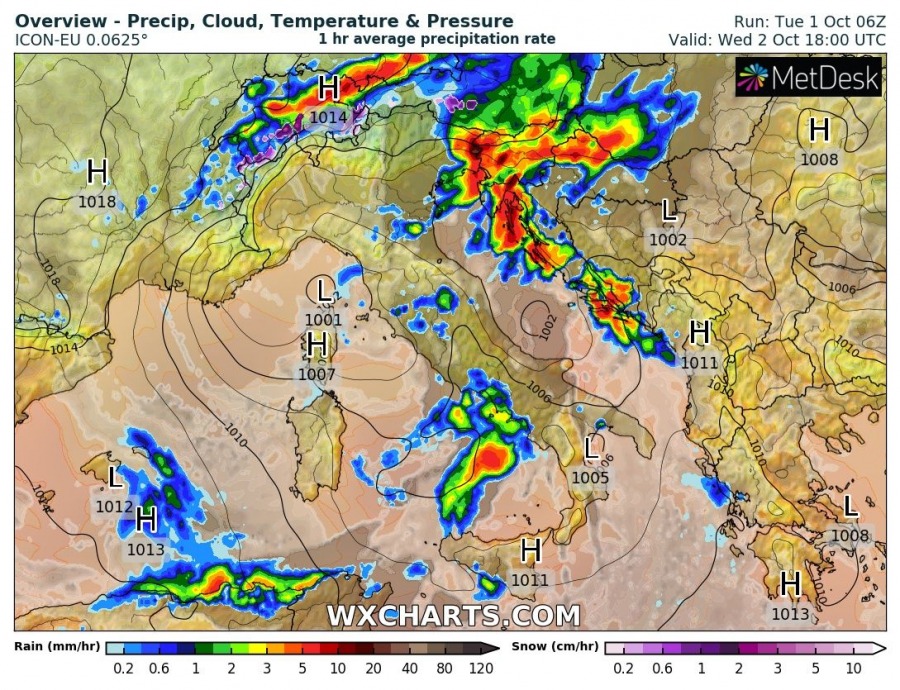 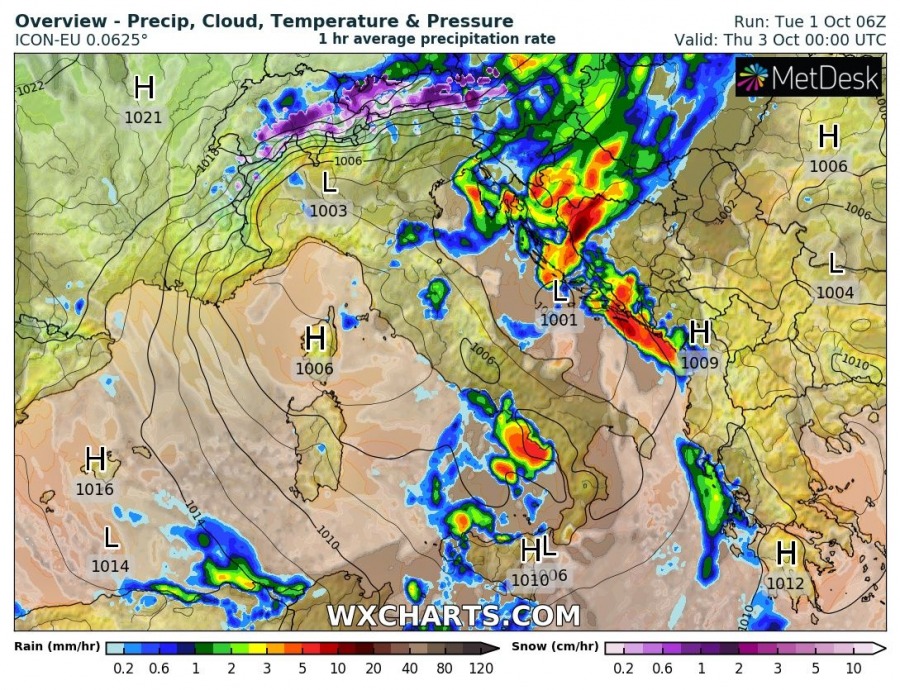 Large amounts of rainfall are expected.
Up to 100-150 mm of rainfall is expected locally. Expect local flooding in areas where torrential downpours deliver much of this amount in a short time.