While south, central and eastern Europe is still in a record-breaking heat wave and ridging pattern, models are in good agreement for gradually weakening ridging over the weekend with a pattern collapse next week, meaning cooler weather will return. Indeed after such an intense heat wave and extremely warm sea temperatures, available moisture for severe storms is high.

Latest model simulations are revealing a short-wave trough penetrating into the northern edge of the ridge, crossing the Alps on Sunday afternoon and evening hours. An associated surface cold front will rapidly move across the Alps and N Italy into NW Balkan peninsula. The upper ridge will become more elongated from SW Europe across Mediterranean into Balkan peninsula where very hot temperatures will remain. 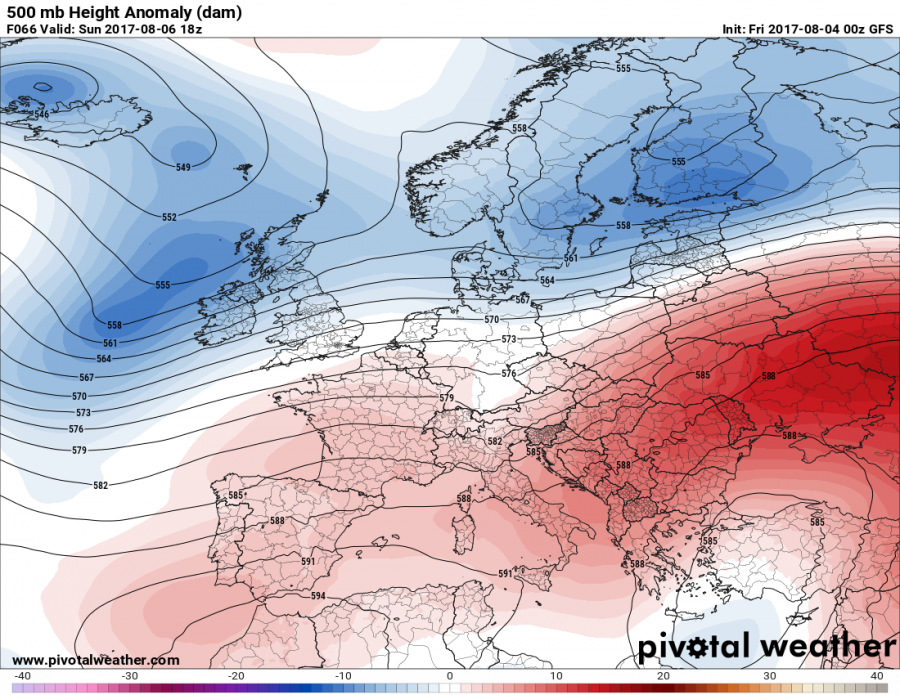 The extreme heat during the previous 7-10 days has resulted in extremely warm sea temperatures of Ligurian and Adriatic seas, locally up to 30 °C have been recorded today. These warm seas are, in addition to the high evapotranspiration from the crops, the main source of high moisture and dewpoints available for fueling the storms. As dewpoints have risen into mid 20s over these seas, the result will be a very high to extremely instablity once the cooler mid-levels overspread the N Mediterranean – locally 3000-4000 J/kg MLCAPE could become available. 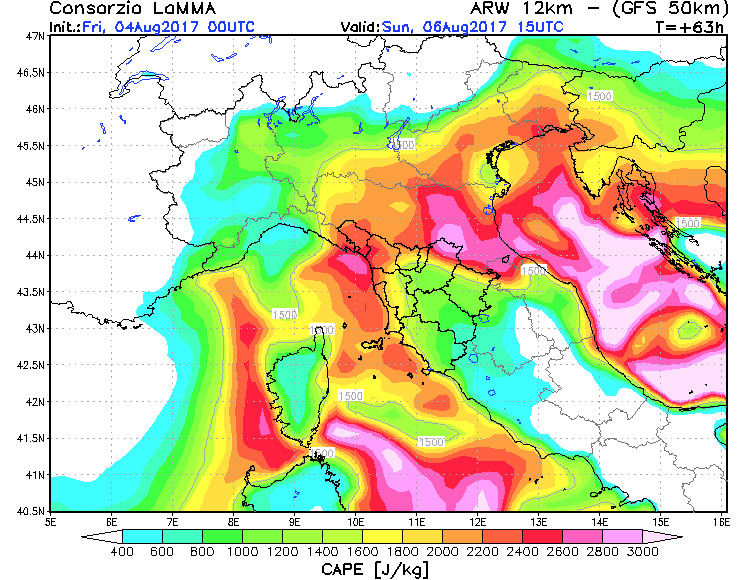 It appears likely that some pre-frontal activity will already occur tomorrow (Saturday, August 5th) late afternoon and overnight, especially over the mountainous terrain of the Alps. It can also effect southern Alpine flank. However, the main activity is expected on Sunday with the arrival of the trough, enhanced large-scale forcing and better deep-layer shear in place. A combination of moderate shear and storm-relative helicity with extreme instability should support severe storms, including supercells with very large hail, severe damaging winds, tornadoes as well as very intense and excessive rainfall. 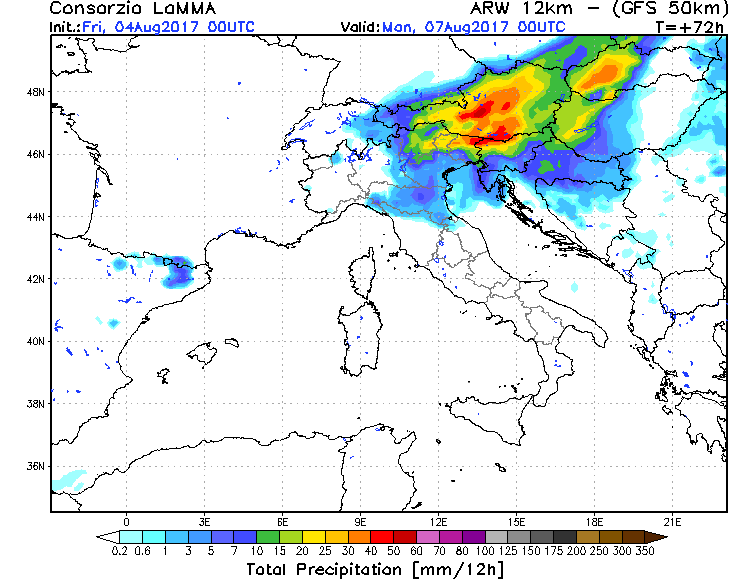 Some models are hinting at a very impressive amounts of rainfall along the southern Alpine flank as moderate, but persisting southwesterlies will support convective activity well ahead of the front on Sunday, which could locally result in excessive torrential rainfall with dangerous flash floods threat. Locally 100 mm or more will be possible. Once the cold front ejects from the Alps, it will initiate severe storms over NNW Italy which should intensify as they move into better moisture and instability closer to the Adriatic sea in the afternoon and evening hours. 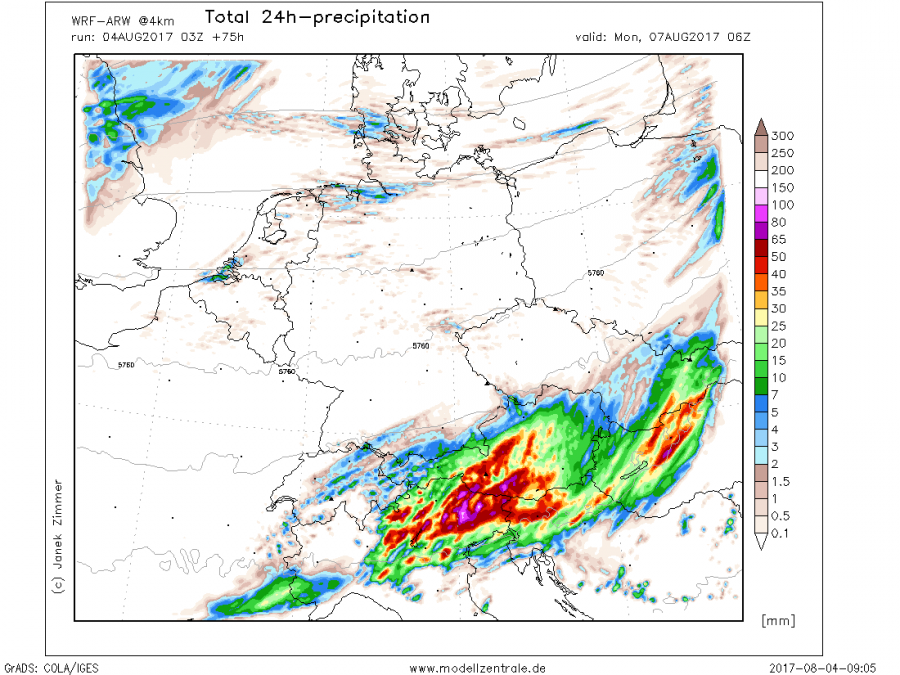 Setup itself supports clustering of the storms into a large convective system (MCS) towards the evening, moving along the southern Alpine flank towards N Adriatic region and into W Slovenia / N Croatia.

We are closely monitoring this potentially dangerous setup and will keep you updated tomorrow. Stay tuned!