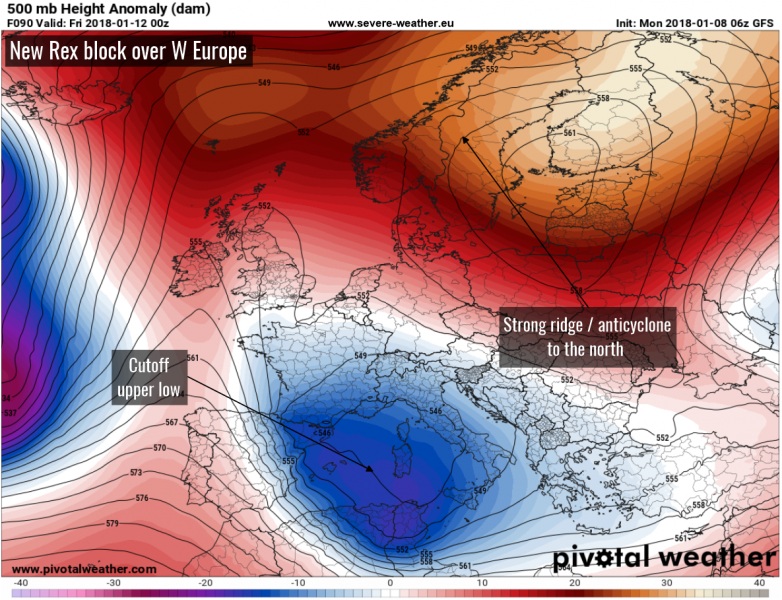 As the cutoff low slowly fills, a new broad zone of low pressure pushes into western Europe from the Mediterranean. By early Thursday it forms a rather compact, deep cutoff low over southern UK / northwestern France, rapidly moving into the western-central Mediterranean by early Friday. Meanwhile, the broad and strong anticyclone over northern Europe remains, forming another rex block pattern.

An associated surface cyclone will likely develop over the Bay of Biscay on Wednesday and Thursday, affecting the region, particularly the coast of western France with gale to storm force winds. 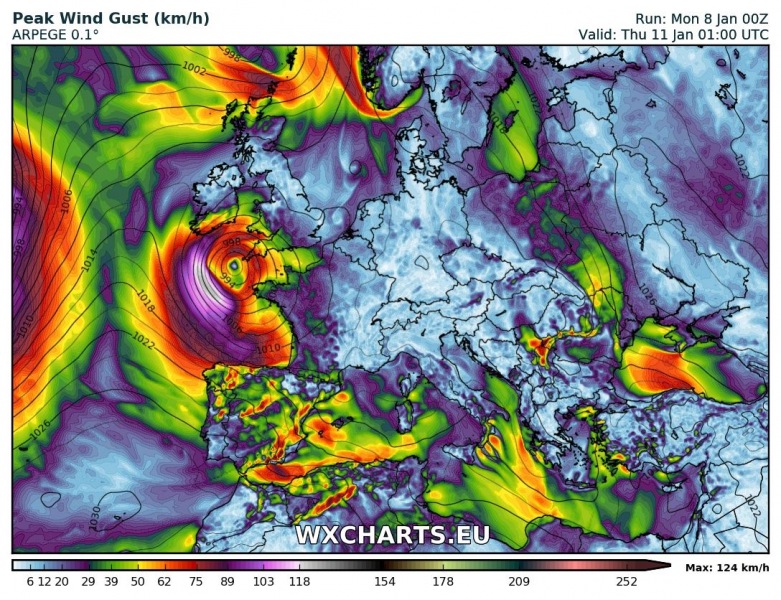 A new round of snowfall is coming for northern Spain and the Pyrenees, as well as the Apennines. More on this in the coming days.