Another day of severe thunderstorms with torrential rainfall is expected for parts of southern, central and eastern Spain today.

The Iberian peninsula is under the influence of a shallow, but persistent and virtually stationary cutoff upper low. Significant instability builds up, particularly over the sea and in the coastal area as surface easterly winds provide warm, moist air advection from the sea. Further slow-moving storms are expected to form across southern and eastern Spain, with peak threat for torrential rainfall and flash floods. Other threats include large hail, intense straight line winds and waterspouts. 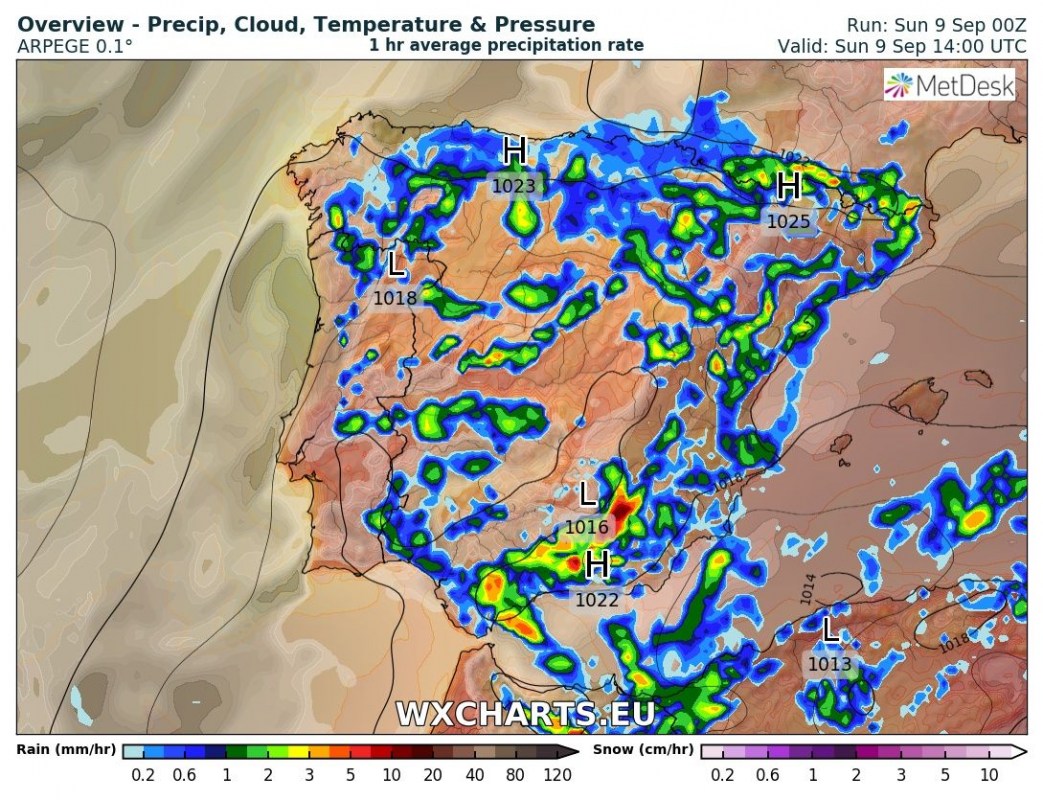 Overview of cloud cover and precipitation over the Iberian peninsula. Map: Wxchart.eu