+++ This is a special outlook for the potentially dangerous Medicane that has developed in the Ionian sea and is expected to cross southern Greece and Aegean sea, and diminish in northewest Turkey this weekend +++ 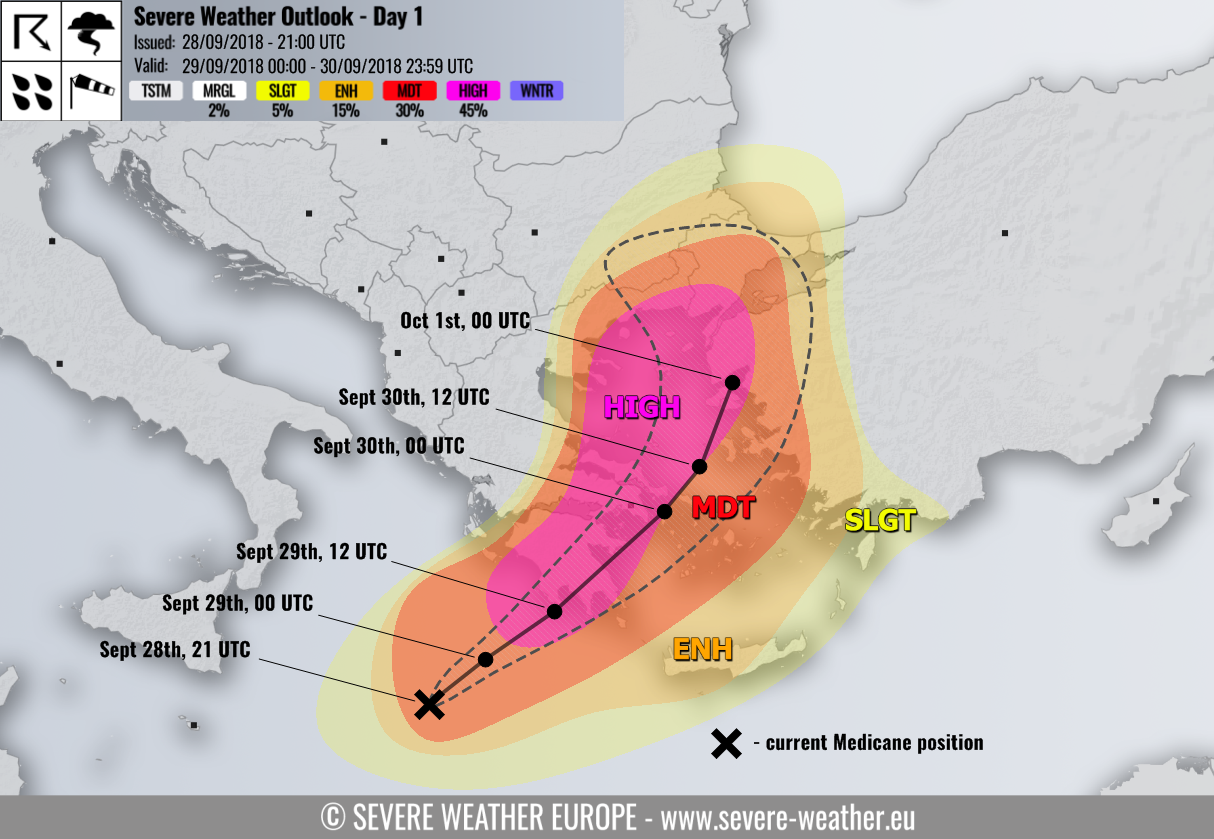 A blocking ridge dominates the N Atlantic and most of southern half of Europe, while a deep trough is moving across NE Europe and NW Russia. An upper low is located over the southern Mediterranean with deep surface cyclone – a Medicane over the Aegean sea.

HIGH risk has been issued for extreme southern Greece (Peloponnese, Attica, N Cyclades) into northern Aegean sea and NW Turkey with threat for torrential and excessive rainfall, severe damaging winds and tornadoes. The area highlights the highest risk for potentially destructive flooding associated with the track of the Medicane where rainfall accumulation could exceed 250-300 mm in a 36-48 hour period. Severe winds will be associated along the trailing cyclone’s inner core storms while enhanced potential for tornadic supercells exists across the Attica region and Aegean sea where strongly enhanced shear and helicity greatly overlap with strong instability.

MDT risk has been issued for surrounding areas of HIGH risk across south Greece, Cyclades, Aegean sea, northeast Greece into northwest Turkey and extreme south Bulgaria with threat for severe winds and excessive rainfall. Here, less robust threat is expected and it critically depends on the Medicane’s centre track.