Major waves to hit Sardinia, Tunisia, Sicily, Malta and western Greece over the next 48 hours – January 8-10, 2019

The upcoming Mistral windstorm will kick up very significant waves across the western-central and central Mediterranean: locally over 5 m! 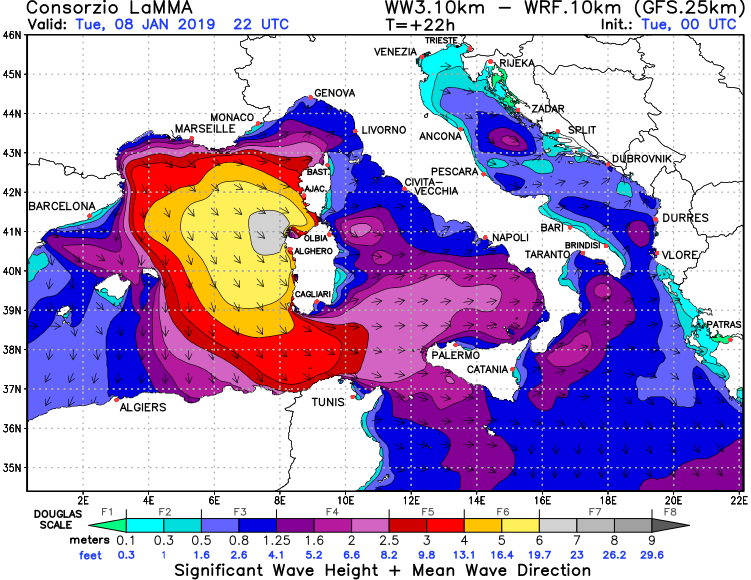 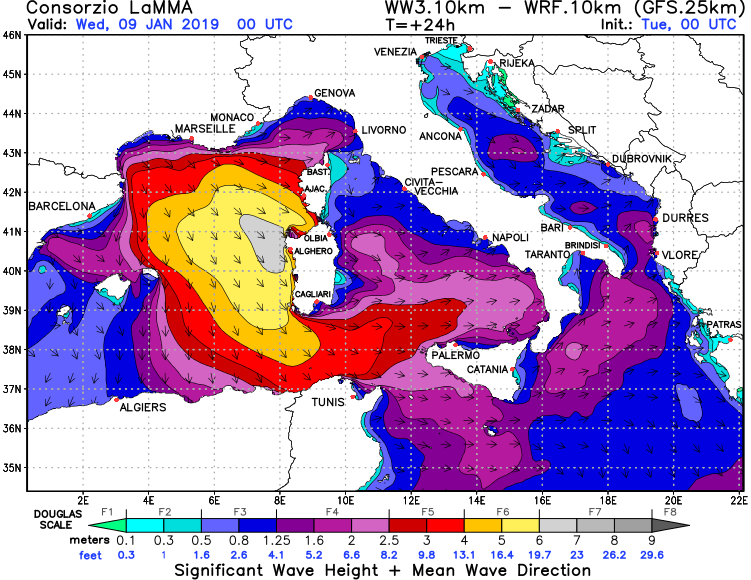 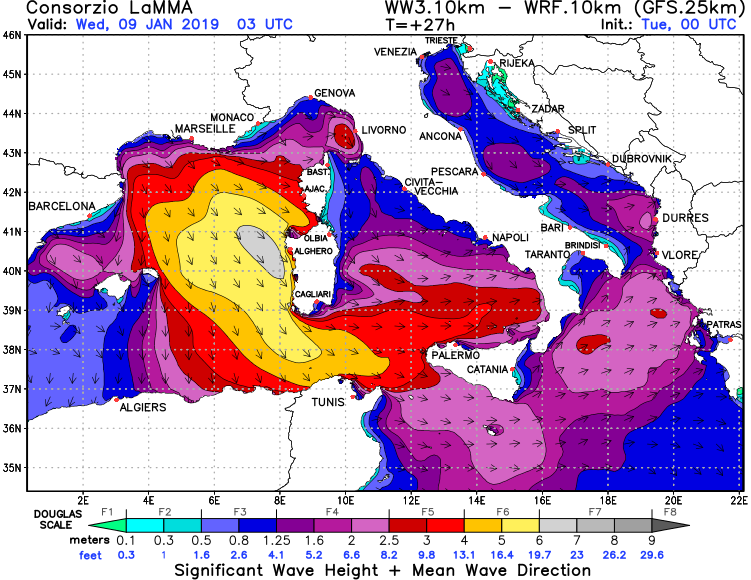 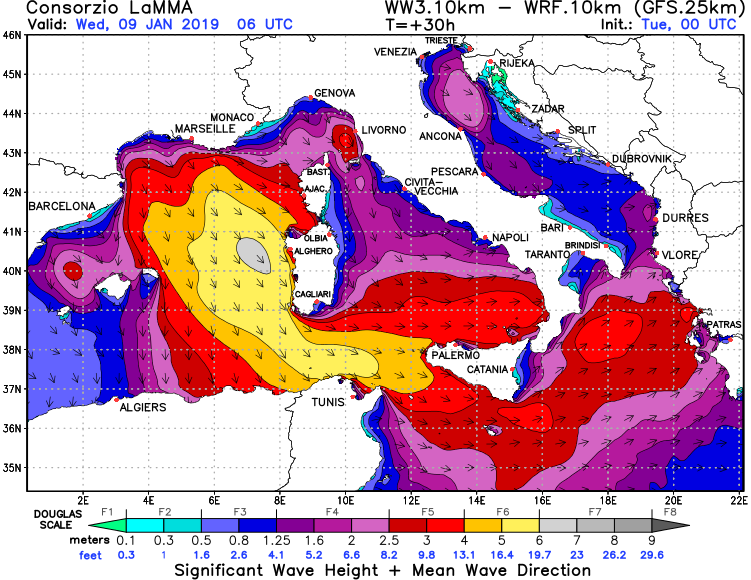 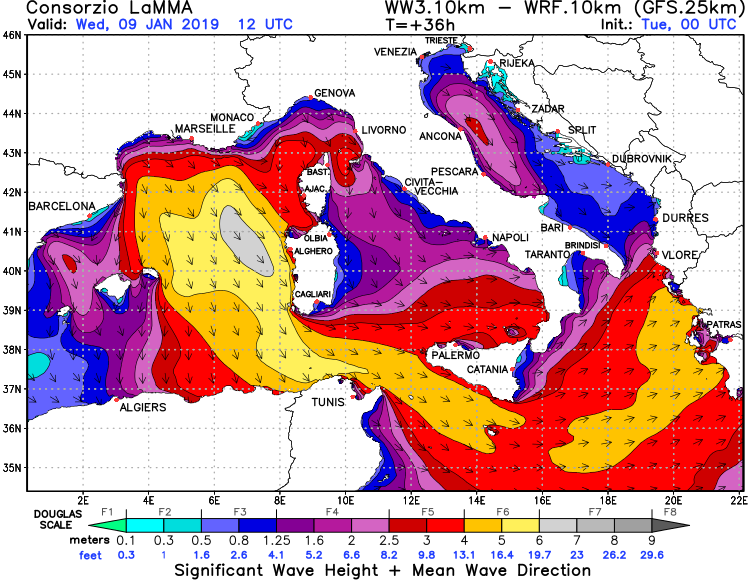 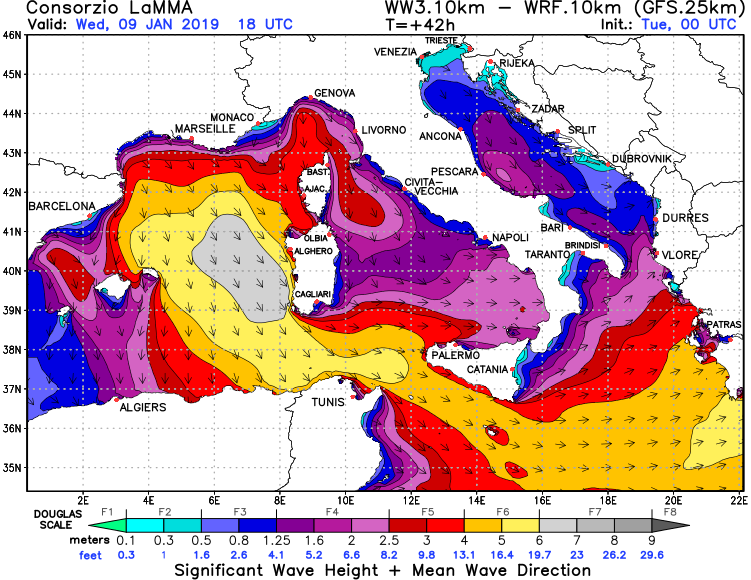 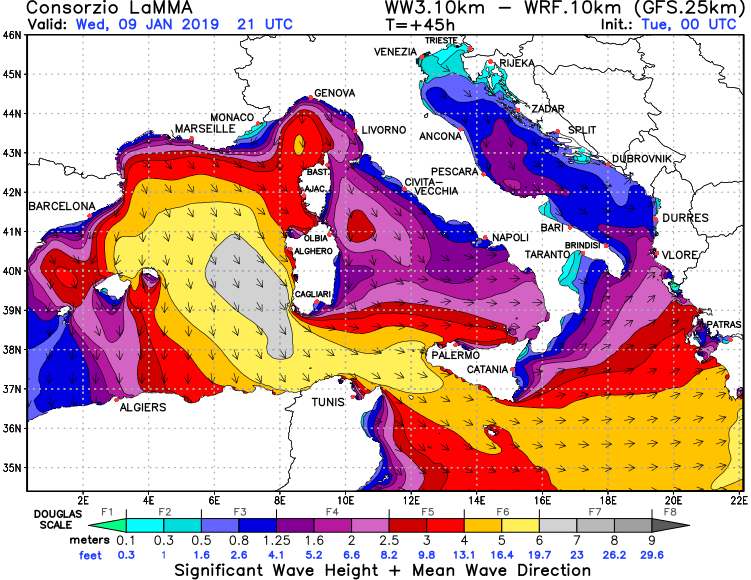 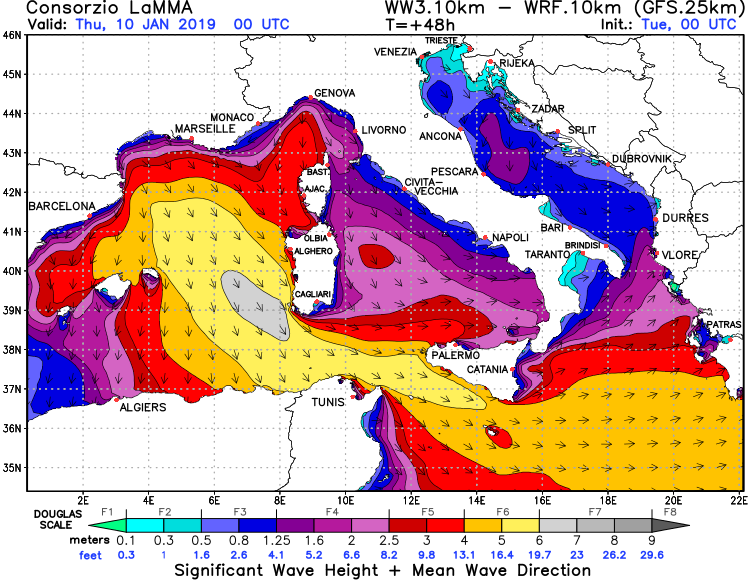 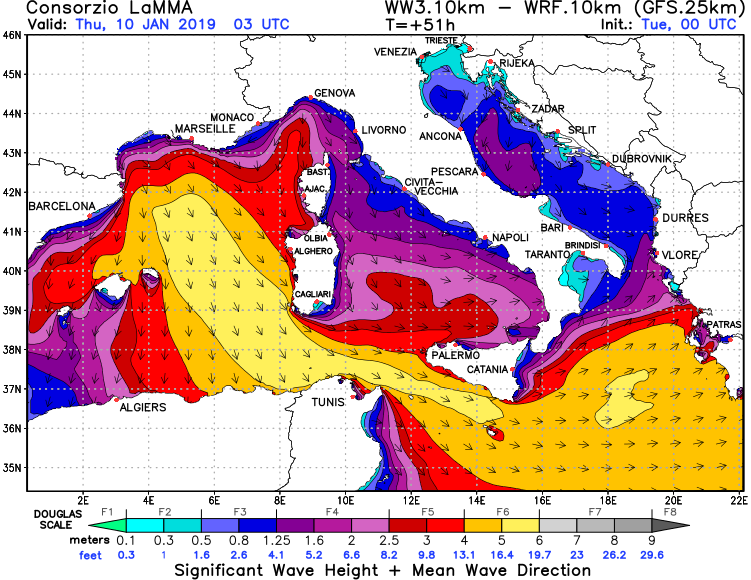 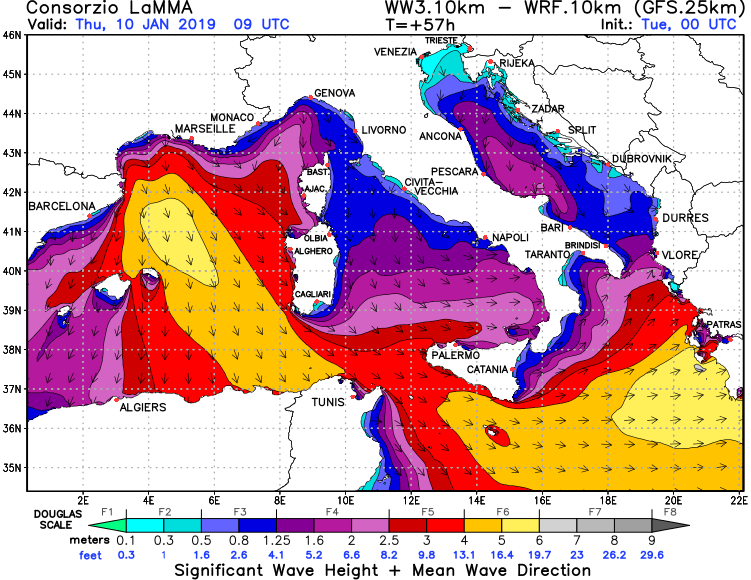 Significant wave height across the western half of the Mediterranean from Tuesday evening to Thursday morning. Map: Consorzio LaMMA. 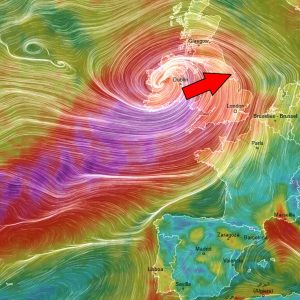 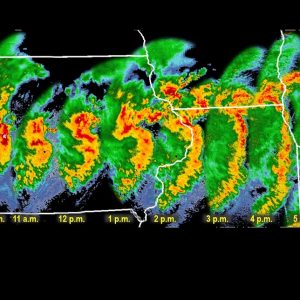