The extensive ridge across east-central Europe is getting replaced by a very large trough over the Atlantic, gradually expanding into to western half of the European continent this weekend. This will result in two consecutive deep cyclones across the Alps and northern Mediterranean, delivering a huge amount of rainfall (200-300 mm) and extreme snowfall (150+ cm over the west-central Alps) with significantly enhanced flooding threat, as well as avalanche threat in the Alps.

The first wave and an associated frontal system is entering the western Alps and NW Italy tonight, with a cyclone forming over north Italy and moving across the Adriatic sea towards the western Balkans tomorrow, Saturday, Dec 21st. A very large system brings a strong southwesterly jet stream, providing large scale lift and shear over the region. Warm advection in the lowest levels will also enhance instability, first over the Ligurian Bay in the morning and later on over the Adriatic sea tomorrow afternoon, supporting convective storms and potentially also some severe storms with severe winds, torrential rainfall and tornado threat. Heavy rainfall is expected, locally enhancing flooding threat due to training-cells effect and rainfall persisting across the same areas for a longer period of time. 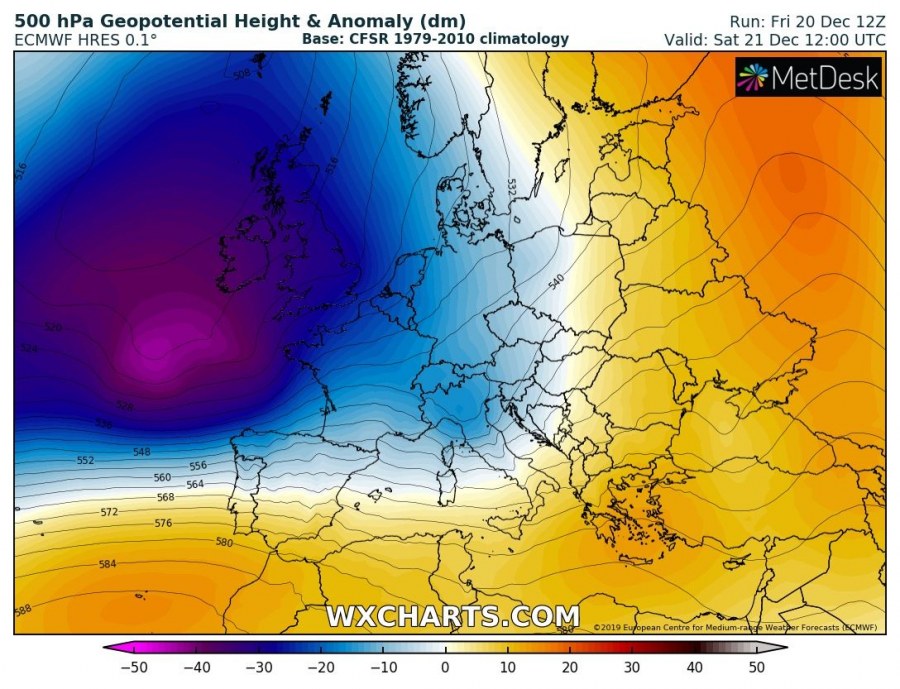 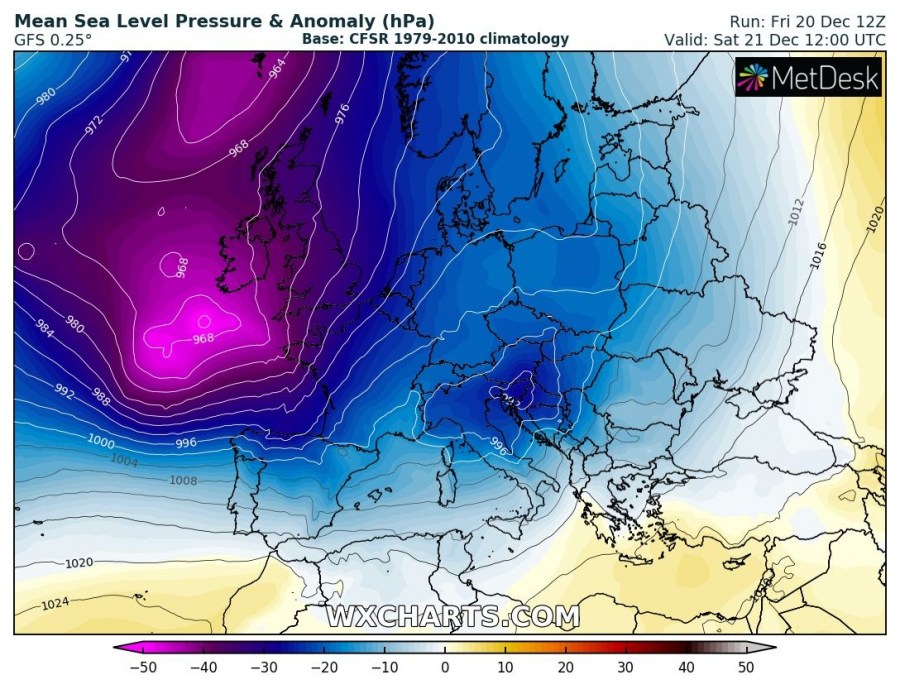 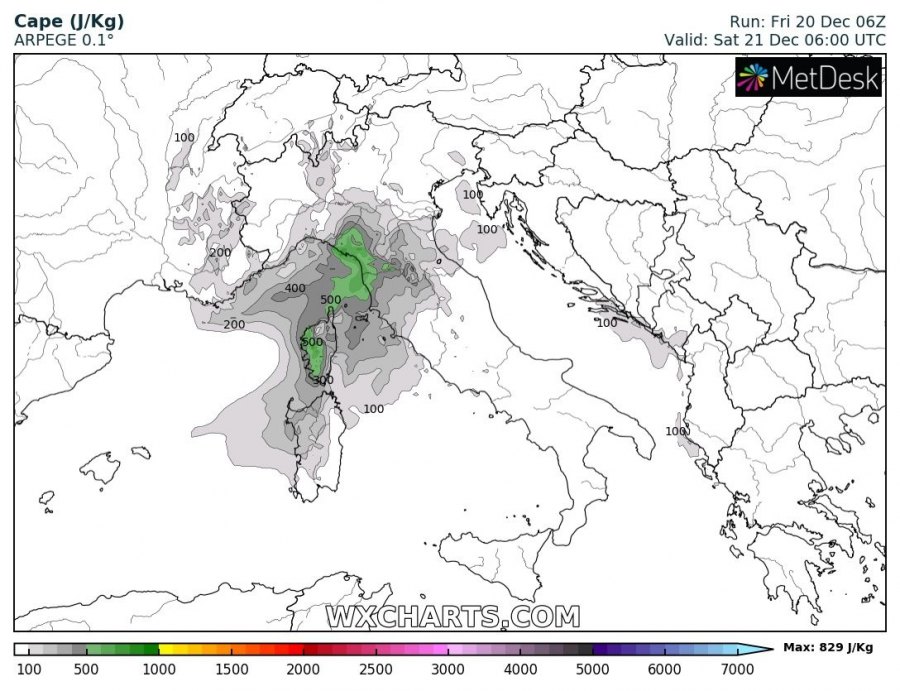 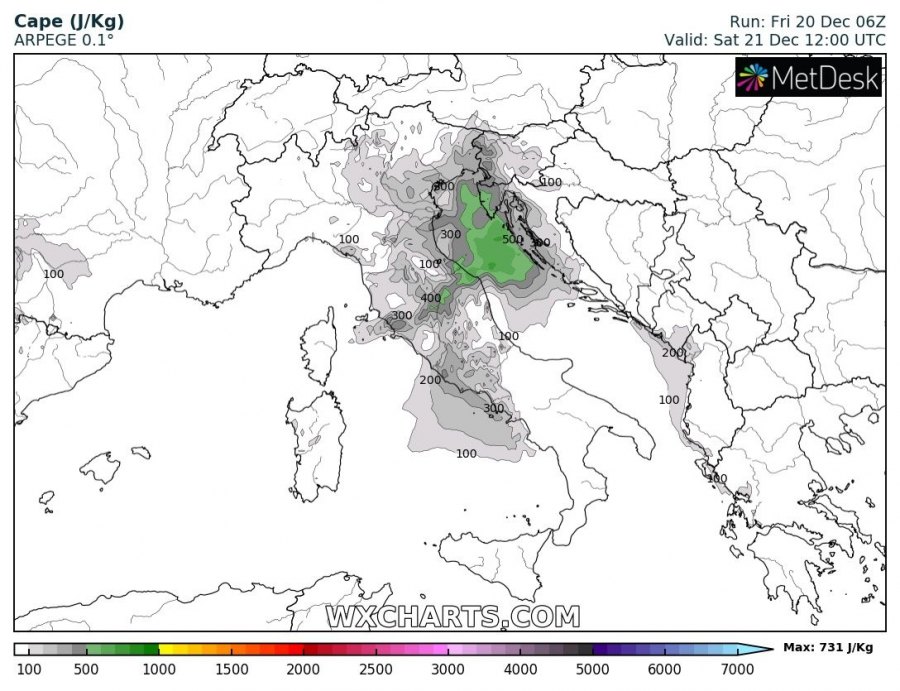 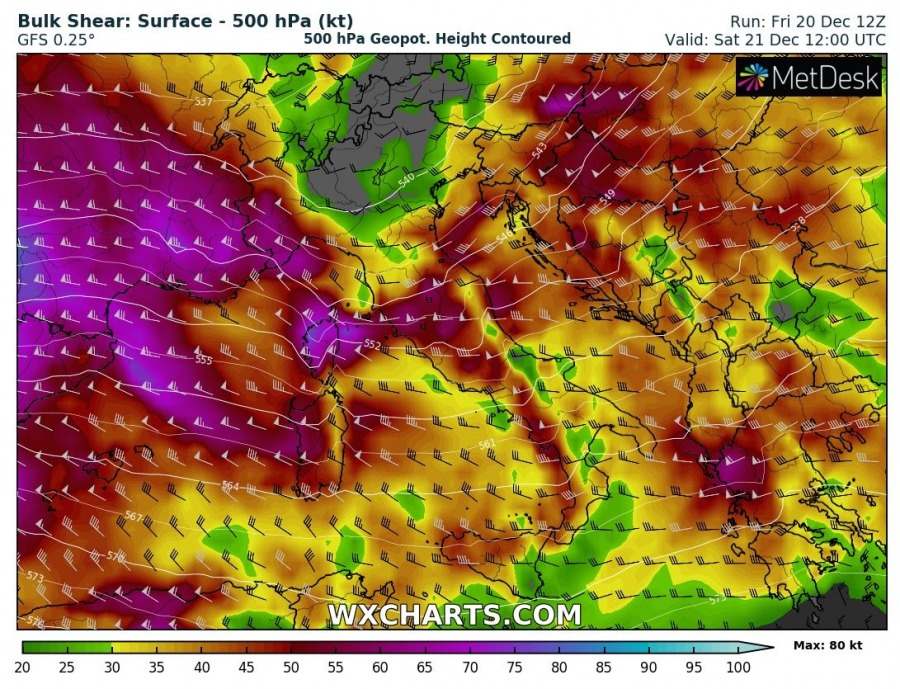 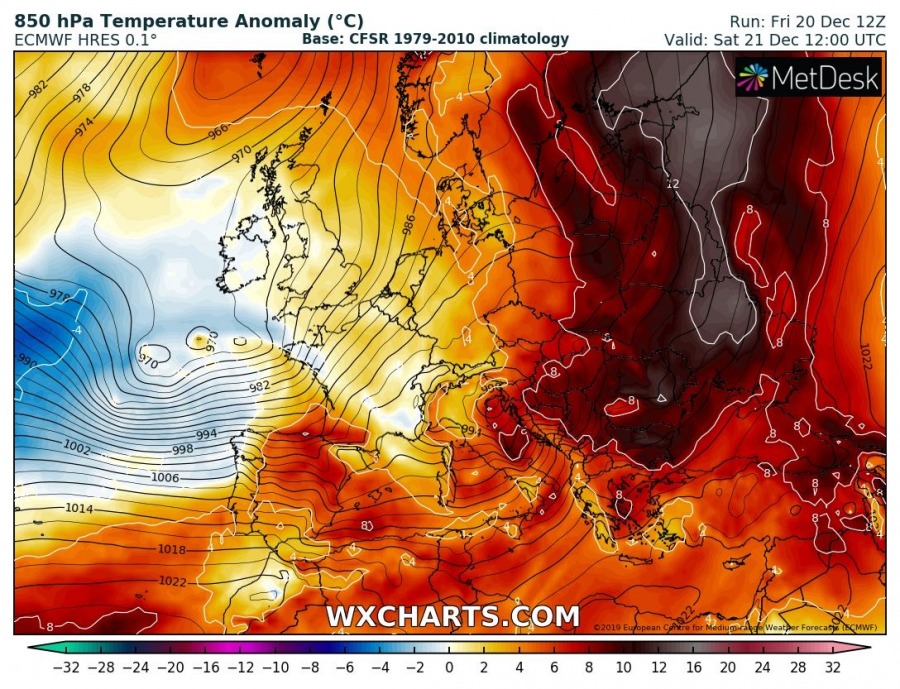 The second wave arrives into the north Mediterranean on early Sunday, where another Genoa low develops over north Italy and start a new period of intense rainfall and snowfall in the Alps. Storms are also likely again as strong warm advection re-develops from the Mediterranean. Severe storms are possible to develop along the Adriatic where higher instability will develop, supporting severe winds, flash floods and tornado threats through the afternoon and overnight hours to Monday. The rainfall event will start over the North Italy and NW Balkans, gradually moving southeast through Sunday and continue over S Balkans and Greece towards Monday. 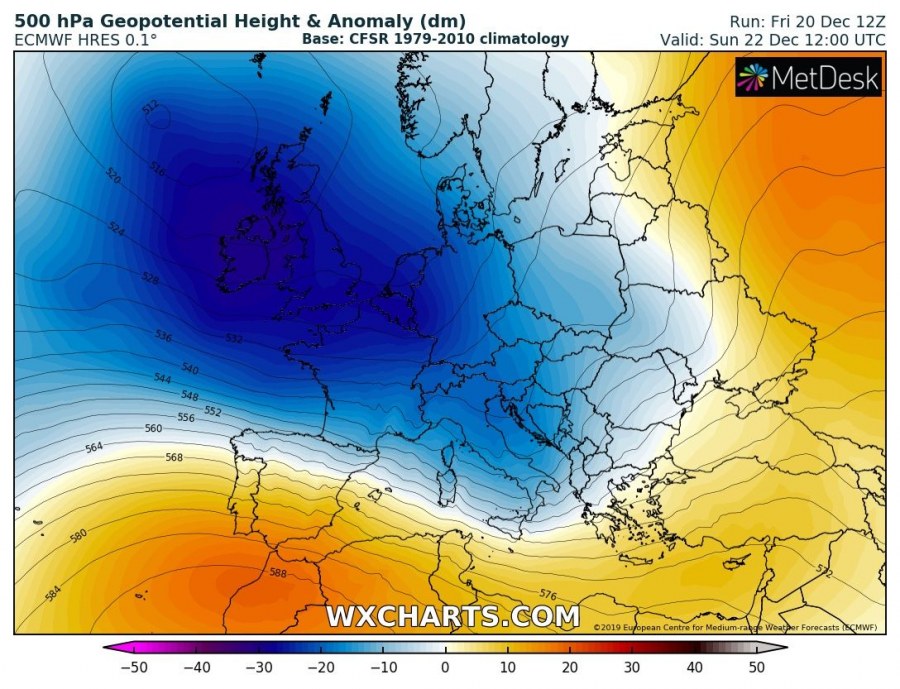 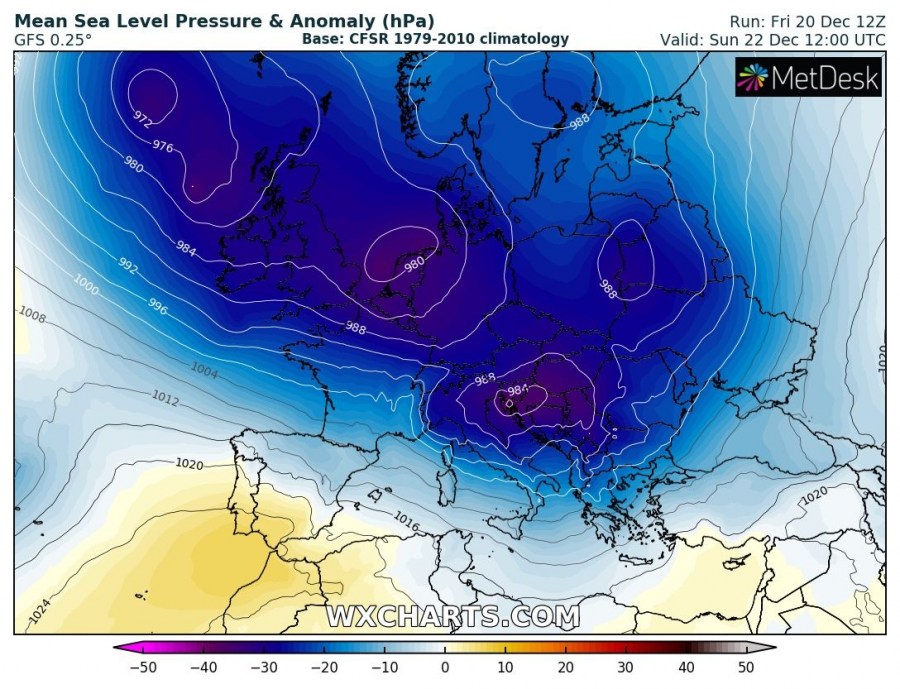 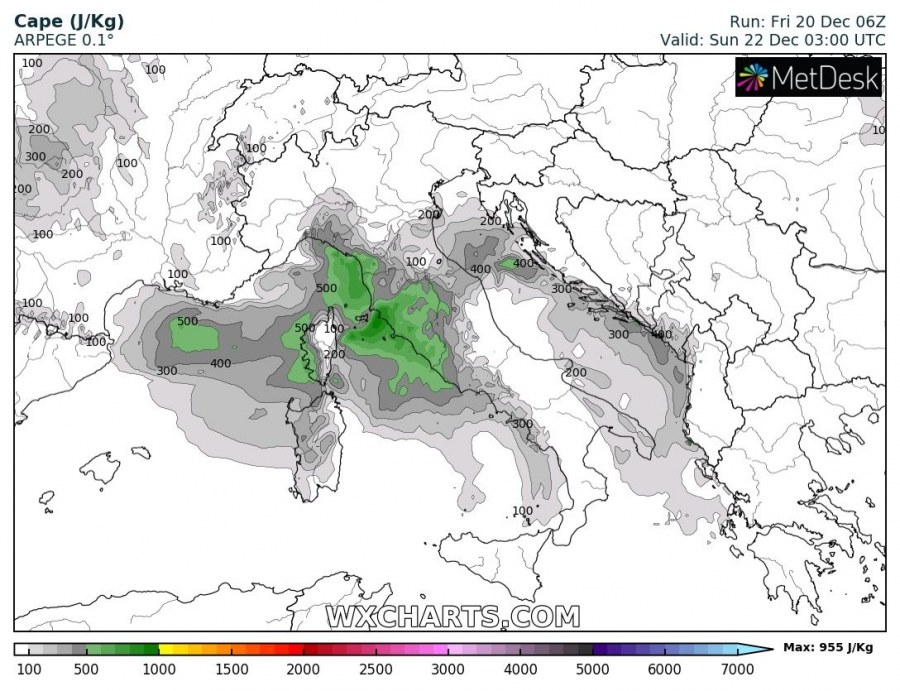 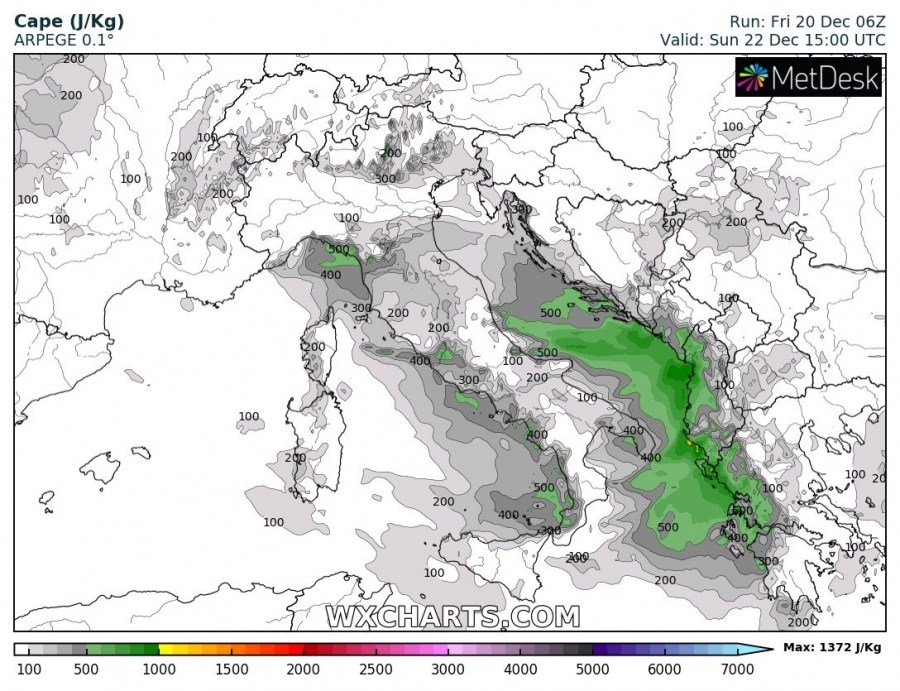 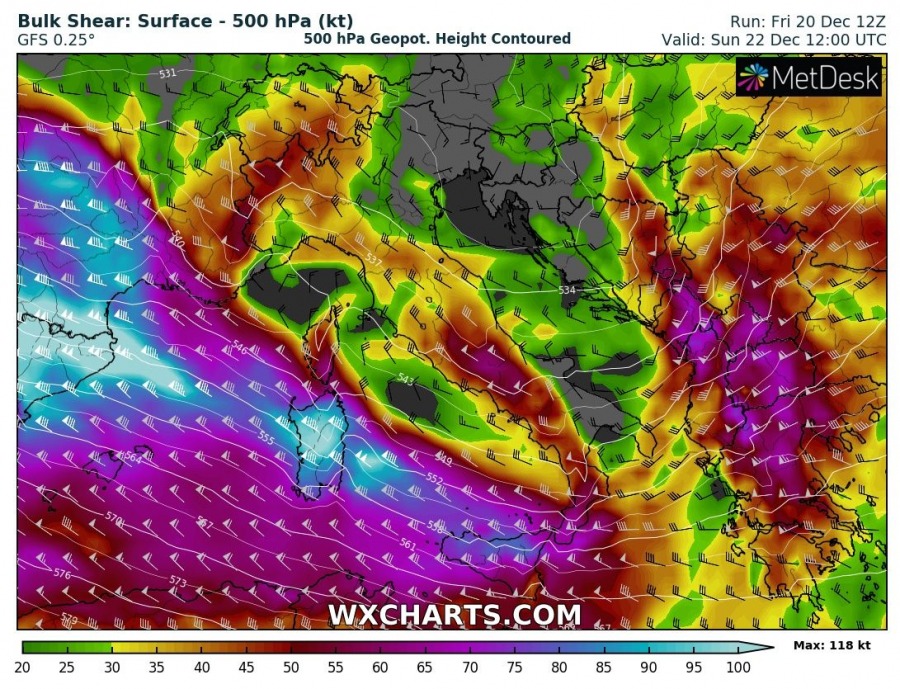 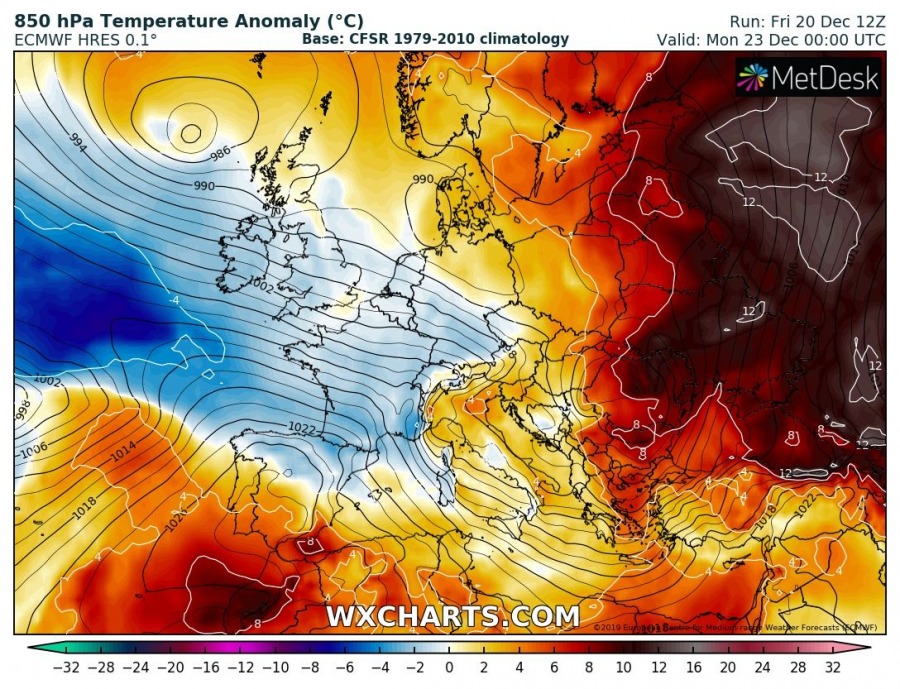 The highest rainfall sums, resulting from both strong orographic and convective rainfall, are expected over the mountain ranges, e.g. the western Alps, the north Apennines and WNW Dinarides where 200-300 mm of rainfall is likely until Monday, even more locally. 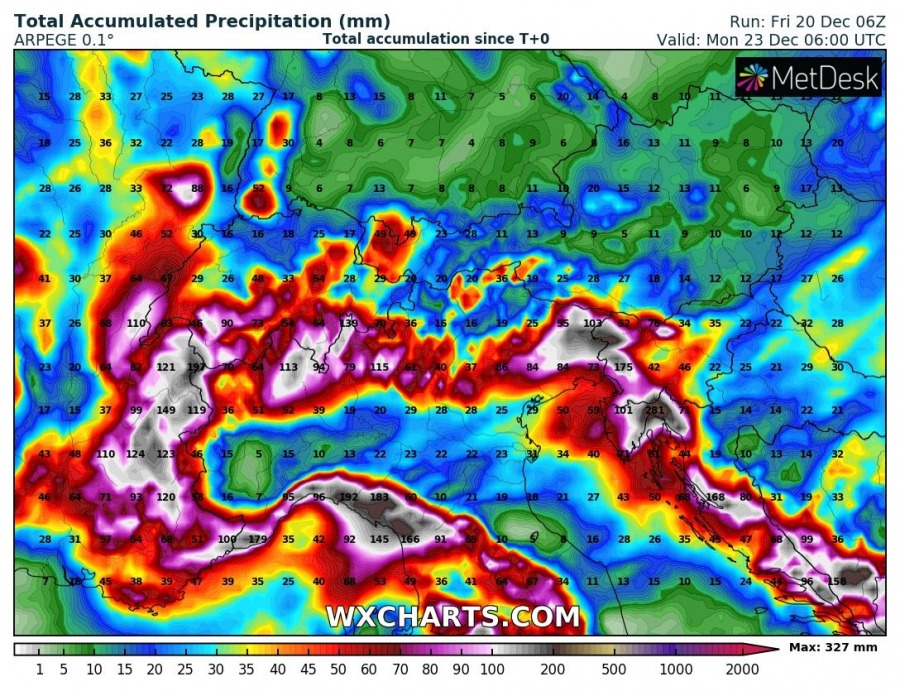 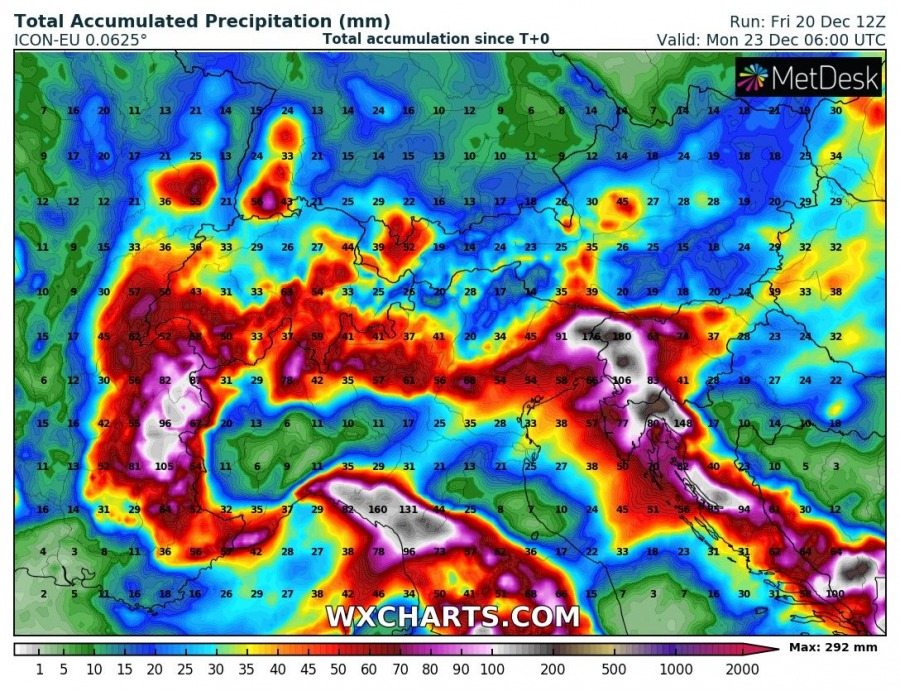 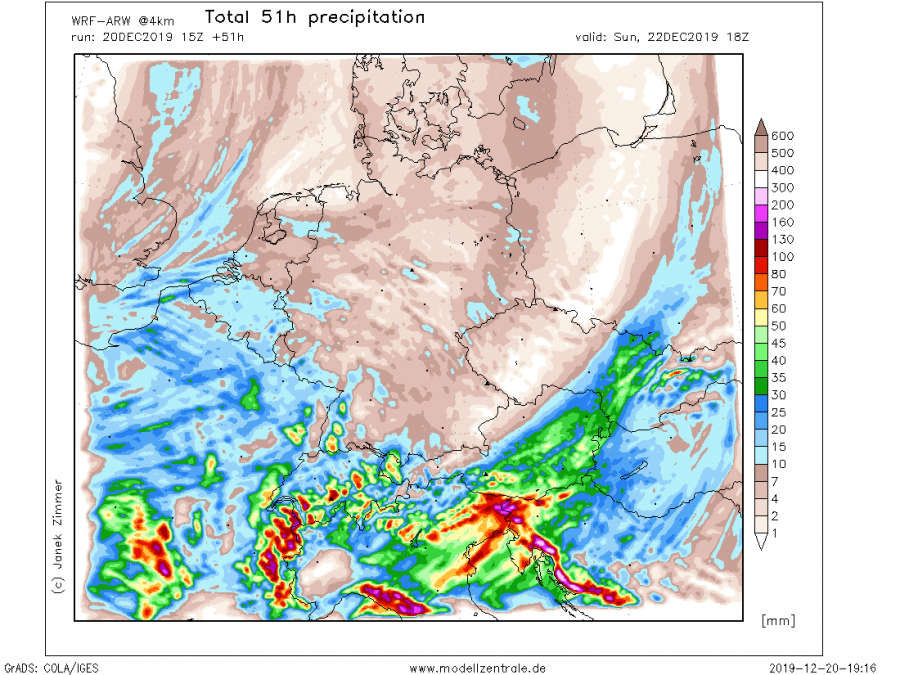 Here is an overview of rainfall sums across the Mediterranean, indicating strongly orographic rainfall is expected along the whole mountain range of Apennines and Dinarides across W Balkans. Huge amounts of rain are also likely across Corsica. Some classic locations will receive up to around 300+ mm of rain, possibly even more in the favorite spot e.g. mountainous Montenegro where potential exists for up to around 500 mm of rainfall until Monday. 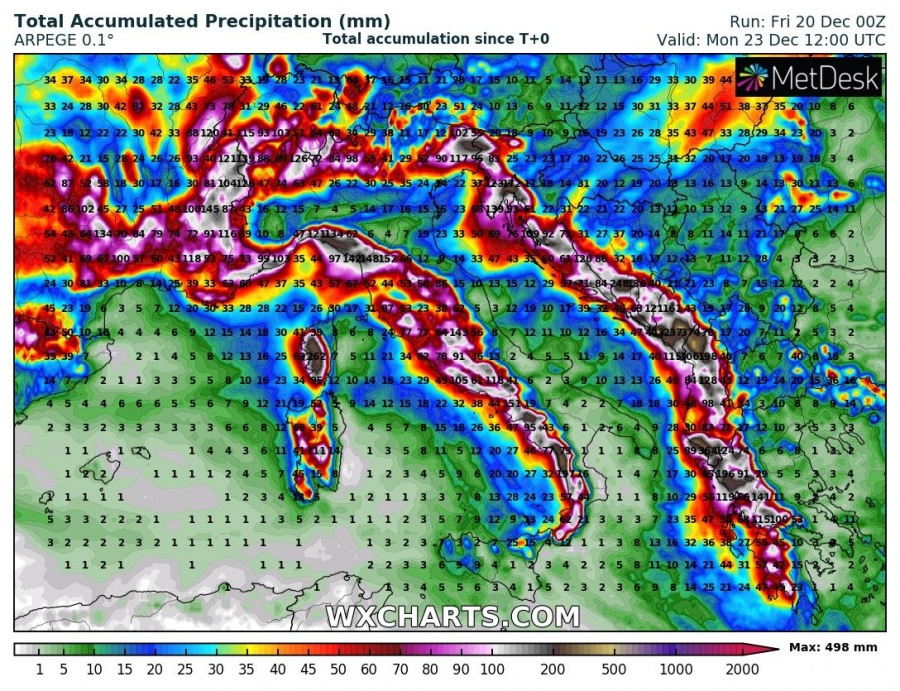 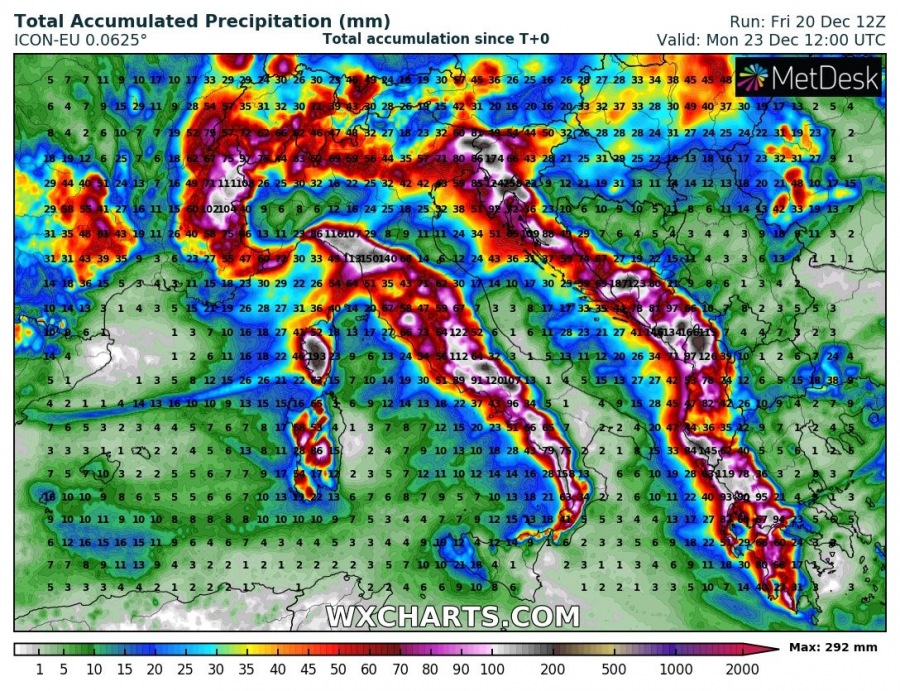 A persisting SW flow and cold temperatures in the higher Alps will support an intense orographic snowfall, especially over the west-central Alps on both systems, therefore resulting in an excessive amount of snow in some areas. Snowline will be lower during the second system as some cold advection will overspread the Alps after the first wave. Models are in fairly good agreement in a major snowfall event, locally bringing more than 150 cm of fresh snow by Monday morning, Dec 23rd! 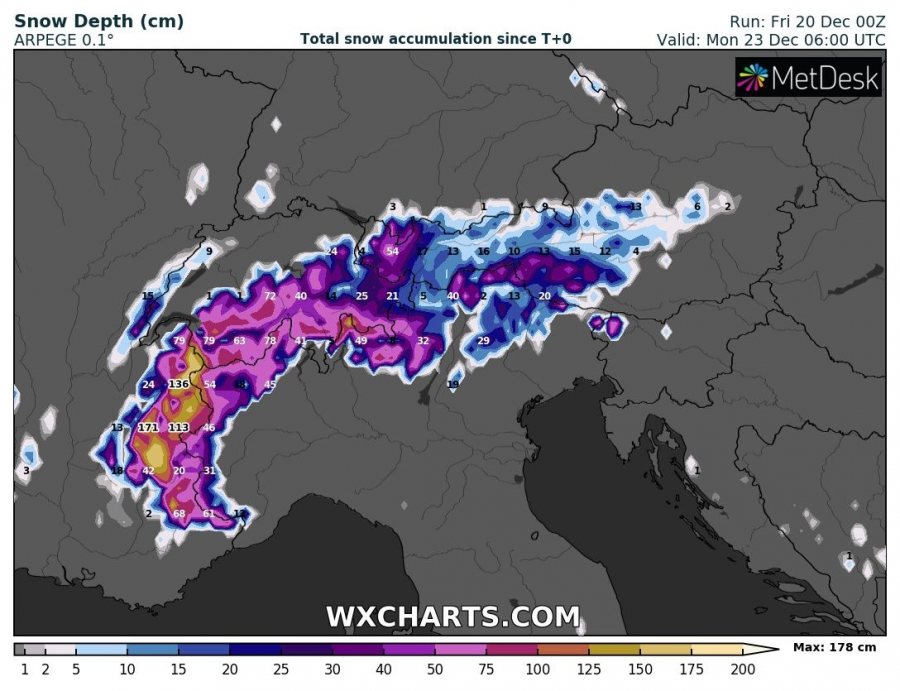 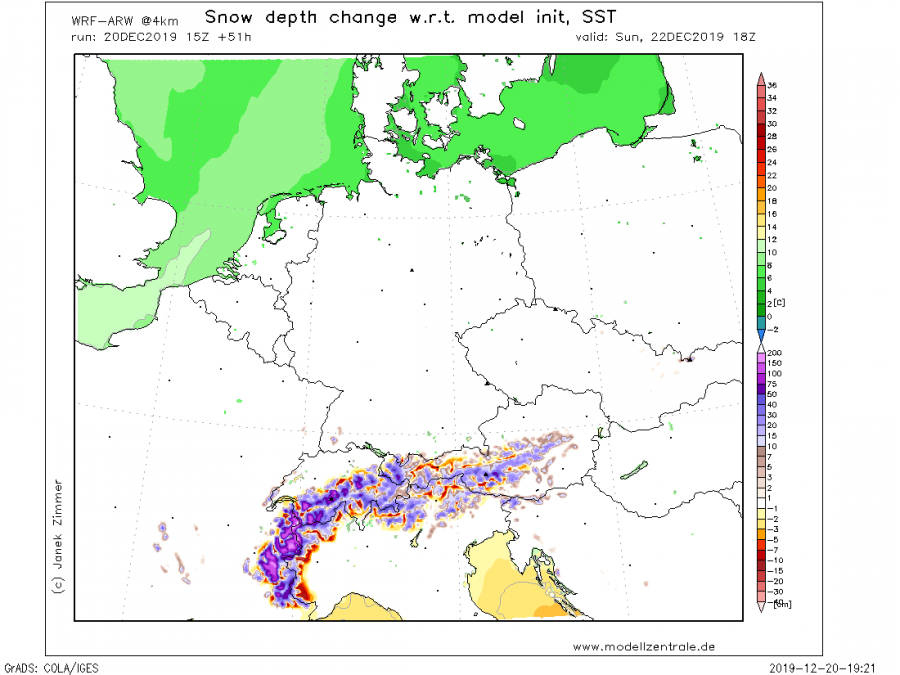 Stay alert for dangerous weather conditions with enhancing flooding and avalanche potential, as well as severe storms over the Ligurian and Adriatic seas.