Here is Saturday’s update on the now very large low-pressure system over the North Atlantic. Its core brings a lot of cold maritime air mass over the region and towards western Europe. With the tightening pressure gradient, the system is expected to push severe winds and high swell towards Ireland, UK, and France tomorrow (Sunday).

This evening, a broad cyclonic circulation with embedded surface lows is centered between Iceland and the UK, with a strengthening pressure field to the west of Ireland. The wind field is intensifying. 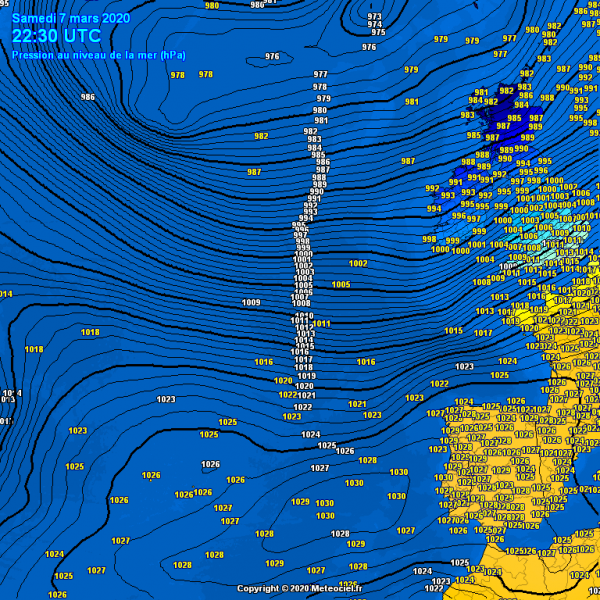 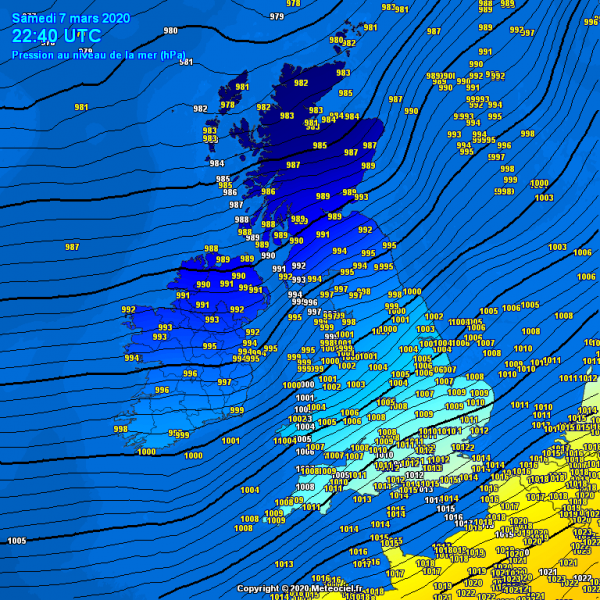 The system is gradually moving east and should slide further south into western Europe as well on Sunday. This will result in stronger winds and high waves/swell. 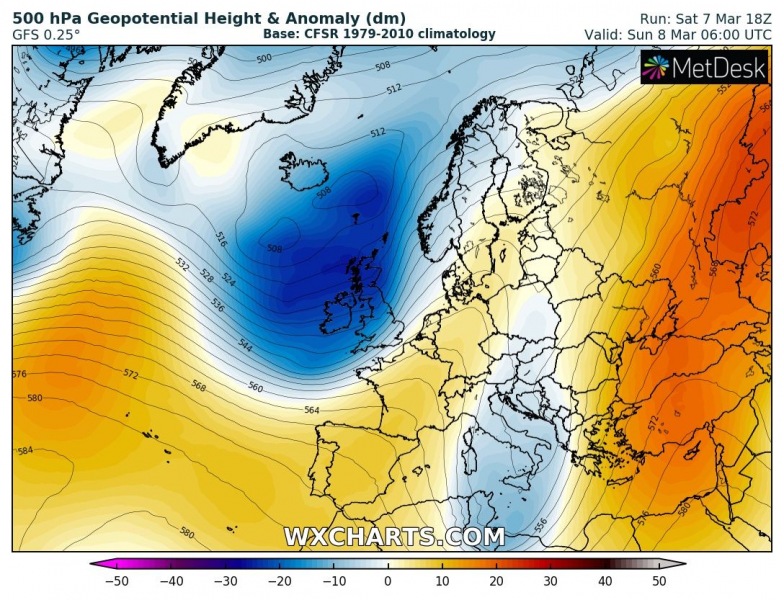 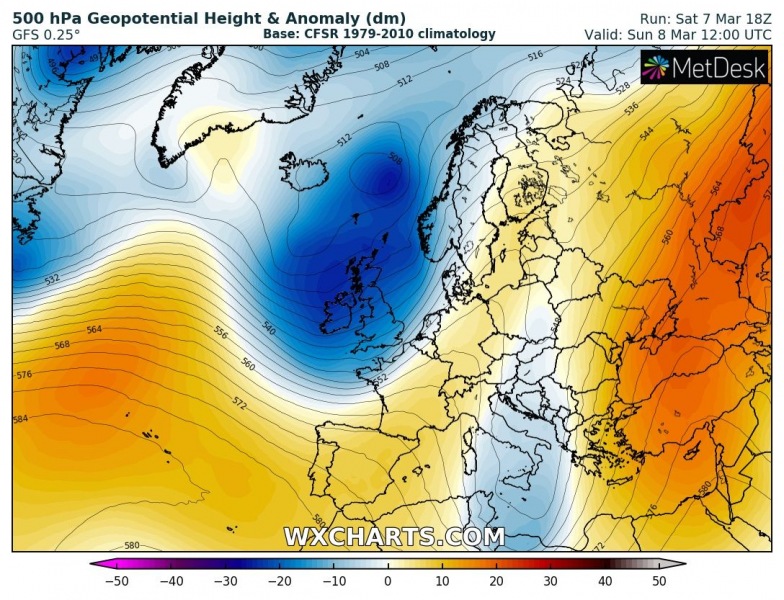 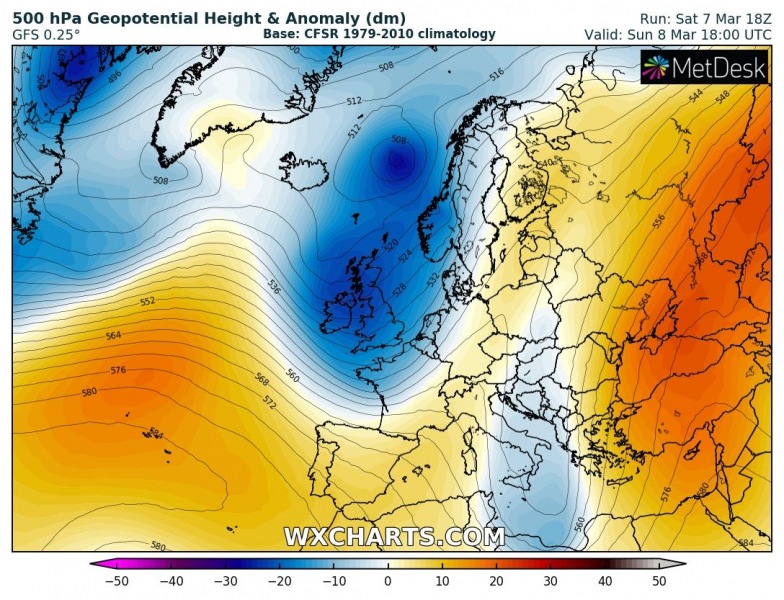 Satellite imagery reveal that the system is now dominating much of Europe, the cyclonic circulation is broad. Affecting both Iceland and western Europe. The cold front is moving across the UK this evening. A lot of cold maritime airmass is spreading from the Labrador Sea, gradually expanding towards western Europe: 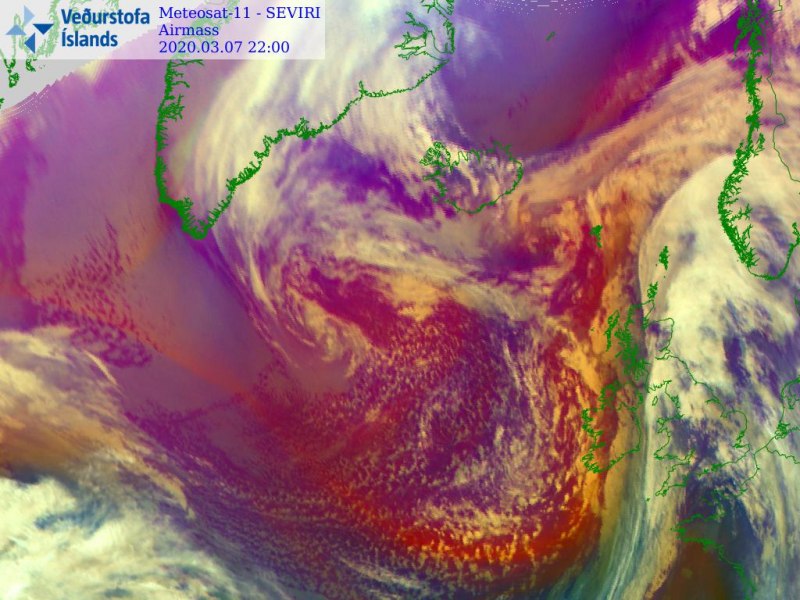 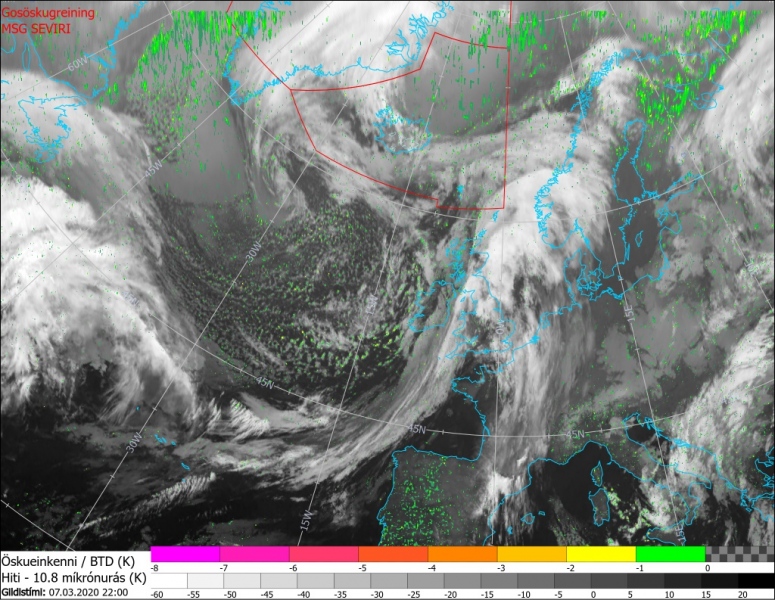 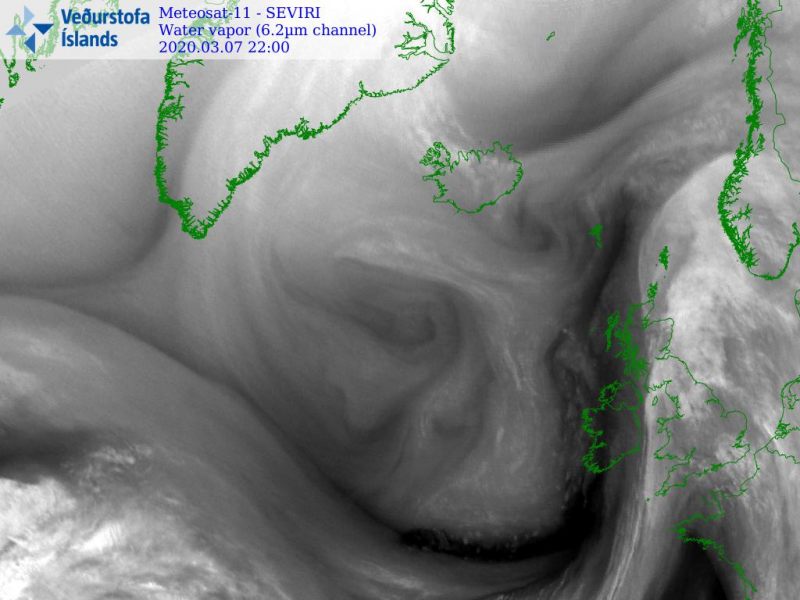 As the system is very large, its wind field is not particularly intense, but some severe winds are indeed likely across parts of the Bay of Biscay, western Ireland and indeed over the higher terrain of Wales, Ireland, Northern Ireland and Scotland: 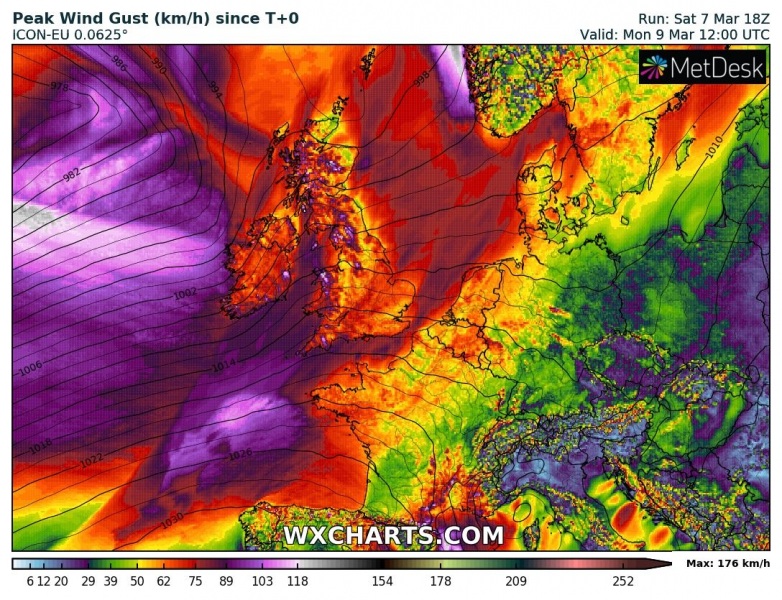 The main effect of this large system’s wind field will be high waves and swell, gradually spreading towards Ireland, Northern Ireland, Scotland and France on Sunday. The highest waves should reach around 35 feet. 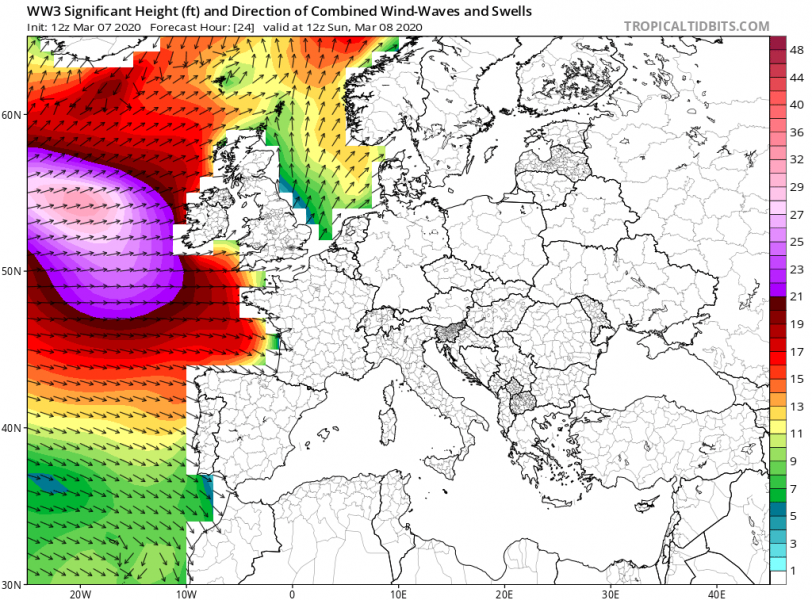 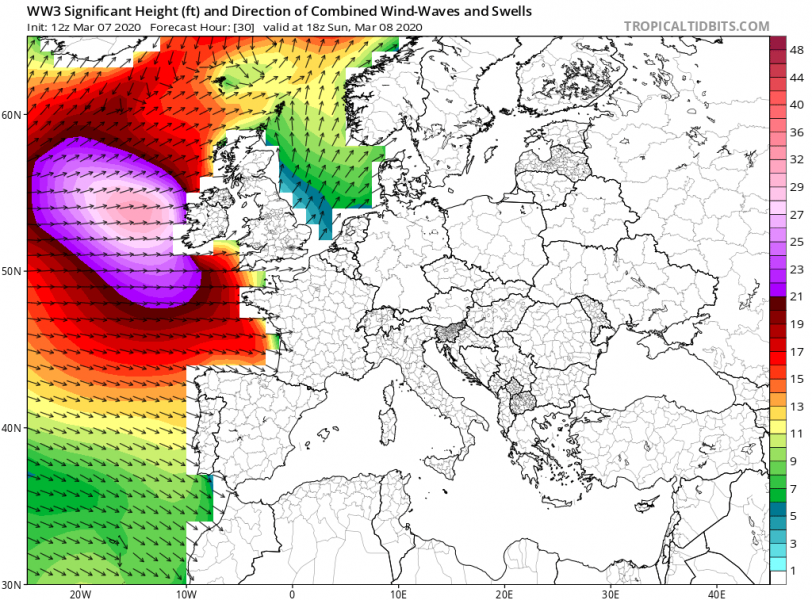 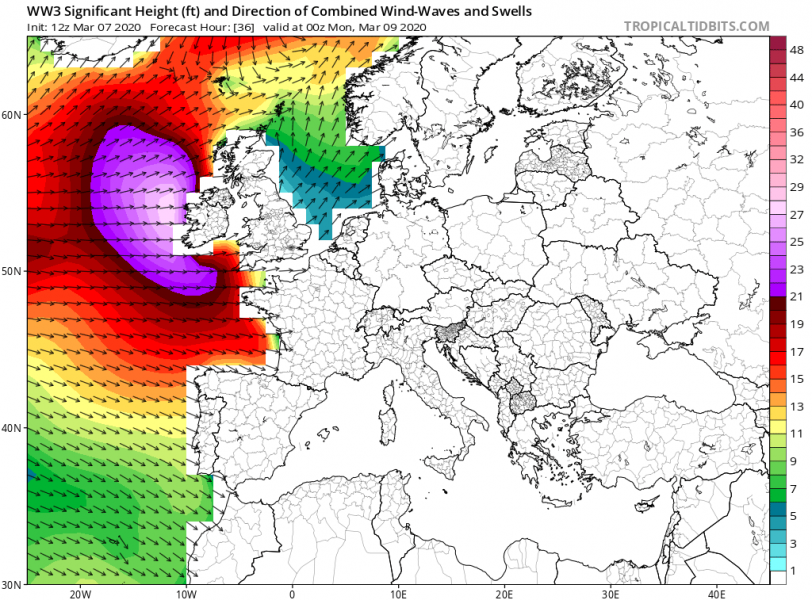 Rainfall amount should not be too excessive, but any additional rain over the already bad flooding conditions can worsen the situation locally. Here is the expected amount of rain until Monday morning: 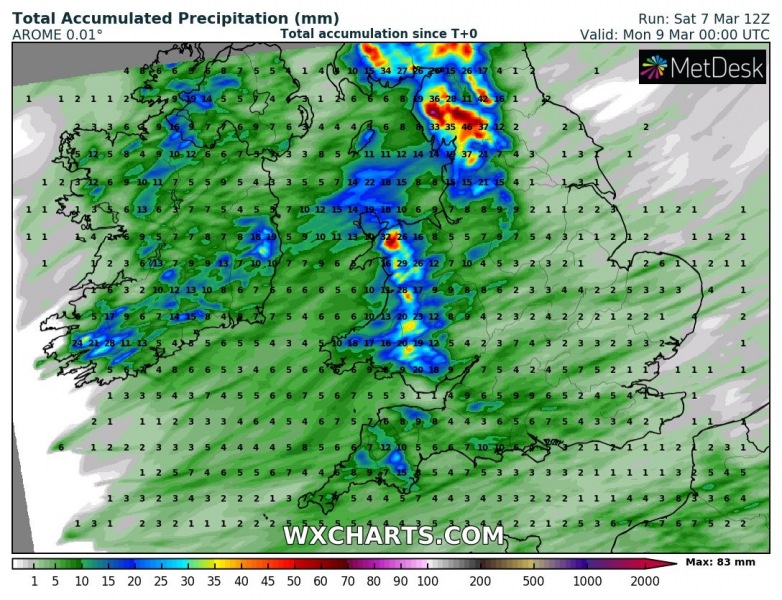 A very large North Atlantic depression this weekend. Then a dynamic Atlantic should enhance flooding threat and wind/swell across Ireland & UK into next week

Another impressive system is moving across the Northwest Atlantic: