A new deep trough pushes across Europe and brings a new round of snowfall for large parts of the Alps. Quite significant amounts of snow are expected. We take a closer look. 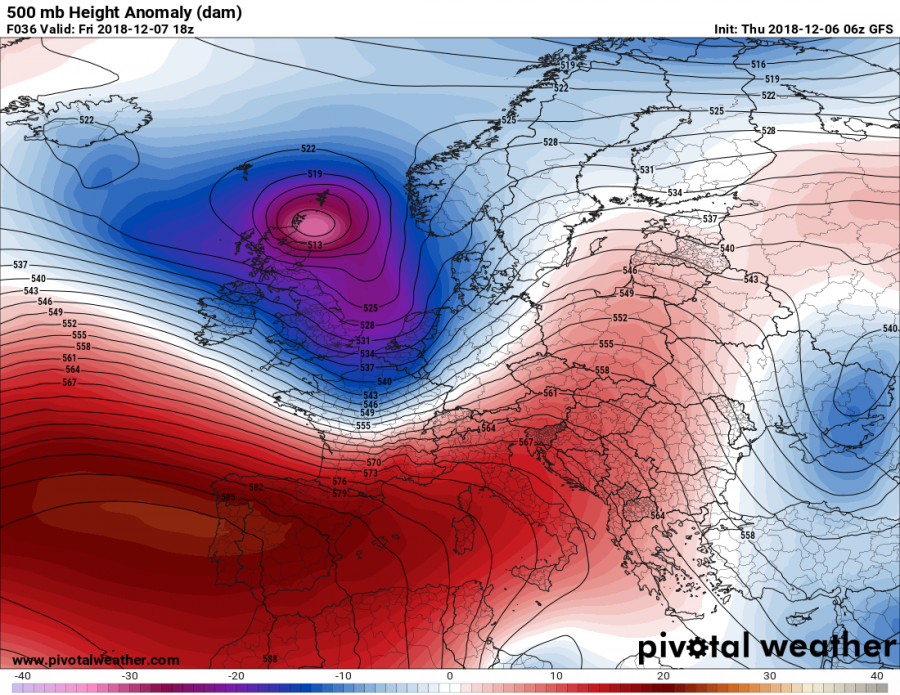 A deep and very sharp trough pushes into central Europe and the Alpine region from the west, pushing colder Atlantic maritime airmass into the region with severe straight line winds expected along the sharp cold front.

Temperatures will drop to 0 °C at about 1000 m elevation, possibly even somewhat lower. 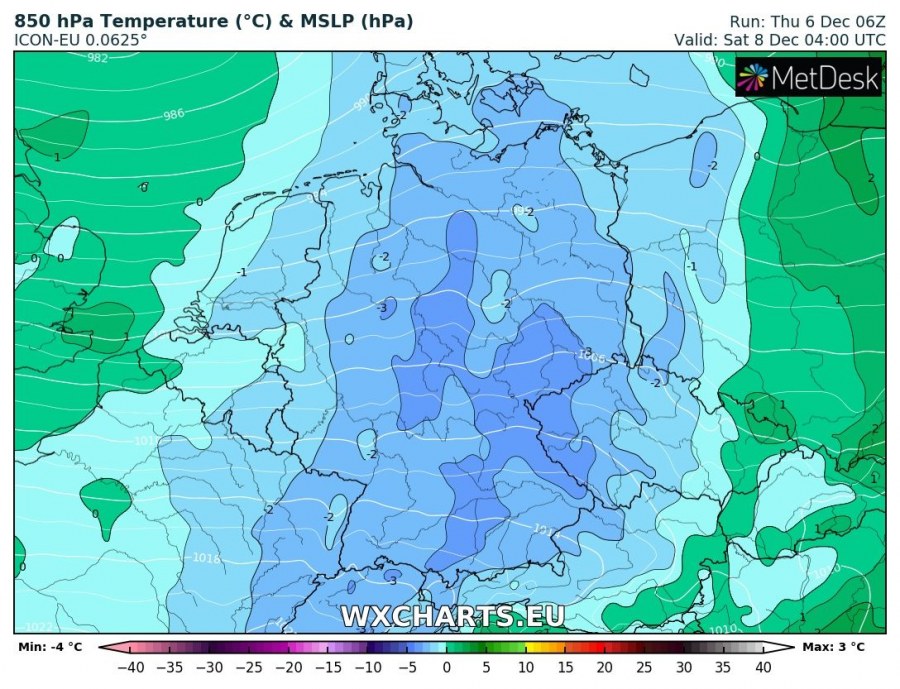 Strong stau effect snowfall is expected along western and northern Alps where very significant amounts of snow are expected: up to 100-150 cm of fresh snow is expected at high elevations in western, northern and central Alps by early Monday next week. Up to 50 cm or so is expected acros the eastern-central Alps of W-CNTRL Austria. Some snowfall is also possible in the lower elevation regions of southern Germany, Switzerland and the Czech Republic. Also expect some snow at higher elevations in the Dinarides of W Slovenia, Croatia and Bosnia and Herzegovina. Consult the maps below for more details. 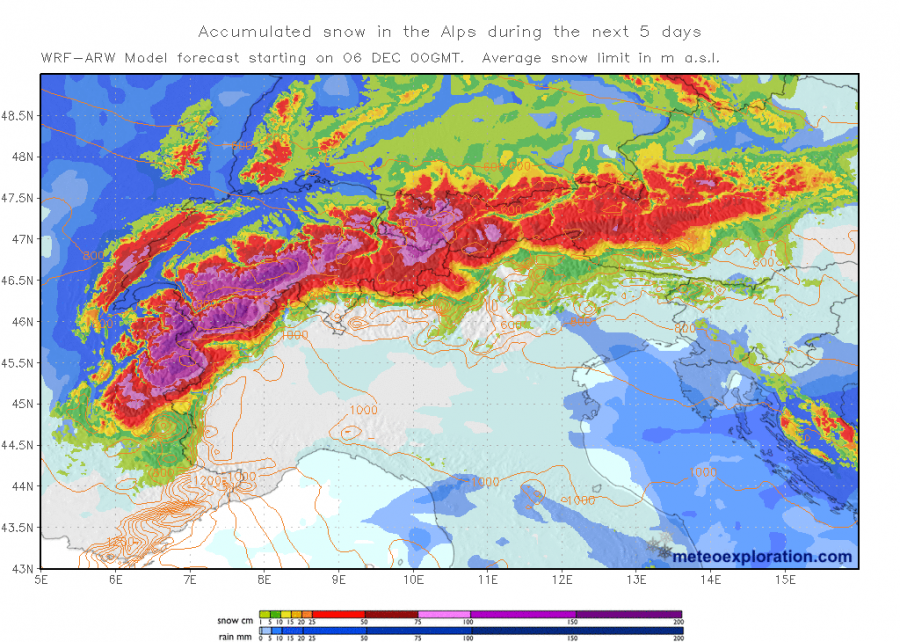 Total snowfall across the Alps in the next 5 days. Map: Meteoexploration.