Further torrential rainfall is likely in parts of the western Mediterranean in the next few days as the old cutoff upper low over the central Mediterranean slowly moves westward and a new cutoff low ejects from a trough over the Atlantic into the Iberian peninsula. Further intense flooding is possible. 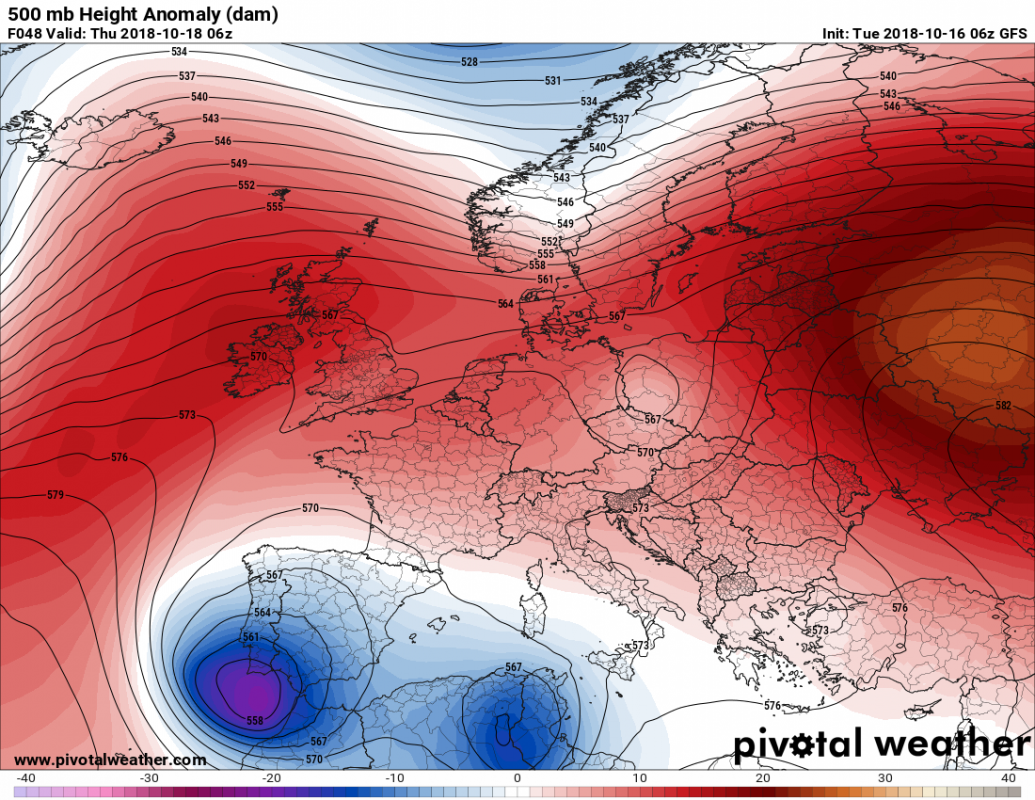 Current high-resolution model runs indicate major rainfall over parts of eastern Spain from Thursday to Saturday. Lesser, but still significant rainfall along the coasts of Sardinia and Corsica, likely also over parts of Sicily and Malta. North Algeria and Tunisia will likely get some significant rainfall too. All of these regions will be under the effect of a smaller, shallower cutoff upper low over NE Algeria. 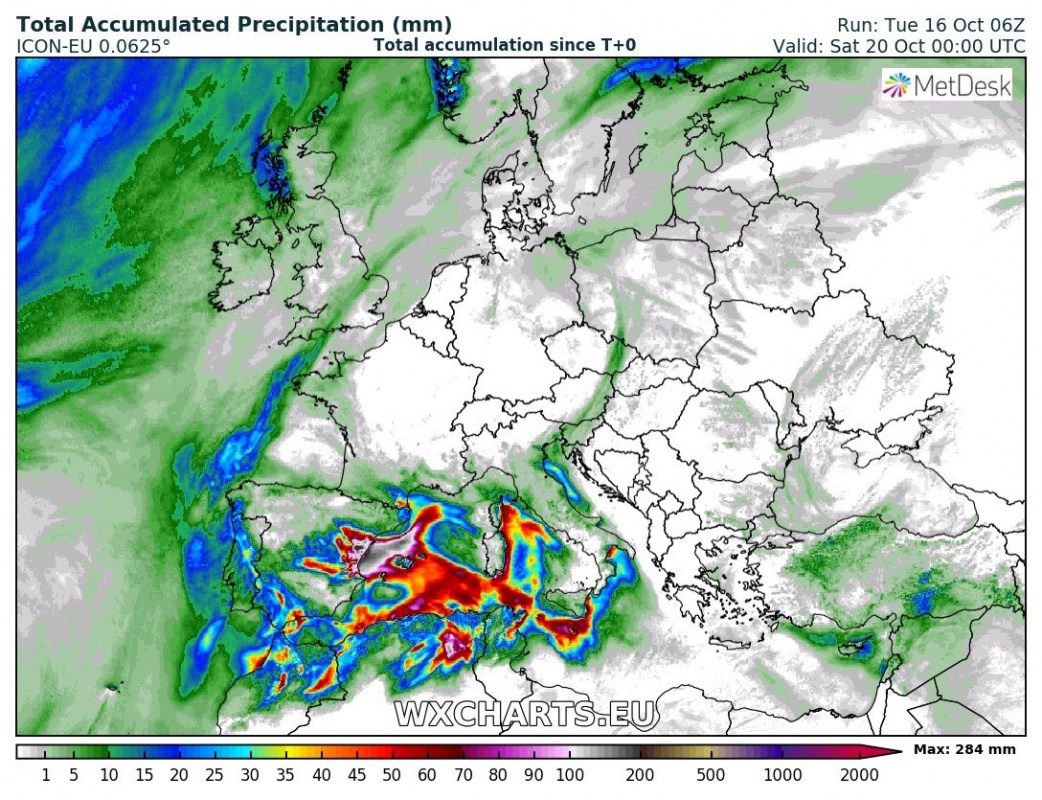 By far the most significant rainfall is expected in eastern Spain. Locally up to 200-300 mm are currently indicated between late Thursday and early Saturday! Should this pattern and totals verify, a new round of intense and dangerous flash floods will happen. 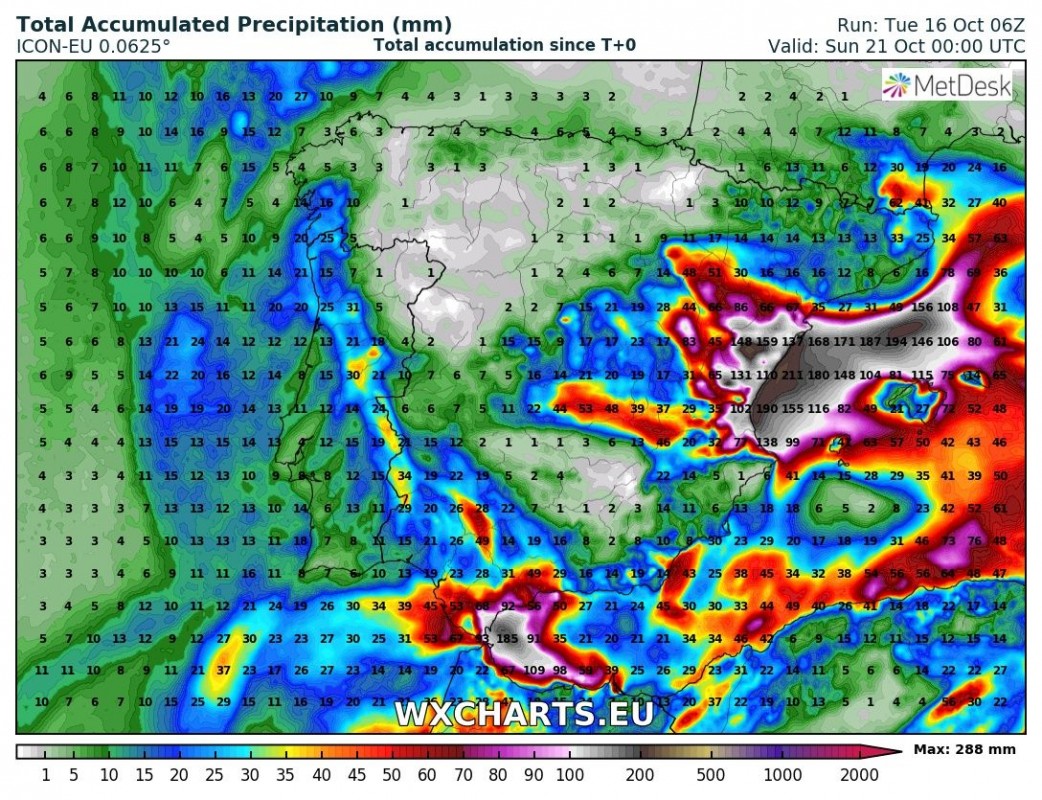 Rainfall totals across the Iberian peninsula by Sunday. Map: Wxcharts.eu

We will be monitoring the pattern and provide further updates.