Various models are in good agreement for a sharp pattern change starting late this weekend from N Europe spreading into east-central Europe and Balkan peninsula next week. An upper ridge will develop across western Europe and north Atlantic, blocking the zonal mild flow from the west while a deep trough / cyclones will be forming over Scandinavia and NW Russia. This will allow the establishment of meridional flow and advection of very cold airmass towards the Alps and Balkan peninsula. A period of much colder days than average seems increasingly likely. 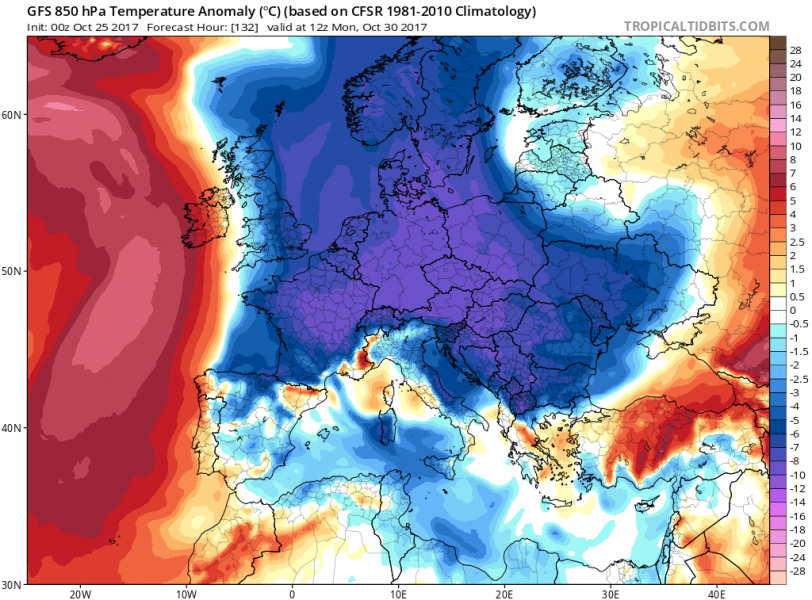 Temperature anomaly map of Europe for October 30. Blue hues represent colder weather than average, red hues warmer. Much of central Europe, including France, Germany, Austria, Czech Republic, Slovakia and Hungary as well as large parts of the Balkans / southeastern Europe will be up to 7-10 °C colder than average! Map: Tropcial Tidbits. 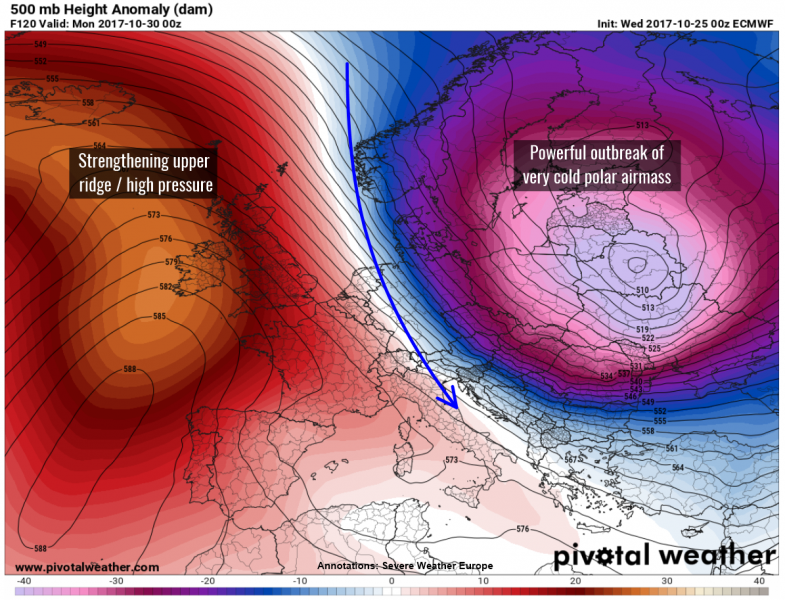 Stay tuned for further updates on the evolution of this cold blast!