A major outbreak of cold arctic airmass over much of Europe north of the Alps and well into southeastern Europe as far south as Greece is coming. 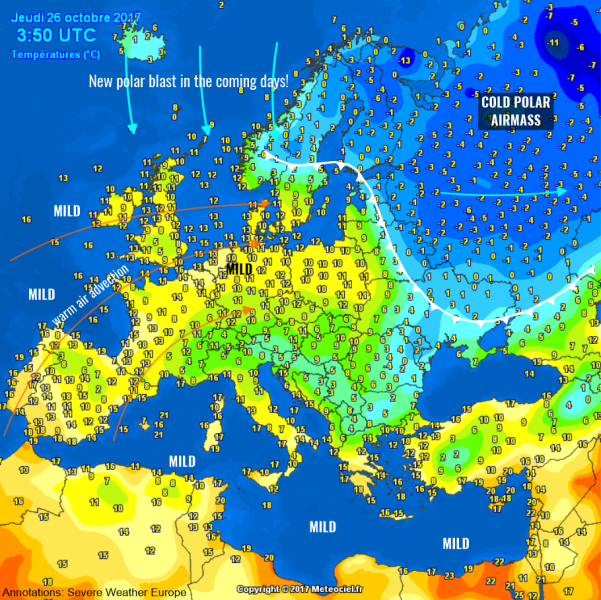 Temperature analysis across Europe this morning, October 26. Much of western Europe, including the Iberian Peninsula, France, BeNeLux, the British Isles and Ireland and southern Scandinavia is under the influence of warm air advection from the southwest. Meanwhile, cold airmass is present across northern Scandinavia and extreme eastern Europe, slowly moving eastwards. Cool morning temperatures under mostly clear skies across southeastern Europe. Map: Meteociel.fr.

Latest model guidance indicates three successive cold blasts from the north: the first, relatively weak one coming across N-CNTRL Europe tomorrow, the second, major one rapidly pushing across the northern Atlantic into NW and CNTRL Europe on Sunday and Monday and a third one following in the second half of next week. They will combine into an extended period of cool weather with temperatures well below average for this time, particularly for central, eastern and southeastern Europe for much of this weekend and most of next week. Expect locally frost and morning temperatures near zero or even below!

Also expect significant snowfall along the northern flanks of the Alps and Carpathians as persistent northerly flow results in stau effect. 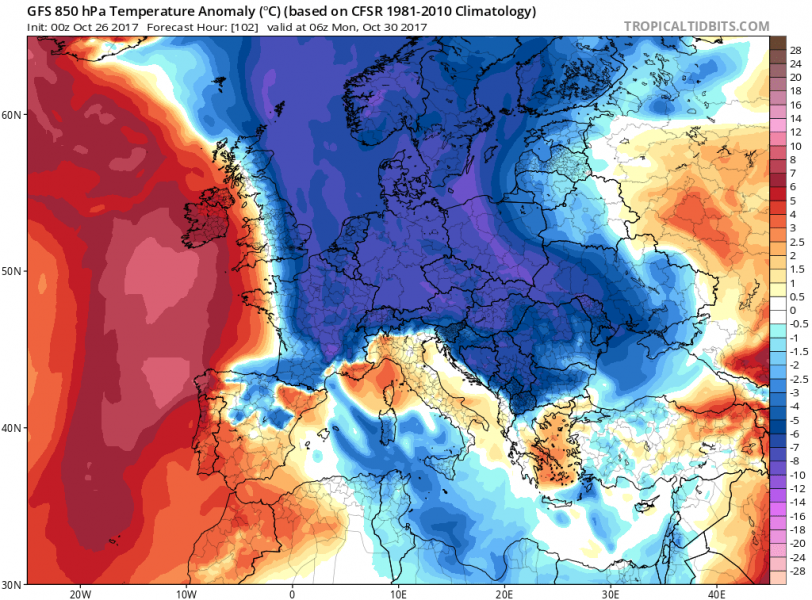 Temperature anomaly map of Europe for October 30. Blue and violet hues represent colder weather than average, orange and red hues warmer. Much of central Europe, including France, Germany, Austria, Czech Republic, Slovakia and Hungary as well as large parts of the Balkans / southeastern Europe will be up to 7-10 °C colder than average! Map indicates air temperature at 850 mbar level. Map: Tropcial Tidbits. 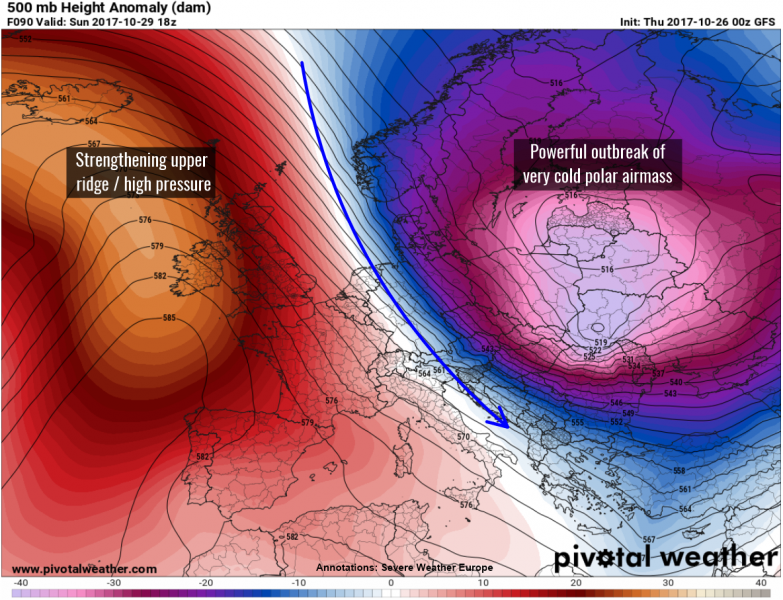