The first serious autumn pattern is establishing over the Alps this weekend as major rainfall event is expected. Locally, more than 300-400 mm seems increasingly likely until Monday evening. This is a textbook pattern for an intense and excessive rainfall with huge amounts of rainfall over the Alps.

The overall pattern has established a strong ridging over the Mediterranean, the Balkan peninsula and the E Europe while a deep trough has been pushed into SW Europe. In between, a powerful SW-erly jet stream is resulting in strong moisture and temperature advection from the western Mediterranean towards the Alpine region. 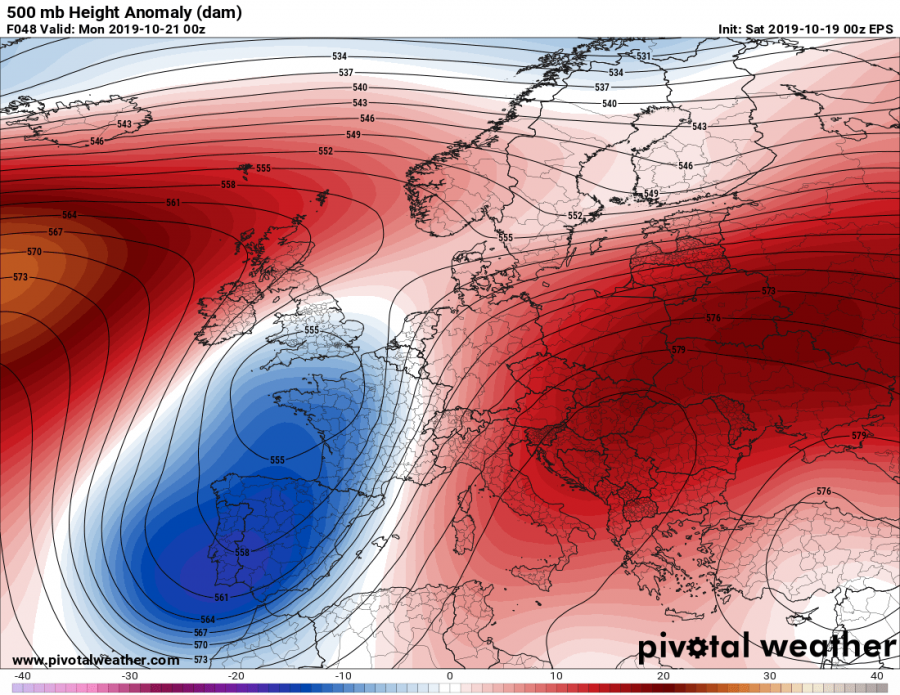 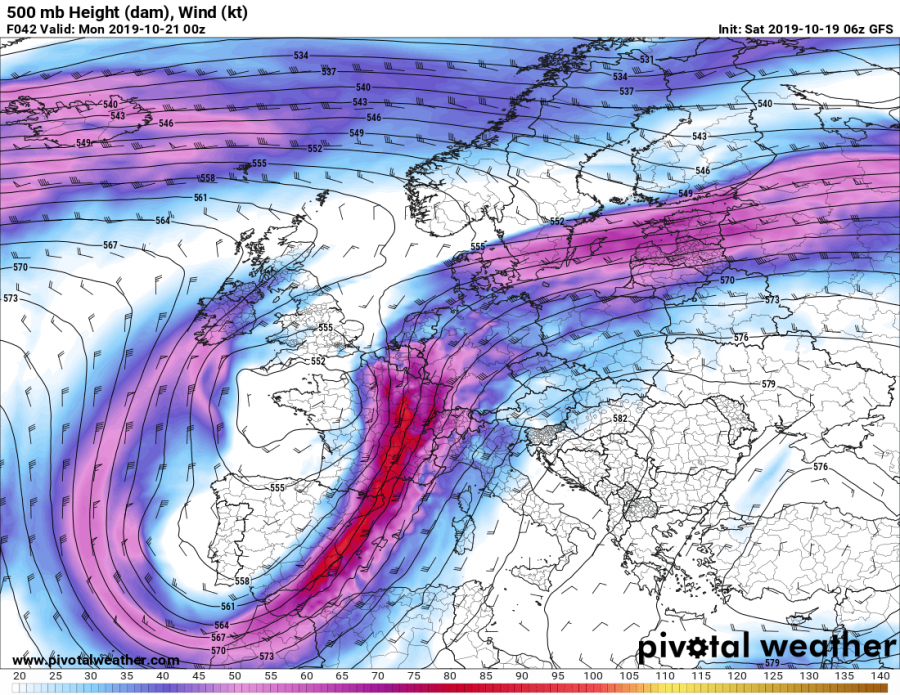 Various models are is quite good agreement regarding the extreme amount of rainfall across the western Alps, including NW Italy, S Switzerland and SE France. As usual, the most aggressive are the high-resolution models e.g. ICON-EU, ARPEGE and WRF. They all are indicating an impressive amount of rainfall through the next 72 hours (until Monday, Oct 21st evening) – up to 80-130 mm in SE France (‎Provence-Alpes-Côte d’Azur region), up to more than 400 mm in the NW Italy (parts of Aosta valley, the Liguria region and extreme northern parts of Piemonte / Lombardia regions) and up to 250-350 mm in the far S Switzerland (parts of Valais and Ticino regions). Additionally, up to around 200-250 mm is also expected across the mountainous terrain of Liguria region, NW Italy. 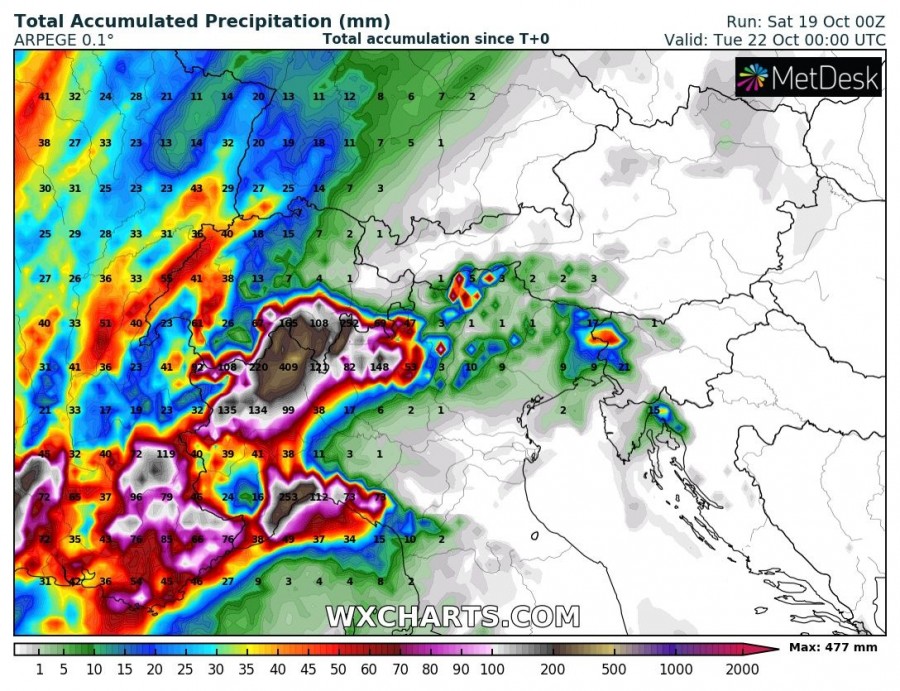 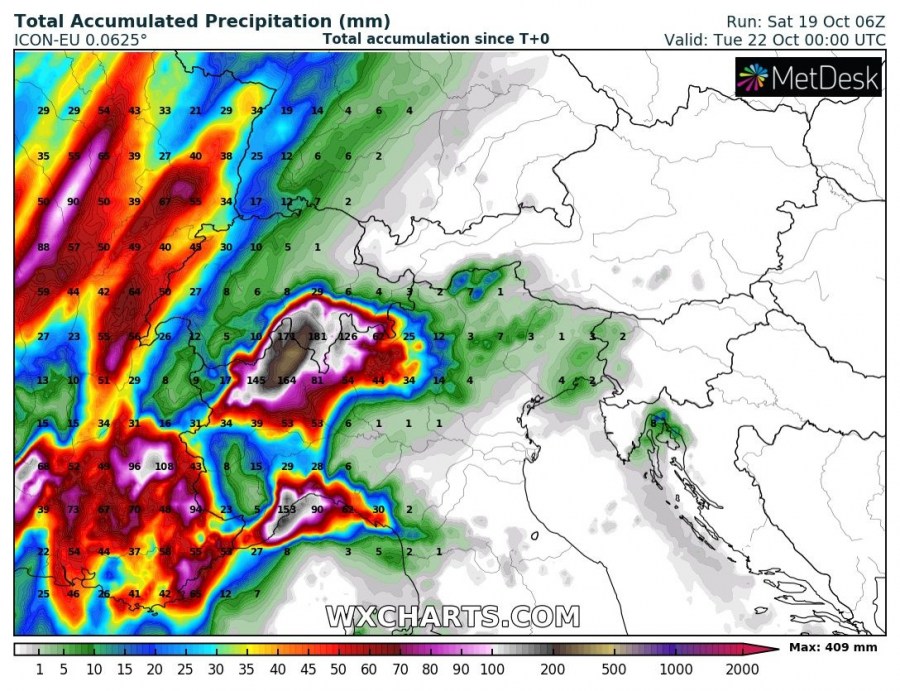 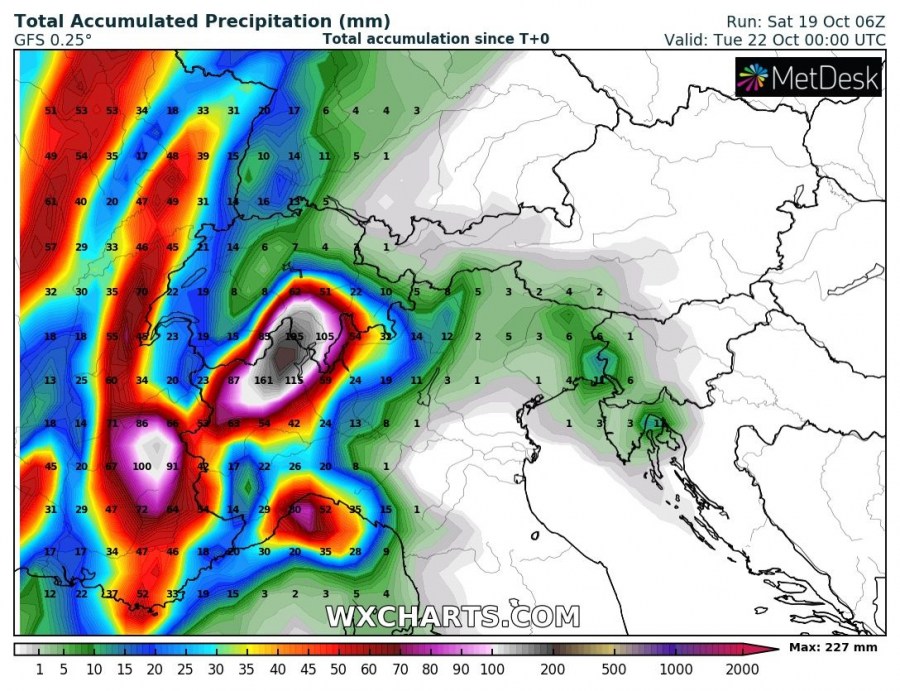 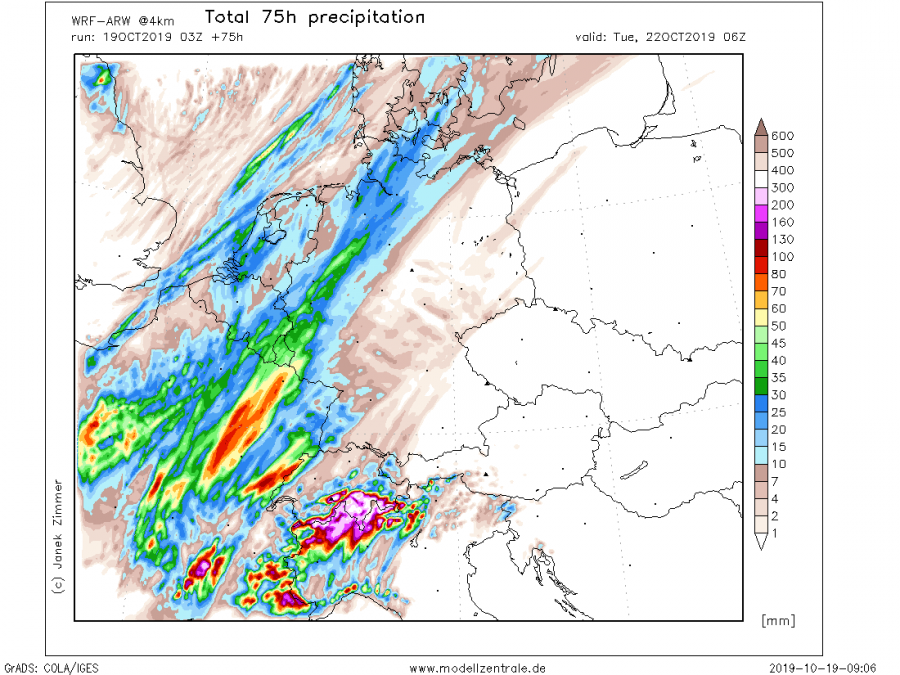 Additionally, quite a lot of fresh snow is expected across the higher elevation of the western Alps, locally even more than 100 cm is likely by Tuesday morning. 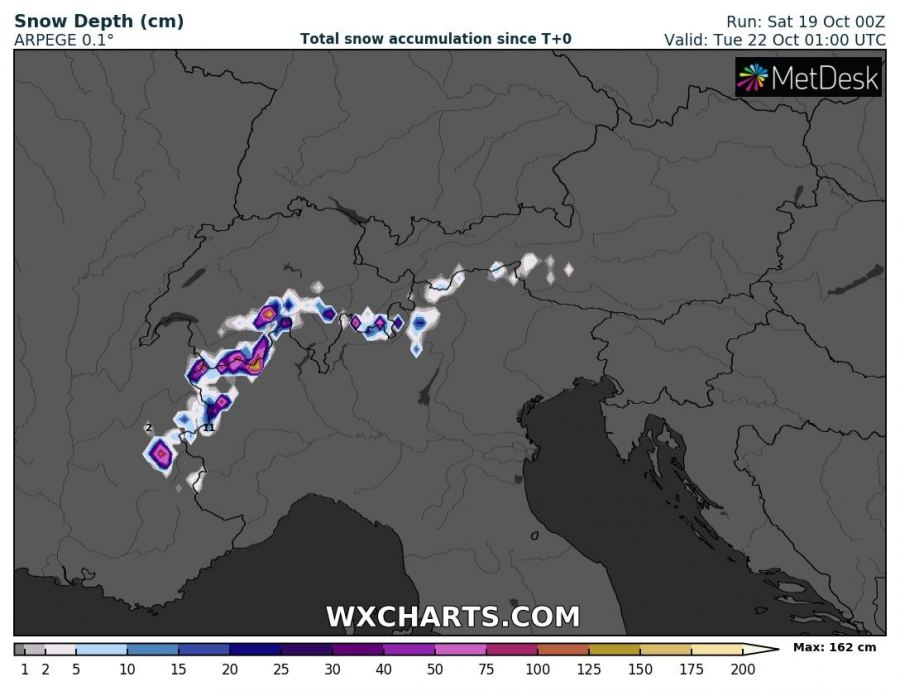 The overall threat should support local flooding across parts of NW Italy and S Switzerland, possibly even across parts of SE France tomorrow and on Monday, Oct 21st. Stay alert for developing dangerous conditions!