Days with precipitation are finally in increase across the eastern and partly southeastern parts of Australia, precisely across large parts of Queensland, New South Wales and Victoria states where a catastrophic wildfires were ongoing in the last weeks. Rainfall and also thunderstorms will increase over fire and drought affected areas towards this weekend and are likely to continue into next week, helping to reduce and limit fire fronts.

Here is a video animation to remember an unprecedented extent of smoke from the Australian destructive wildfires reaching South America:

But finally, changes are coming! The pattern developing over the Asutralian continent indicates a slow moving upper-level trough over southern Australia, gradually strengthening over the next few days. An associated surface low-pressure system will also be gradually deepening, providing more easterly winds from the South Pacific into eastern parts of the continent. This will establish a good moisture advection inland, beneath the upper trough / low to support convective storms and therefore precipitation. It appears likely there will be several waves affecting the region, therefore increasing changes for fairy good amount of rainfall over east-southeast parts of Australia. 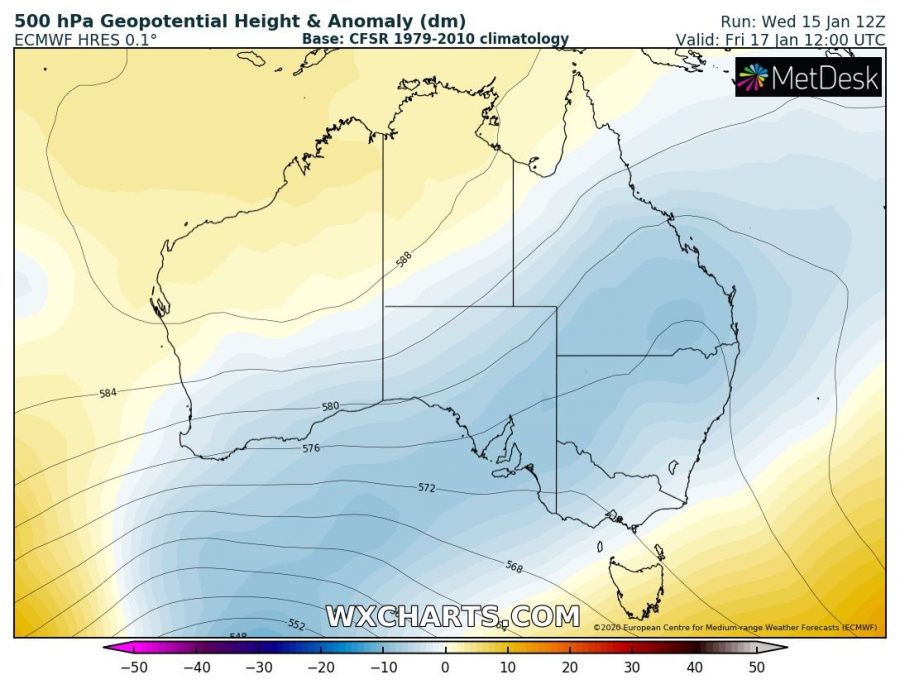 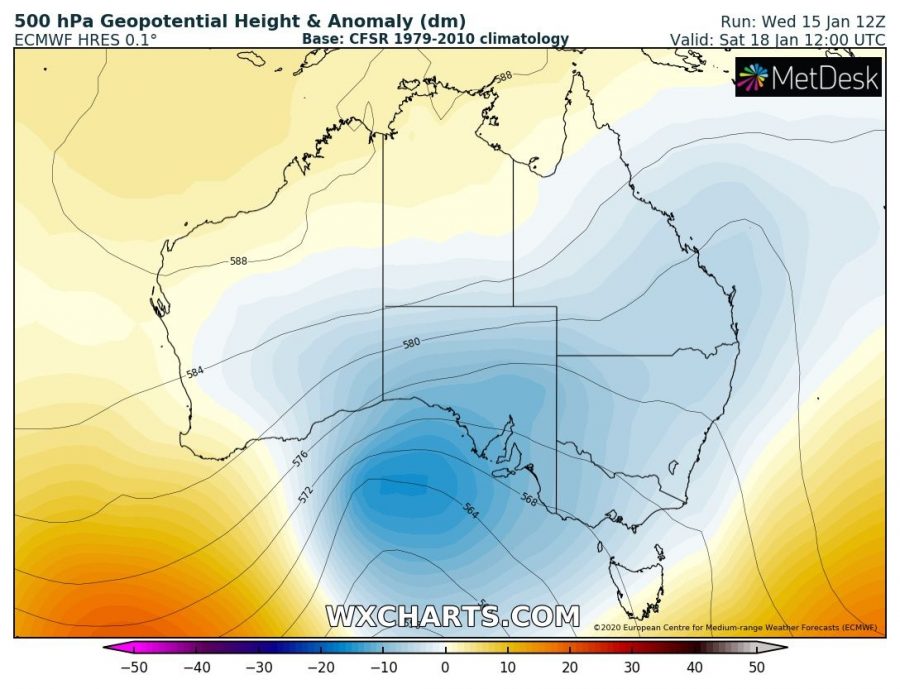 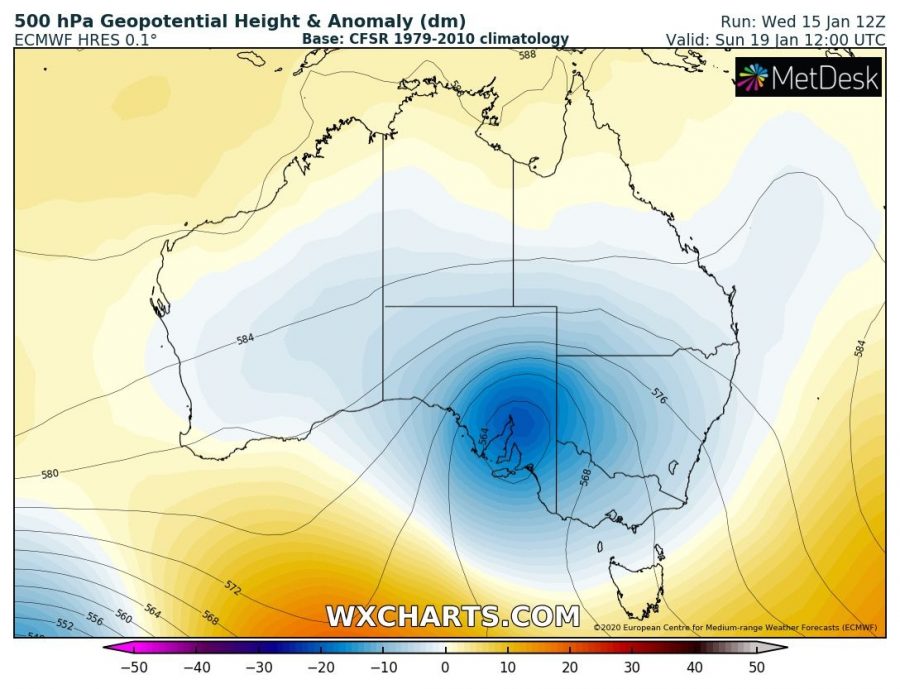 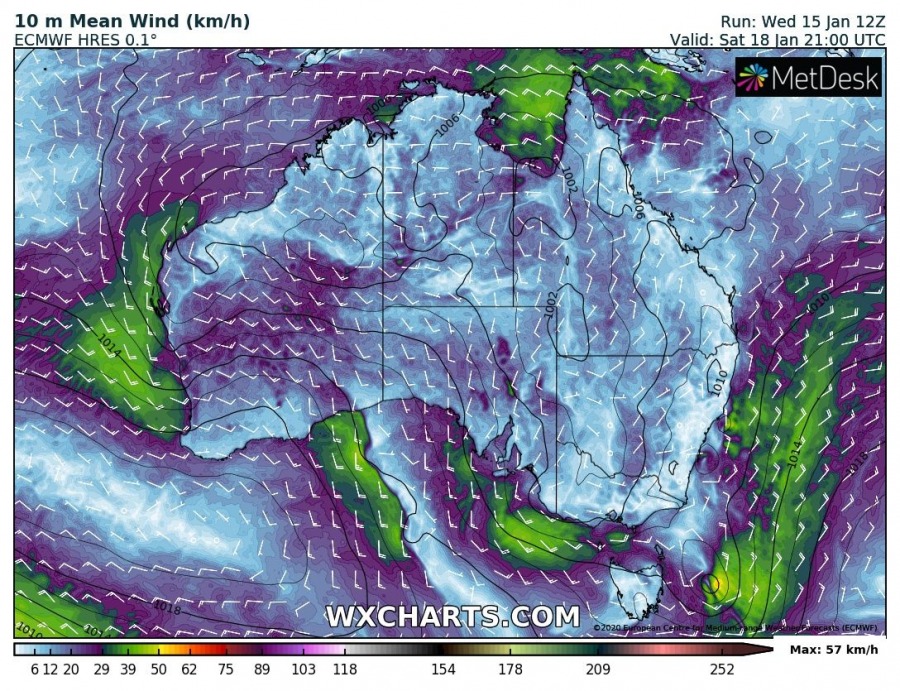 Attached is the GFS and ECMWF model guidance regarding the total rainfall in the next 5 days, both models are hinting quite a lot of rain. 50-100 mm of rainfall will be possible – locally even more – across the eastern Queensland, New South Wales and Victoria states. Notice also quite some rain over the northern parts of Western Australia and Northern Terittory states. Finally some *much-needed* relief for the catastrophic and deadly wildfires lately. 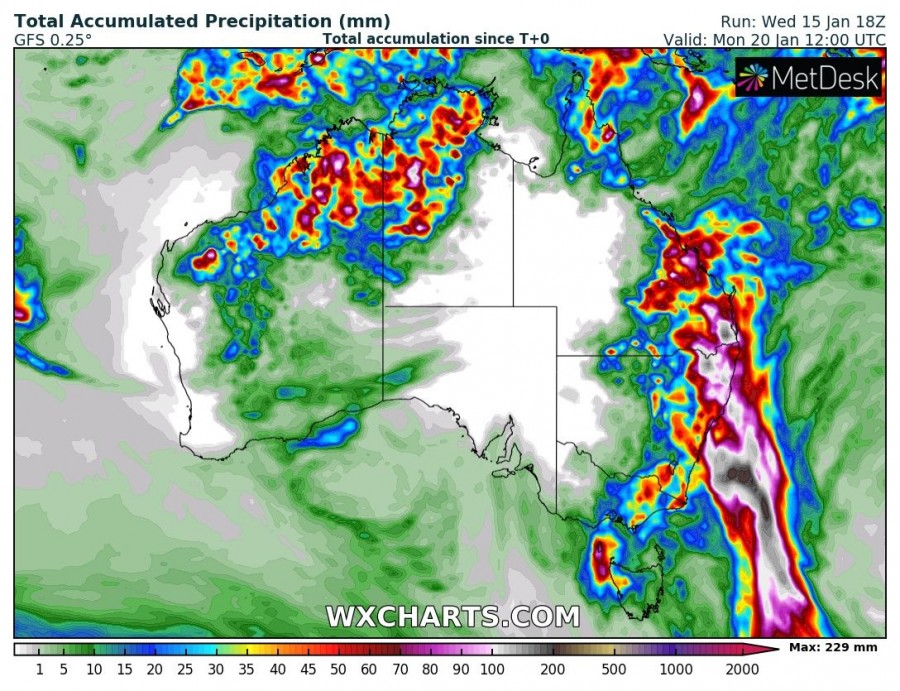 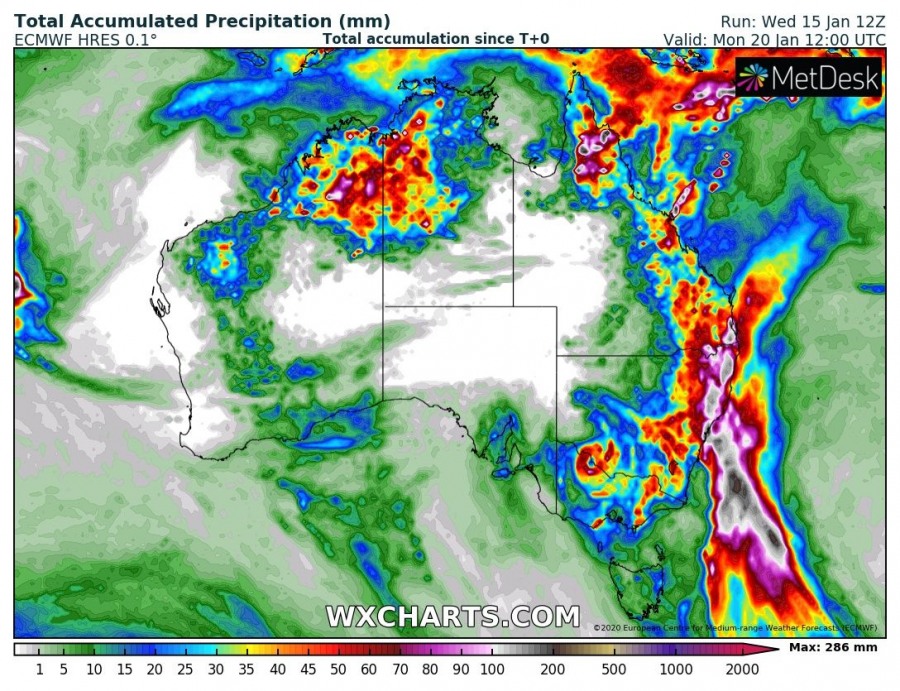 A more dynamic weather pattern and rainy period will also bring much colder temperatures, resulting in well below-normal days across the afforementions regions in eastern Australia. 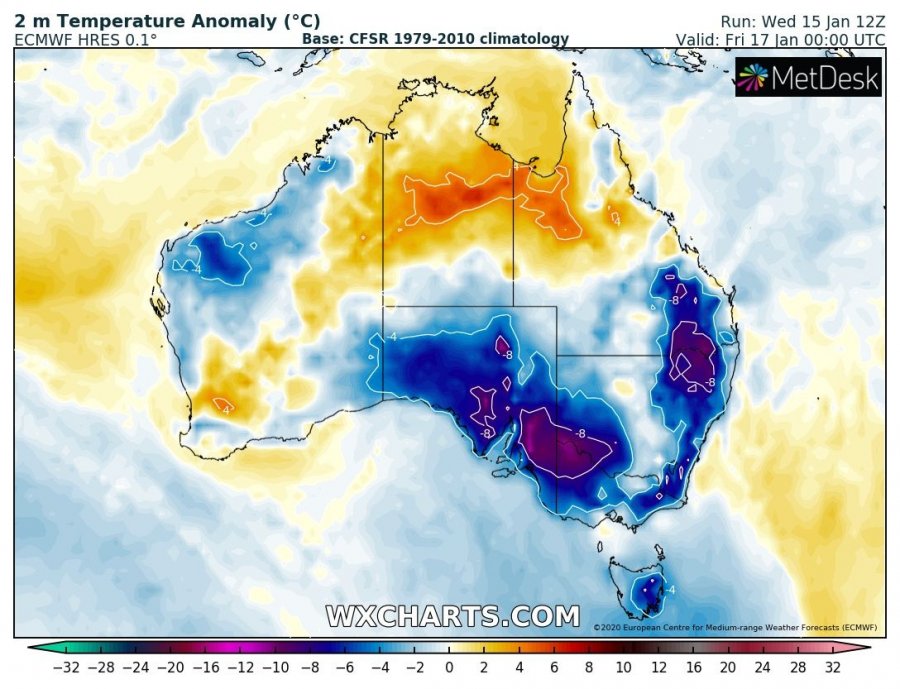 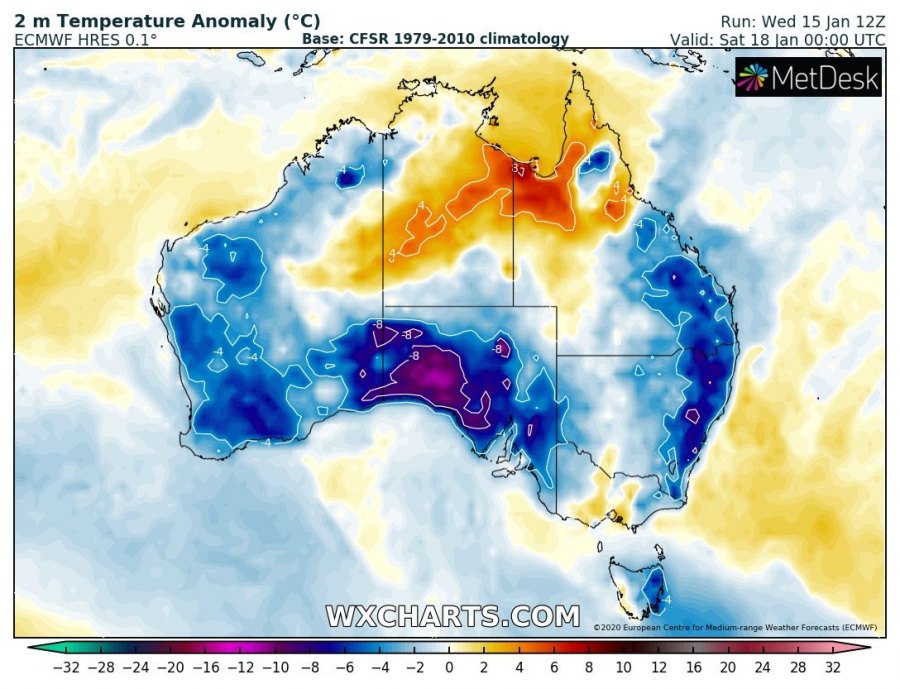