A rather deep surface cyclone will develop over the eastern North Atlantic this weekend, developing widespread severe winds into part of western Europe. Severe winds are likely to spread across Ireland and Scotland on Saturday. High waves are also expected along the western and southwestern coastal areas.

STRONG DEPRESSION OVER THE NORTH ATLANTIC

The pattern over Europe and the North Atlantic consists of a persisting strong upper-level ridge across northern Europe while a rather unusually deep upper-level trough develops over the North Atlantic. It also results in a deep surface low, becoming quite large over the weekend while moving to the immediate west of Ireland towards Iceland until Tuesday. 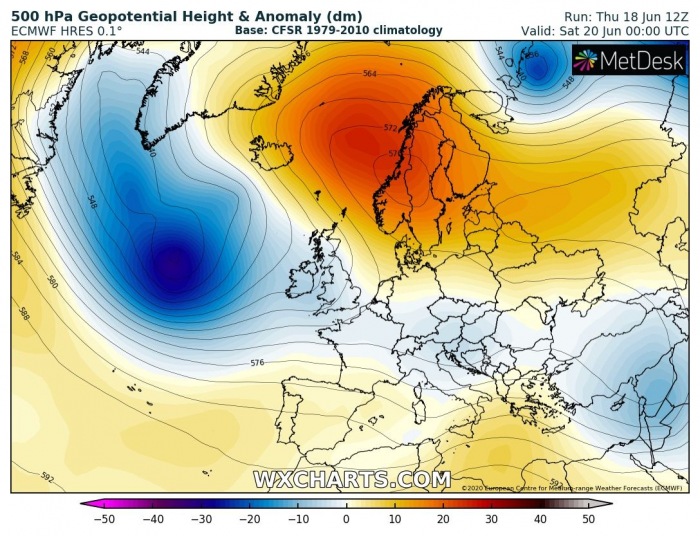 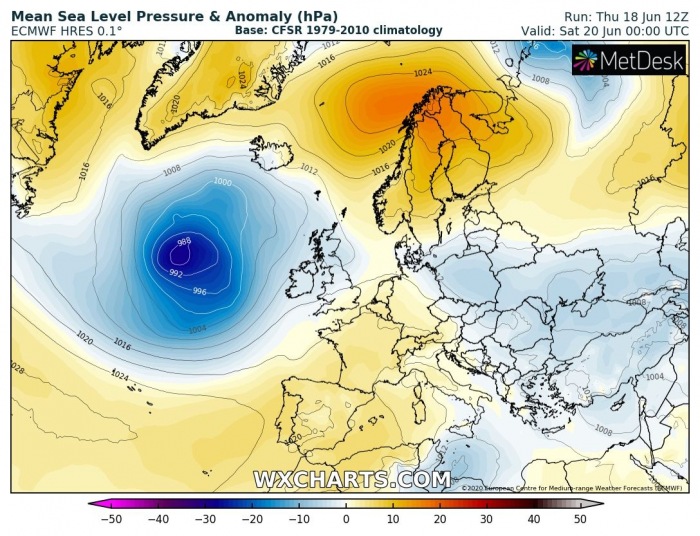 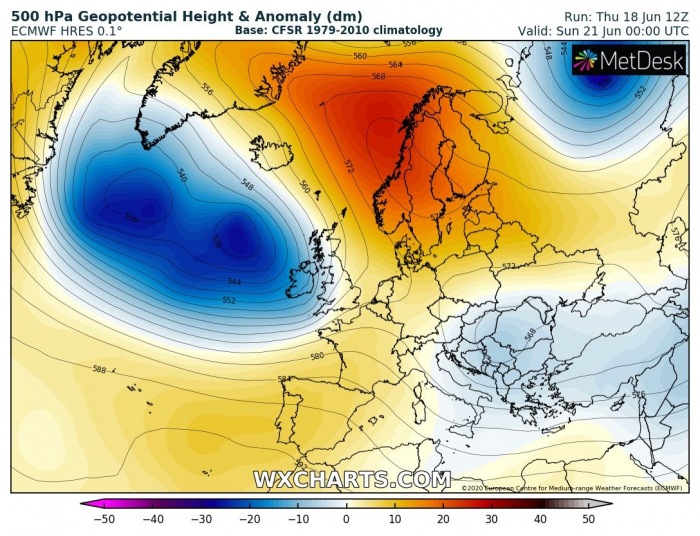 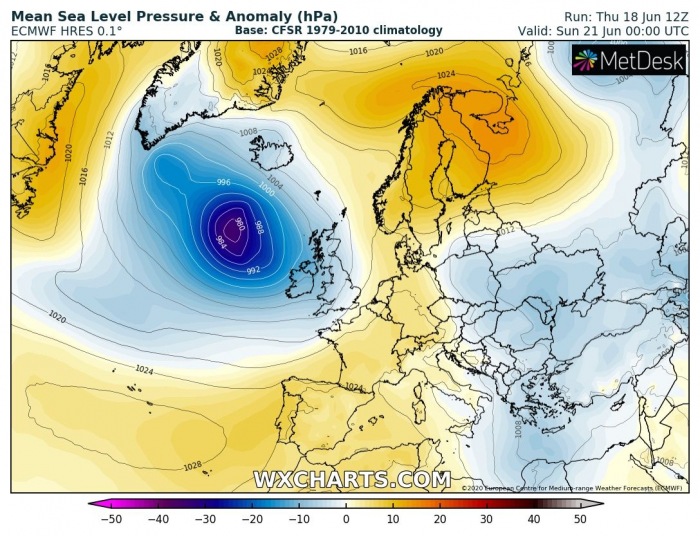 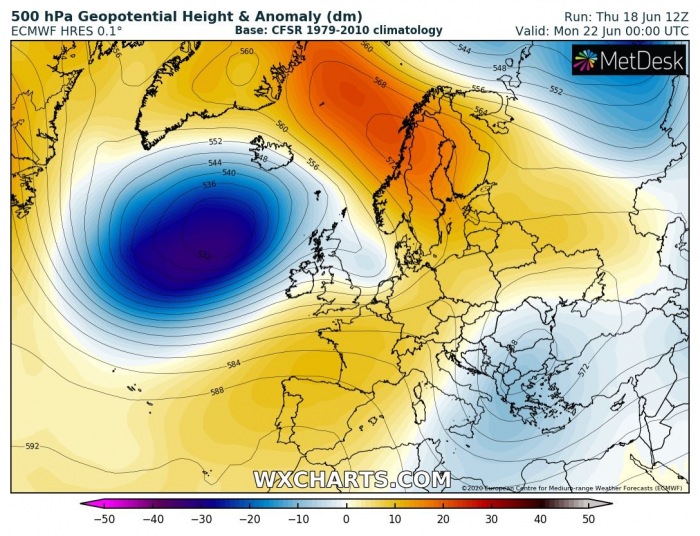 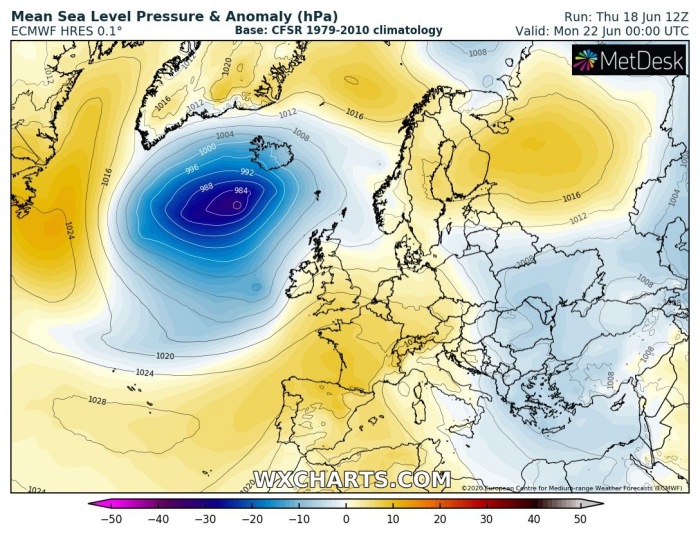 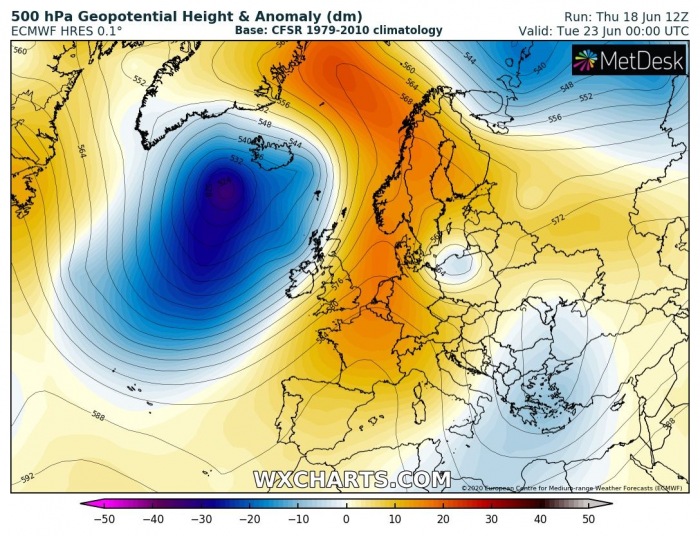 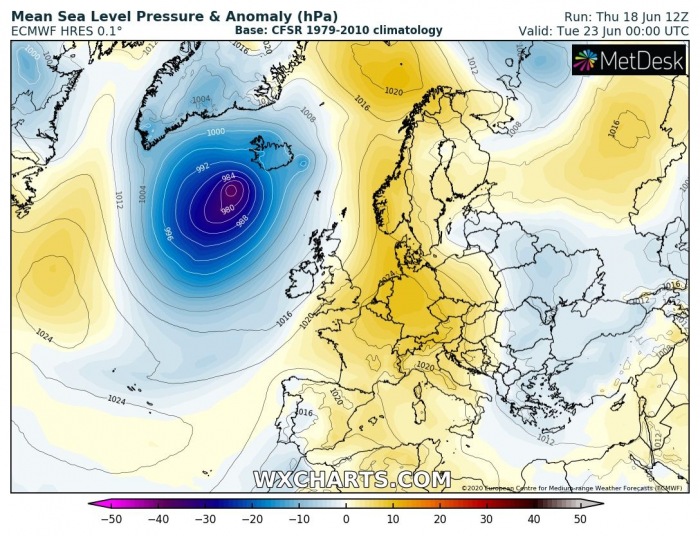 Graphics: WXCHARTS
Here is the main frontal system sequence of the cold front passage across Ireland and UK. The front enters on Saturday morning over southwest Ireland first, and continues east-northeast through the day until Sunday morning. Heavy rain and gusty winds are likely along the leading front. 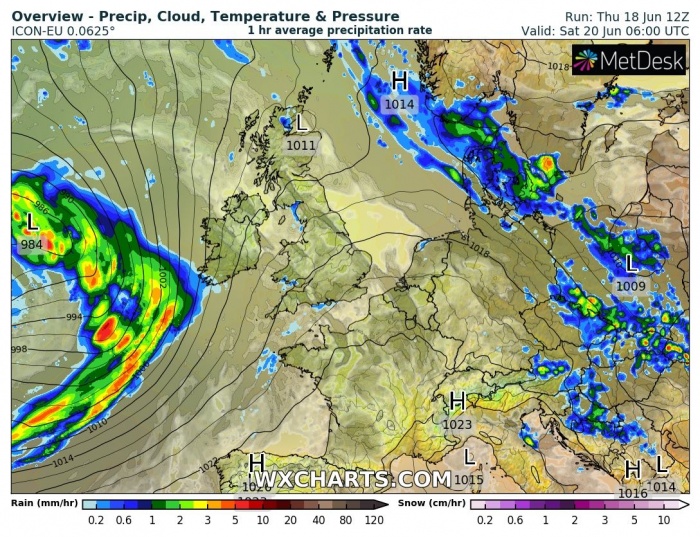 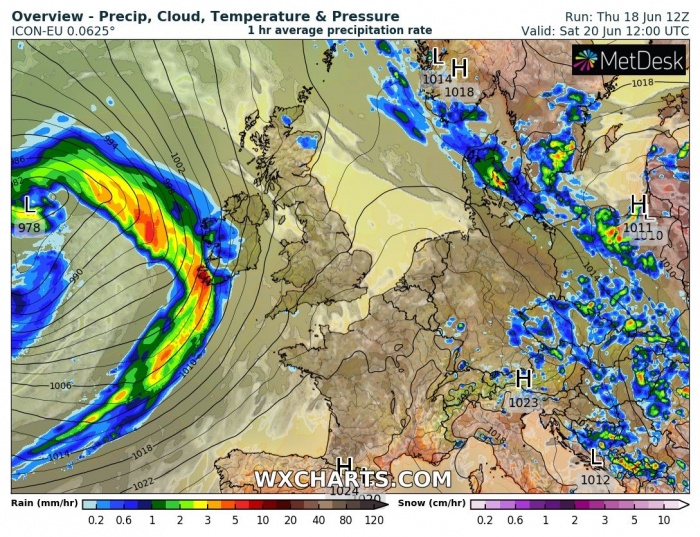 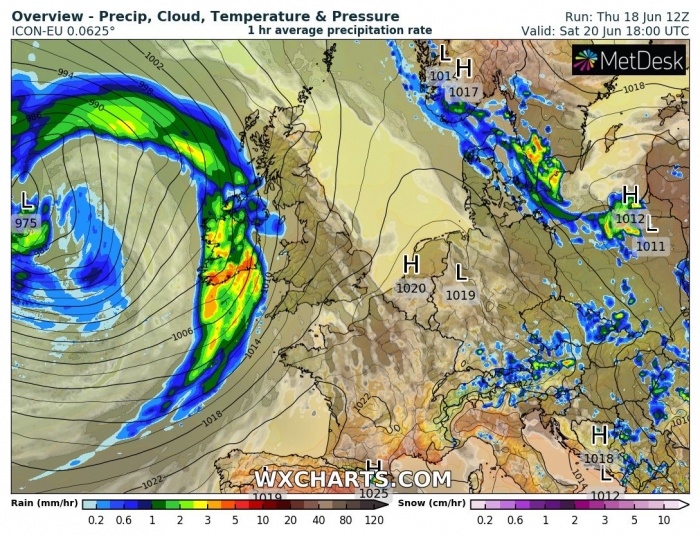 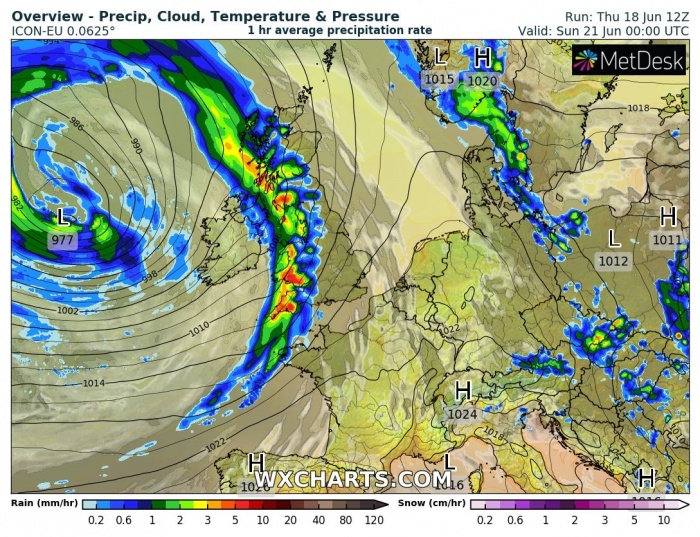 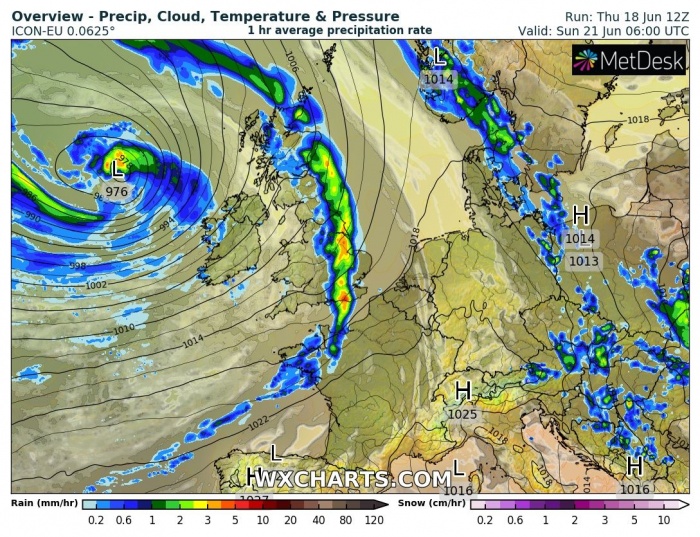 Severe winds will develop across a broad area over the North Atlantic, partly also pushed into western Europe. Especially over Ireland and Scotland. Those should also introduce high sea waves along the coastal areas. Attached are peak wind gusts by ARPEGE and ICON-EU models: 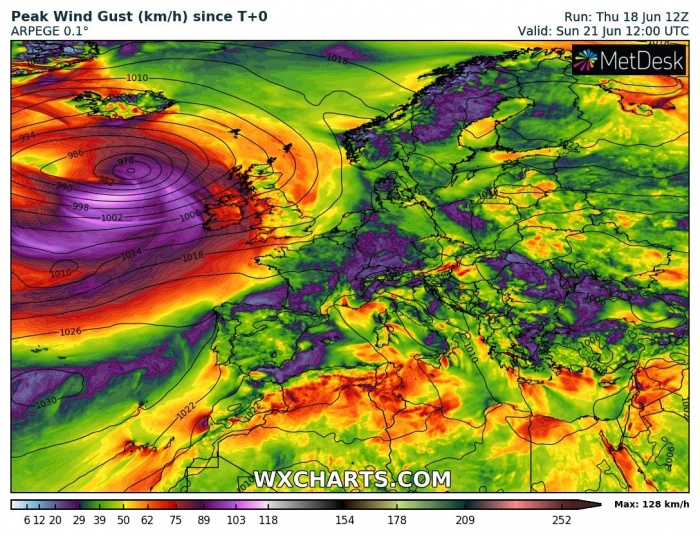 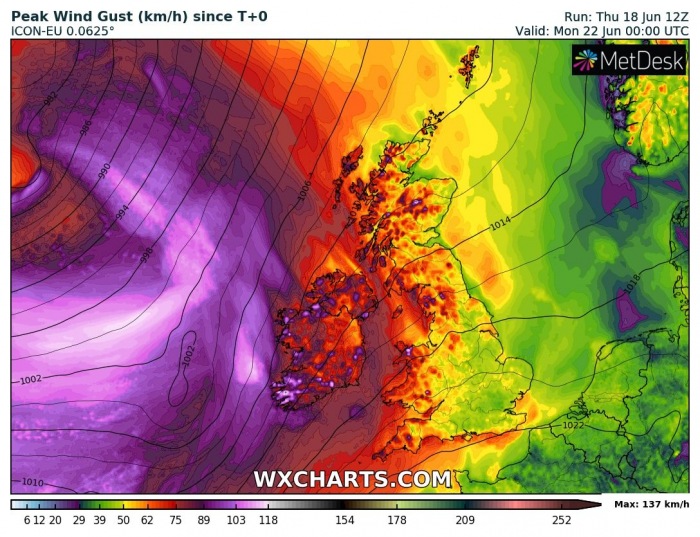 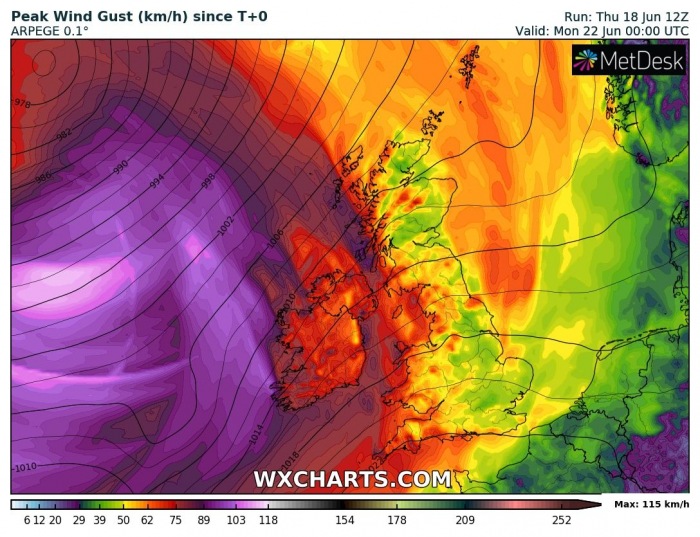 Graphics: WXCHARTS
Stay alert for some damaging winds threat locally through Saturday along the main cold front and also behind it with the winds from a southwesterly direction.